Yar Achien, a 35-years-old mother of six was among the 17,127 people who lost their homes and property to floods in Bor County, a part of South Sudan’s Jonglei State. They fled for safety in Mangala IDP Camp located in the country’s capital Juba.

“I never thought we would still be alive today. Having walked to get to this place was tough. But as a mother, I endured it to get my children to safety”, Yar shares.

“For countless times I go to bed hungry to save the little food for my children. The food assistance from World Vision is all we have. I look forward to it every month as our only hope for survival”, she says.

Recently, through the Gift-In-Kind Program, World Vision US donated 1,832 cartons of VitaMeal, a high protein rice for the food and nutrition program responding to the most vulnerable flood-affected households.

The VitaMeal food supplement helps improve the nutrition of children and families to complement general food distribution program, as well as other emergency assistance that people in Mangala receive.

During the distribution, Each household received 12kg of VitaMeal. Prior to the activity, World Vision’s nutrition team did demonstration sessions for people to learn how to cook their share.

Yar says, “My child already likes the food, and am happy because it will not only save them from pangs of hunger but also rich in nutrients to prevent my youngest children from malnutrition.”

Vitameal is fortified with vitamin A, which helps boost immunity from diseases and other minerals like Zinc that balances the electrolytes in the body addressing diarrhea.

Mary Michael, a pregnant 33-year old mother of seven shares, “I have learned how to cook the nutritious meal and will not worry for a few months on what to prepare for my children.”

Komakech Ronald Mandela, World Vision’s Juba Urban Nutrition Manager says, “Vitameal is fortified with Vitamin A, which helps boost immunity from diseases and other minerals like Zinc that balances the electrolytes in the body addressing diarrhea.”

According to Mary, she at first refused to show up for the cooking demonstration because she thought there was no need since she already knows how to cook.

“Every mother knows how to cook, but I must say, instead of keeping my children safe from malnutrition, I would have caused them to get malnourished and sick due to lack of knowledge of how to prepare the VitaMeal properly”, says Mary.

Vitameal is composed of rice, lentils, vitamins, and minerals. “Now I know the amount of water needed to prepare for a 1kg of the food supplement and what not to add. One pack of Vitameal contains all nutritious food my children need to be healthy”, she happily adds.

Mandela adds, “Every family member can eat the Vitameal. But it is very important to prioritize the children, pregnant and lactating women who are at risk of malnutrition to eat at least a meal of VitaMeal every day. Each pack distributed is good to last for 30 days.”

Dada said every VitaMeal assistance for the internally-displaced like Mary and Yar in Mangala is an opportunity children to have nutritious meals. UN report states that there are 1.6 million internally-displaced people in South Sudan, over 234,000 are in Central Equatoria State where the capital city Juba is located. 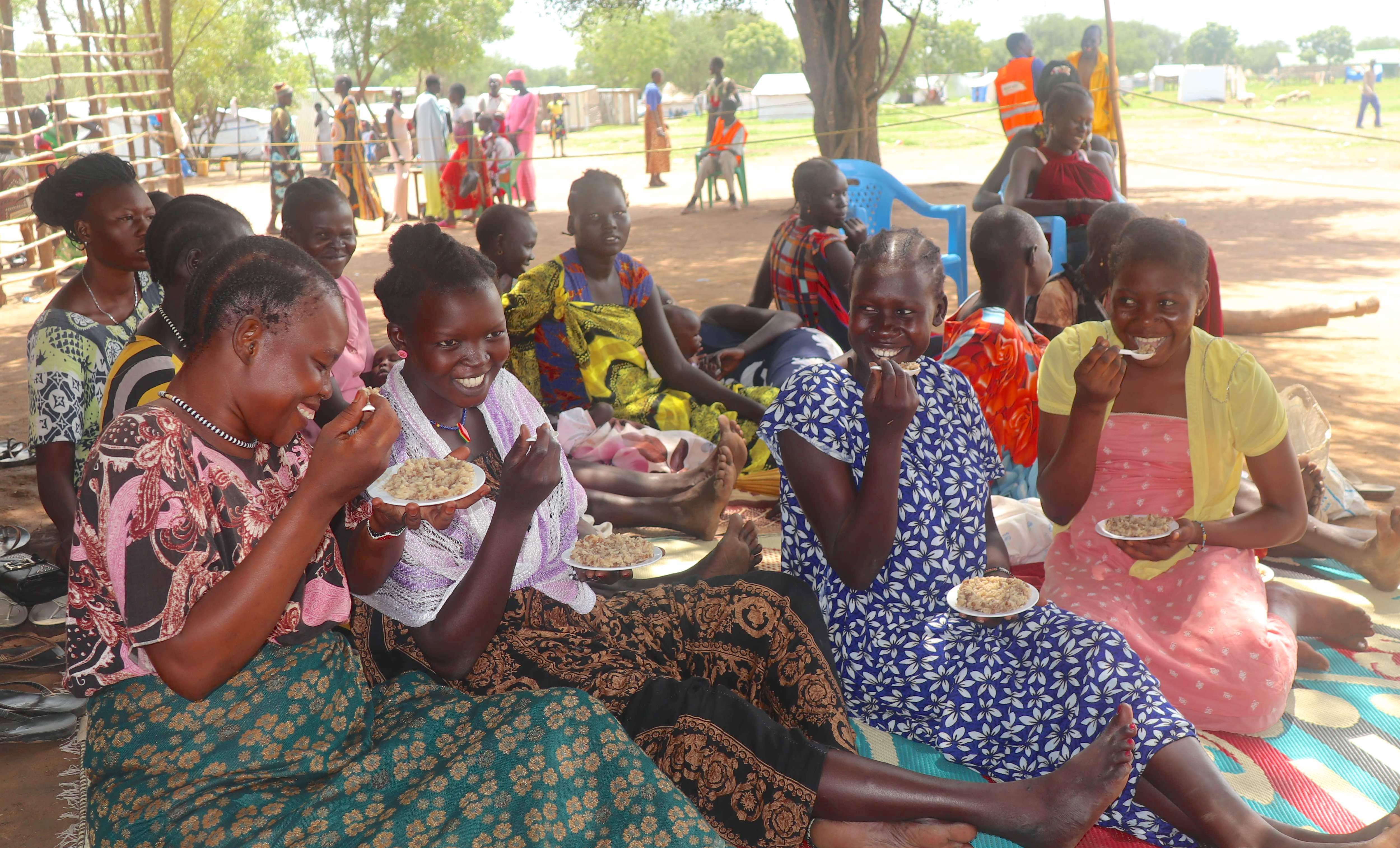