In Mali, long-term conflict is causing high levels of food insecurity among internally displaced families living in the central and northern regions of the country. Attacks to entire villages by armed groups still active in the area caused a social calamity, with the collapse of social service structures active in the past.

As a result, conflict is causing unprecedented consequences to the lives of people, particularly children, and their families; most of which are suffering from trauma, fear, malnutrition, lack of education, poor health, and unemployment. Unfortunately, among this vulnerable group, one can always find the most vulnerable. Forty-one-year-old Diadie Diallo’s family is part of this category, as he shares. “My name is Diadie Diallo; I am a retired soldier and father of seven children. Due to the insecurity here, I am unable to look after my family of 21 members”, he says.

Today, people like Diallo no longer go far from the village to farm due to insecurity. The ex-soldier decided to leave his home village at Bandiagara district to find refuge in a village five kilometres from Sevare, after frequent attacks in his village.

Before the conflict, Diallo was a good cattle breeder and farmer. After harvest, he used to fill his granary with millet that could feed his family for a year. “In the past, I was a happy man, because I could sell my livestock to support my family financially and farm to feed them”, he shares. “But the conflict ruined everything. I moved here, because I thought that it would be a better place for me to raise cattle, farm, and look after my family. Unfortunately, due to my military background, my family and I quickly became a possible target for the armed men.”

As such, farming is a life-threatening activity here for Diallo. He adds that despite feeling relatively safe in his current location, he only feels in security when his among other locals.

Apart from the amount received, Diallo also benefited from a plot of land - measuring 10x4 metres – where he grows seasonal vegetables such as onions, indigenous plants, and okra. For a limited period, this activity allows his family to consume what he gets out of his garden close to where he lives. 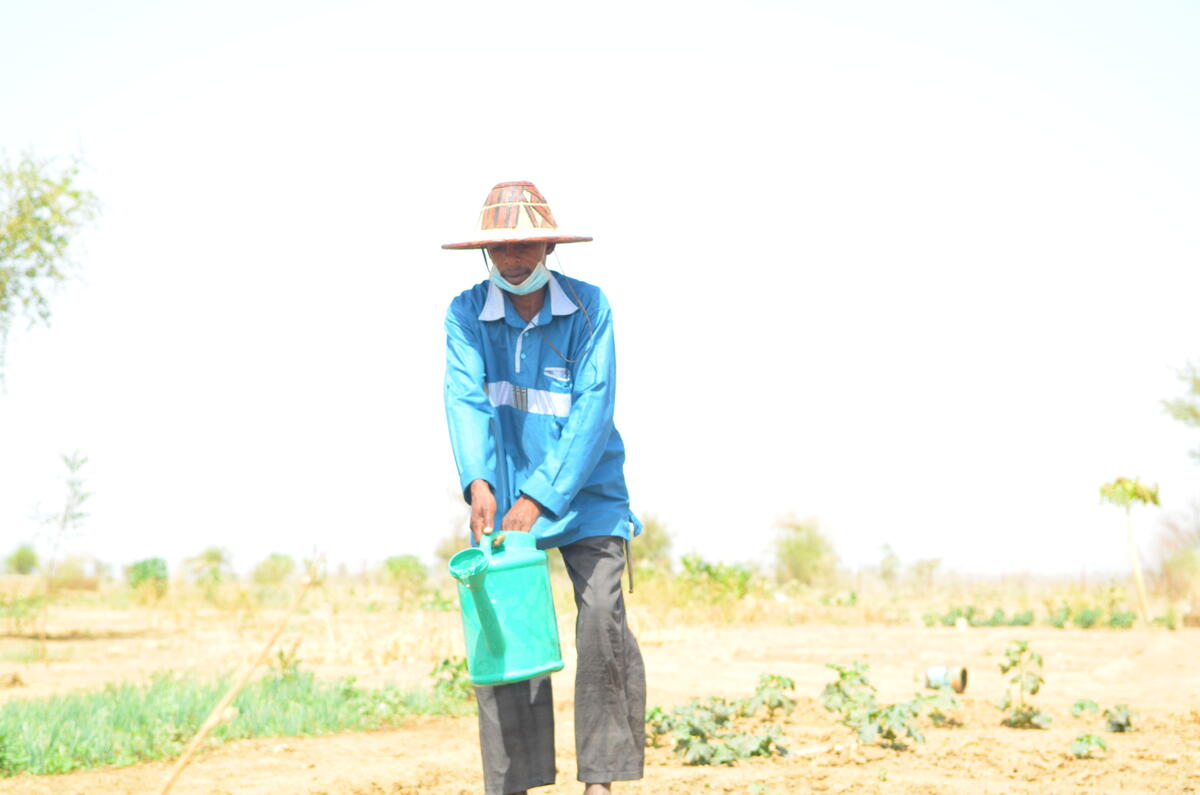 This support has allowed Diallo to look after his family for a short period, but it does not represent a permanent solution for the family's lack of food. The evidence is that currently, little Mariam who is just a year old –Diallo’s youngest daughter– is suffering from acute malnutrition.

“During the time I benefited from the project, our living condition was a little bit better”, shares Diallo. “Regrettably, this support only lasted for a short while, and then life became difficult again. As a result, I could no longer feed my children adequately or send them to school. My children expressed the desire to attend school but I am unable to grant their wish.”

In the middle of all this difficulty, Diallo as any head of household would, desires only the best for his loved ones. Nonetheless, he acknowledges that he cannot do the impossible. “I wish I could feed my family and send my children back to school next year, but my greatest desire is for this conflict to end so, that I can get back to my normal activities that will allow me to support them”, he says.

World Vision’s Mali Resilience Programme (implemented in areas covered by the organisation’s emergency response) funded by the World Food Programme (WFP) began in October 2018. In its third phase, the project has reached 718 vulnerable households in four villages in the commune of Sio, including Diallo’s one.