Once you are in Jumla, its beauty captures you. Home to beautiful high valleys and historically significant places, Jumla has a lot to offer in both nature and culture.

However, this beauty comes at a huge price; Jumla’s locals have to face extreme weather conditions. Typically, Jumla’s infamous dry weather lasts for around eight months a year, causing prolonged droughts throughout the district. Farmers suffer the most due to this, with huge amounts of crop loss threatening the food security of locals.

Such was the situation of Malikathanta village until two years ago.

Many people who are dependent on apple farming for their livelihood were having a tough time sustaining the plants. “We hardly got any rain and had no water to irrigate the plants. Due to this, either their branches would dry up and fall off or the flowers would wither before developing. We were frustrated,” shares Kalpana, a farmer. The food crops that did grow were hardly suffice for three months, after which the villagers had to resort to buying from local markets.

In addition, fetching water was a tedious job, taking up most of their time. “We would carry our vessels and begin walking to the water source at the break of dawn. Reaching there would take about two hours and we would have to wait 3-4 hours for our turn to come. By the time we got back home, it would be getting dark and we had to use lamps to show the way,” adds Kalpana.

In October 2017, World Vision International Nepal began implementing a village sponsorship project in Jumla, under the financial support of World Vision Switzerland. A comprehensive agricultural support was proposed in the areas, including Malikathanta. Following this, a snow pond was built to collect water to irrigate fields. Locals were also supported with technical trainings and agricultural inputs.

Building a snow pond at that height was quite an arduous task, as one would expect. It took sixteen days just to transport the raw materials. To make matters worse, construction took place during monsoon, with sporadic rains making the roads slippery and the villagers’ task, more challenging. However, the villagers’ spirit stood strong through it all. In a matter of weeks, the snow pond was ready for use.

The following March, after the villagers’ first winter with the snow pond, they sprayed water on their crops with a hosepipe for the first time. “We were so happy that with a simple solution like that, a lot of our hard work was minimised. It was actually working!” recalls Kalpana. With timely irrigation, the crops and plants survived and production increased, more than ten times. “Two years ago, my farm produced only 40 kilogrammes of apples. But, last year it increased to around 400 kilogrammes,” shares a local.

Furthermore, a fresh vegetable producers’ group was formed in this community, consisting of 22 people. The group members received trainings on the use of organic fertilisers, hybrid seeds and modern agricultural tools. They were also supported with agricultural tools such as poly tunnels, irrigating jars, vegetable seeds, etc.

One person who has hugely benefitted from this support is Dipakali Thapa, also the president of the producers’ group. Around six years ago, Dipakali’s family had resorted to selling potatoes, pulses and doing construction work, after their small tuck shop was shut down due to recurrent losses.

Dipakali would grow small amounts of crops that wouldn’t last more than a few months.  She had a small farm that was unused due to the dry weather and scarcity of water. Lack of food and lack of stable income sources meant a difficult time for her family, especially in the winter. “We never ate green vegetables during winter, as the only available foods were rice, pulses and potatoes. There were times when we only ate rotis (Nepali bread) and chillies,” she adds, “During my pregnancy, I had night blindness because I wasn’t able to eat nutritious food. My son, Hari Krishna, was also underweight and I was really scared for his health.”

But, to Dipakali’s relief, she received all the knowledge and agricultural supplies she would need to do off-seasonal farming on her once unused land. Now, Dipakali grows vegetables like saag (green leafy vegetables), peas, tomatoes, carrots, radishes, etc all year round. “My son is eating vegetables and is healthy. I also sell the vegetables in my community and earn around NRs.1,000 (equivalent to USD 10) per month,” shares Dipakali, who wants to increase her production gradually.

Most members of the producers’ group led by Dipakali have followed the same path and have begun growing vegetables irrespective of the season. “World Vision staff came to us saying that they will not solve our problems but teach us the way to do it ourselves, and indeed they have. With their support, we now have easy access to water and have nutritious food most of the year,” shares Kalpana, one of the members.

With World Vision’s support and its partner NGO, Karnali Integrated Rural Development and Research Center’s (KASDA) implementation, the capacity of locals of seven wards of Tila Rural Municipality to cope with food security shocks has increased by 25 percent through an increase in income and the ability to produce enough crops to sustain families for more than three months. 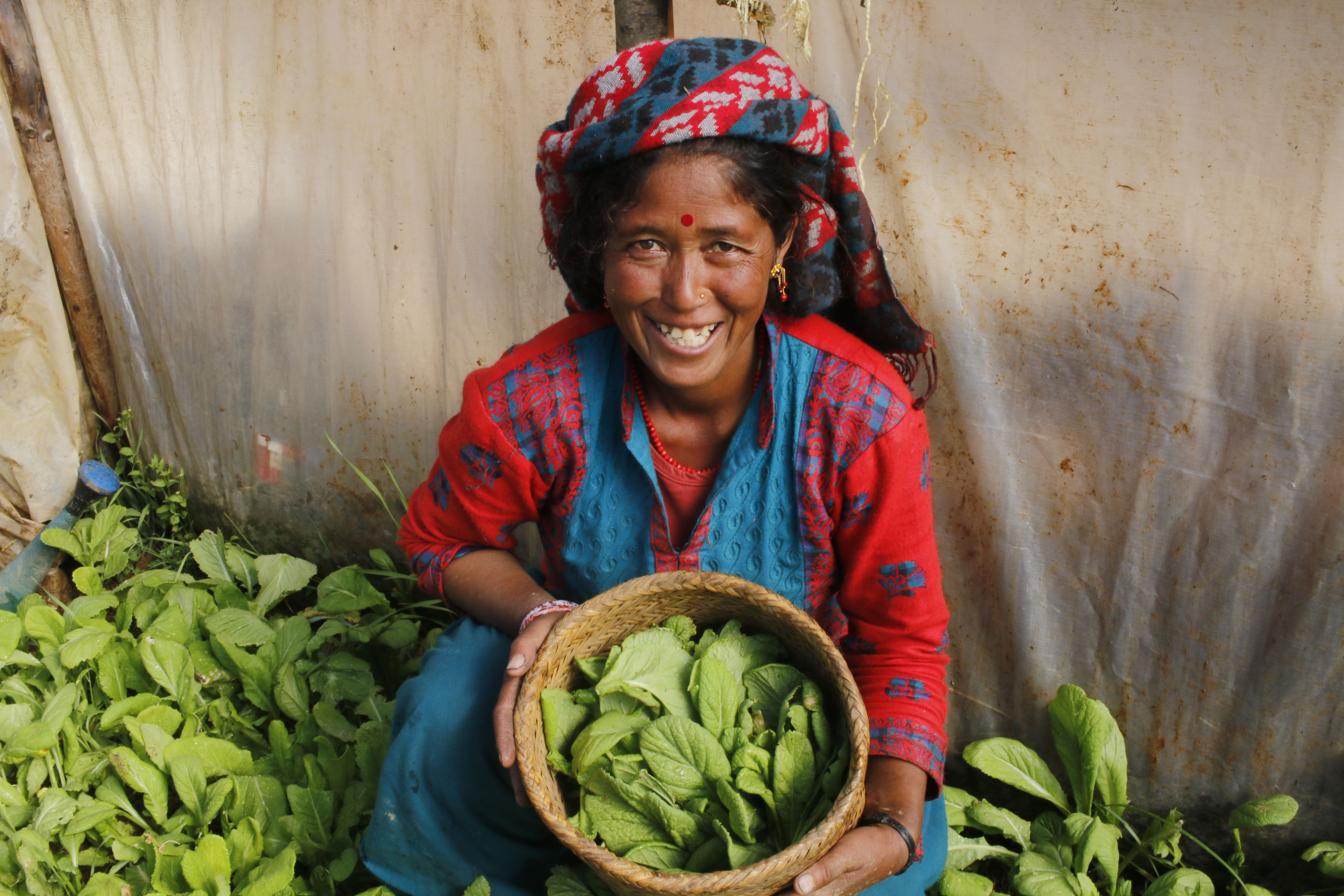