Children are the most magnificent thing a parent can have. There is a belief in some African cultures that having children guarantees one's inheritance and is a source of prosperity. For many African women, being able to bear children is almost like a requirement for holding a marriage together, and being accepted among one's peers and by in-laws. Although this gift from God is a source of so much joy for a family regardless of their roots, in conflict situations, children's upbringing can be difficult and challenging. For families affected by conflict, there is nothing worse than being in a situation where a parent does not have the means to look after their offspring.

Due to conflict and displacement of refugee families fleeing insecurity in Nigeria, several families and children are facing the heavy loss of separation and mourning for their loved ones. Little Rabilatou, a nine-year-old gentle soul living in Garin Kaka refugee settlement for the past year, is among children trying to grow up with the scars from the conflict.

"One day I saw my uncles bring my father's body in the house. Everyone was crying and screaming. I was confused and scared so I started crying too”, Rabilatou recalls with sorrow. “I heard my uncles saying the armed robbers killing my father and three other men working in the farm".

As she tells us her story, Rabilatou looks at her uncle, Issa Achirou, responsible for looking after her now, and bursts into tears. A silence takes over their small hut, while little Rabilatou tries to dry her tears with her hijab. At that moment, I ask myself, how one could console an orphaned child who has faced this much trauma, and struggle to find an answer.

The concept of family in many African communities is very different from a European one. In most African cultures, an uncle can have more rights than a father over a child, because the former is the one who gives the girl to marriage. Issa is Rabilatou's paternal uncle and her guardian since she lost both parents, in the Nigerian state of Zouparo.

Issa has been living with Rabilatou, his wife, and his first offspring – an eleven-year-old girl called Safaria, in Garin Kaka refugee settlement for the past year. “I was one of the last family members that remained after the second attack in our village. When they came to finish up with us, I managed to escape to seek refuge in a nearby village. While there, I found little Rabilatou by chance with some strangers. During our surprise encounter, she told me that when they returned (the armed men) she simply decided to follow a running crowd to escape the terror". Says Issa holding his hands very tight against each other.

When Issa was reunited with his niece and other family members, they decided to leave Nigeria to seek refuge in Niger. Issa's decision was similar to that of thousands of people suffering the same fate.

Issa recalls that the journey was a difficult one, but recognises that it was worth it. "We stopped in so many places and stayed in at least two transit camps, before being settled permanently here in Garin Kaka. Here, my family members are safe and out of danger. Rabilatou goes to school in the nearby village and plays with her friends at the children centre in the settlement". Adds Issa, looking at his niece.

Rabilatou requires support to recover from the traumatic experience of losing both parents; her father during shootings of men on the farm, and her mother due to a long-term illness, all within a short space of five months. "When we first arrived here, she did not used to sleep or talk much”, shares Issa. “Rabilatou used to cry all the time.  My wife and I become worried about her. As such, we took the decision, to let her spend more time with her friends. After that, we noticed that she was happier with the new friends. I also noticed that since she joined the local primary school, her sleep improved”.

As she continues to recover from the horror and trauma, little Rabilatou is still a quiet and lovely girl that adores to practice the alphabet and play with her best friend and next-door neighbour. Before I said my goodbyes to the family, I showed them a picture of my child – my 10-year-old girl - to Rabilatou in an attempt to break the ice between us. After staring at the picture on my mobile phone for a few seconds, Rabilatou seemed more relaxed. At that moment, I was able to find out what she wanted to become when she grows up. “When I grow up I want to be a teacher because I love school. When I come back from school, I love to play near the water point with my friends", she said with excitement. 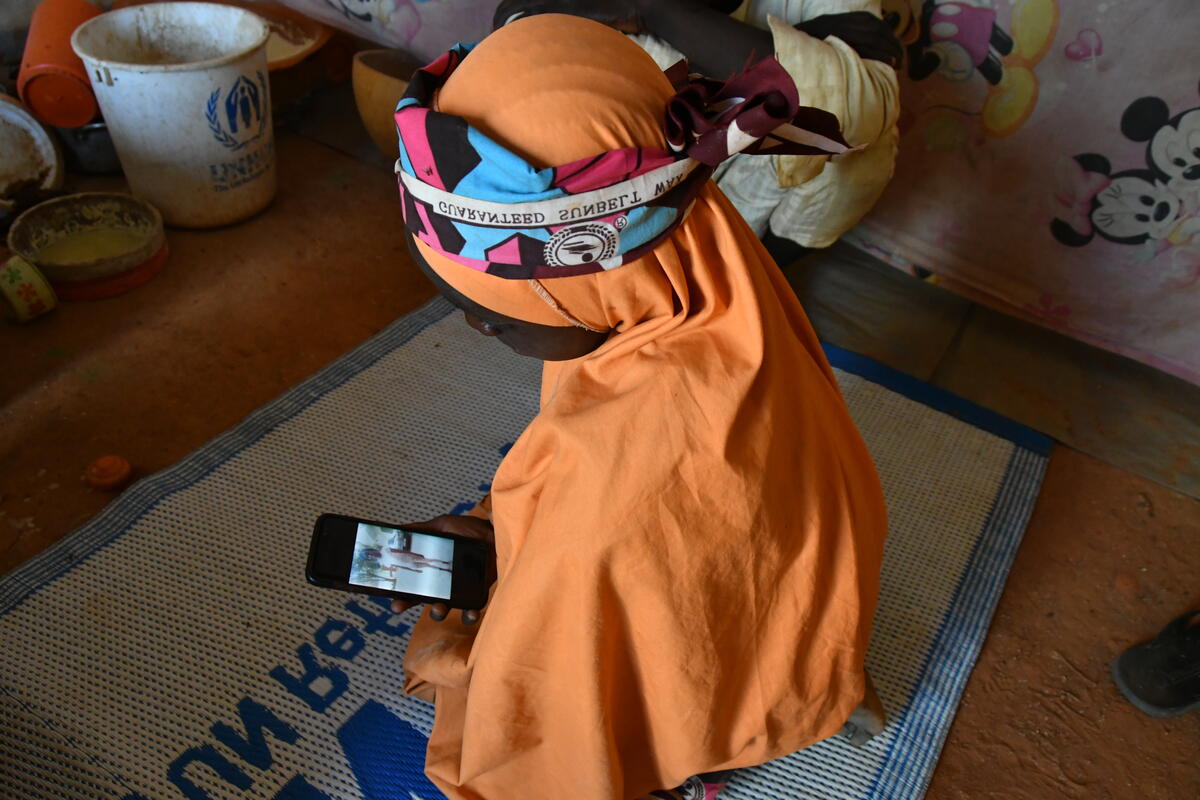 Although little Rabilatou is coping with the emotional scars of losing both parents, her uncle is trying his best to provide a decent life for her. “We are safe here, but sometimes we don't have sufficient food, so there are days that Rabilatou goes to school on an empty stomach", reveals Issa with a powerless look on his face.

Rabilatou's sad story is an urgent reminder that innocent children need urgent protection and care from man-made conflicts like the one currently ongoing in parts of the Sahel region. World Vision calls for urgent action from all actors, in favour of vulnerable children and their families. Click here to learn more.