“The internally-displaced persons (IDPs) in Melut County had been wanting to return to their homes in Baliet County for a long time. Their condition in the internally-displaced camp is also not ideal especially for their children”, says Inos Mugabe, World Vision’s Zonal Programme Manager in Greater Upper Nile State.

Over 6,000 IDPs were repatriated from Melut IDP camp to Baliet County through the support of the humanitarian community led by various UN agencies. The UN-OCHA’s Deputy Country Representative Susan Le Roux led the multi-agency visit to check on the needs of the returnees and witness the interventions that are being provided.

Deputy Representative Susan Le Roux thanked the Baliet community for welcoming back their former members, sharing the available resources they have as they safely integrate and settle into the community. Le Roux was also keen to hear the gaps in the humanitarian assistance to advocate for more resources from donors.

Some of the people shared that they were very scared to return because for fear of losing their belongings, houses, livestock, livelihoods. But the difficult conditions in the camp and the support of the humanitarian community also eased their concerns.

The repatriation has been fast-tracked to get ahead of the expected heavy rainfall which could render many roads to become impassable, making it difficult to move people and supplies. Many of the areas in Upper Nile State where the two counties are located are often besieged with heavy flooding. 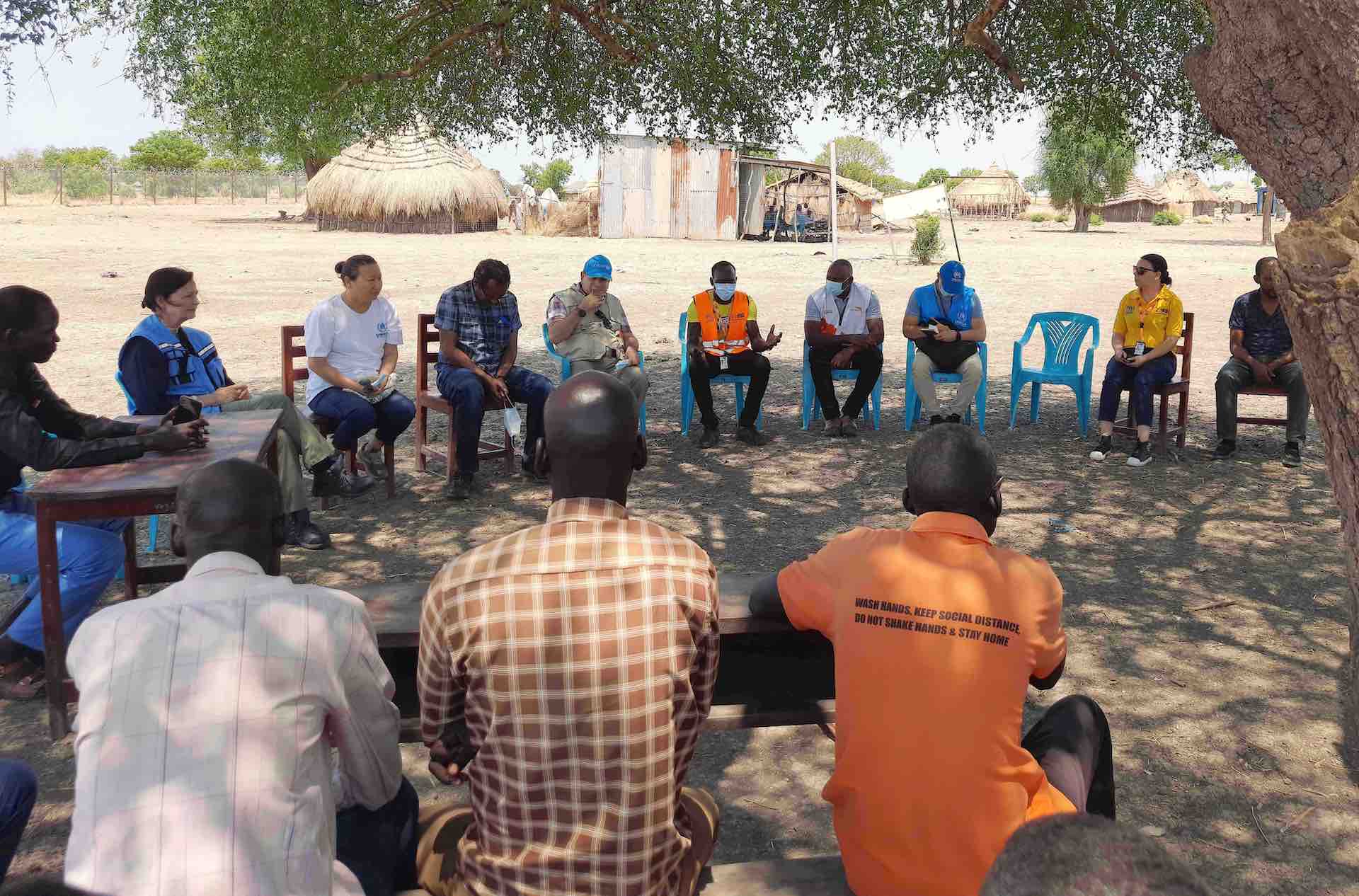