Eleven years of war and fighting drove millions of Syrians out of their homes and into the barren lands. Lacking the luxury to pick and choose and only seeking safety, almost seven million people - at least one-third are children - sought shelter in the poorly equipped camps and surrounding villages where the shortage of water, food, sanitation and other services is a reality no one can escape from.

During the war, lack of access to basic services leaves people in desperate need of external assistance.  Even clean and potable water becomes a luxury. This is seen in Syria where more than five million people suffer from water scarcity.  More than 140,000 people suffer from acute water shortage in the region which World Vision stepped in to support. The limited water resources are posing a potential water crisis resulting from living under harsh conditions in the only place they could seek refuge in - the desert. Knowing the extreme lengths people go through to secure water, the Bureau for Humanitarian Assistance [BHA] made water availability a priority for displaced Syrians. With BHA funding, World Vision has been implementing a water trucking project in Northern Syria supporting 16,412 displaced Syrians with clean sterilised water every single day.

Located in the driest areas in the north of the country, where the temperatures rise to 50 Celsius degrees over the summer season, water tanks are the sole source of clean water for people living here. Such a tank holds 1,000 litters of water providing for more than 16,500 internally displaced Syrians. 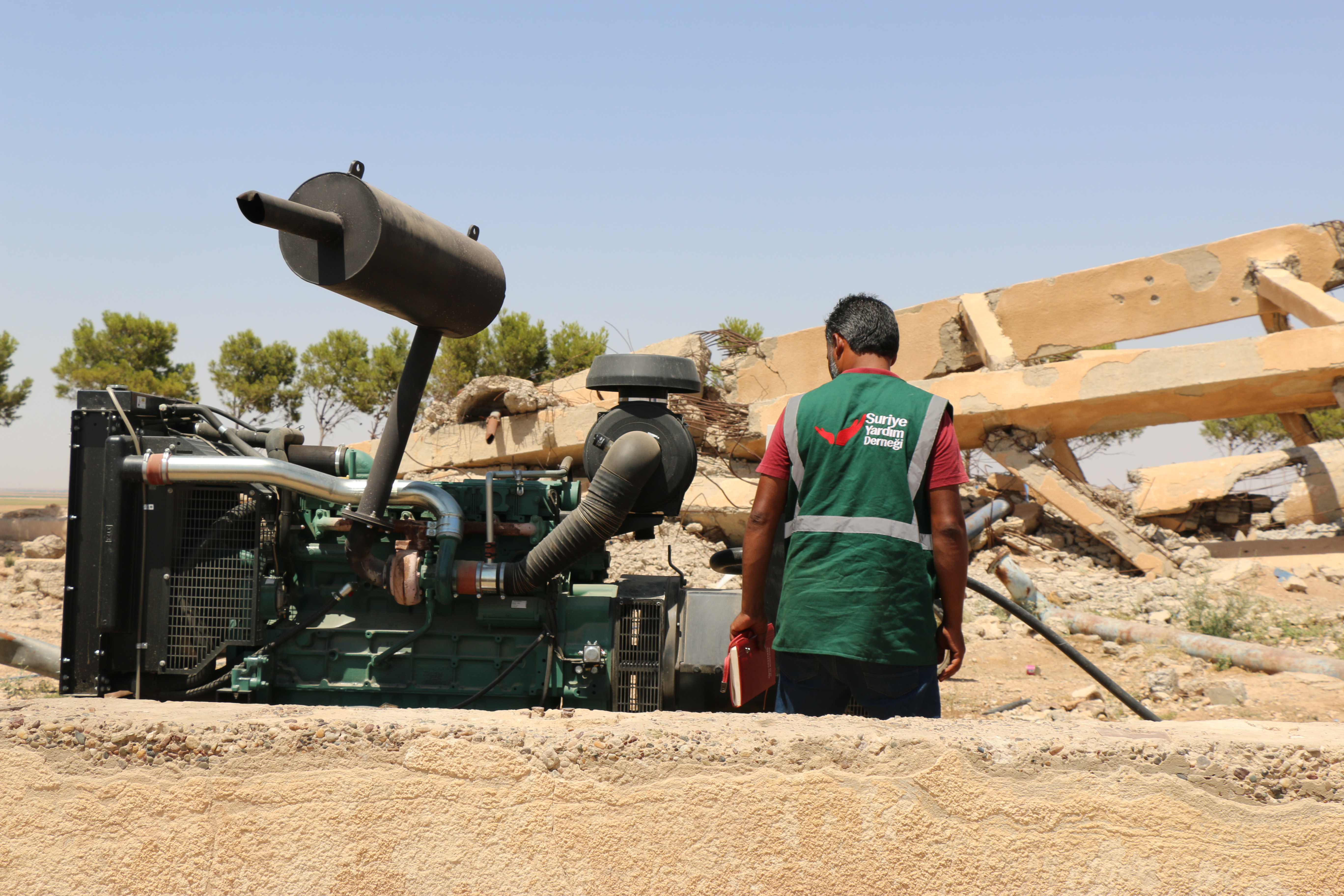 As people fled persecution, they lost access to basic services and previous well-maintained infrastructure. Some of the areas and villages where they moved to did not have the same complex water systems, or sewage systems. Simple things like water became a luxury. To get by, people used to purchase water from US$ 2.5 to US$ 4 per cubic meter, to fulfil a family’s basic need of 35l. This soon became a financial burden as most families’ average monthly income barely reaches US$ 100. Those who could not afford spending money on water, they had to rely on groundwater. This is, however, an unstable source as the operational costs to extract water is too high to keep providing to all residents.

“These areas suffer from severe water scarcity throughout the different seasons but during the summer families require more water which amplifies their suffering,” shares World Vision supported project manager. Currently, people have access to water regardless of the season since the project provides each person with 100l to 120l of sterile water every single day.

Water reaches people through generators strategically located in different areas covered through our project. They allow the transmission of water from the main tank [seen in the second photo] into the separate tanks [seen in the photo below], ultimately benefitting more than 20 villages which were otherwise at risk of water-born illnesses.

People in this area are in dire need of humanitarian aid, but water is what they need the most. Maram* is one of the children who struggled trying to fetch clean water for herself and the family. She had to walk 15 minutes just to secure water from the nearest village. Now, she is one of the thousands of children who receives clean water trucking in her village thanks to the Bureau of Humanitarian Assistance's support. 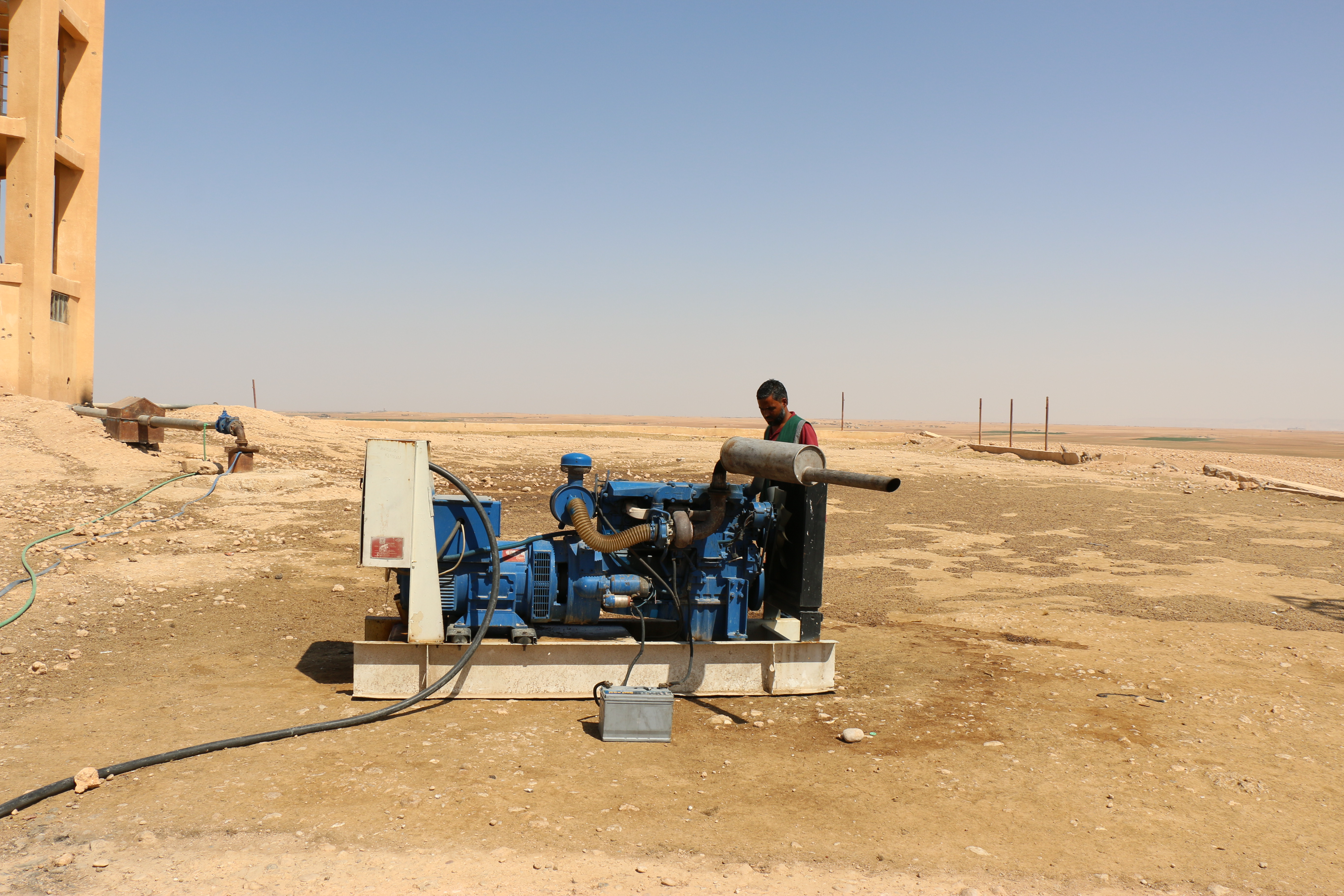 For the few existing water stations in these villages, war meant there was no one to look after them and ensure they are well-maintained. This meant there was little water available that could cover the needs of all the residents in these villages. Things got worse when people fleeing war sought shelter here. It meant the little water resources available were no longer available.
World Vision’s local partner started the WASH project to support the area with clean water services so people can safely drink it, cook with it, and use it for their other basic needs.  Through their dedication, we are able to provide both displaced Syrians and those living in the host communities, with clean water, reassuring them and making them less scared of catching any water-born illnesses or diseases.

Impurified water is not safe for human consumption. Everybody knows it, and this is why World Vision-supported teams process it through the blue-coloured tank [image above] before it reaches the separate tanks for consumption. Through the chlorine pump [the small device on the lid], water is purified under a controlled amount - three grams per one cubic meter of water. After this, clean water reaches the small tanks making it available for everyone. Maram and other little girls like her can drink it now without any worry.

The world must not forget Syrian children who still need support to have access to the most basic services such as water.