Johana, a 35-year-old single mother, lives in Miranda state, Venezuela. Three of her young daughters help her carry water for the household while she cares for her youngest children.

According to the last population census of Venezuela in 2011, out of seven million households surveyed, four out of 10 women in this country are heads of household. Most of the mothers in Venezuela are single mothers.

Johana is the head of the family with seven children and one grandson.

Johana supports her family through income she obtains from sporadic house cleaning and the modest allowance she receives from the father of her youngest daughter. It’s not enough to make ends meet.

Johana is stuck between the need to care for her large family and provide an income so they can survive. The COVID-19 quarantine makes it impossible for her to work - her job is not in high demand during these troubling times. 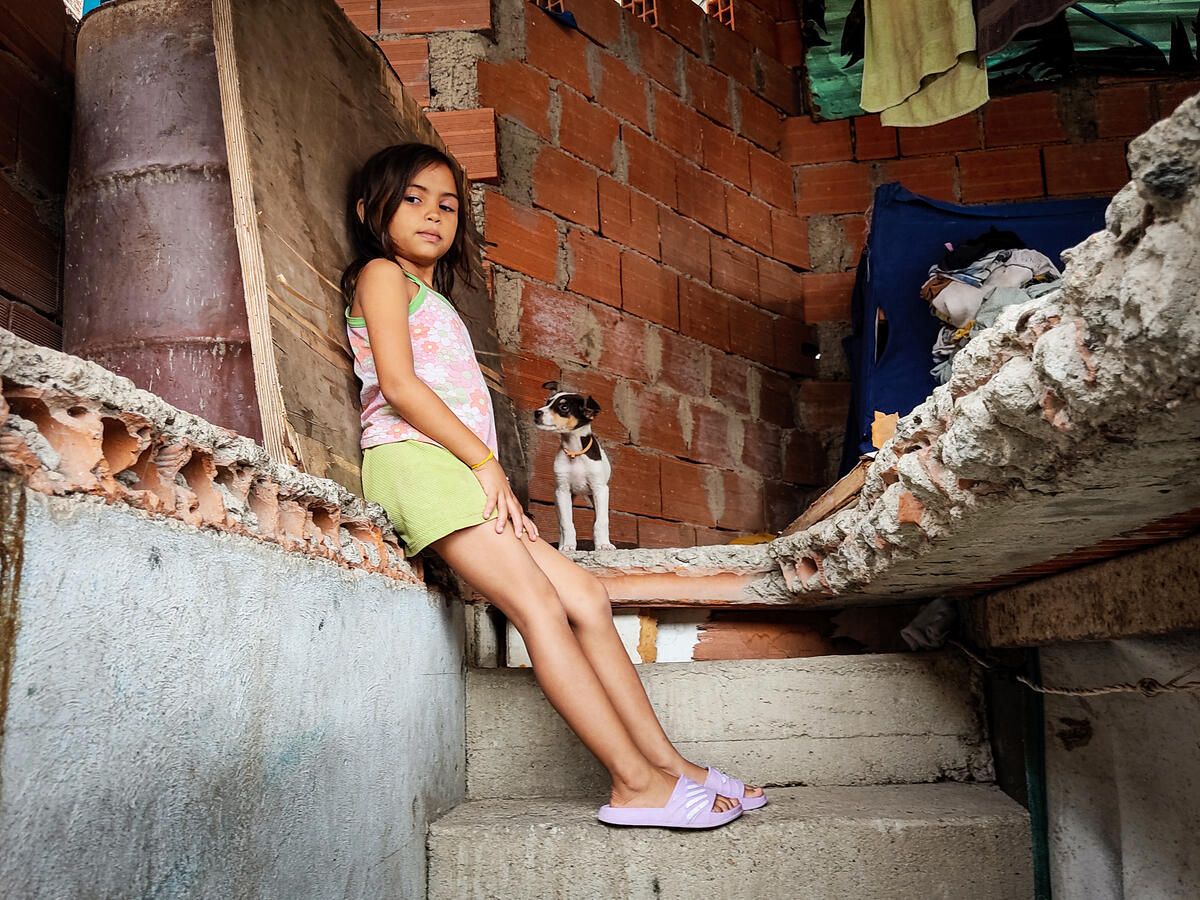 Her situation is further complicated by dealing with her children’s anxiety in a small space that measures approximately 5x8 metres.

The World Food Programme warns that one in three Venezuelans (32.3%) are food-insecure and need assistance. Hyperinflation is affecting the ability of families to obtain food and other basic needs.

About 59% of households have insufficient income to buy food and 65% cannot buy other essential items such as hygiene products, clothes and shoes.

Johana’s family is the epitome of these heartbreaking statistics.

The lack of water is another problem to overcome. Due to her health condition, Johana cannot carry water. It is her young children who have to walk back and forth each day to gather water in plastic containers from a local water source. 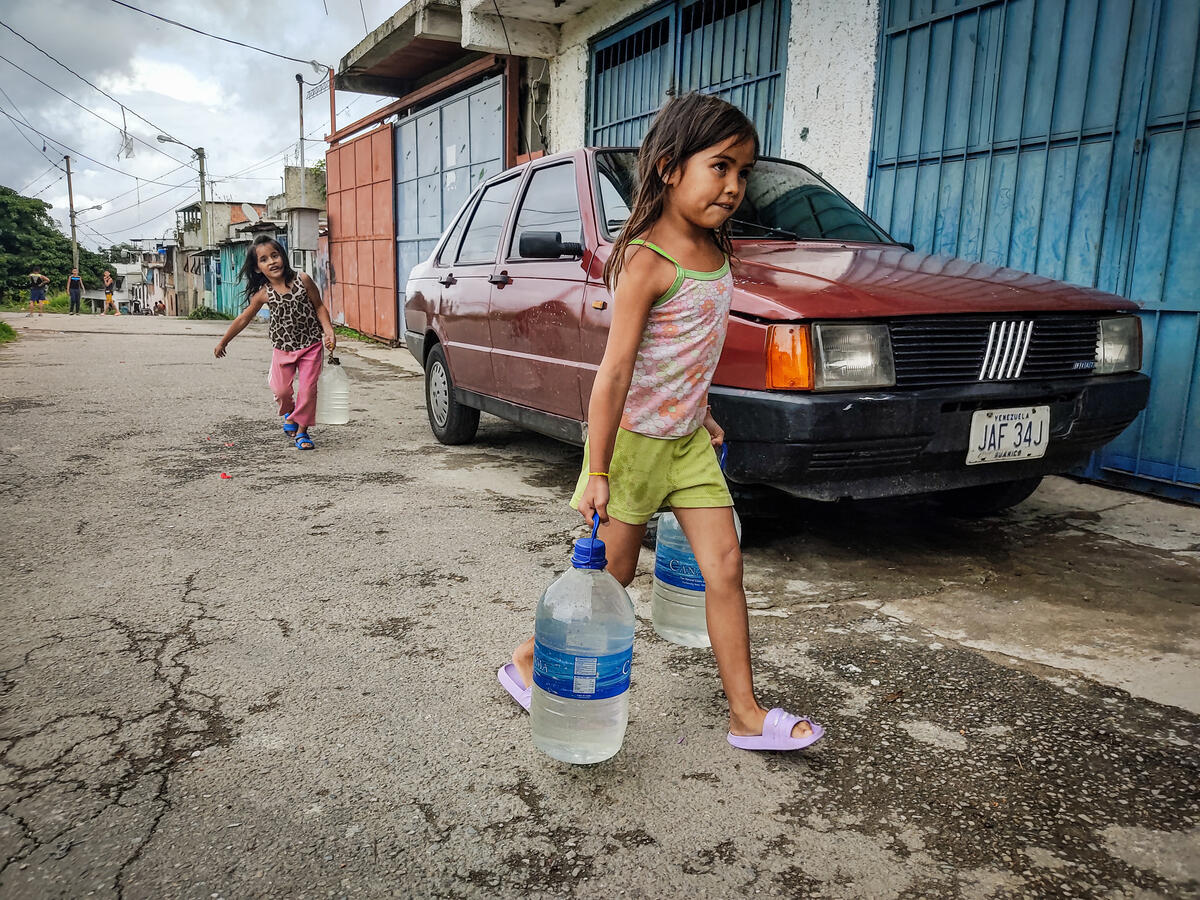 “They go to a neighbour's house that is close to where the water comes,” says Johana.

She helps her children with their homework, which is sent via text message. “It is deficient because of the lack of internet service,” says Johana.

However, she works hard to ensure that her children can study.

One-year-old Rosneibe is the son of Iroska, 16, Johana's second daughter. He was diagnosed with severe malnutrition during a medical health check-up in May. 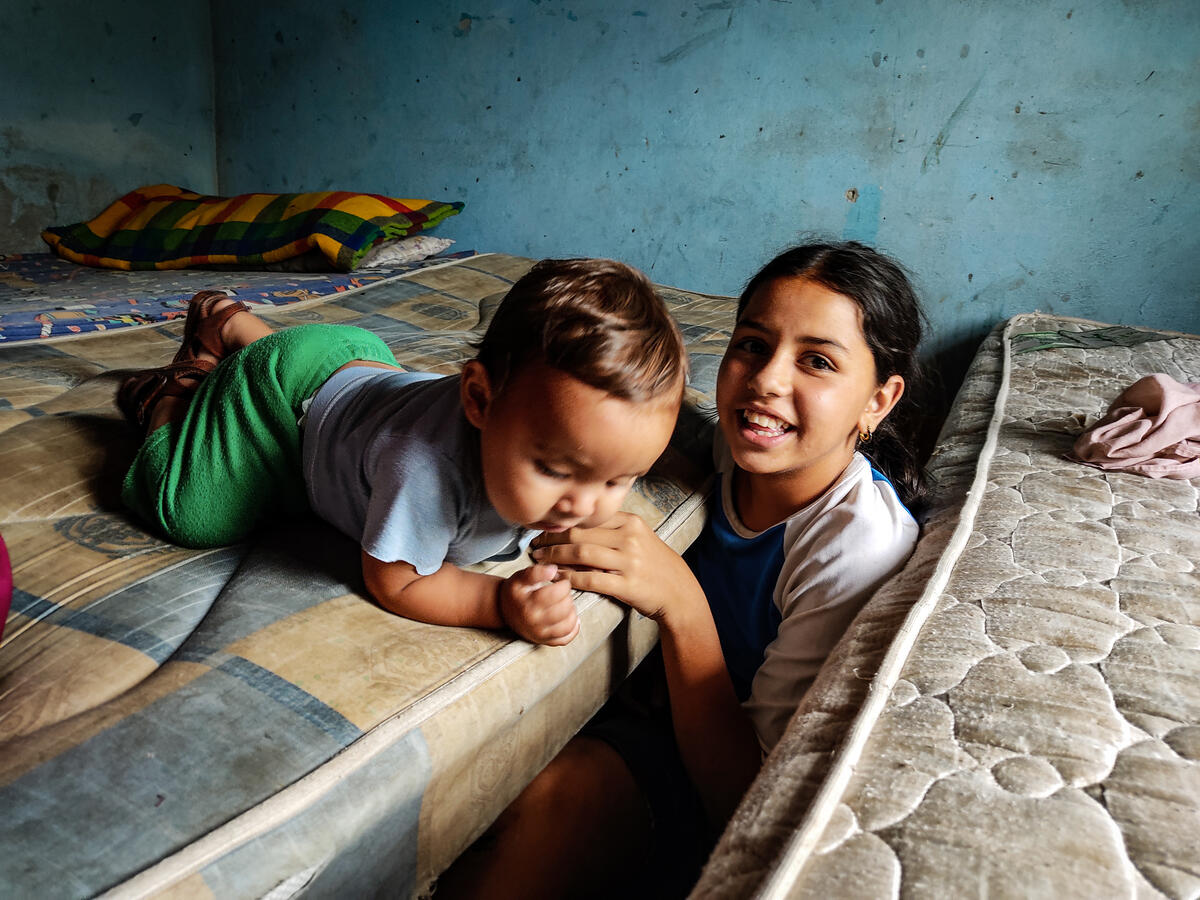 Later, Rosneibe was referred to the only hospital in the city. But he couldn’t get an appointment because COVID-19 cases were the only ones being treated. They kept him under observation, while his relatives tried to find the right medication for him.

“What pain and helplessness that I cannot do more for my grandson, that he cannot find a solution until one day he is seen by a neurologist,” says Johana.

The little boy has had eight strong seizures. The lack of equipment in hospitals and the high cost of a number of examinations he requires means it’s not been possible to reach a definitive diagnosis.

“I'm going crazy because I want that child to see a neurologist to find out the reason for the seizures,” Johana says, desperately through tears.

The double-crisis of the economic collapse and coronavirus pandemic is reducing the quality of life for Johana, her family, and millions of Venezuelans.

The three monthly $30 cash transfers she received through World Vision and the church have served to invest in food, diapers and medicines. This has contributed to Rosneibe beginning to recover from his low weight of 6KG to 7KG. He should weigh around 9KGs. 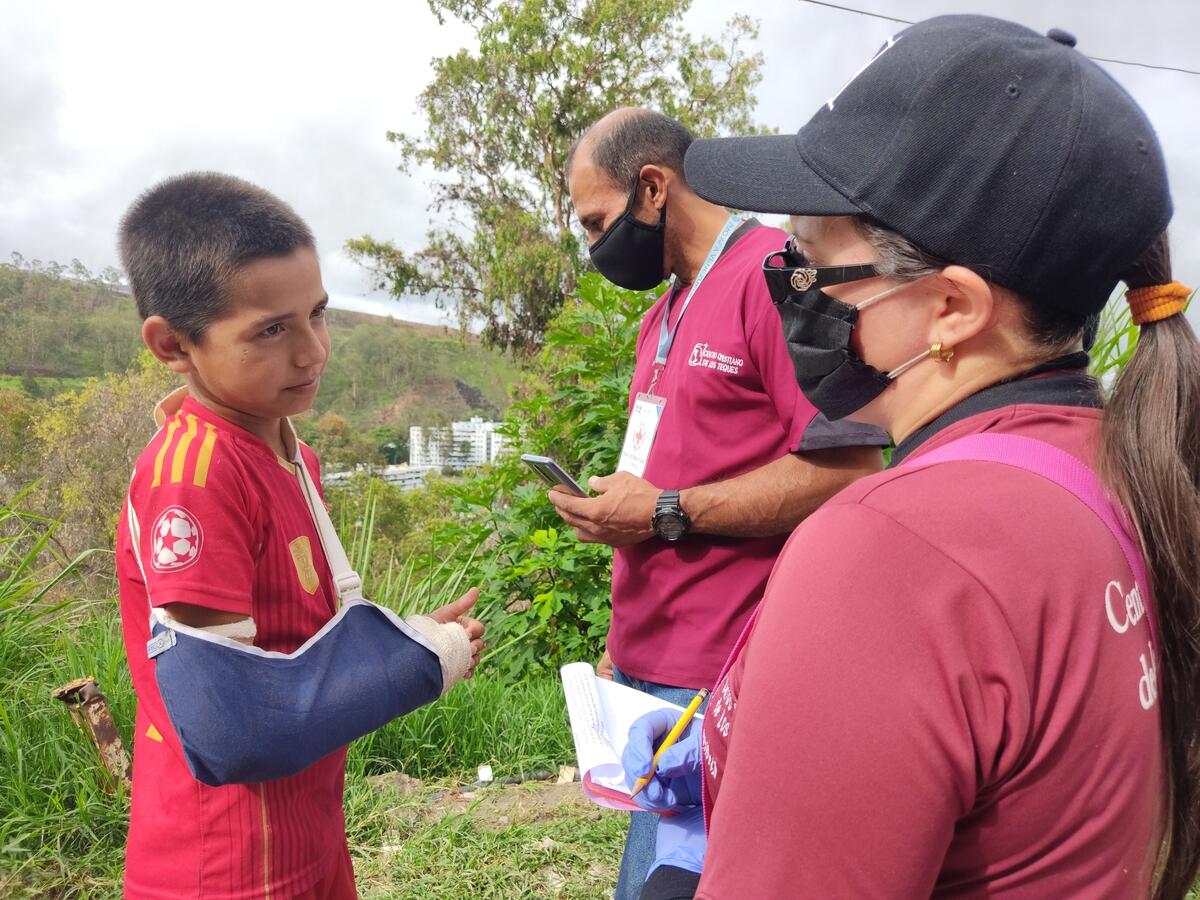 This gives a little hope to the family, especially Jhony, Johana's only son. He is 12 years old.

“I dream of the pandemic ending so I can play baseball, study and learn to read,” he says. Although he attends a public school, he is unable to read. "I want to study and be able to work to help my mother and the girls."

Jhony recently broke his arm while riding a skateboard. Now he wears a cast on his right hand.

Fortunately, Jhony was immediately treated at the hospital. But he only received first aid because they did not have the adequate resources to perform the operation he needed. World Vision helped with gauze, wire and plaster for his operation, but Jhony had to wait fifteen days for the procedure.

"It was a month until the bone was healed, but due to COVID-19 cases they have not been able to remove the wires," says his mother.

Johana has gratitude and sadness. Gratitude for having received help from World Vision and the church. Sadness because she is not sure what the future holds. But she remains expectant about the medical diagnosis, the future of her children and the end of the quarantine.

"I have to go forward and trust God," she says. "I do not have any other option."

Find out more about our Venezuela crisis response here.