Growing up, the now sixty-year-old Monday was inspired by watching his father look after his whole family with the food produced on the land.

“My father was a full-time farmer and so was his father before him. So I always knew this is something I wanted to do when I grew up and had a family of my own,” Monday tells us.

Farming came easy for Monday. He understood the soil, the seasons and he always produced enough to look after his wife, Showers, and their three children, Naomi, 3, Shine, 9, and Chris, 12.

Zambia’s Southern Province is predominately a farming region, with most people relying on subsistence and commercial farming for their livelihood.

However, in the last few years, things have been very different, “It’s been puzzling even for a seasoned farmer,” Monday says. “The rains have been erratic and the heat unbearable at times.” 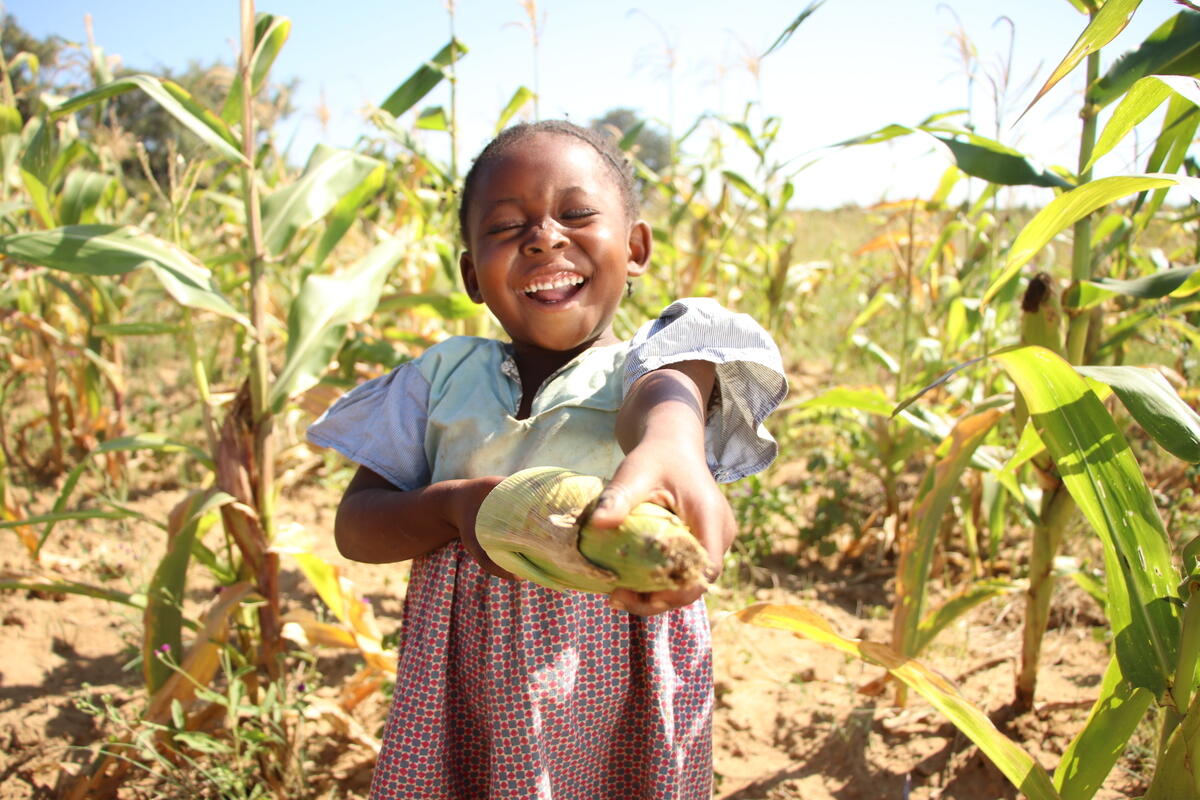 According to the Zambia Meteorological Department, in 2019 large parts of southern and western Zambia received their lowest seasonal rainfall totals since at least 1981.

The poor harvest Monday saw in 2019, following the failed rains in the 2018-2019 farming season, left him devastated.

“The drought was bad. I barely harvested anything. I was left wondering how I was going to survive,” Monday recalls. “And because of the poor harvest, we had no seeds to recycle for the next season. It hurt me that I could not take care of my family the best way I know how,” he adds.

We used to eat once or twice a day because we wanted to spare the food. It was hard for the children and us as parents.

Chris, the oldest of their children, says he hated going to school during this time.

“It was hard to concentrate at school because of the hunger. My stomach would hurt, and I could not play with friends like I normally would,” Chris shares. 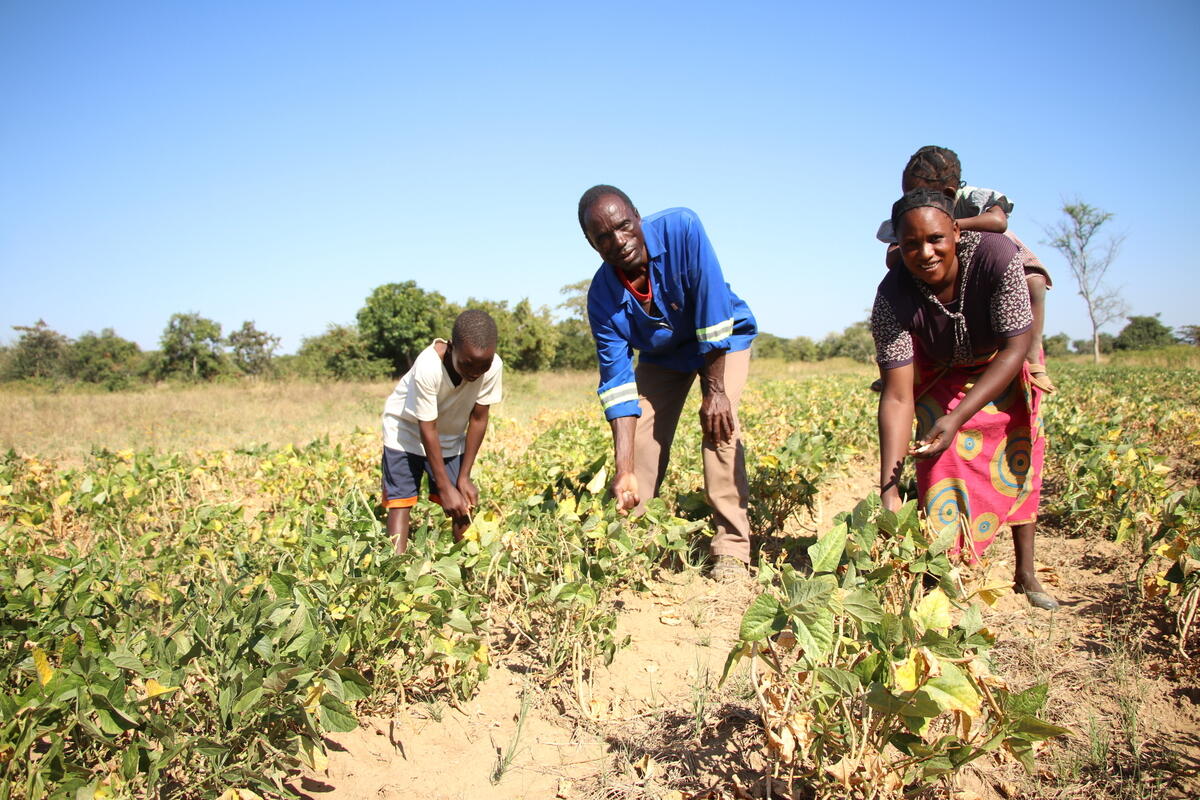 Monday says, “I saw a lot of hunger in this area. They were many people worse off than me. Many starving families resorted to going to look for wild roots and fruits to eat to survive.”

“This worried us as an organisation because of our concern for children who are at an increased risk of malnutrition and death, due to lack of access to water and food.”

World Vision Zambia, with support from World Vision Singapore, responded to the drought emergency by providing immediate life-saving food and seeds to 700 households in targeted rural areas of Monze. 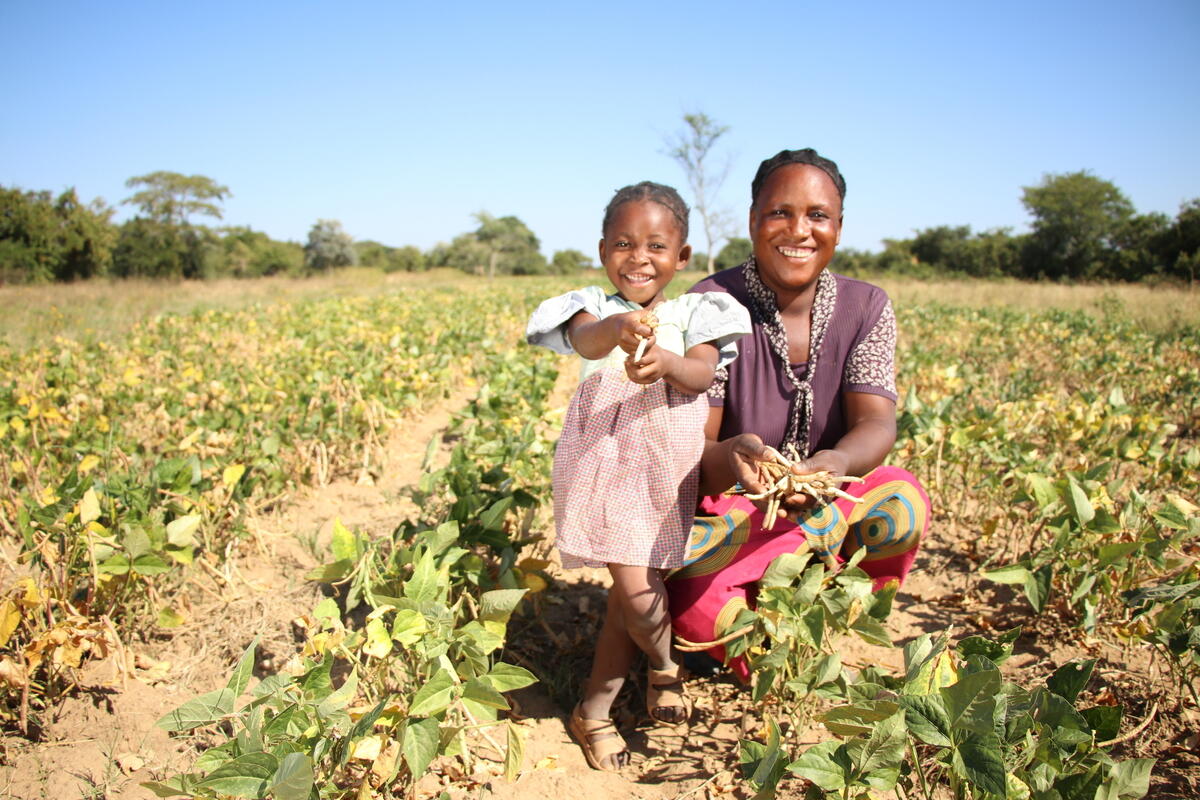 “When our family was listed among the names to receive food relief, I was completely overjoyed,” Showers remembers. “I could not believe it, but it soon sank in. World Vision looked after us like they were our parents.”

As for Monday, the fact that the food relief also included seeds gave him hope.

“The cowpea seeds and maize seeds I received brought me comfort. I planted them for this season, and I am overjoyed at the results,” Monday shares. “The produce is ready and ripe, and I have been supplementing it with the relief food we received.”

Monday is confident about their future.

“From the harvest, I have already kept seeds for next season. I am also guaranteed to make money when I start to sell some of the harvested cowpeas. My household is more food secure than it was before, all thanks to World Vision, and with the training I received in smart agriculture, I know we will be okay.”