The world’s poorest have contributed very little to climate change yet are often the most exposed to its devastating impacts. Hundreds of millions of children and their communities now face a changing world in which they are at greater risk from more violent storms, worsening droughts and floods and environmental degradation.

The global crisis we can’t ignore

While the most obvious signs of the new normal are bushfires and super-cyclones, billions of people are facing more imperceptible changes brought about by climate change that are threatening their way of life and the ways they make a living. Decades of success in reducing poverty could be reversed without massive efforts to stop climate warming and to help people deal with the changes that are already upon us.

As the earth and rivers dry, as sea levels rise and glaciers shrink, and as agricultural land degrades in the face of expanding deserts, people and nations are being forced to make desperate choices. Should I migrate to the city or make a dangerous attempt to get to ‘the West’? Do I send my children out to work instead of to school in order to survive? Do I move my cattle onto new pasture land or take water from a neighbour’s well.  New challenges, tensions, conflicts, disasters, all fueled by climate change. So new thinking, new programmatic responses and greater agility are needed to respond to our fast-changing world.

As stewards of creation we believe God has given humans a mandate to protect and care for the environment. The natural world and its carefully balanced systems reflect the divine nature of God and His love for the world. Caring for the earth is especially important because three quarters of the world’s poor live in rural areas and rely on agriculture, making them particularly susceptible to climate change.

But we are deeply concerned at what we are witnessing and hearing. As a global organisation present in 100 countries, we have unique access to grassroots communities the world over. They have been telling us for years that things are worsening, that the seasons are unreliable. So, we are working hard to respond by partnering with them to build their resilience, to become climate-change and disaster-ready, and to respond to crises when they happen.

Climate change could push more than 100 million additional people back into poverty by 2030.

Global warming is likely to rise 1.5C above pre-industrial levels between 2030 and 2052 if emissions continue to increase at the current rate. The existing rise of 1C has already led to more extreme weather, rising sea levels and diminishing arctic ice.

1.5C
Global warming is likely to rise 1.5C above pre-industrial levels in the next twenty years

In Africa, we have seen really exciting results from development programmes to restore farmland, reverse desertification and help farmers make the most of their land.

In sub-Saharan Africa, World Vision has regenerated millions of hectares of degraded farmland with massive tree restoration projects that have been recognised globally as life-changing. These Farmer Managed Natural Regeneration projects are present in 12 countries, including in Asia. Parts of Ethiopia that were once barren and at the epicentre of the famine of the 1980s are now verdant and productive.

World Vision is also helping vulnerable communities with a whole range of development approaches. This can include improving irrigation to dry farmland, drilling boreholes, training farmers on agricultural techniques that help preserve rainwater, providing drought resistant seeds in places like Afghanistan, and training farmers on using new techniques to improve soil quality, try new crops and protect the environment. Small loans groups and access to microfinance funding and business skills training are also helping the most vulnerable to develop new skills and create new businesses and markets, allowing them to diversify their livelihoods.

We have staff on the ground ready to respond

World Vision is also responding to the changing disaster landscape of increasingly violent typhoons, hurricanes and cyclones that are being energised by a warming world. In 2019, Mozambique was hit by two of the strongest cyclones ever to have hit that part of Africa. Weather-related disasters now trigger 57% of all displacements of people within countries, with more than 16 million people driven from their homes by drought, cyclones and other climate crises in 2018. But, we almost always have staff on the ground ready to respond, and for the biggest crises, specialist staff are ready 24/7 to fly in and work with local staff.

And thanks to our partnership with the UN’s World Food Programme and other agencies, World Vision provides ongoing food assistance to millions impacted by droughts and hunger, such as in Angola and Zimbabwe. Getting emergency rations to malnourished children is a priority.

Across the globe in Latin America, Africa and Asia - in places like the Philippines and Timor-Leste - World Vision is helping communities ready themselves for climate-related disasters by training school children to be disaster ready or by conducting simulations. While in Senegal, our staff are responding early to looming hunger crises by delivering cash aid to families so they can avoid selling everything they have and impoverishing themselves for good. In areas at risk from climate impacts, disaster readiness is baked into our development projects, designed in from the start. 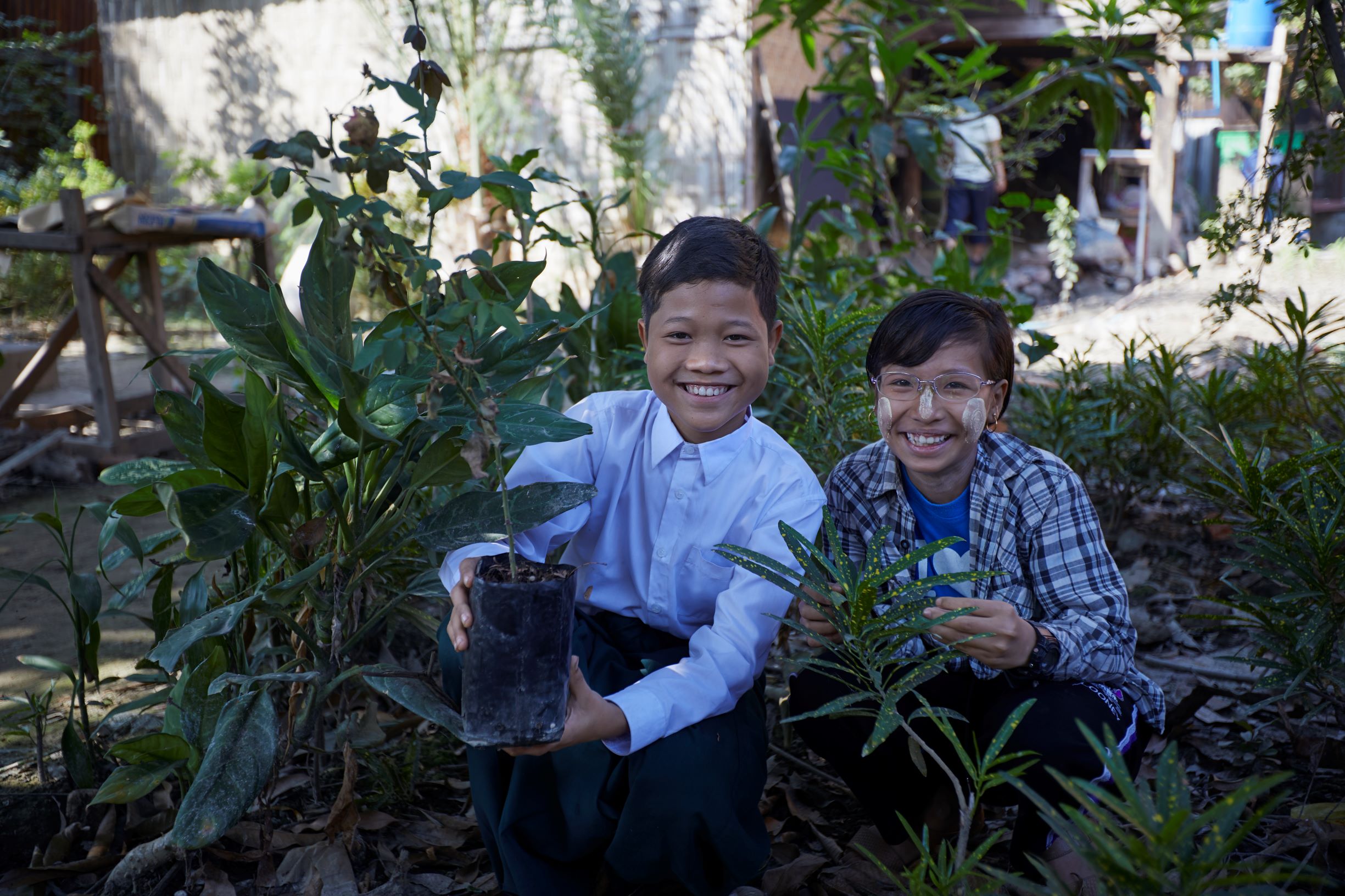 We help children learn about climate change, and partner with schools and government ministries to educate children and listen to children’s concerns, sharing them with the UN and governments and calling on them to bring about policy change.

Children like 16-year-old Cherry and 11-year-old Min in Myanmar are eager to help by planting trees and sharing their experiences from the consultation workshop with the other children and adults in their communities.

Worried that disaster will happen again, Cherry has a plan: “Our youth group will dig a canal, clean the rubbish and share knowledge.”

143 million
By 2050, there could be 143 million internal climate migrants within Sub-Saharan Africa, South Asia and Latin America if nothing is done

Boys and girls are forced out of school to work. Girls are sold into early marriage or forced into situations where they are exploited and abused.

Low-lying mega-cities such as Manila and Jakarta are subjected to floods that unduly impact those living in slums or along riverbanks.

Recurring droughts in East and Southern Africa are trapping millions of people in poverty and debt.

Countries like the US, Australia and India are facing heat waves that are drying out the land or causing uncontrollable wildfires.

How we are fighting Climate Change

Teen leader Isaac focuses on the environment and community health

Isaac lives with his mother and brother in a rural community in western Nicaragua.
Read more

“From my own harvest, I have provided eight households in my community with seeds and have shared my farming skills to boost their livelihoods”, says Ayuek Chur Mangong.
Read more 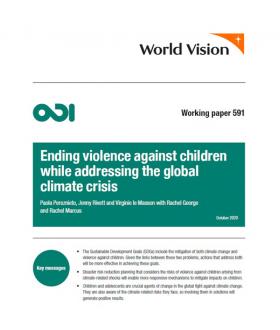 Ending violence against children while addressing the global climate crisis 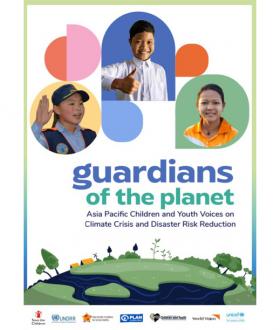