South Sudan’s Hunger Crisis: Over 2 million people reached through multi-sectoral programming
One year on, the World Vision East Africa Hunger Emergency Response in South Sudan has made many strides in reaching the most vulnerable children. With a target of over 1.7 million people in 21 counties of Warrap, Upper Nile, Northern Bahr el Ghazal and Central Equatoria States where IPC 4 and IPC 5 were reported. The response has reached 2,159,324 people, over 755,000 were children.
Read More

One year on, the World Vision East Africa Hunger Emergency Response in South Sudan has made many strides...
Read more

“Hunger has become routine for people in my community. Children no longer cry because they have become...
Read more

The prolonged drought in Somalia has resulted in untold suffering and hardships for children and their families...
Read more

“I feel hungry when we go for break, no money, no meals at school, we have to just...
Read more

“Due to the clashes in Tonj North County, we were not able to access our farms, worsening...
Read more

“When there is no lunch at home, and I am feeling hungry, I go play with my...
Read more

Extreme adversity for children and families as drought intensifies in Somalia

“The conflict took us by surprise. We fled quickly but the only thing I was able to...
Read more

Women farmers in South Sudan find their groove: Making decisions and leading the fight against hunger

Adut, a young mother at 29 with eight children lives in a small village in South Sudan’s...
Read more

The South Sudan Integrated Food Security Phase Classification (IPC) and Humanitarian Response Plan for 2022. It is not...
Read more

A silent but deadly and urgent hunger crisis is unfolding in northern Kenya, and across the East...
Read more

Mary is 27-years-old and already a mother of three. She prematurely gave birth to her daughter Emman...
Read more

Thousands of primary and secondary school students in Ruvu Remit division in Simanjiro District in Manyara Region are...
Read more

Tropical Cyclone Gombe comes barely a month after Malawi started to recuperate from the effects of Tropical...
Read more

“I lived at the Pagakdit hall in Tonj North County for six months when the flood destroyed...
Read more

Five countries that could face starvation due to Ukraine conflict

Elizabeth explains how conflict in Ukraine is leaving millions of children even more vulnerable to hunger and starvation...
Read more

Conflict and abandonment weigh heavily on Fatoumata and her children

The regions of central and northern Mali are experiencing an unprecedented conflict that has severely affected the...
Read more

Have you ever heard of VitaMeal? If you’ve never had to fight off malnutrition, you probably haven’t...
Read more

“When you are in a dangerous situation, you run.” Under the cover of darkness, Angelo and his family...
Read more

“I did not used to like staying here, because granny did not have food to feed my sister and me.”

The choice no parent should have to make: which child will eat today?

By Asuntha Charles, National Director of World Vision Afghanistan If you were starving and you knew the...
Read more

An impossible choice: hunger or conflict

Conflict kills… but so does hunger. In the Central African Republic (CAR), displaced children like eight-year-old Melvina are...
Read more

In Kenya, the future of farming is female

“The climate has changed, so our lives need to change too.” These are the words of Ubah...
Read more 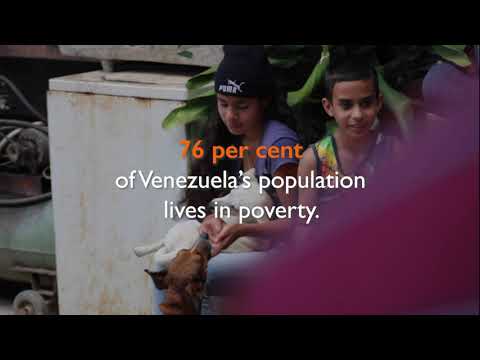 Food support is a lifeline for vulnerable families in Venezuela

This video story focuses on Danfred, 13, who has experienced malnutrition and other struggles with his sister...
Read more 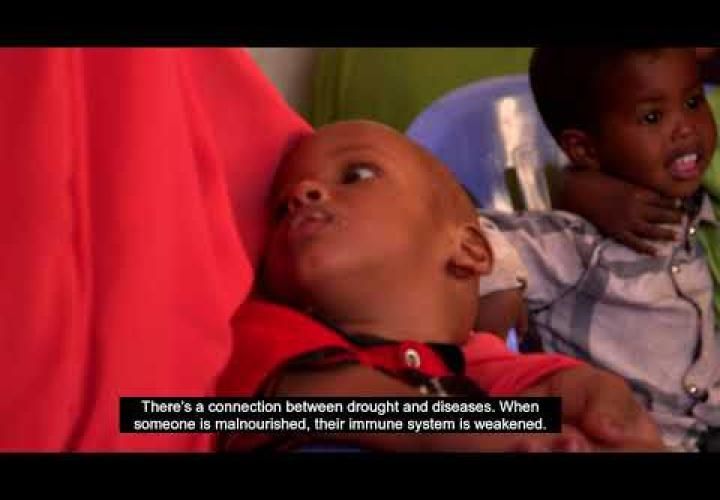 Increased drought and disease in Somalia are contributing to a growing number of malnourished children. World Vision teams...
Read more