Otash Camp located in South Darfur, Sudan is now home to an estimated 84,297 internally-displaced people (IDPs) after it was established in 2004 for people fleeing conflict. The camp’s 13th sector is where the new arrivals are accommodated and provided with 15-day food ration as they adjust to the camp environment. In partnership with the World Food Programme (WFP), World Vision provides support to 44,063 IDPs through food distribution and the cash program.

Along with his family, Remo traveled for two days to get to the camp. "We walked for one day and took the bus for another day to get here", he shares. He has put up a makeshift hut to keep his five children safe. “We were not able to bring anything. We lost all our livestock – goats and cows – and our farm was looted”, he says. He said they are starting over again. Remo’s face shows hope. “We received our food ration but we are hoping peace will soon come so we can go home”, he adds. 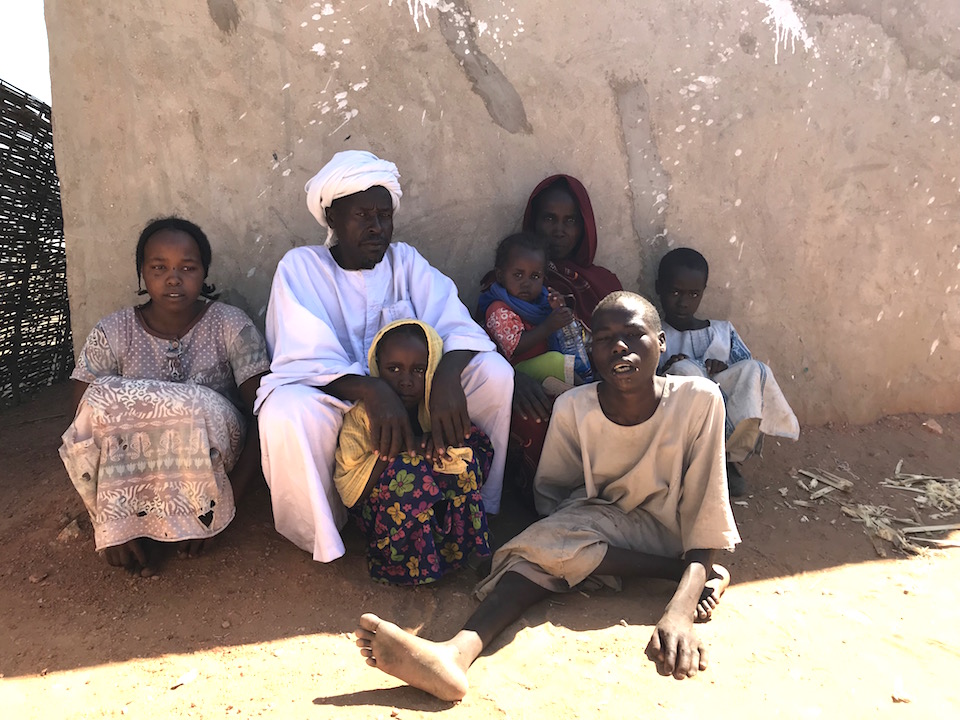 Remo with his family settling in the camp. He is hopeful their stay will be temporary and peace will come. 20-year old son Muhammad also has an undiagnosed disease needing treatment.

Remo’s story echoes the same stories of thousands of families who sought refuge in Otash Camp. The 15-day ration for new arrivals includes 4.5kg cereals and 450g pulses for every family member. Remo’s family are encouraged to register so they can avail of other available support such as non-food items (NFIs) like jerry cans to collect water, plastic sheets for roofing, sleeping materials like mats and blankets, among others.

“I left school because of the conflict. I am already in grade 8. My dream is to become a teacher”, says Anani, Remo’s 17 years old daughter. Her younger sister Taiba, five years old, wants to become a doctor.

World Vision’s Commodities Manager Soy Joseph said the number of IDPs can vary depending on the seasons. “We support more people during lean season between June to September. During the cultivation period Starting October, the number usually decreases. It shows that people want to be self-sufficient and are helping themselves and finding ways to earn and supplement their income”, he explains. 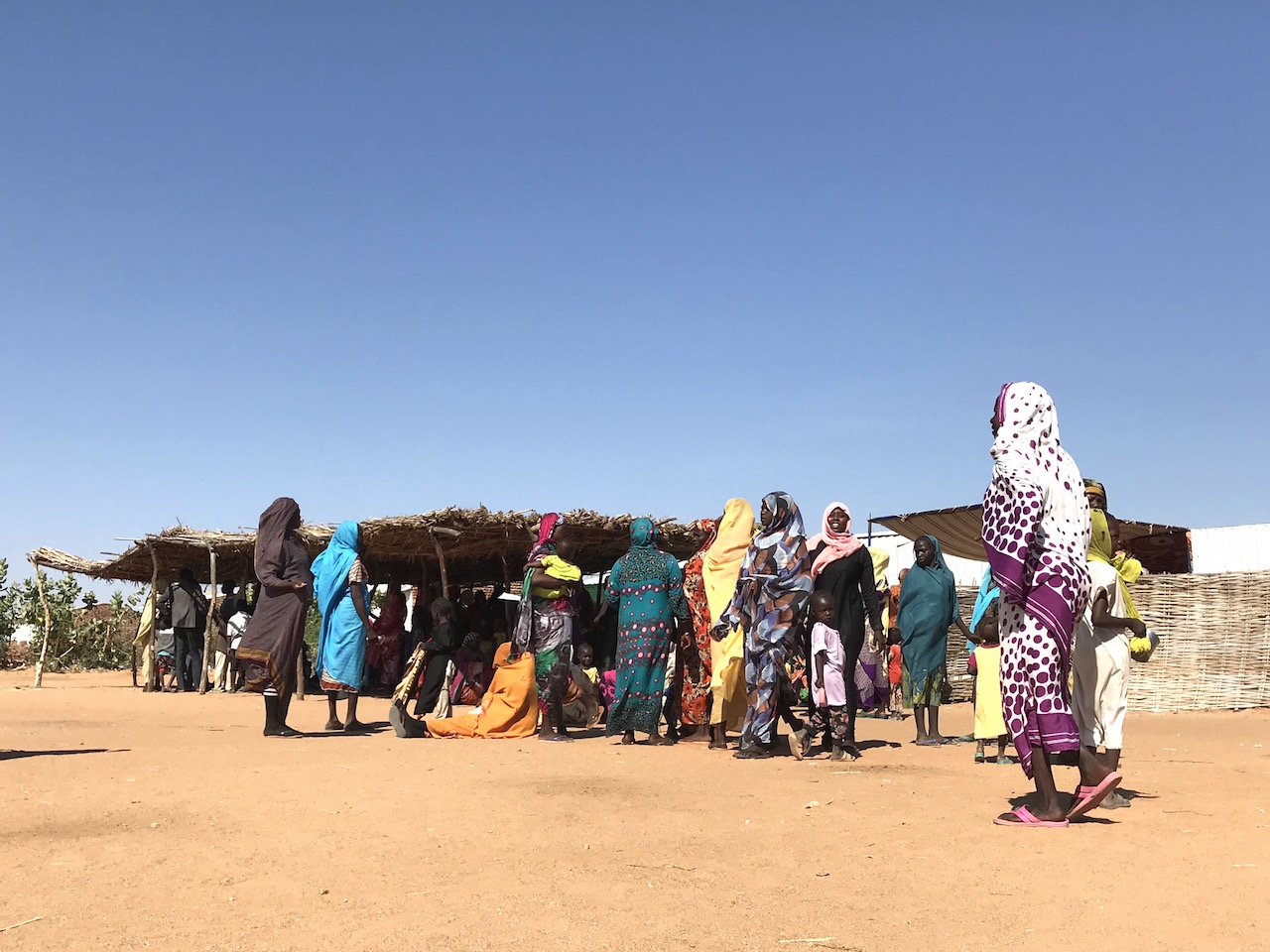 Well-organized. The people gradually arrives at the registration center managed by WFP. At least 20 staff efficiently register the new arrivals.

Recent report has pegged new arrivals to 12,523 people like Remo’s family mostly coming from Jabalmara located 150km from Nyala, South Darfur’s capital city. Joseph further clarifies that the numbers being assisted are the ones who have successfully registered. “Those who were not in the list could have been away during the registration or there are some information they still need to provide”, he says.

Many who are very enterprising just like Abubakar, one of the many barbers in the camp, try to earn income from their skills. He was not able to register but he proudly shared that he does at least 20 haircuts a day at 30SDG (US$0.62) per customer. World Vision has established centers where the people can inquire about their IDP cards, share their complaints and make a follow-up on requests. 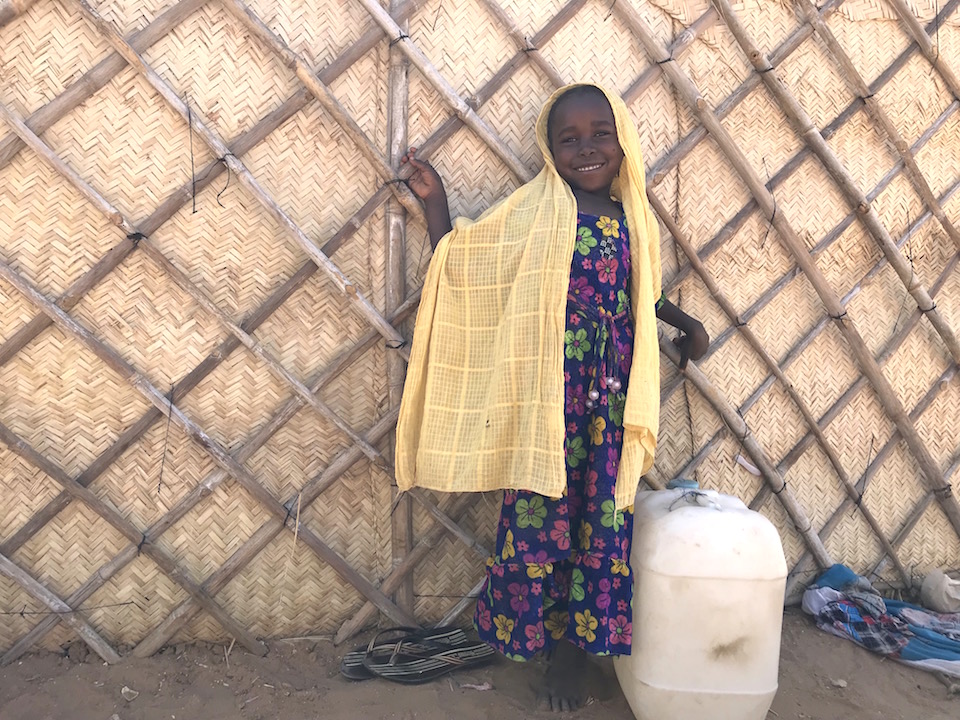 Health and nutrition programs are available in the camp to care for the needs of children like Taiba.

Otash Camp, now on its 14th year, had grown into a large, busy town. The atmosphere is peaceful as people go about their daily tasks. Many of the shops are fully stocked with goods needed by families. Just like the tailor Abubakar, many of the IDPs work various odd jobs in the camp at cafeterias, construction and various kinds of shops. Others venture in nearby Nyala to work with businesses and households needing cleaning helpers. Majority expressed their desire for peace and be able to go home.

Zacharia Elung'at Imeje, Associate Operations Director based in South Darfur underscored the vast coverage of World Vision in the state. “We were among the first organizations that helped establish the camp in 2004. Now, we work in 15 out of 22 localities (or districts) and the coverage is vast with projects that include health and nutrition, school meal program, water, sanitation and hygiene (WASH) and food security”, he says. 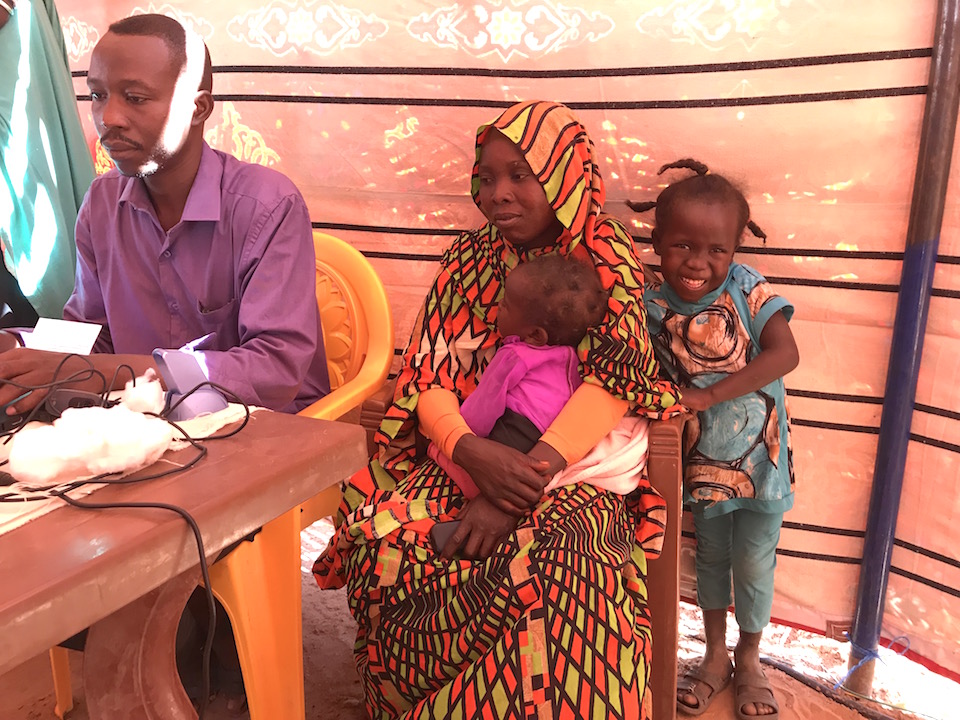 "Our partnership with the World Food Programme globally is helping millions of people in dire circumstances, over 200,000 of them are in Sudan’s three major IDP camps. It is important for organizations to join hands together for this massive work to address the people's needs and ensure that children do not go hungry”, acknowledges Operations Director Jimmy Nadapdap. 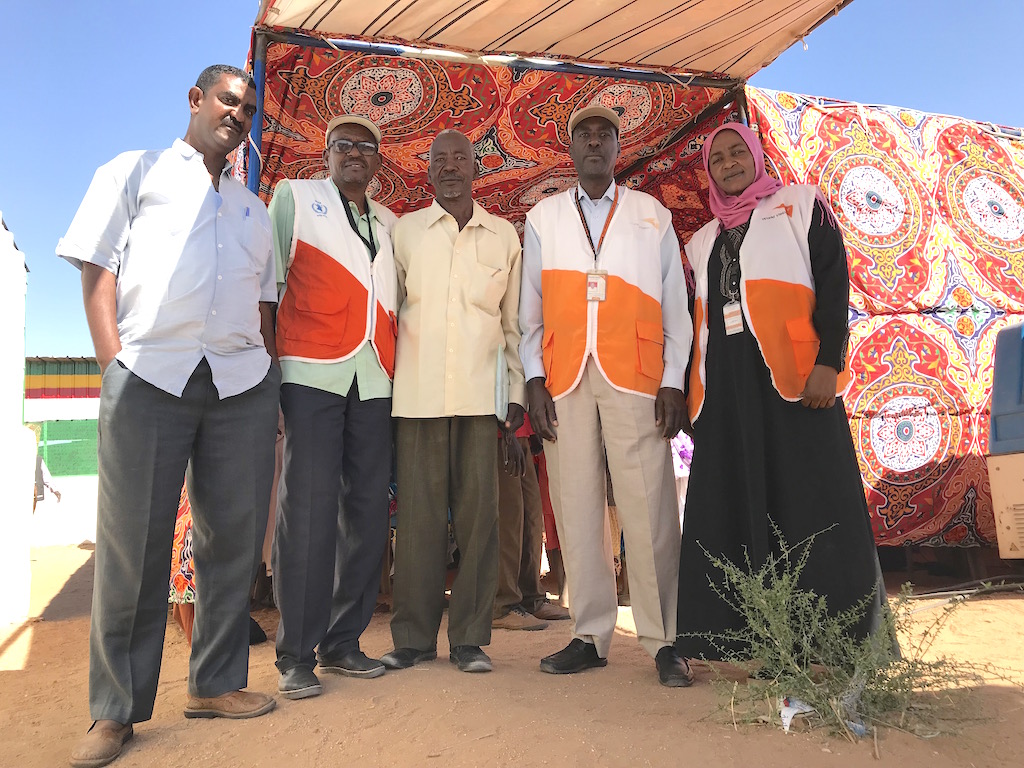 Working together. Camp leaders, the government authorities, WFP and World Vision join hands to support people in the Otash Camp.