Khatema, 9, was ecstatic. If you can, try to recall one of the happiest moments of your life. For Khatema, this moment came when she heard that her father was reconsidering marrying her off to a suitor.

It would not have been difficult to imagine Khatema slipping into an unpredictable and challenging life as a result of her father’s personal finances. In fact, only two years prior her twelve-year-old sister faced the same situation when she was forcibly engaged to a friend of their father’s - an exchange that involved money.

In Afghanistan where poverty is acute, particularly in rural areas and amongst displaced populations, the traditional practice of giving a daughter in marriage has been reinforced as parents seek to reduce family expenses through the sale of a bride.

In response to such a shocking prevalence of child marriage, World Vision Afghanistan (WVA) formed Peace-Promotion Task Force committees (PPTF), whose members have been trained to promote messages of peace in conflict-prone areas through the action “Support to in-country civil society actors in conflict prevention, peace-building, crisis preparedness” (IcSP).

The IcSP action is funded by the EU and implemented in partnership with WVA,  Sanayee Development Organisation and Noor Safa Coordination and Rehabilitation Organisation in the Afghan provinces of Ghor and Herat. The IcSP seeks to promote peacebuilding and support women's active and meaningful participation in local, provincial and national peace processes as well as increase women’s representation in formal and informal decision-making.

The efforts of the peace promoters and their commitment to implementing the knowledge they acquired during trainings helped to germinate a seed of hope in the heart of 9-year-old Khatema, who was on the verge of falling victim to the harsh realities of child marriage.

Poor families in Afghanistan face a broad range of challenges. Ghafoor, Khatema’s father, was finding it increasingly difficult to provide for his three boys and three girls, especially with his support requirements and paltry wages. With the money he could gain from Khatema’s dowry he could settle all of his loans. 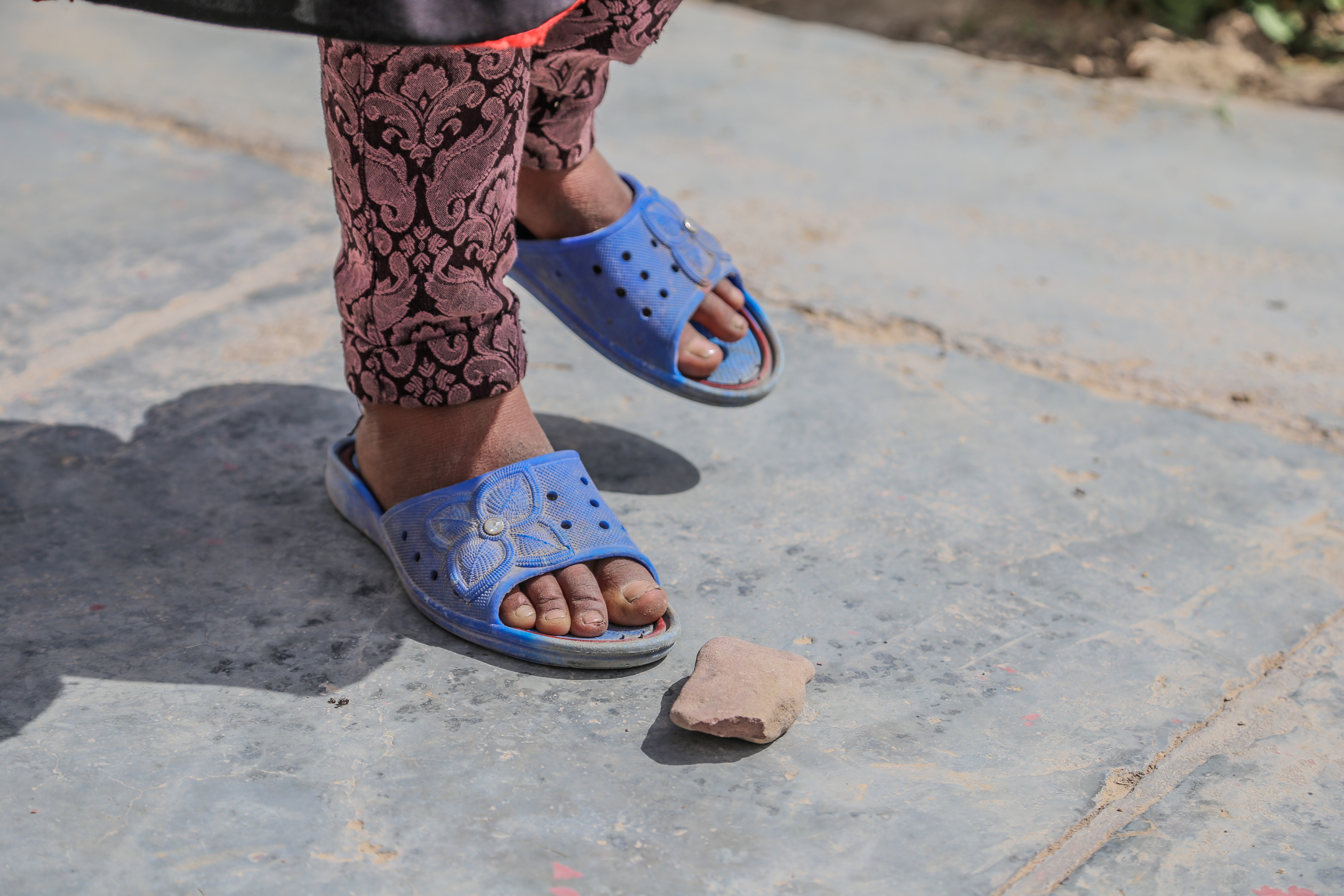 Khatema was playing with her friends in the village when her younger brother told her about her father’s decision to marry her off.

At first, Khatema thought he was joking. “I just laughed and told him ‘mind your own business’” she says. “When I got home, my father wasn’t there. My mother’s eyes were red. My siblings were silent and just looked at me.” She’s quiet a while and then continues. “I asked my mother if they wanted to marry me off. She hugged me and started crying. I wanted to scream and cry, but I [couldn’t]. I went to the stable. It was dark there and I started to cry.”

A shot in the dark

When Ghafoor came home later that night Khatema was determined to voice her disagreement. While she felt fear expressing her thoughts to her father, she knew this might be her only chance to change his mind. Khatema had always wanted to be a teacher and if she became engaged like her older sister she might never be able to realise her dream.

“I told my father not to marry me off. I told him that I wanted to be a teacher in the village school. [He] was silent and immediately left the house.” Khatema didn’t see her father again until the following morning as she was getting ready for school.

Khatema’s mother, Fatima, never wanted her daughters to have to live through what she did as a girl. She starts crying and it takes a while before she’s calm enough to speak. “When my husband offered my first daughter to his friend’s son for money, I didn’t know what I could do or whom I could ask for help,” she says. “This time I knew that our neighbour, Razia, had been trained to solve domestic conflicts, so I immediately went to her home for help.”

Razia had attended WVA’s peacebuilding training and knew how to handle these kinds of conflicts in a productive way. She approached her husband about Khatema’s situation and he went to Ghafoor to try to persuade him.

But convincing Ghafoor wasn’t an easy task. He had justified marrying his daughter off in exchange for relief from personal financial pressures that very few others were aware of. It took one week of discussions with Razia’s husband and the village Mullah before Ghafoor finally changed his mind.

Khatema is sleeping soundly again. “I am studying even harder than before to reach my dream of becoming a teacher. I am so happy. I feel relieved…like something heavy has been lifted from my shoulders.”

Ghafoor is in Iran now for work where he hopes to earn enough to pay off all of his debts. 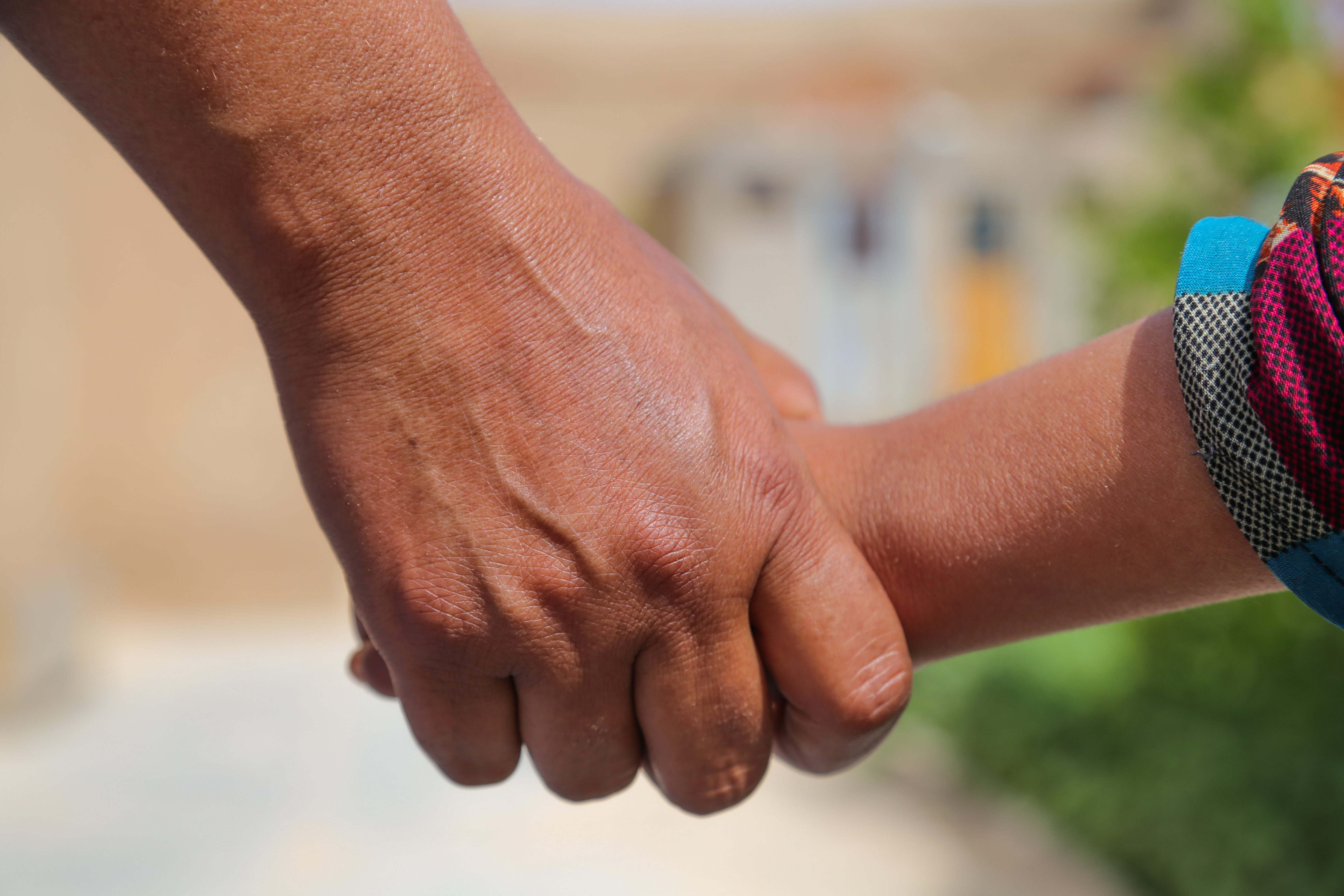 Khatema's mother while holding her hands

Peace promoters, including women shura members, faith leaders, peace and conflict resolution activists, teachers and other active civil society members have been trained on key topics such as the identification of conflict types and their attributes and drivers.

World Vision Afghanistan has ensured the presence of both men and women in the action. Including both men and women, who bring with them different kinds of experiences of violent conflict, will ensure that reconstruction benefits everyone and involves the greater participation of women in social activities and decision-making processes.

Members have been selected based upon their competencies in literacy, age, and availability for engagement, community acceptance, residency status and trust.

“In our training sessions, we teach the participants about violence against children and women,  Peace Skills, Integrating Peace and Conflict Sensitivity and Conflict Resolution, Culture of Peace and Peace Road. We use storytelling as a tool to increase our community’s awareness about how they can solve a conflict peacefully and link the peace messages with Islamic texts,”says Sima Hashemi, a WVA Community Development Worker.

Through this action, WVA aims to create an environment full of humanity and establish a culture of peace, love, security, pacificism and physical and mental health. This kind of peaceful environment reflects respect for life and human differences such as race, tribe, religion, gender, and age. 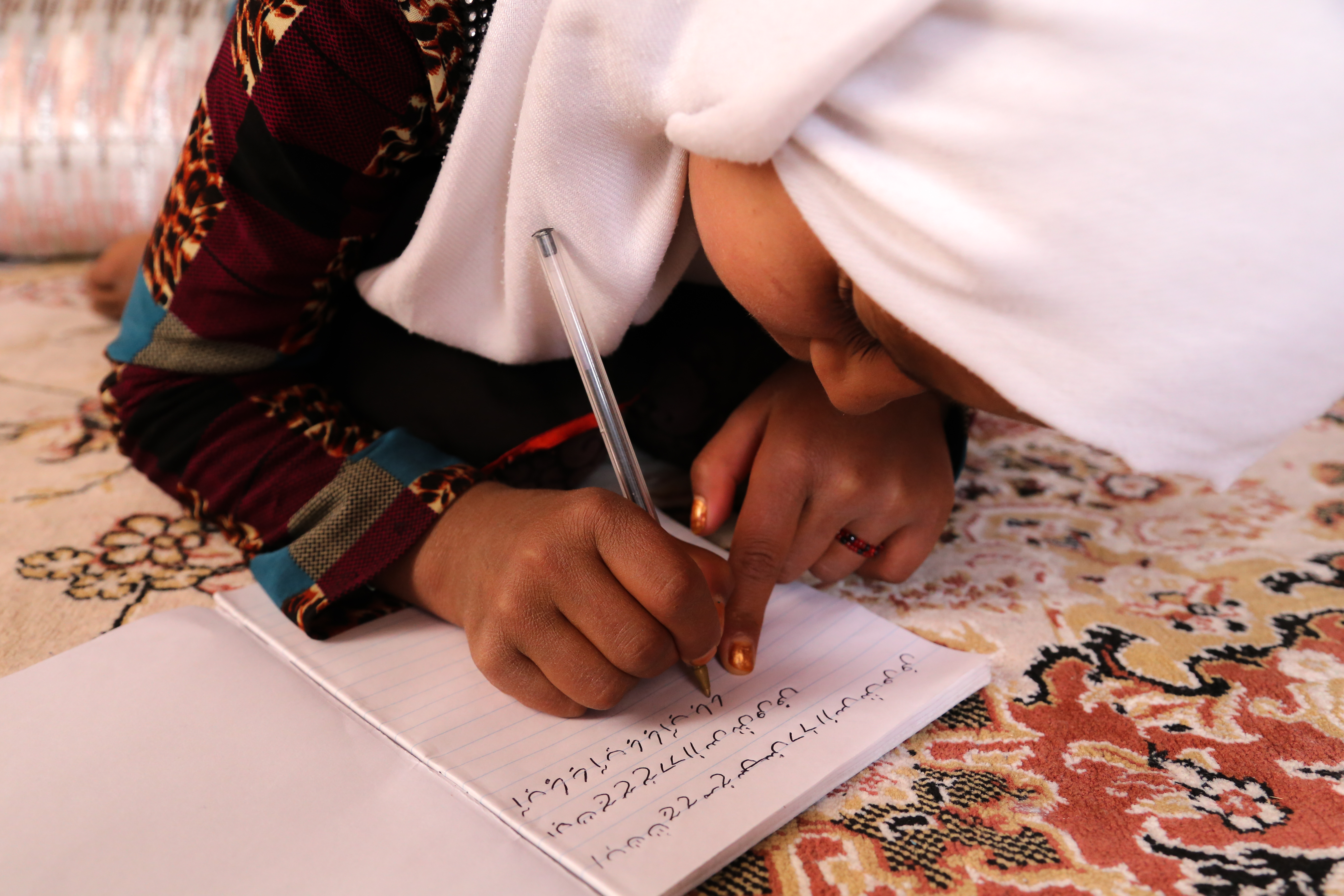 Khatema while writing her school homework