In Afghanistan men find it shameful to reveal the names of their wives or sisters in public; instead, women are referred to by the names of their older children rather than their own names. This is only one of many issues that have kept Afghan women from meeting their full potential, and it was in this context that a group of women in a remote district of Herat Province came together to pay tribute to World Vision Afghanistan’s (WVA) Women’s Empowerment Project and the Social Development and Advocacy Organisation (SDAO), through which these women have discovered their voice and identity.

On 9 November, 2016 members of the female Community Change Group invited the District Governor, the Director of the Department of Women’s Affairs and the Herat Provincial Head of Court and other government agencies to grant World Vision a letter of appreciation recognising that for the first time in the history of the district women can obtain their marriage certificate. 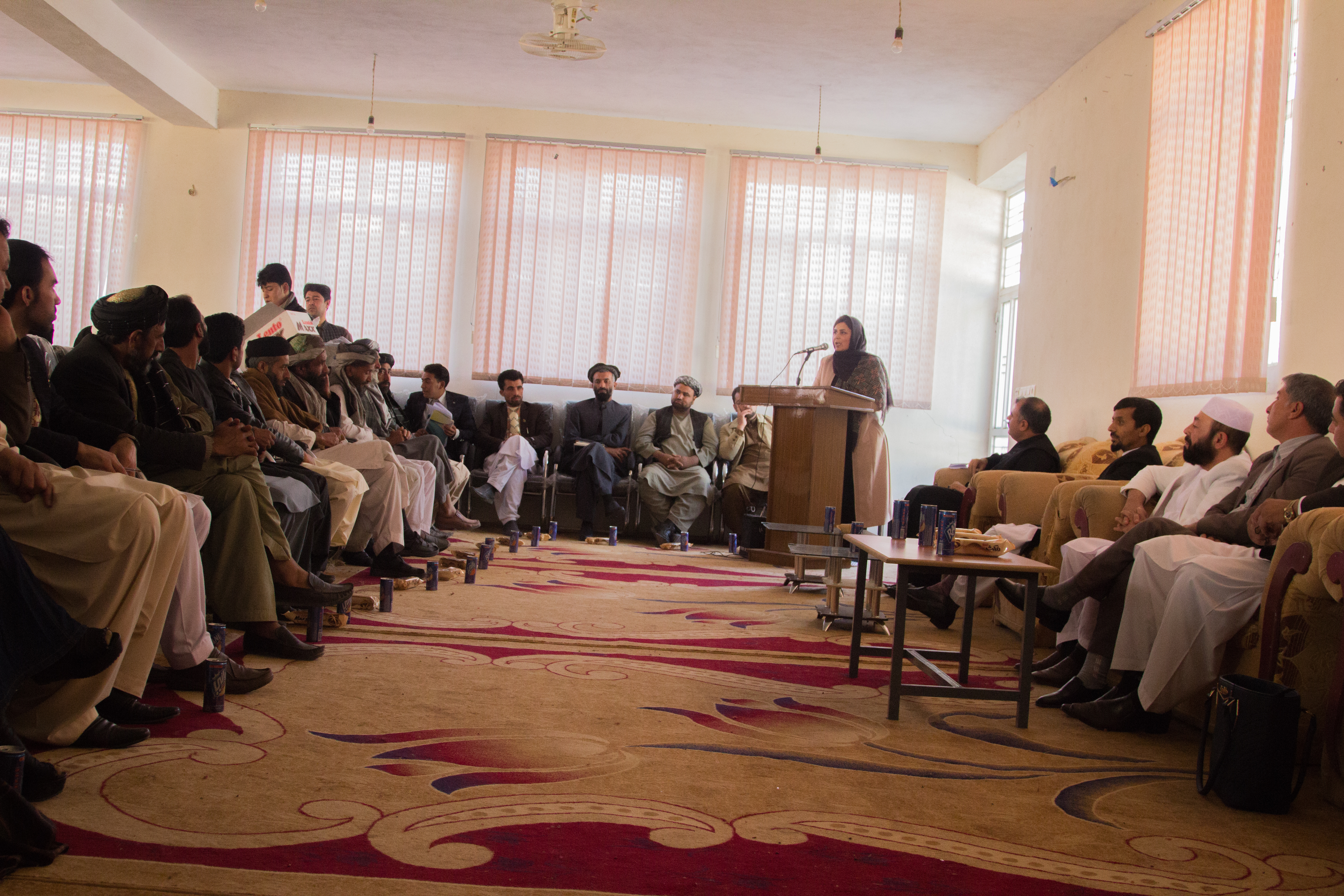 Mahboba Jamshidi, Director of the Department of Women’s Affairs while giving a speech

Mahboba Jamshidi, Director of the Department of Women’s Affairs says that as few as 15 years ago, when Afghan women first starting doing social and civil activities, no one believed in them. But “today we witness that through the selfless efforts of organisations like World Vision these women can now organise and manage these kinds of events. We are thrilled to see that the hard work of World Vision has come to fruition even sooner than expected.”

The certificates are an important accomplishment. Most Afghans have traditionally refused to register their marriages, either because they find it in bad taste to take their wives to court or they don’t consider it a very important measure.

Using the Community Change (CC) module, the Women’s Empowerment Project enables communities to identify burning issues. Defining the negative social values that influence these issues can often lead to solutions. As a result of CC sessions, residents of the Gozara district of Herat found out that a marriage document is necessary in order to retain any rights having to do with marriage, such as the claiming of dowries and inheritance.

“One of the benefits of having a marriage certificate is that women can legally claim the rights they are entitled to in case a couple decides to divorce.”

Additionally, according to Abdul Wakil Karemi, Head of the Court Department, “One of the benefits of having a marriage certificate is that women can legally claim the rights they are entitled to in case a couple decides to divorce.” 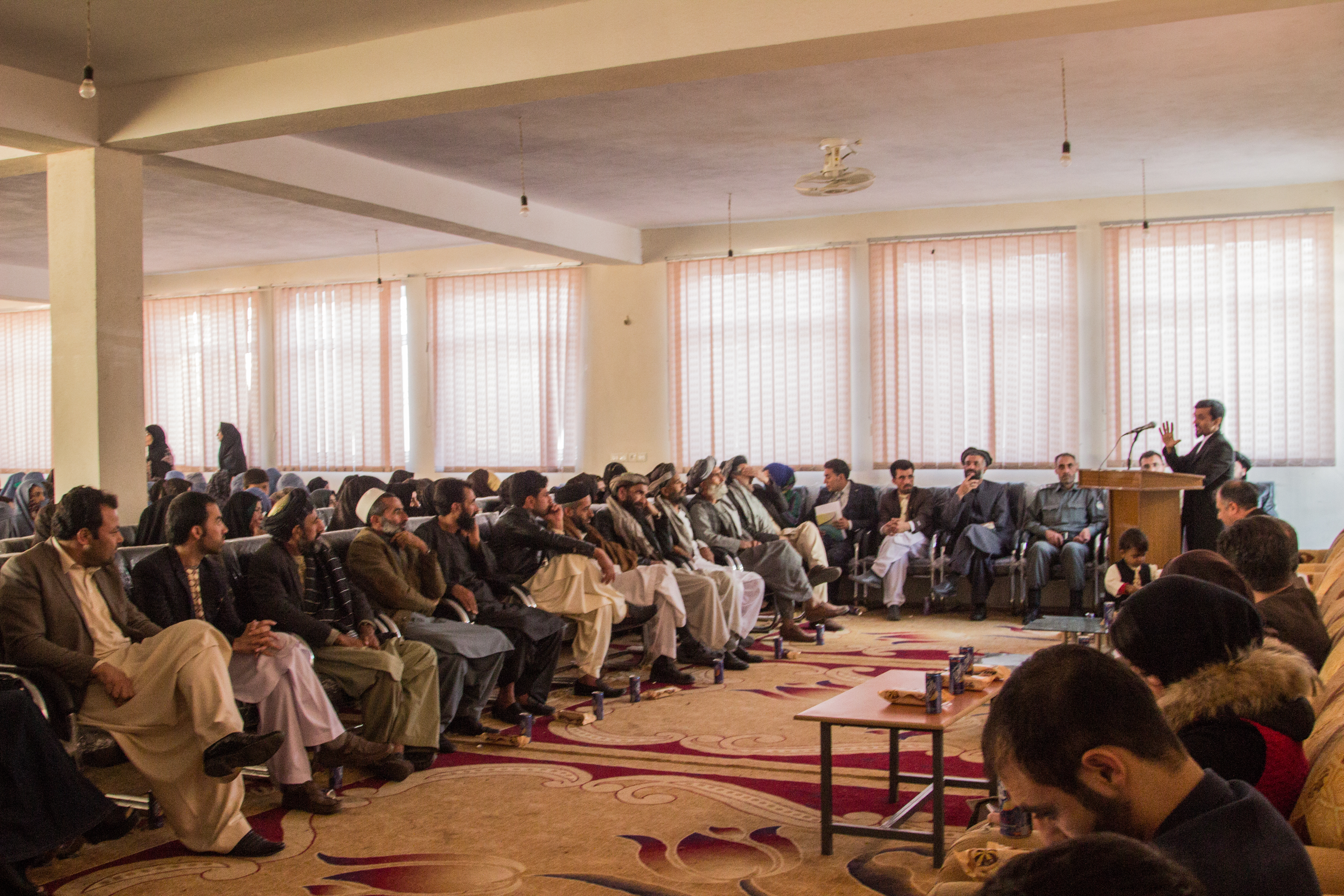 Abdul Wakil Karemi, Head of the Court Department while giving a speech

The CC module is a process of facilitated interpersonal dialogue by which communities explore in depth the underlying beliefs, socio-cultural norms and traditional practices that either hinder or support their progress towards improving the well-being of children. World Vision uses this dialogue to empower faith leaders and community members to come up with their own solutions and plans for social change.

“We met with the Head of Shura, religious leaders and the District Governor and shared our concerns and made our requests,” says Fariba, a World Vision CC facilitator. “It was decided in the meeting that our District Governor would talk to the Provincial Head of Court in order to grant us marriage documents. Additionally, religious leaders used a prayer gathering to talk with men about the importance of the document. Today, you can see that all of the women here have a marriage document in their hands.” 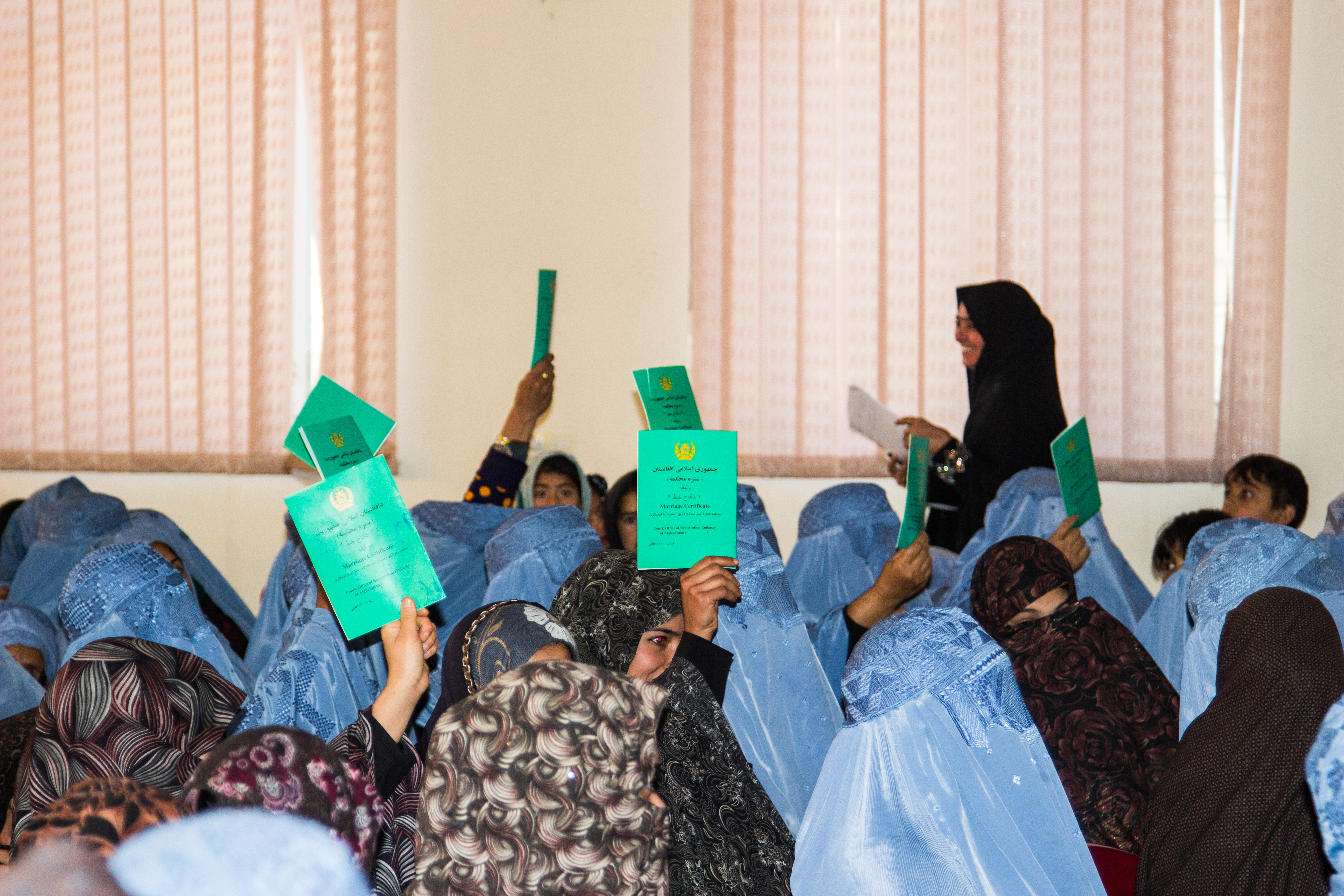 Women while holding their marriage certificate in the event

World Vision Afghanistan, in partnership with the SDAO and with the support of the European Union, is implementing the “Enhancing women’s civil and political empowerment” Action in Herat, funded through the European Instrument for Democracy and Human Rights (EIDHR).

The Action aims to identify priority areas for enhanced women’s participation such as within community-level decision making forums; it is also designed to build the capacity of woman leaders in community group facilitation, literacy and through engaging with government to enable women to meaningfully participate. Finally, the Action supports the government in Herat to more effectively implement the National Action Plan for Women in Afghanistan (NAPWA).