When the Upper Nile State Ministry of Education announced its best performing students, 17 out of the 20 children were from the schools in Dengtoma internally-displaced camps supported by World Vision in partnership with Irish Aid. The students came out on top of the primary leaving examinations that will take them to secondary schools.

Thon Malith Dan hid in the bush for a month and walked for days as he fled from the fighting in his village in Baliet County. He eventually found his way in Dengtoma camp where most of the displaced sought refuge. Thon recalls, “There was almost nothing. We started from scratch.” A teacher for almost seven years, he got worried that children were missing school. He found work with an aid organization in the camp for six months, saved his money and started to set up a school. 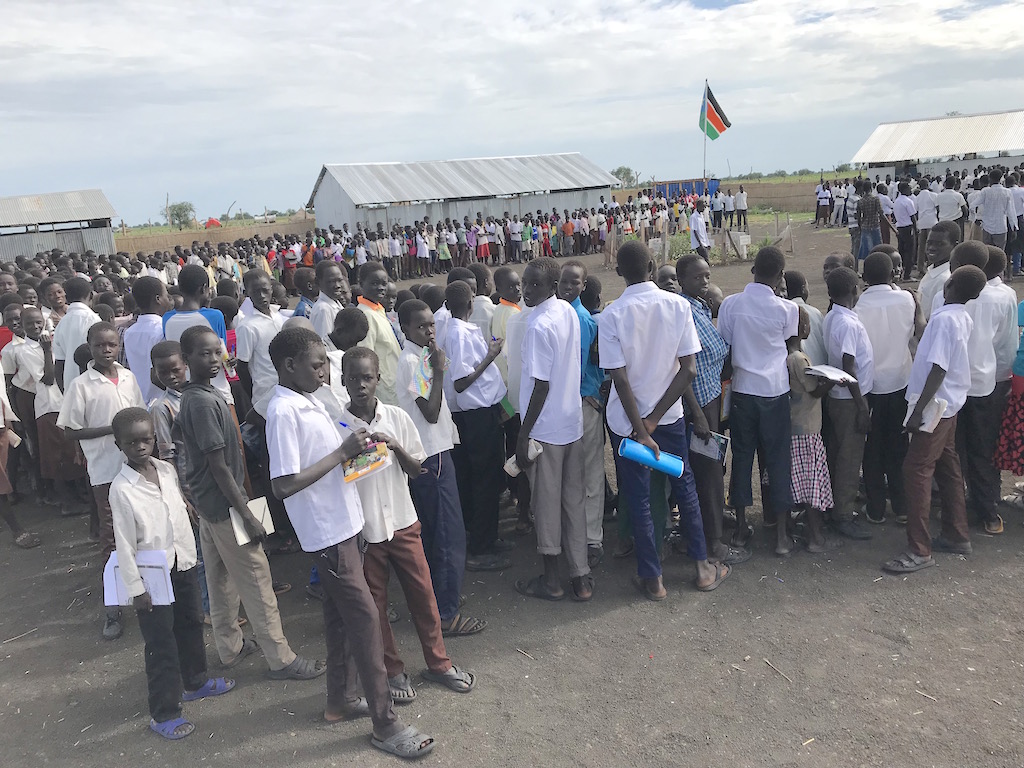 The school officials composed of community leaders, teachers and volunteers work together to keep the children in their classes, participate in protection activities to be aware of their rights and other issues such as gender-based violence.

“We will not stop the cycle of violence if we do not educate our own children. Crime and fighting will continue. Something must be done and we need to start with these children,” he says. He registered around 300 children in his makeshift classroom walled with grass and with thatched roof. The room still stayed today as a testament of Thon’s persistence to help the children despite being displaced himself.

In 2016, Thon partnered with World Vision and met with Irish Aid Project Manager Anteneh Mekonnen to boost the education program in the camp and encourage children to go back to school. The children were excited. From the initial 300 children that Thon had supported, the enrolment has now grown to over 10,000 and 13 schools were established with 45 classrooms. To improve the quality of education, 150 teachers were trained and supported with incentives.

This year, results of the 2017 primary leaving examinations showed that eight students from Dengtoma’s schools were graded as top performers in primary schools nationwide while 17 out of 20 schools with high performance also came from the camp, all supported by World Vision through the Irish Aid Project. Thon was very proud. He says, “Imagine these children are in very difficult conditions and yet they have performed well. They can do more as support continues.” 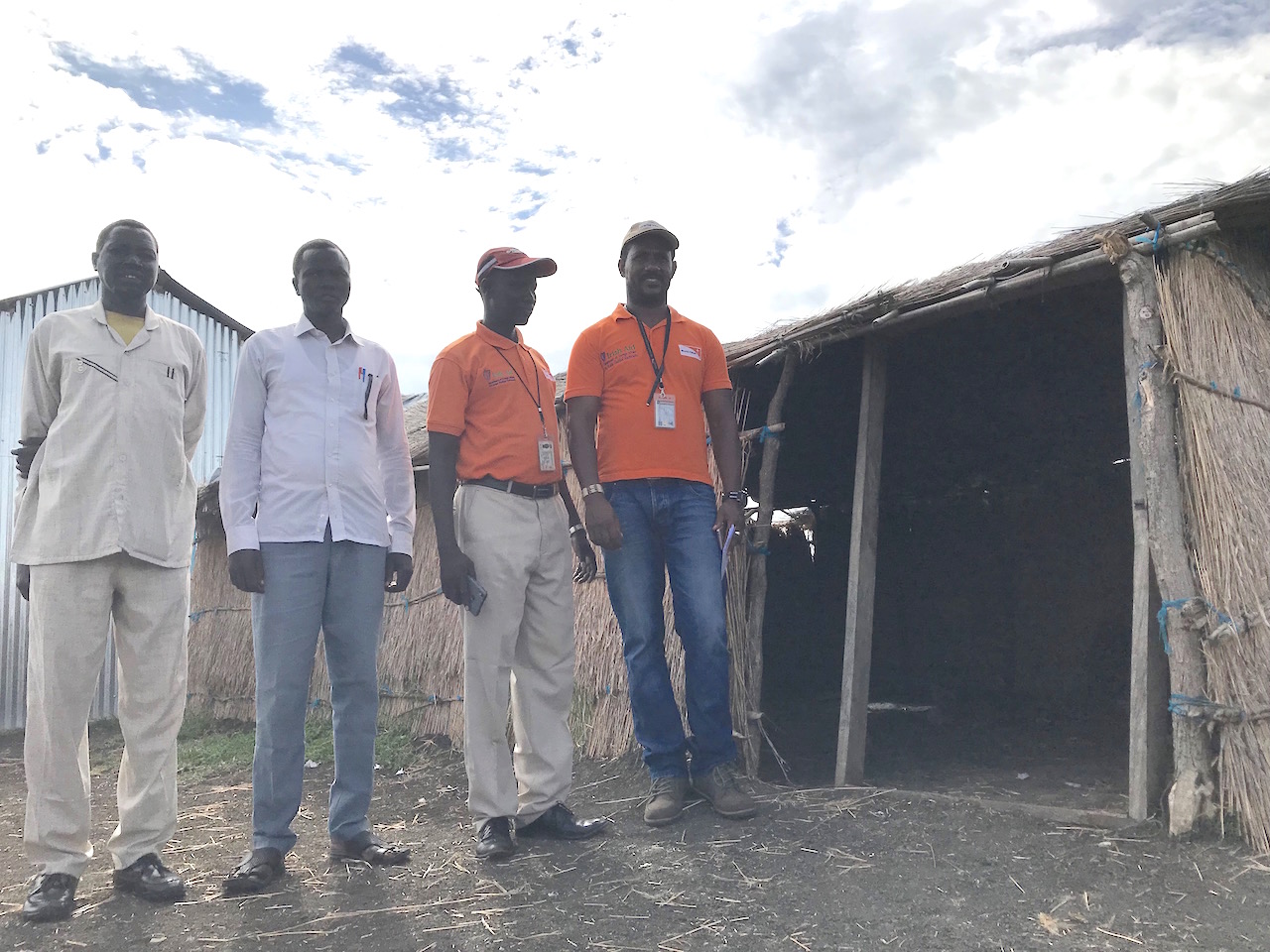 Along with community leaders, Thon (3rd from left) and Anteneh (far left) show the very first classroom that were built for 300 children when Thon started the education program in the camp.

Anteneh was proud how Thon made the children’s dreams come true. He says, “Thon started all of these. It became easy for us to convince the children to enroll because he had already sown the seeds.” He added that they are still faced with a lot of challenges. “The classrooms are crowded as enrolment kept rising. It is very uncomfortable for the learners and teachers find it hard to monitor everyone. We just keep trying.”

To save costs, Anteneh has found a way to engage local carpenters to build wooden desks and he closely supervises the process. “We need the desks to be sturdy to keep the children safe. We also have to build as much as we can to ensure that each child sits properly together with their classmates as they learn and study”, he explains.

Indeed, just imagine how a child will feel without a chair inside the classroom. Anteneh concludes, “We are doing our best that every child is attended to. But you get inspired of their enthusiasm regardless of how tough the surroundings are.” 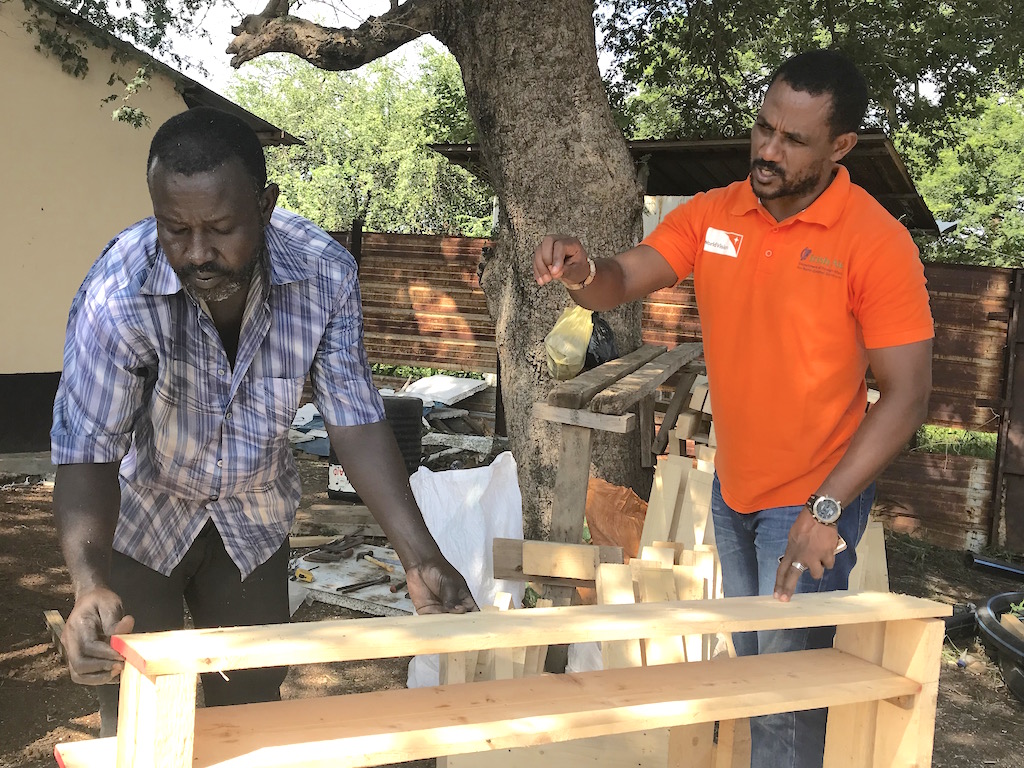 Anteneh supervise the local carpenters build the wooden desks needed for the growing number of children in the schools.