Malaria continues to be one of the major public health problems in Angola and is the principal cause of morbidity and mortality in the country, especially among children under 5 years of age and pregnant women. Malaria is endemic all over the country. Most reported cases are of children under five. People living in epidemic-prone areas are most vulnerable to severe malaria.

Moxico is one of the provinces which is benefiting from the Global Fund’s project implemented in partnership with the ministry of health and Fundo de Apoio Social (FAS) a repartition from the Ministry of Territorial Administration. This project covers three municipalities and benefits over one million children.

64 km away from Moxico province, is Tchiyembele village, with 908 inhabitants currently in comparison to 2014 that population was around 569 people. As the community is growing, social problems also tend to grow and Malaria is being one of the main preoccupations of this populations as it is threatening the lives of young children as results from puddles of water and rain lagoons around the community, children tend to get sick very often. 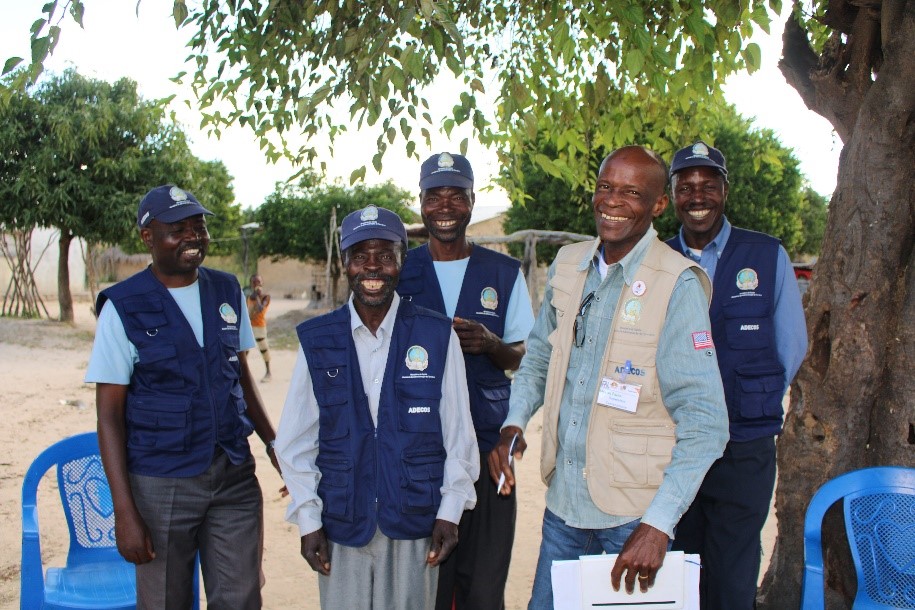 Adecos the agents who promote the community sanitation development play an important role in the identification and treatment of malaria simple cases at the community level. Each Adecos covers over 50 families in the community as the age range for treatment is0 months to 5 years. They live in these communities which makes it easier for them to follow up on the families on a monthly basis.  However, it is not an easy task, as sometimes they have to walk over two hours to be able to reach the nearest health post to admit a child with complications but they are doing their best to support these families.

Three Adecos responsible for Tchiyembele area have mentioned that slowly the community is changing some of their old habits which is improving the effectiveness of their work. Moises Bernardo, Alberto Lilamano and Moises Camarada consider the lack of sanitation as one of the main causes of malaria in this community but they are very pleased to be able to help the families in their communities, despite of all the difficulties.

“We visit the families every month to make sure they are following through with the treatment and if there are any cases of malaria with complications we transfer them to the nearest health center so that they can receive treatment”. 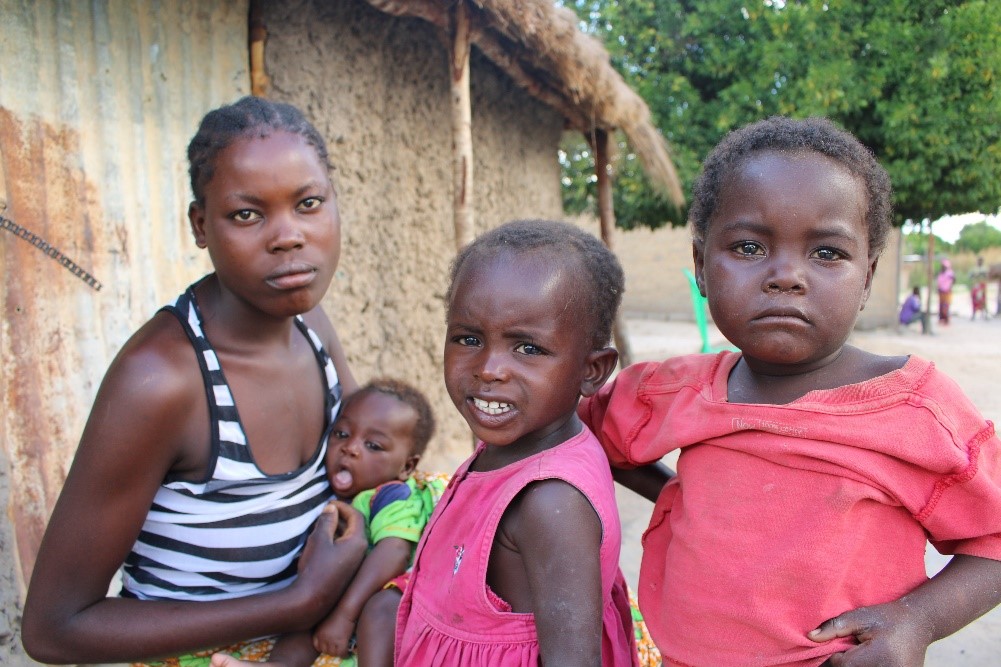 The Adecos, are the health care workers, who are trained to increase community awareness and mobilization; prevention strategies such as vaccines; access and handling of clean water; compliance with malaria prevention strategies. Their role is social mobilization, promotion of healthy behaviours, prevention of diseases, surveillance of treatment for some communicable diseases, referral from communities to health facilities.

Meanwhile, Odeth Peso, a 19 year old mother of three saw her two first daughters Sandra 5 years and Inês 3 years get Malaria, both at once, was desperate because she did understand why suddenly her children did not have the energy to play and during the nights they would both have fever and cough a lot. Luckily, there are Adecos in the community, who detected this case and tested the children.  The results came back positive for malaria and they started treating it right away.

“My girls are still under the treatment but it is very comforting to see that they are stronger now,” says Odeth

On the other hand, Sandra Nhungueno, is very happy because her four year old son, Afonso and one year old daughter Enica are now healthy and they are running and playing happily as they have completed the malaria treatment.

“My children were so ill that they did not even sleep at night, their temperatures were very high, they also had diarrhea, and from 5 pm they would start crying. Since they tested positive for malaria and started the treatment I could see the difference and the improvement. Now they are well, they run and even eat maize, I am very grateful that you cured my children, these medicines are very good,” says Sandra. 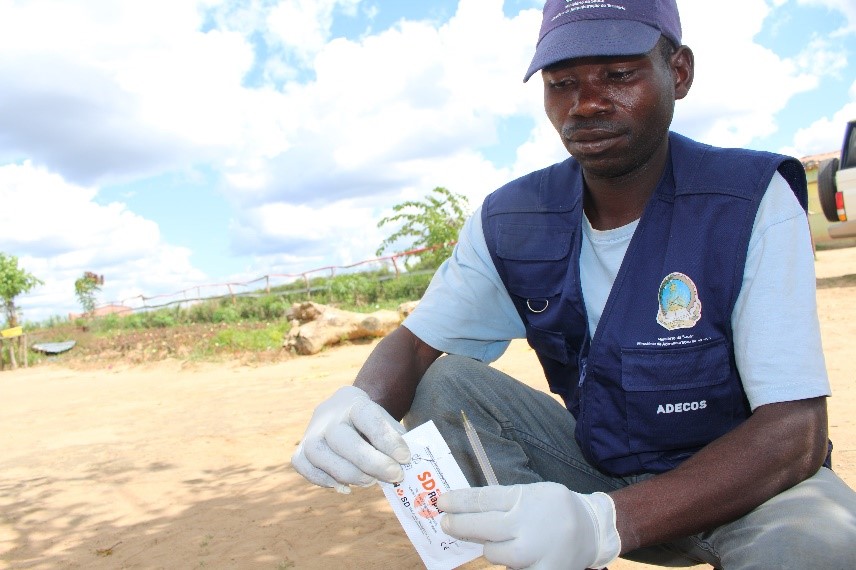 “This partnership with the Ministry of Health and Ministry of Administration of Territory is essential as they assure and facilitate the presence of the Adecos service at the community level, which contributes to the effectiveness of the expected results”. Says Alfredo Francisco, Chief of Party of Global Fund project.

Learn more about how the work World Vision is doing is improving the Health and Nutrition of children in Angola.