John Gieth Piat, 39, was smiling from ear to ear. The day has been very productive and the catch from River Nile was aplenty. There were a lot of catfish, tilapia and mudfish. The lead fisherman of the group composed of the displaced living in Dengthoma Camp, John started with one canoe sharing it with his neighbours.

When World Vision began supporting them with one more canoe, fishing nets and some equipment such as twines and hooks, they worked hard together until they were able to add three more canoes.

A father of five, John moved to the camp together with an estimated 20,000 displaced people coming from different counties during the fighting and settled there with family. His interest was always in fishing since he was growing up in Khorfulus County until the conflict drove them to Dengthoma. Out of the 120 fishermen being supported by World Vision in Melut County, 50 of them are in John’s group whose rapport and camaraderie for the work were very obvious. 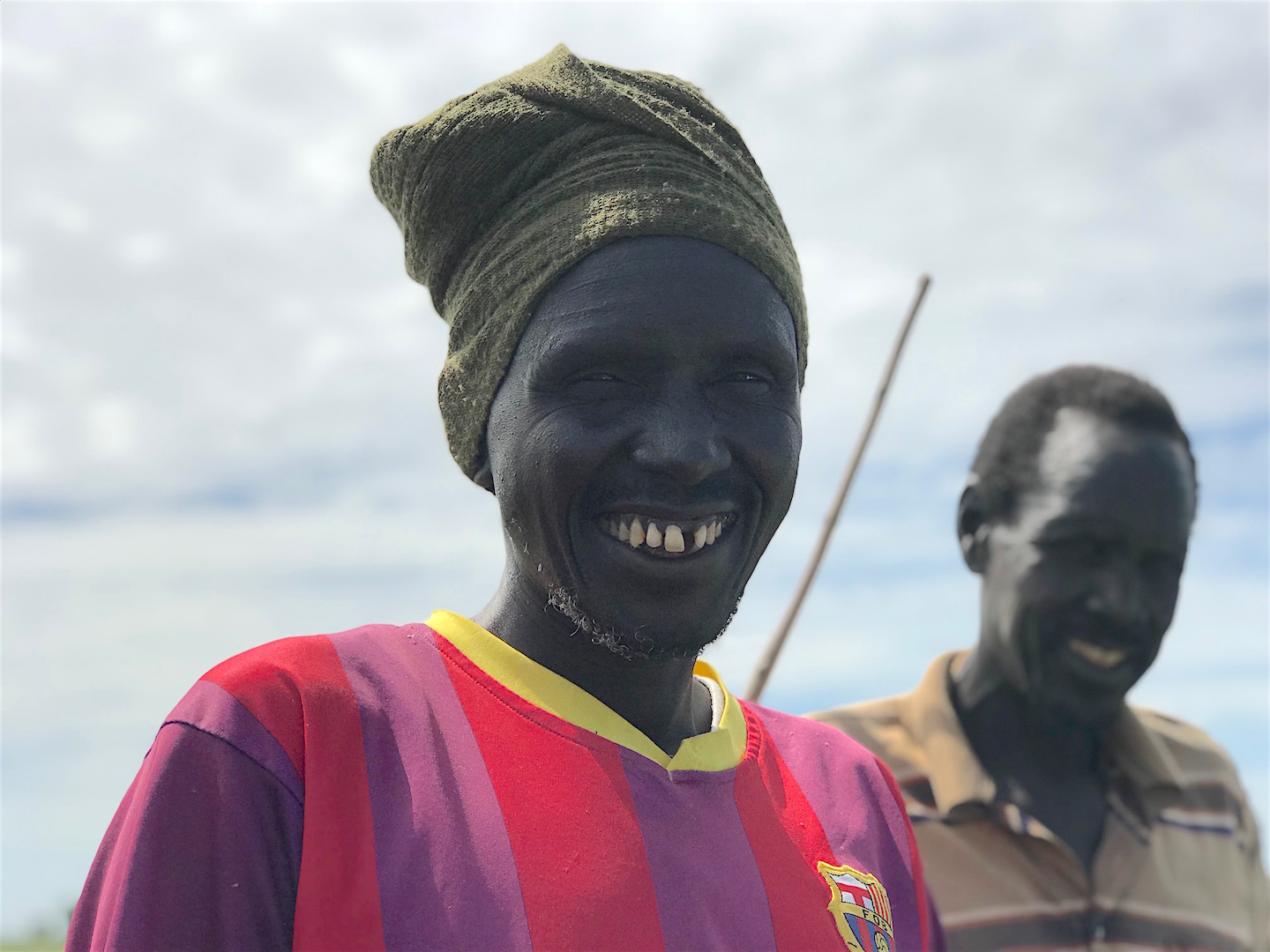 Lead fisherman John's enthusiasm and love for fishing show in his face and how he cares with his fishing partners.

“My dream is for the fishing industry to thrive in South Sudan. With the Nile River just beside us, this is a huge potential”, John says. He is right. A Food and Agriculture Administration (FAO) report projected that fishing could provide an estimated 80,000 people with employment and food to eat.

FAO also added that the export earning potential is very high at an estimated half a billion US dollars a year. FAO is positive of the prospects as its campaign on more support to the industry is bearing fruits.

Monde Nasilele, World Vision’s Zonal Programme Manager for Greater Upper Nile shares, “We are supporting 7,090 fishermen in the Upper Nile State and that translates to about 42,540 people benefiting from the program.” Before the program, the fishermen get as much as 10 pieces but now they can catch 10-20 big ones and 50 small ones. Their income has increased from SSP 500 (USD 3.84) to SSP 4,000 (USD 30) daily. This is just a tip in the bucket. With more and better equipment, the fishermen can do more. 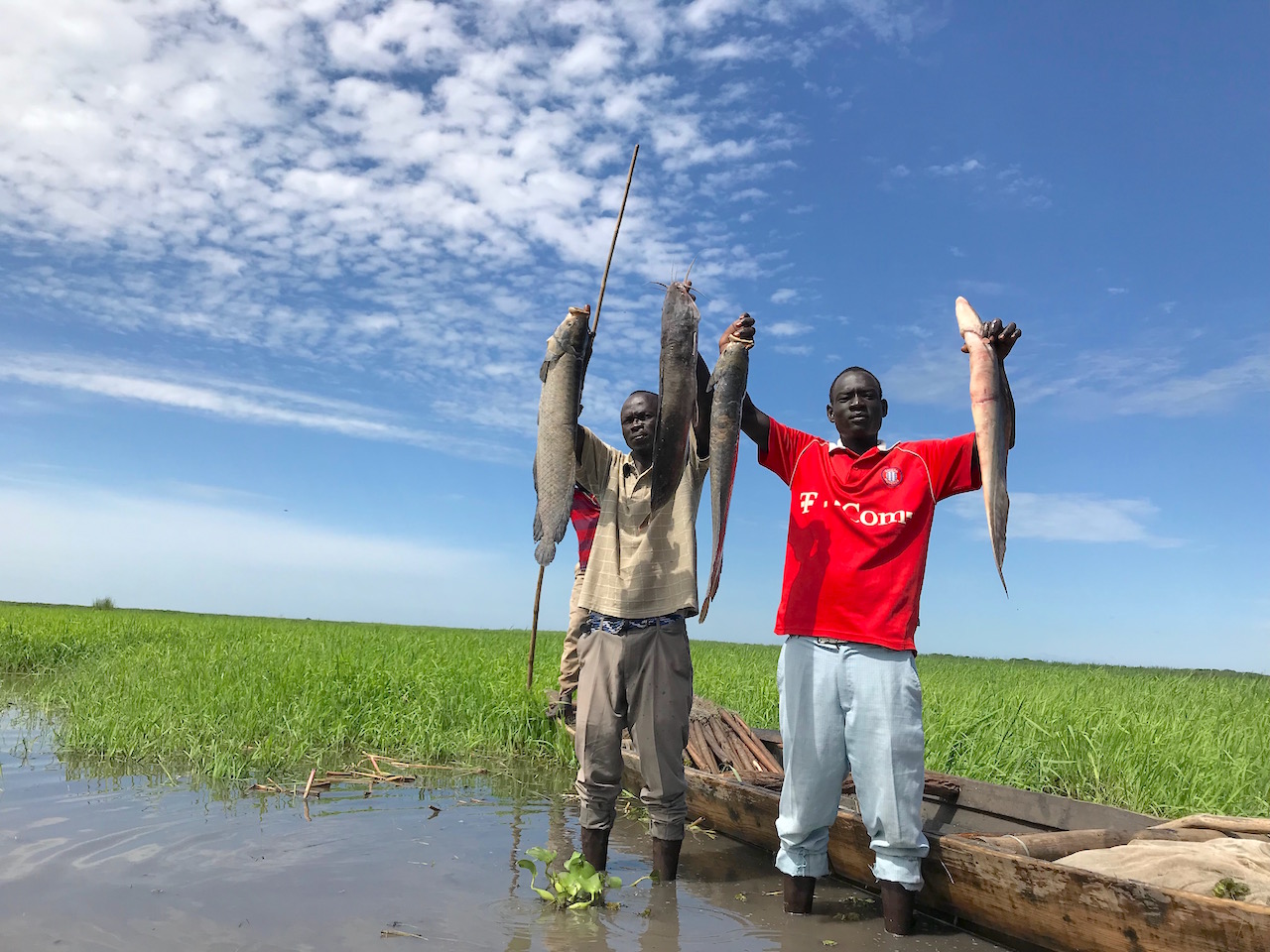 Interest in the fishing industry is fast catching up. Given the right support, it can provide food and income to thousands in the country.

“We always reserve two pieces of fish for family consumption and the rest are delivered to the nearby fish market. The demand is very good. We do a rotation every other day so all the members have the chance to go out and fish. Often we have a challenge replacing our old fishing nets, as they are not available in the local market. We are really glad World Vision came to support us but we are still hoping we can get more canoes so all of us can fish at the same time,” John explains.

One locally made canoe costs SSP 30,000 – 65,000 (USD 230 – 500) depending on the quality. On their turn, the fishermen would usually go to the river at 5:00 am and comes back at 10:00 am. John said fishing at night is good but requires them powerful torches that can ward off crocodiles, snakes and mosquitoes. They also need jackets for protection against rain and the cold weather.

The group’s dream is to be able to have 25 boats, with one heavy-duty fishing net provided per boat. “Our children have started going to school in the camp. Our dream is for all of them to get higher education”, he says. John’s children are studying in Uganda for high school and university. 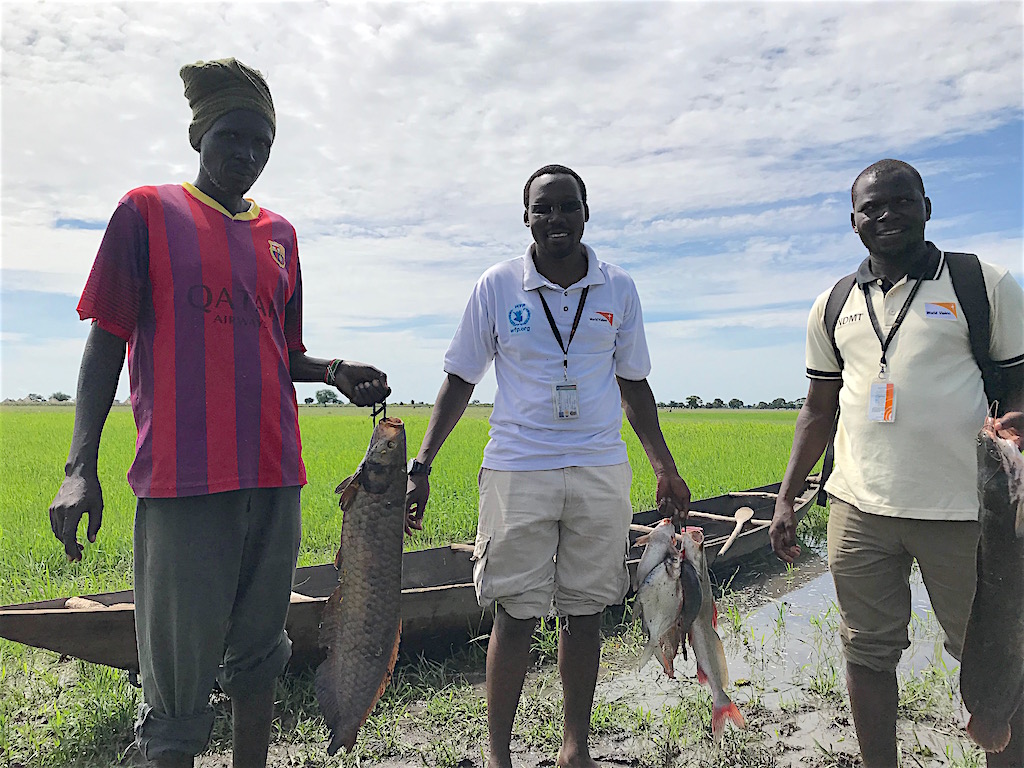 The project is supported by the Food and Agriculture Administration (FAO) and Office of US Foreign Disaster Assistance (OFDA) and, formerly, by the Dutch Relief Fund of the Netherlands’ Ministry of Foreign Affairs through the Joint Humanitarian Response for South Sudan (SSJR) Initiative.

Nasilele adds, "This part of South Sudan has always been suffering of food insecurity either due to the fighting and natural disasters such as drought or flooding during the rainy season. Fishing has provided a steady supply food, especially protein, for the community. By empowering the community through the provision of fishing gears as well as with the right skills in fishing and fish preservation, this industry is becoming a good response for food security.”

Below: The proud fishermen of Dengthoma Camp with the World Vision team in Melut County. 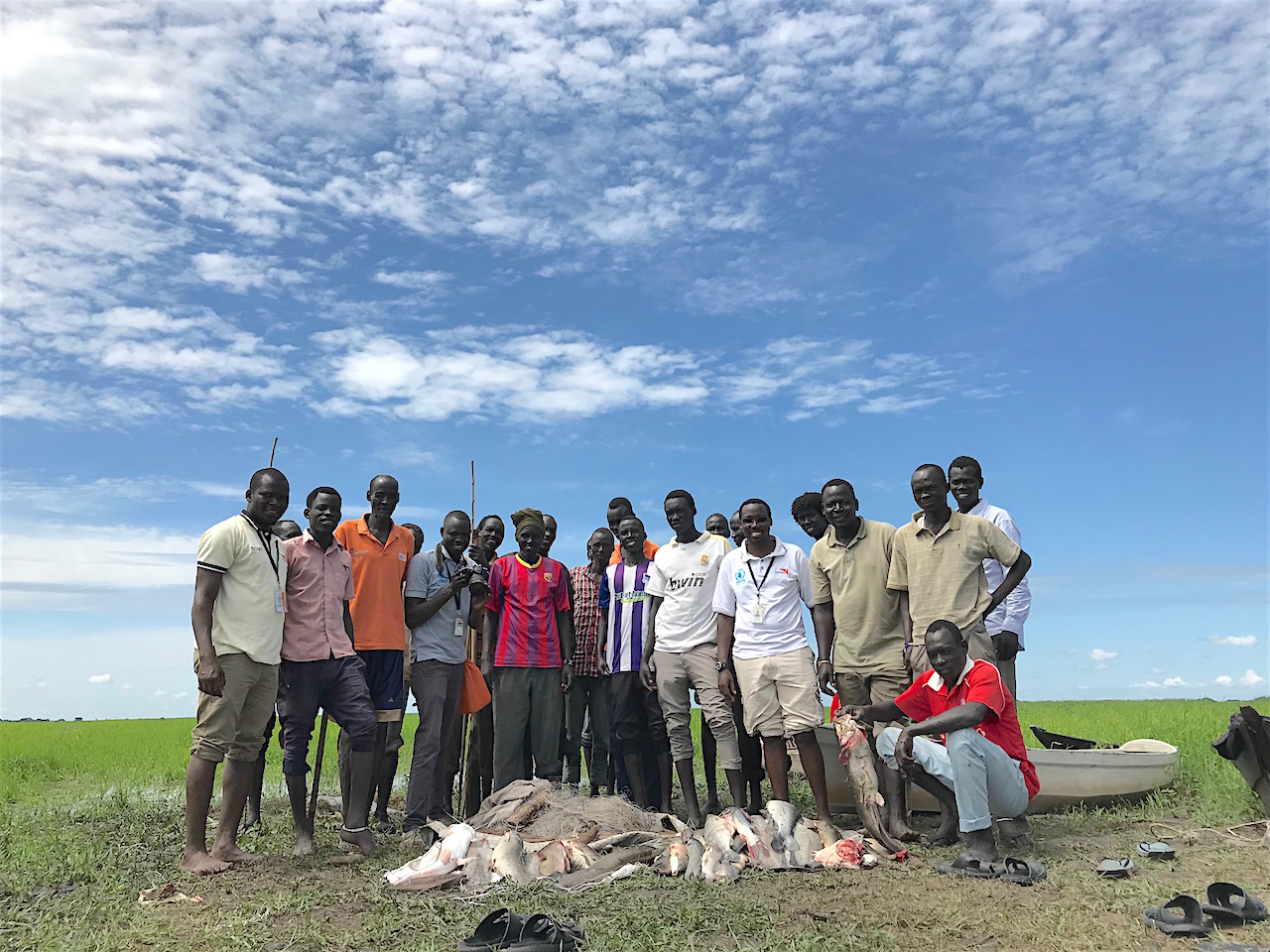