A UN report last year painted a bleak picture of South Sudan’s status of children’s education in primary schools. It stated that out of the 25 million children who are out of school in conflict zones, the country has the highest rate of out-of-school children with close to 72 percent of them missing out on education.It is followed by Chad with 50 percent and Afghanistan at 46 percent. The three countries also have the highest rate of girls who are out of school with South Sudan at 76 percent, 55 percent for Afghanistan and 53 percent for Chad.

When the conflict flared up in South Sudan on 2013, millions of people were displaced. Many of them fled in the neighboring countries while others opted to settle internally in areas that they deemed safe. Among these areas is in Melut County located in the Upper Nile State. The increase in the county’s population led to the opening of Melut Girls Primary School in 2014. 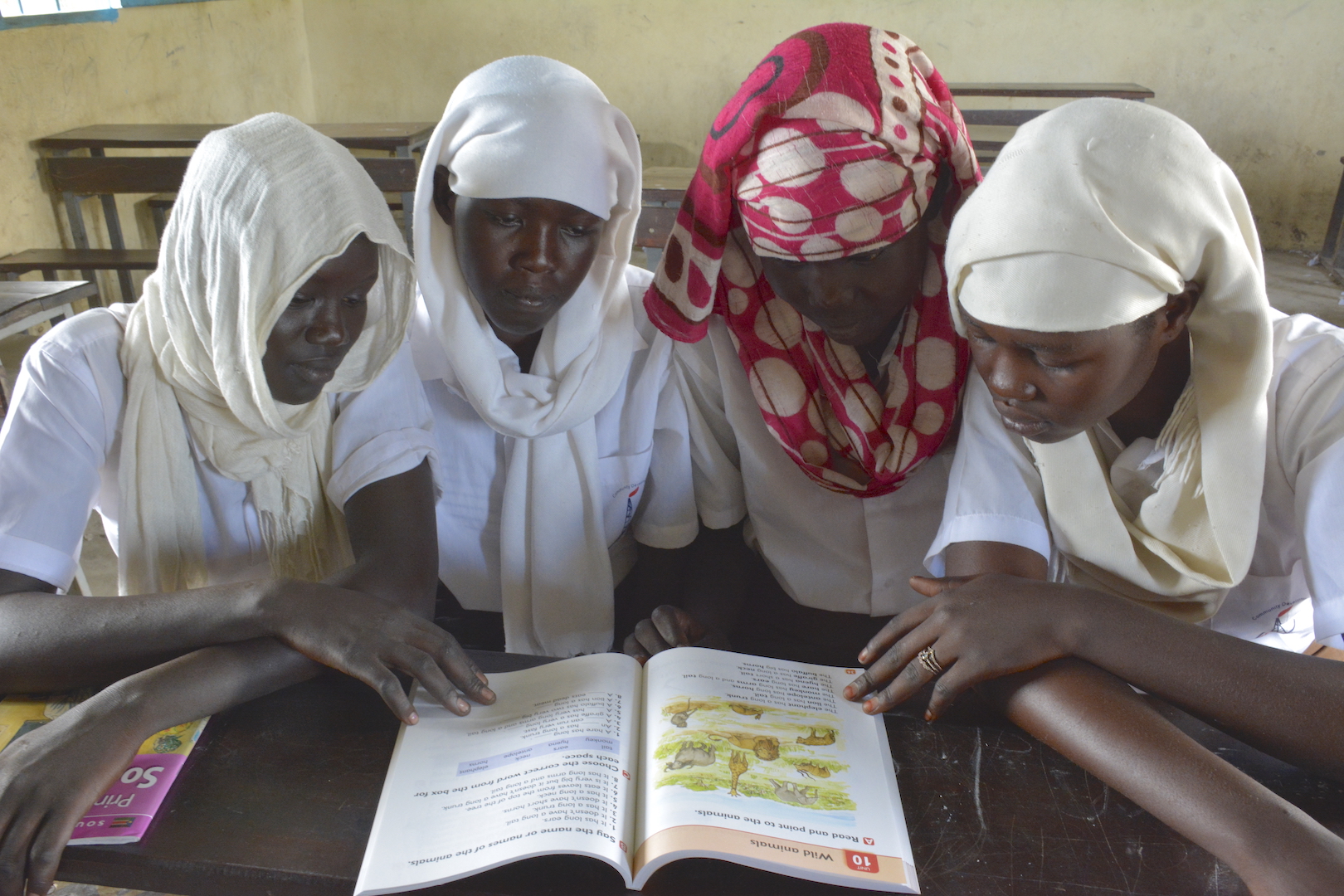 Community heroes. The girls are not just following their dreams to study. They also stood up to the challenge of helping other children and their community.

The school aimed to reduce long walks for children to the nearby schools but it experienced enormous challenges. There were few teachers and no school materials. The teachers who were around, worked for months without getting paid. In 2017, World Vision did an assessment and identified 32 schools the needed urgent assistance in both Melut and Renk counties.

Taking immediate action, World Vision supported 13 primary schools with school feeding program.  The number of pupils dramatically rose from 625 in 2017 to 725 in 2018 in Melut schools alone with the highest enrolment in the lower classes.

Due to the people's movements in Renk , however, there has been a 3 % decline in the student population, however this is lower than the overall 22% departure rate as per total traffic recorded in Renk Town connoting  enrolled children may have remained  to continue with education.

All of the 32 schools were provided with learning materials. Teachers’ incentives were allotted in 27 schools, while the rest were assisted by other partner-organizations. It is  notable that due to the fragile security situation and  nascent government department support structures there are limited number of fully employed teachers  in the schools.

In the case in Melut Girls Primary School, out of 16 teachers, 14 are volunteers who are students waiting for their final exams and some who have already taken the exams. These volunteers improved the conditions of learning by encouraging pupils not to miss their lessons. 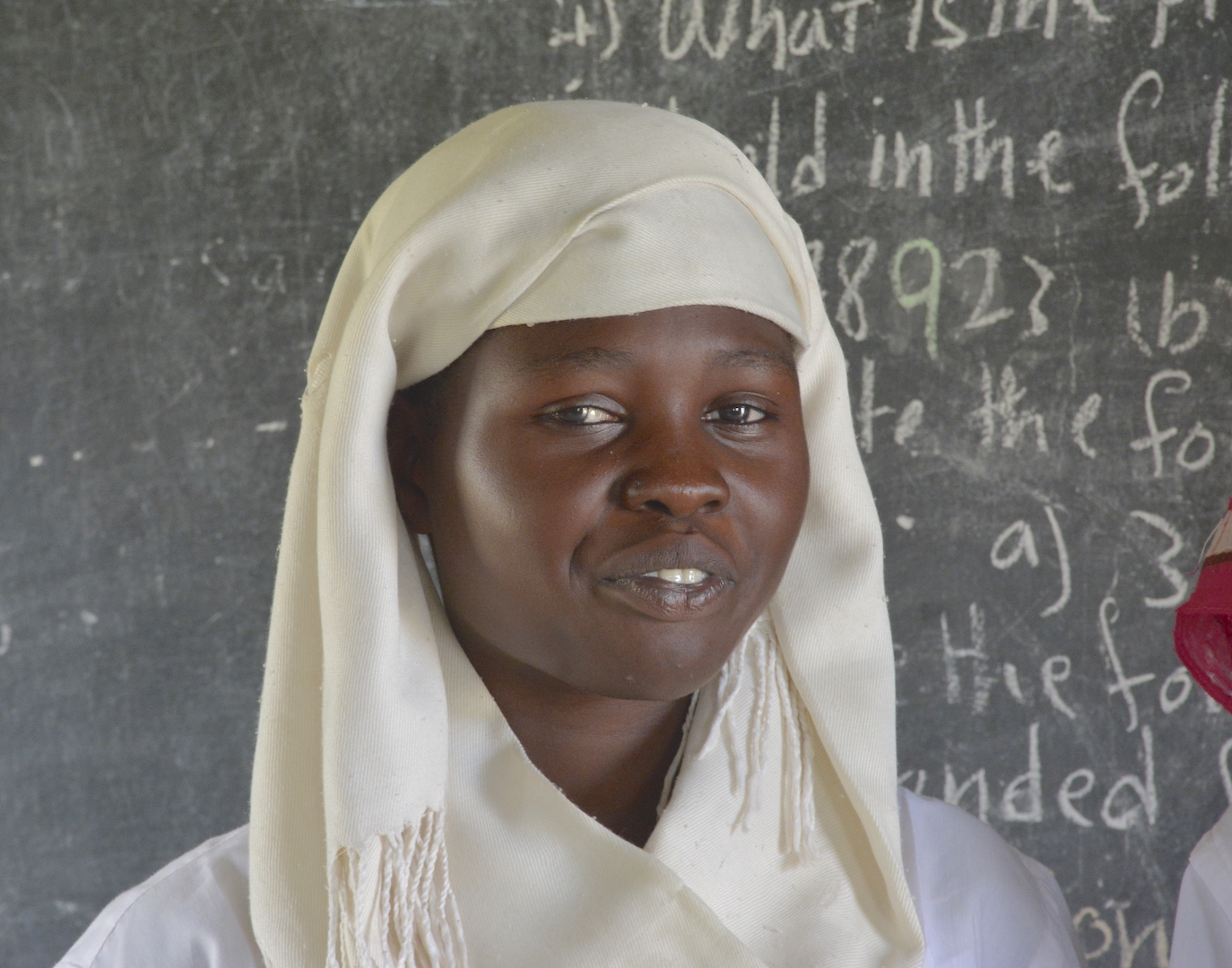 Jezira raised her concern over some girls who wanted to go to school but are made to work instead. She voluteered to help her school to help encourage other children to keep studying and never get absent.

Rwon, one of the volunteer teachers, said he is waiting to sit his final exams in Melut Secondary School. He says, “I am volunteering as my personal contribution to my community.” Akol, another student-volunteer adds, “Lack of enough teachers in the school compelled me to help. I want to be among those who contribute and help.”

Alith, 18, raised one issue that needed to be addressed. She said the lack of sanitary pads for the girls sometimes keep them from attending classes. “Girls are given a lot of work when they return home from school. This affects our participation in the classes”, she adds.

All of her sisters got married without going to school, Alith shared. She says, “Our first born got married after finishing primary 8. I do not want the same to happen to me. I have a dream to achieve. I want to become a pilot.” Jezira Kur 18, and in primary 7 said that many of the girls who are not supported by their families to study cannot attend the classes. They are sent to the market to sell tea, bread or work in the local restaurants. 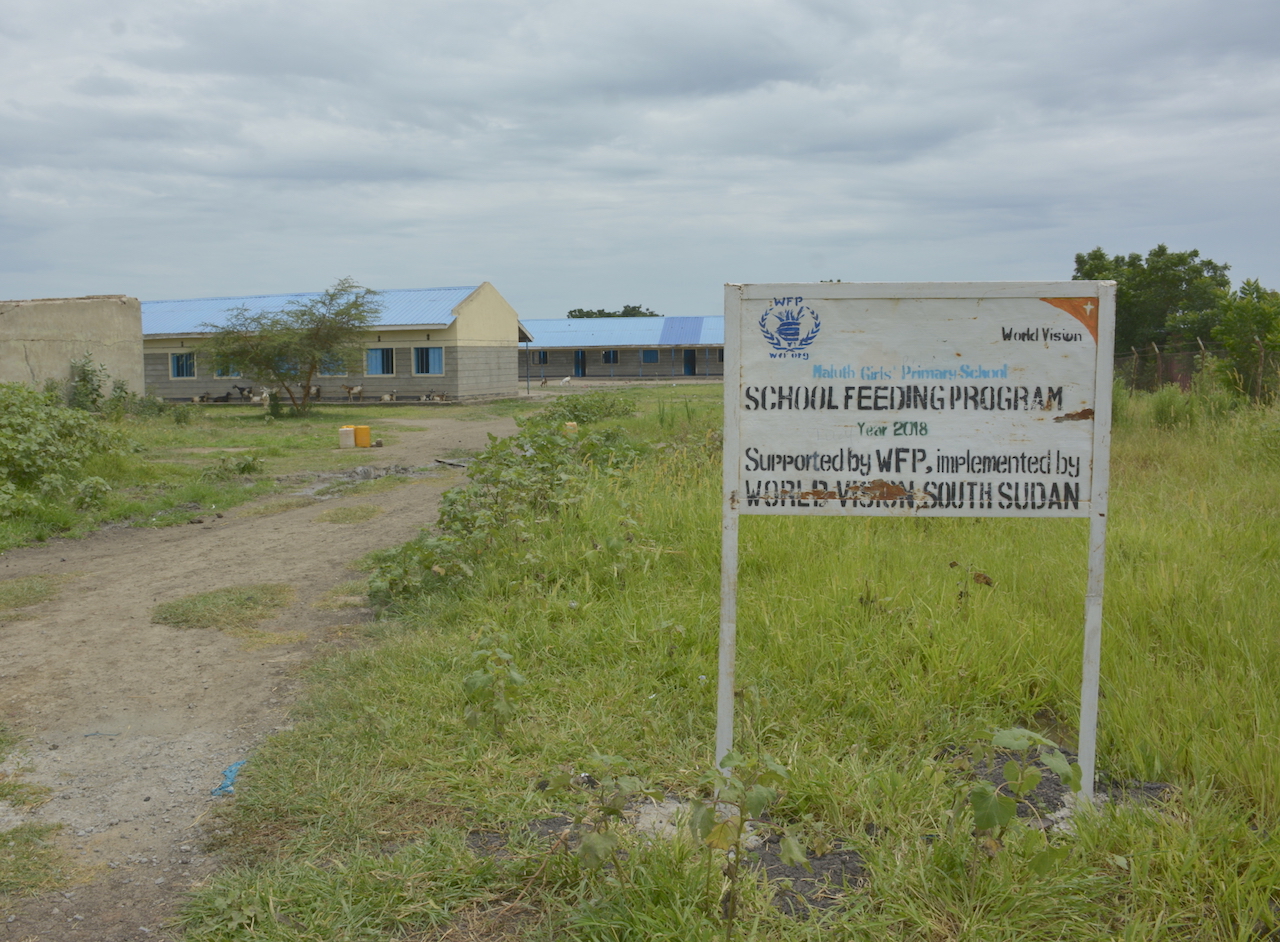 One of the primary schools in Melut County which has a school-feeding program supported by WFP. The program has prompted the increase in enrolment and decreased the absences of students.

She adds that, “Some parents marry their girls early against their will especially when they need money or resources like cows.” Some of the girls, she explained, are lured by promises of their boyfriends. She says, “Their boyfriends tell them they will send them to school after the marriage. Once they marry, the promise is forgotten.” “The school feeding helped us so much. If we go home during lunchtime, no food is usually ready, forcing us to be absent,” said Abuk, 16.

“We have witnessed tremendous growth in enrolment and attendance from 1477 to 1815 students indicating an increase of 23 percent in schools supported by World Vision,” says Wilson Kipkoech, World Vision’s Program Manager for Melut and Renk. World Vision managed to provide latrines in some schools.

But Kipkoech adds, “We aim to increase the numbers of latrines in the schools. We constructed and rehabilitated in 10 schools, but as enrolment increases, the need is growing. We truly appreciate the support of the World Food Programme (WFP) in the school feeding program and funding for school materials and teachers incentives from from UNICEF and IRISH AID. They are making good impact to these children.” 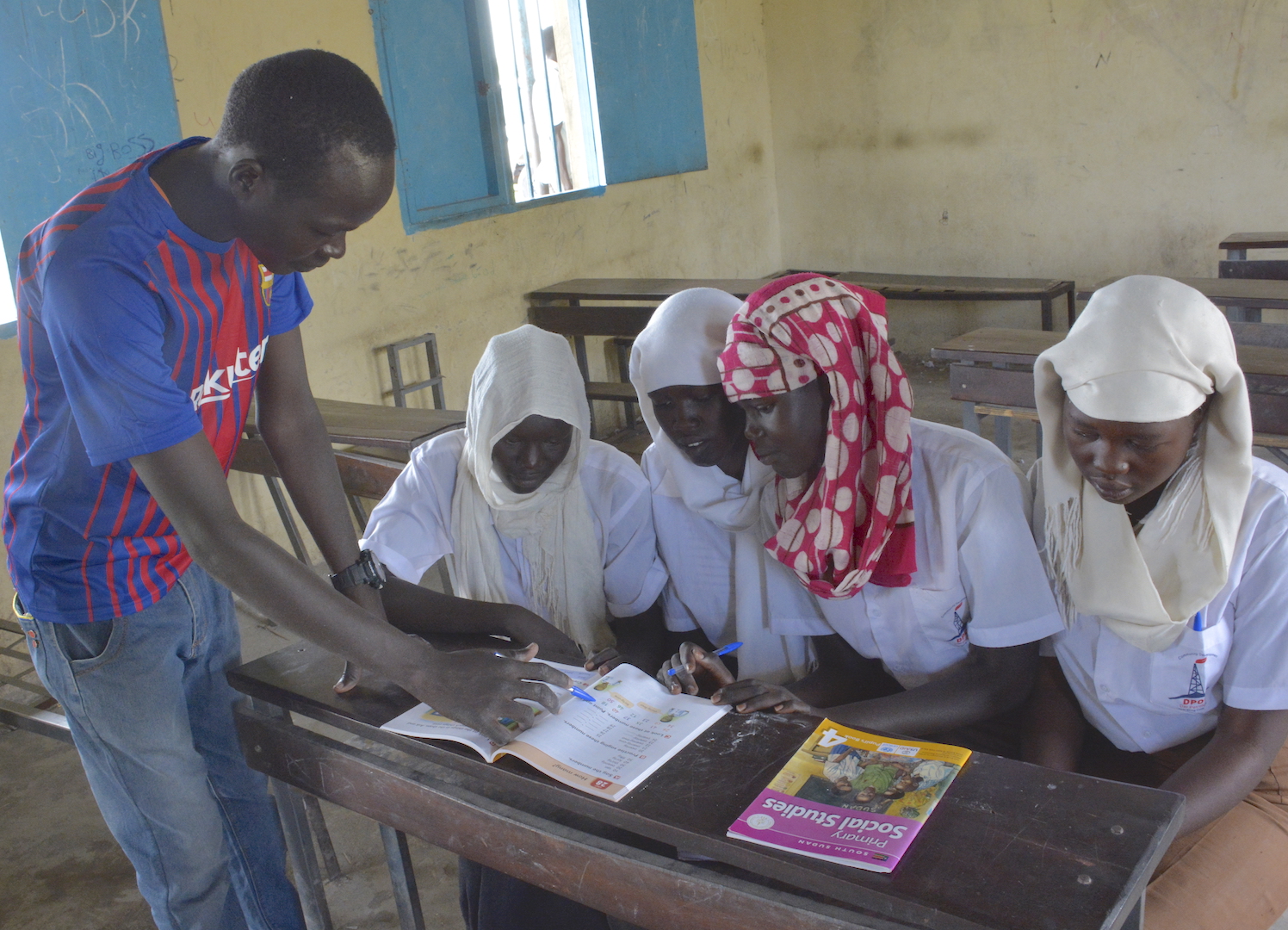 Mayar, one of the volunteer-teachers providing guidance to the girls in teaching other children in the school.