Three kilometres from the River Nile stands a water facility that dates back 12 years ago before South Sudan’s independence. The operation was halted as its Sudan management gradually withdrew from the country from 2005 until 2011. Most of the equipment broke down for lack of maintenance. Even then, the water that was supplied to Renk’s estimated population of 50,000 was unfiltered coming straight from the river

On 2016, World Vision started an assessment work on the county’s water needs. The county’s over 50,000 population swelled although exact figures are unavailable with people coming and going. By early 2017, clean water started flowing through the pipes around the county to households as far as 4-5 kilometres’ distance.

Samson Abuni, World Vision’s Water, Sanitation & Hygiene (WASH) Officer in the county recalled the terrible state of the entire facility. He says, “We even have to remove and completely change the bricks in the facility with reinforced concrete to make it stable.” The old pipes distributing water to the households were replaced to avoid waste and ensure the families are able to avail of the supply. 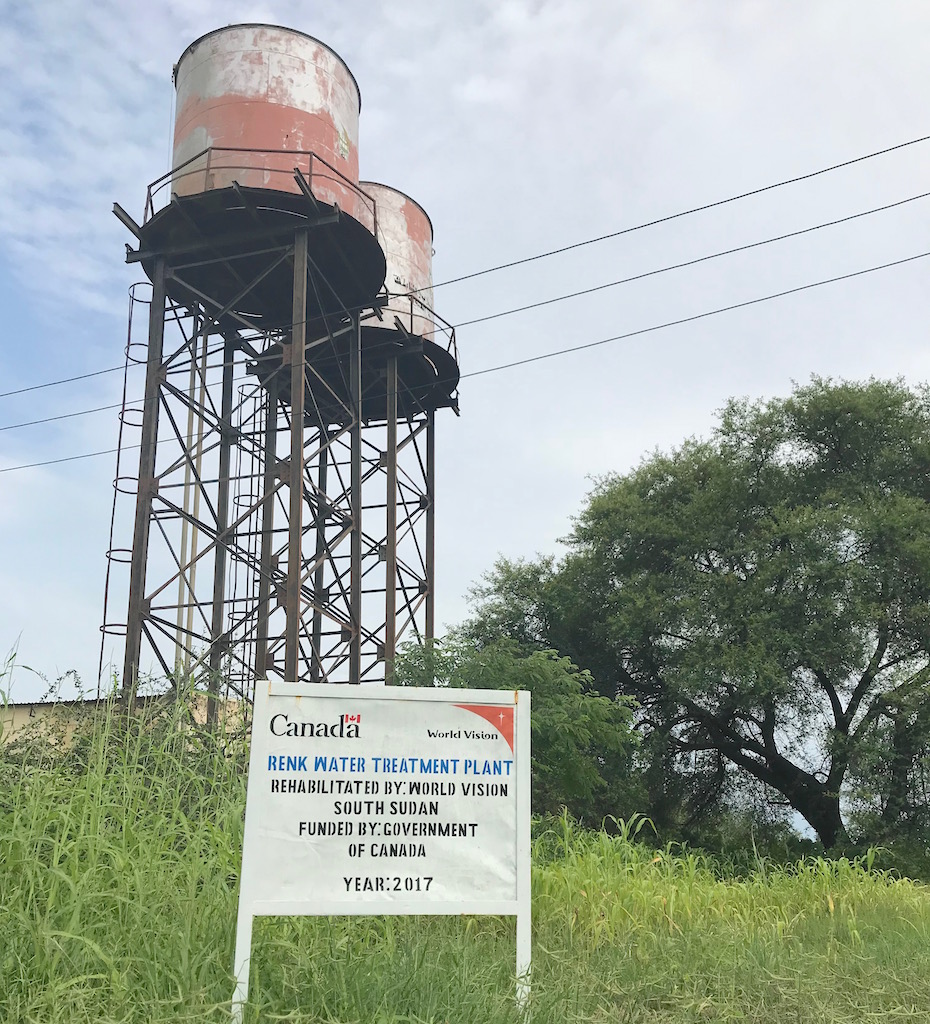 The reservoir that distributes the clean water to Renk County's population.

Supported by Global Affairs Canada and World Vision Hong Kong, the operation began to normalize its services. Three people in two shifts daily oversee and maintain the entire facility. John Munn, the government’s water supervisor said there is a huge difference from the previous process.

He says, “The water that people got was dirty coming from the river. It was brown and muddy. But we do not have a choice. It was our only option. We are so relieved that World Vision came. Now water is clean and we have it daily.”

George Kijana, World Vision’s Health Project Manager and Team Leader in Renk concurs with John’s statement, saying, “From what I am aware of, this is one of the few and among the biggest, water facilities in the country. Even the government officials in the county who came here to visit were impressed with the improvement and changes made in the facility. Nearly every child in Renk City is now safe from water-borne diseases because of it.” 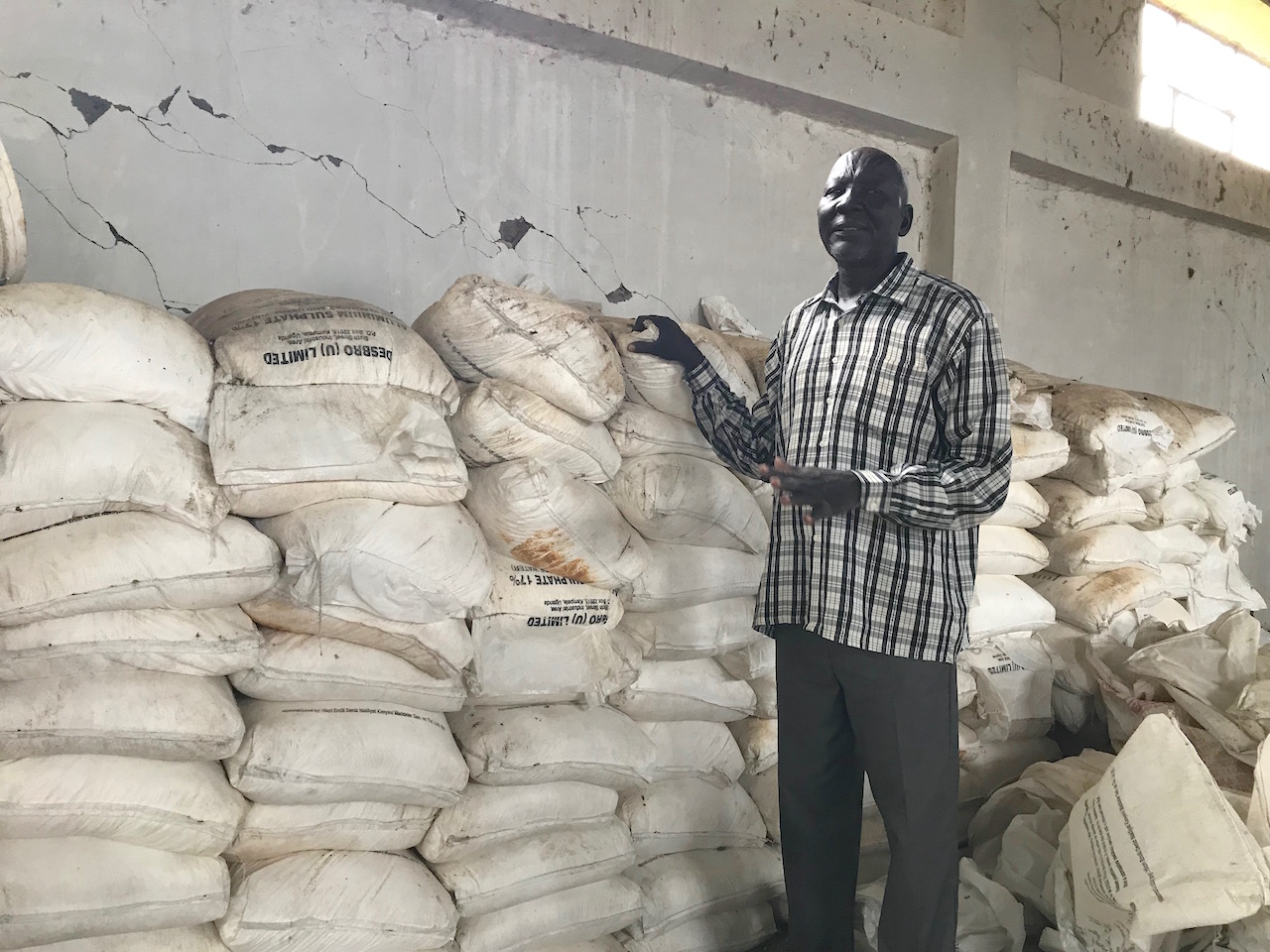 John Munn shows the sacks of aluminum suphate used in the treatment process. He had been working in the facility when it was established by the government in 2005.

As the raw or dirty water from the Nile River is pumped by the mechanical system, which is a floating pump, located at the in-take in the river into the clarifier. Below is the four stages of the water treatment process: 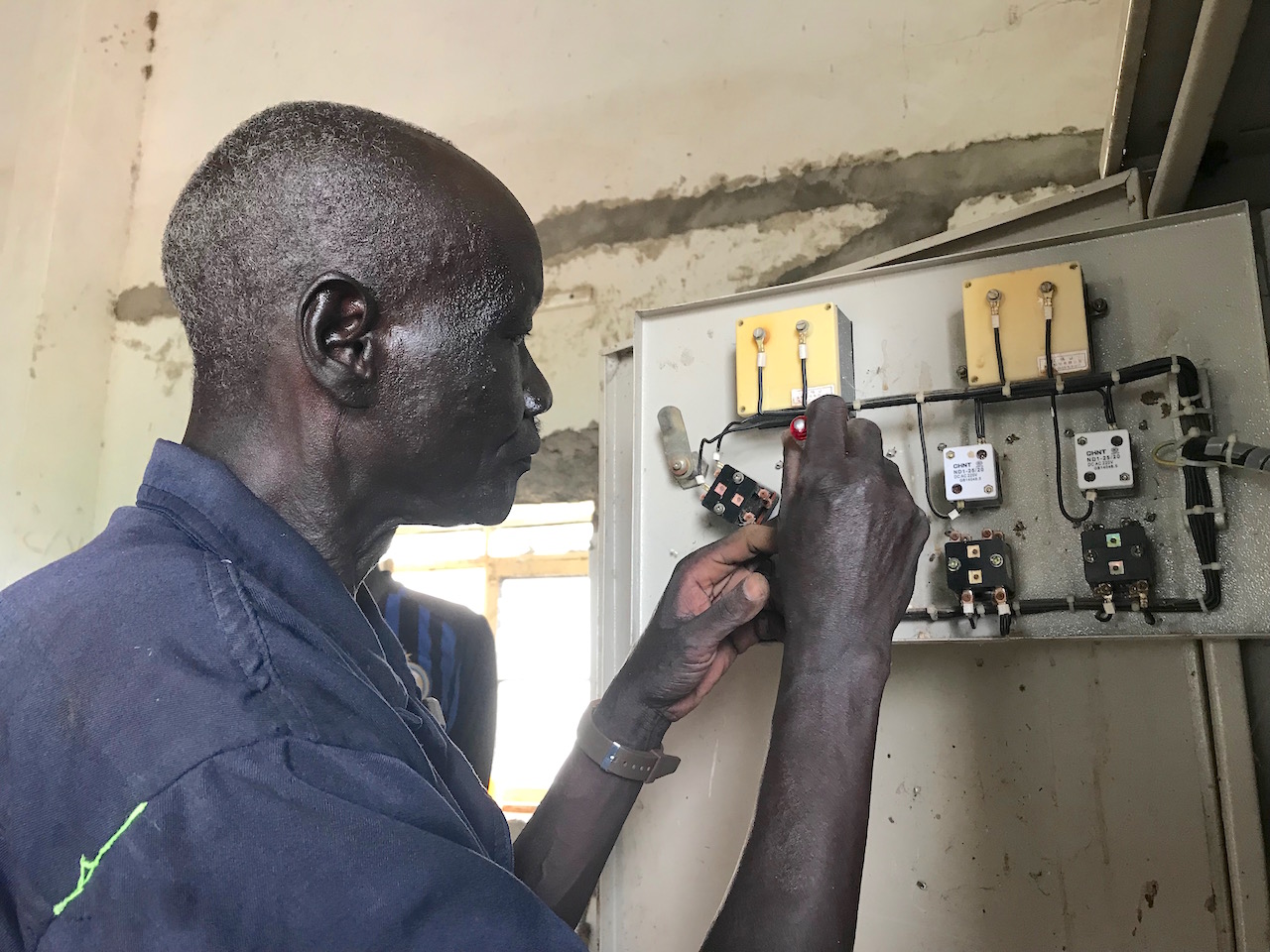 Lino Mayo checks the equipment during the operation. He has also worked in the facility since it was established and until World Vision rehabilitated it and improvements were initiated.

The process requires use of 300kg or six bags of aluminum sulphate everyday. As soon as treatment is completed, the water is stored in the reservoir tank and ready for distribution.

Samson adds, “The increase in Renk’s population poses a huge challenge. The size of the current pump should be upgraded from 300 cubic meters to 500 cubic meters to be sufficient in serving even the farthest part of the town based on humanitarian standards of 15 litres a day.” 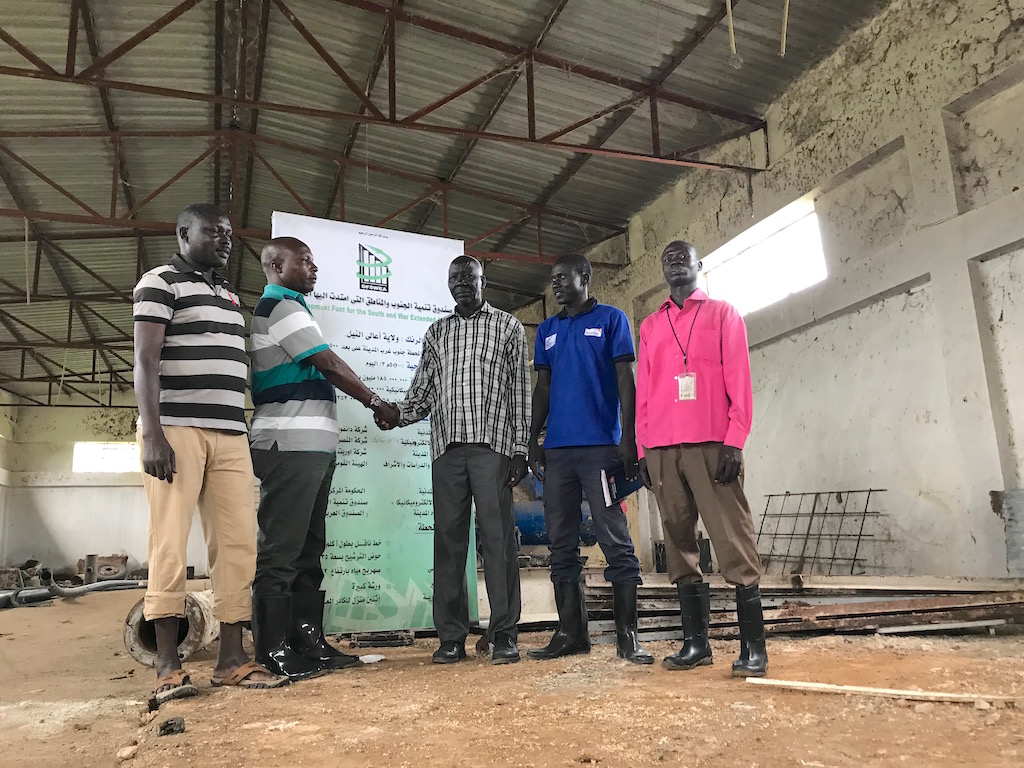 World Vision's contribution in ensuring that the population has clean water has been appreciated by local officials and the people.