Fleeing from the fighting in Khorfulus County in eastern Nile on 2013, the South Sudanese women in Dengtoma camps thought their future have ended. They have no idea what fate awaited them as they walked for weeks in the bush. Little did they realize that they would find new friends and allies, women who have the same passion to improve the way they raise their children. In short, they found each other.

Rhoda, 38, said many of them had relied on traditional healing when they get sick. That was what they learned at home while growing up. A South Sudanese woman’s time is precious. When she gives birth, in just a month of recovery, she is expected to go back to work. “You need to help in the farm, fetch water, gather firewood and do the household chores,” she shares as women around her nodded in agreement.

If the mother needs to go to another village to work, she has no choice but leave her baby, often subsisting on goat’s milk or the usual food available at home. Rhoda, a mother of six, looked horrified as she recalled what many mothers have been doing before World Vision came and started its health and nutrition program.

She says, “We realized a lot of mistakes from what we were used to do. We also found out why our children are malnourished and sickly. The most important thing I learned was the value of exclusive breastfeeding until the baby is six months old.” “It is a difficult choice for mothers like me. We need to work, or else we will not eat. We are grateful not just of the food assistance from World Vision but also the seeds and tools provided for us to use in raising vegetables so our family can eat healthy food. The knowledge we learned is valuable,” says Rebecca, a 44-year old mother of four. 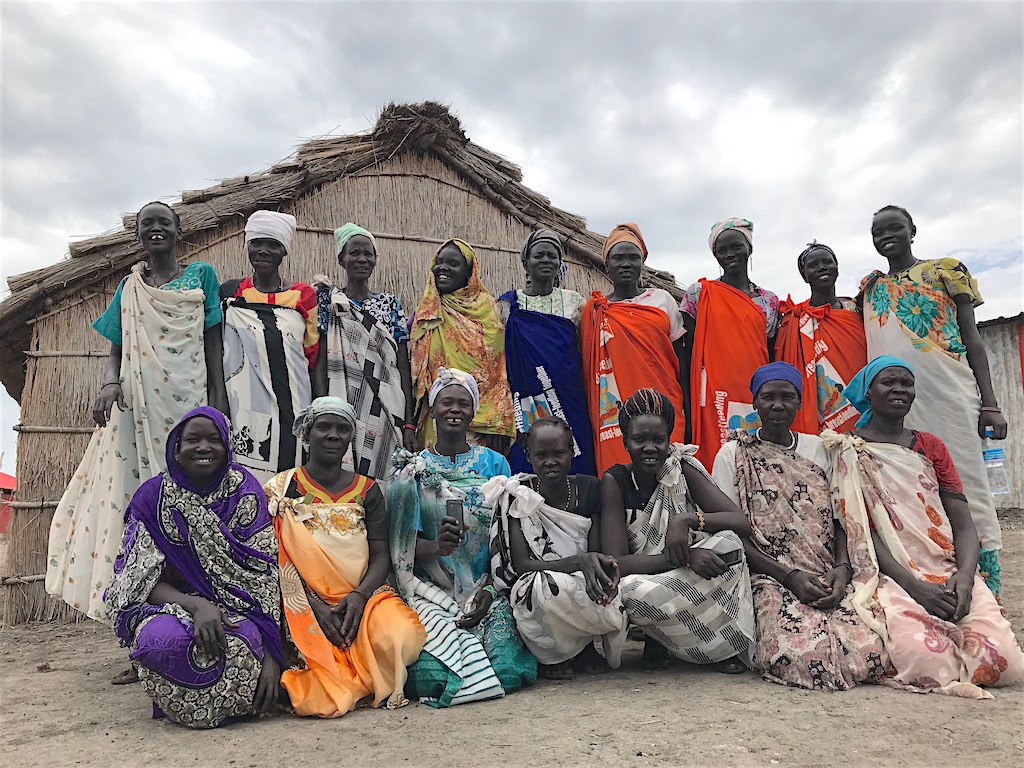 The mothers in Dengtoma found a common passion of raising healthy children by campaigning against practices that are threats to their own welfare.

After being a part of the nutritious indigenous vegetable demonstration plots, she said all of them are ready to do it in their homes to improve their family’s food and nutrition. Their main worry is that the rains were delayed this year affecting the harvest. The women also campaign to stop open defecation in the camp and identified it as one of the unhygienic practices that caused diseases. With the building of latrines, this problem has been eliminated.

Valary Omondi, World Vision’s Nutrition Program Coordinator, said that apart from learning from the activities, the women also found support from each other. She adds, “They visit other women in their homes and share about what they have learned.  To advocate for optimal infant and young child feeding practises, the women formed mother support groups.”

The group meets twice a month to share knowledge and skills about childcare and nutrition. Men also attend these sessions as they play a key role in decisions affecting their children’s health. Omondi says, “It is inspiring to see the women’s zeal and enthusiasm in the fight to prevent malnutrition despite the myriad of challenges they face as a result of the prolonged political and economic insecurity.” The nutrition program is funded by Global Affairs Canada, UNICEF and the World Food Programme. 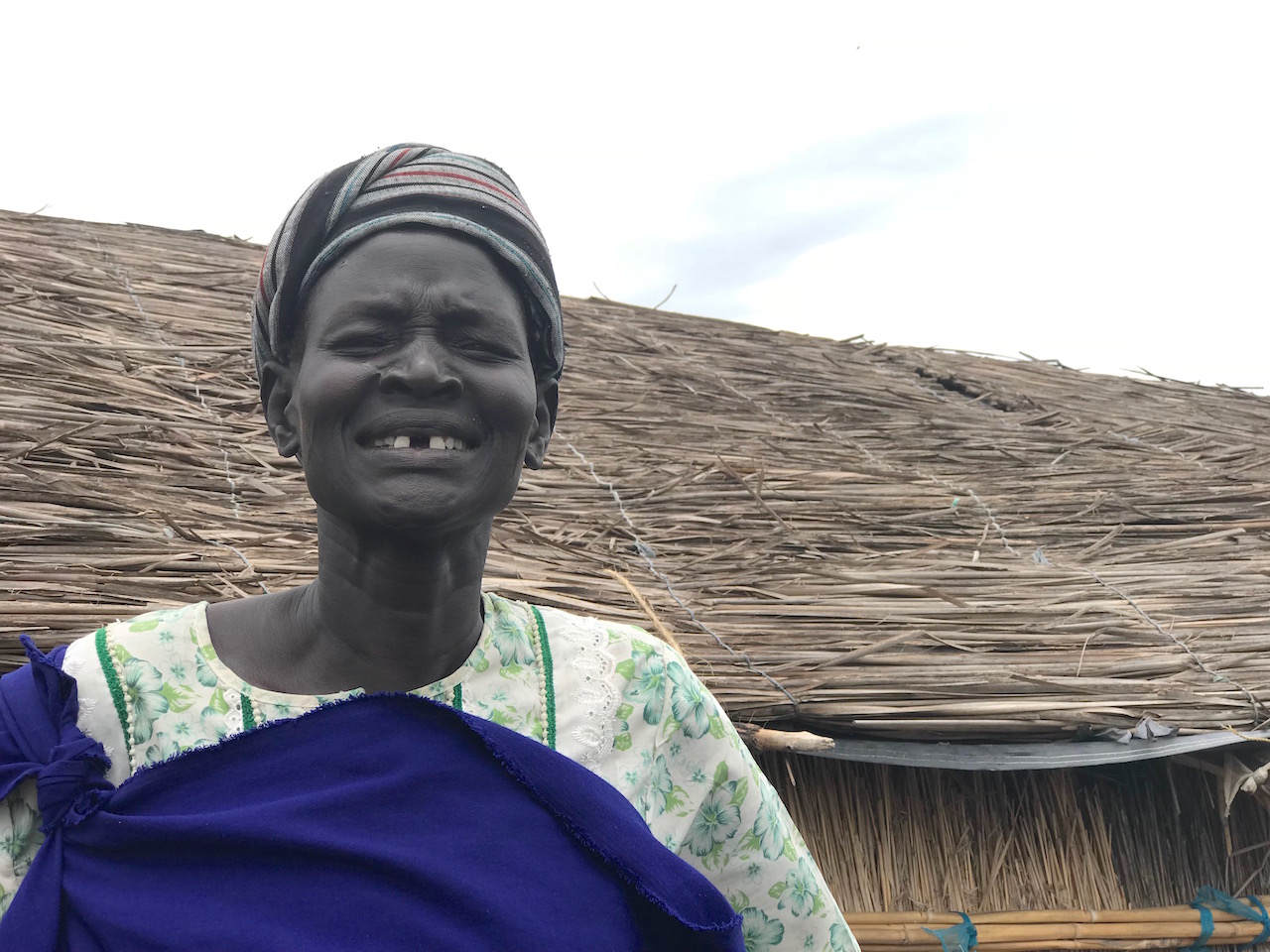 Women like Rhoda now realized that relying on traditional healing could endanger her children's lives.

World Vision, with support from Government of Canada celebrated World Breast Feeding Week in Fashoda and Melut counties. The awareness raising campaign reached out to over 20,000 people in the camp and different counties, with addition of 25,000 people from the host communities.

“This campaign brings together everyone to champion the practises. It also demystifies the myths such as the belief that breast-feeding is a woman’s responsibility. This year’s theme, “Breastfeeding: Foundation for Life” was aimed to raise awareness with various partners to work together to promote breastfeeding in communities. I am glad the leaders and partners in Fashoda and Melut were active in this campaign”, Omondi concludes. 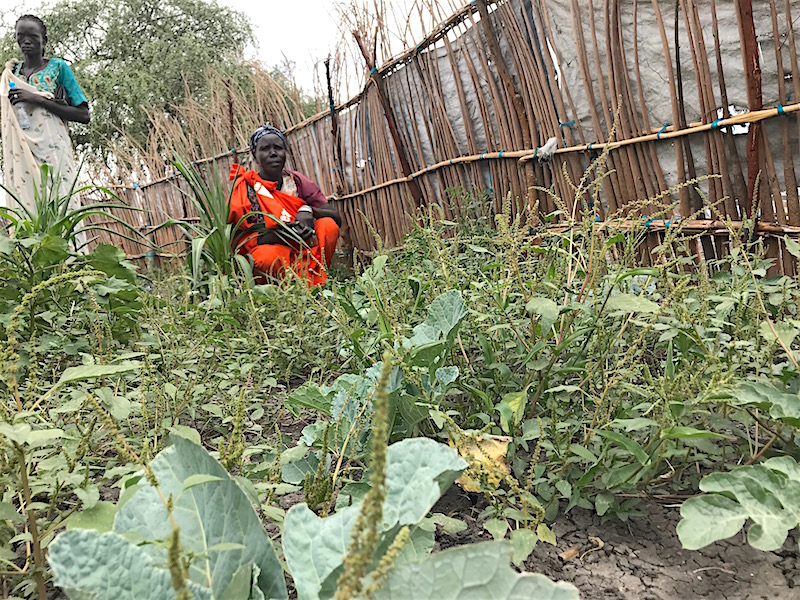 Another Rebecca, 40 years old and a mother of six vows to feed her children with healthy food coming from her vegetables after learning about home gardening.