Angela, a mother of eight, said they shared food among neighbors and tried to sell things when World Vision and the World Food Programme (WFP) was unable to distribute their food ration. She looked relieved and was smiling as she waited for her turn. Last month, a conflict ensued in the Protection of Civilians (PoC) site and the monthly activity was temporarily postponed.

Today, the distribution went along in a very orderly manner. Nyagena, 26 and a mother of four came with her sister Nyanet, 18, and her daughter 5-months old Shegna. They try to manage the ration, Nyagena said, so it will last for a month until the next distribution comes. Each internally-displaced receives cereals, pulses, oil and salt.

Food Assistance Manager Eric Yunusu says, “A solution must be agreed so this disruption will never happen again. These families have no means and the children suffer. When a food distribution is halted, you cannot fill in what was not provided in the past month. It is difficult to think thousands of families went hungry for 30 days. It should not happen again.”

Talking to the mothers in the queue for the ration, World Vision’s Operations Manager Lilian Mumbi, listened as they shared the difficulty of fleeing from their own homes and being dependent from the food distribution. 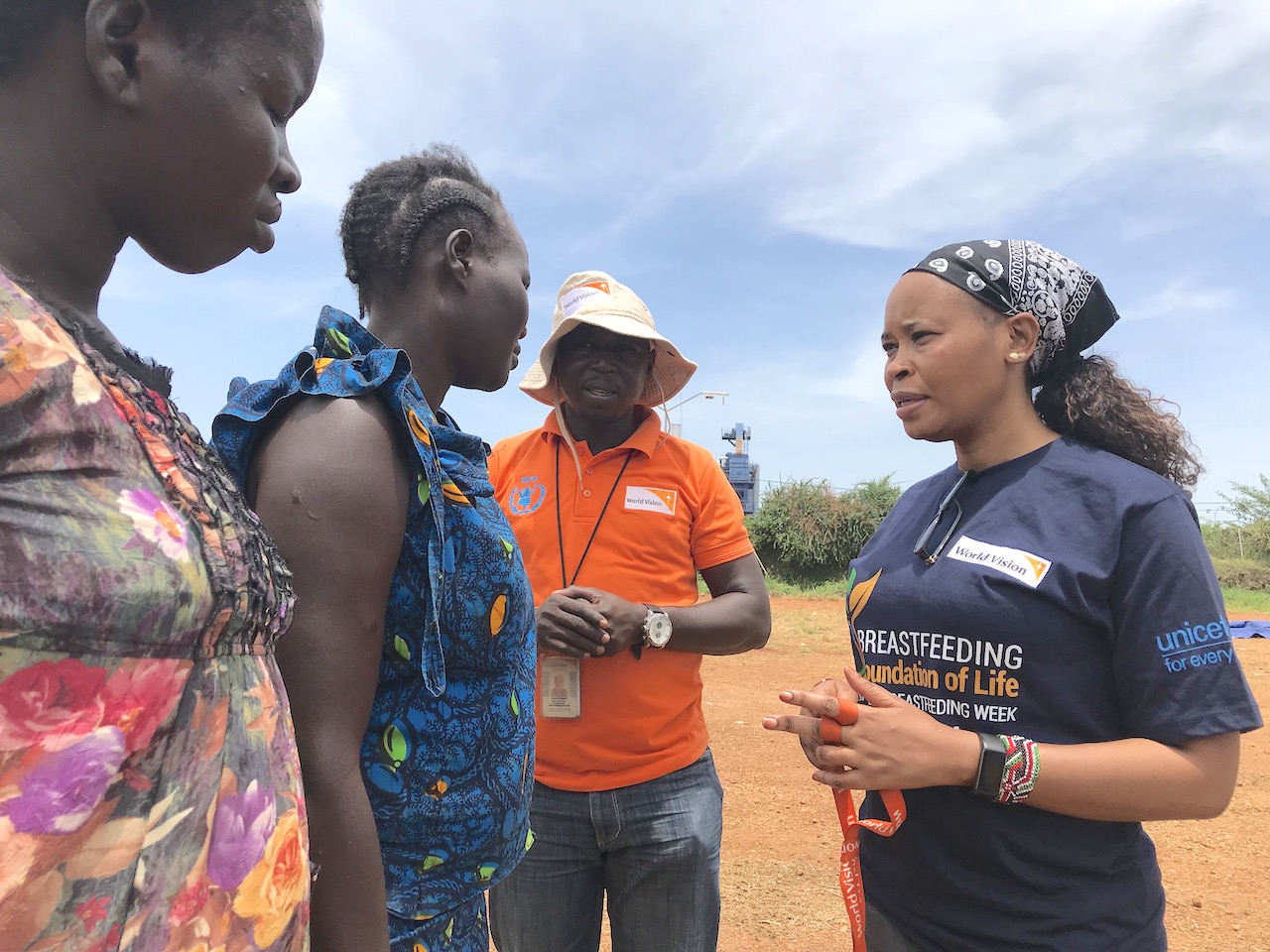 World Vision's Operations Director Lilian Mumbi listened to the mothers as they shared the challenge of looking for food when the distribution was temporarily halted due to insecurity. Mumbi expressed hope that all the sectors will work together so it will not happen again.

Some of the women shared they have to be resourceful to find jobs in the market and buy food from what they earned. Nyagena said most of the people’s efforts to find food were not enough that some had to go hungry for days. World Vision’s Juba Urban Project Manager Simanga Ndebele said the distribution will provide food to over 600 families or over 3,000 people and are hoped to meet their needs especially the children.