This may sound strange to countries that do not longer have to treat their citizens with malaria but in South Sudan, malaria is among the most common and notorious diseases that claim lives of children, pregnant mothers and adults.

Dr. Afrah Akasha, the Medical Officer at Kator Primary Health Care Center explain, “Malaria is common more especially during the rainy season like this. There is a need for health education at the community level to help prevent malaria.”

She added that diarrheal diseases are the second leading cause of death in children under the age of five. Michael May, the lab technician who has spent 10 years at the healthy center confirms that he daily screens between 100 – 120 patients positive for malaria. 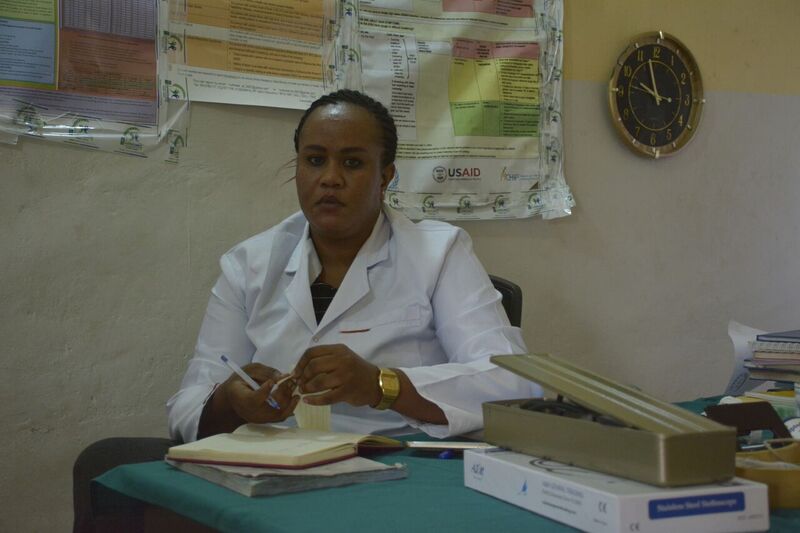 “Malaria is very high in the country between April and October. This is because there is a high level of rainfall especially in the Southern Western parts of South Sudan, a lot of stagnant water and growth of bush around the compound,” said May.

“We also luck reagents, slides, refrigerators, and power. All these make my work at the lab difficult. I feel pity when I want to establish the exact sickness the patient is suffering from and don’t have the necessary reagents for testing,” emphasized May.

Since the start of the conflict in 2013, the country’s economy is hard hit.  Prices of commodities constantly increase as the country depends on the industrial products from the neighboring countries. The medical sector is the worst affected since the country doesn’t produce its drugs for any single sickness. 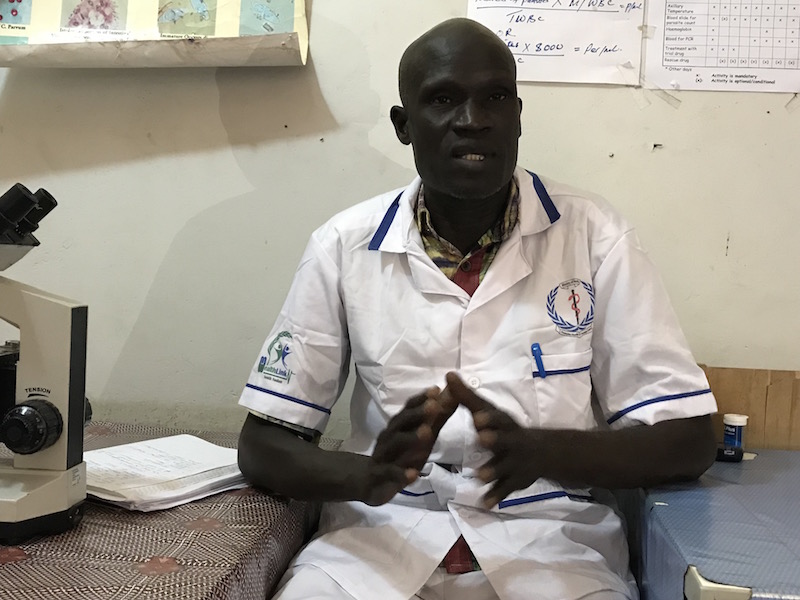 Families cannot afford to buy complete doses for malaria treatment making the malaria parasites to become very resistant. This is the reason we see a discharged child is returned for treatment of malaria after few days.

The health center is located in the heart of Juba town and it consists of one doctor, six clinical officers, nine nurses and five volunteers. The medical staffs struggle daily to give the best services to the high number of patients seeking treatment.

Flora Keji, a mother of six children says she always ensures her children sleep under mosquito net but still her children are affected by malaria. This is because mosquitoes are very active between 6pm and 9pm – a time when children are still awake.

“My children are affected by malaria weekly. The longest they can stay healthy is one month during the rainy season like this,” she added.

Kuli Esther, a 27 years old mother is nursing her firstborn. She said she prevent mosquitoes in her room by spraying with insecticide before she goes to bed.

“I do these prevented measures but still my child is affected by malaria. I can’t feel comfortable as a mother when my child falls sick of malaria because it is the dangerous common disease here,” said Kuli.

“I want to educate my child so that she can serve the nation. That is my only hope for her,” she added.

Kuli is a teacher in one of the primary schools in Juba. Much as she practices the preventive measures like clearing her environment, spraying her room with insecticide and sleeping under the mosquito net, her and her child have been admitted to the health center several times for malaria treatment.