According to UNICEF’s 2017 State of the World’s Children report, 27 percent of children in Ethiopia from ages 5 to 14 are engaged in labor, and 40 percent of children are married before age 18. World Vision believes these conditions prevent children from reaching their God-given potential.

In 2017, World Vision launched a pilot test of a mobile phone application to enable government offi ces and community members in Ethiopia to work together more closely to improve child protection. The new application is benefiting children such as Getachew, 13, who lives in the Angolela district of Amhara region.

Getachew’s parents separated when he was younger. Afterward, his father brought him and his brother to a nearby town and said they would have a better life there, but Getachew discovered something else going on.

“He made a deal with the people to pay him a monthly payment for our service, and he sold us to strangers,” Getachew said. He spent much of his time caring for animals. Working as a child laborer, Getachew was physically and mentally abused by his employers. “I always feel low when I see children going to school,” he said.

A World Vision volunteer named Tesfaye heard Getachew’s story. Tesfaye was trained in child protection, and had a mobile phone to report child protection incidents. Using the new software application, he reported Getachew’s case to World Vision and the district’s Women and Children’s Affairs Bureau. They immediately responded in partnership with the police. Now Getachew is in foster care in the home of Negash, a member of a community care coalition. He receives counseling and attends school.

So far, Tesfaye has used the mobile phone application to report 15 child protection cases over a two month period. Some have been resolved, and some are still under investigation. “Before this mobile project, most child abuse cases were left unreported due to inaccessibility of the places, and lack of awareness on what kind of cases to report and where to report,” Tesfaye said. Many cases eventually were resolved by local elders, “but now we immediately report whenever there is any kind of issue that is against the rights of children.” 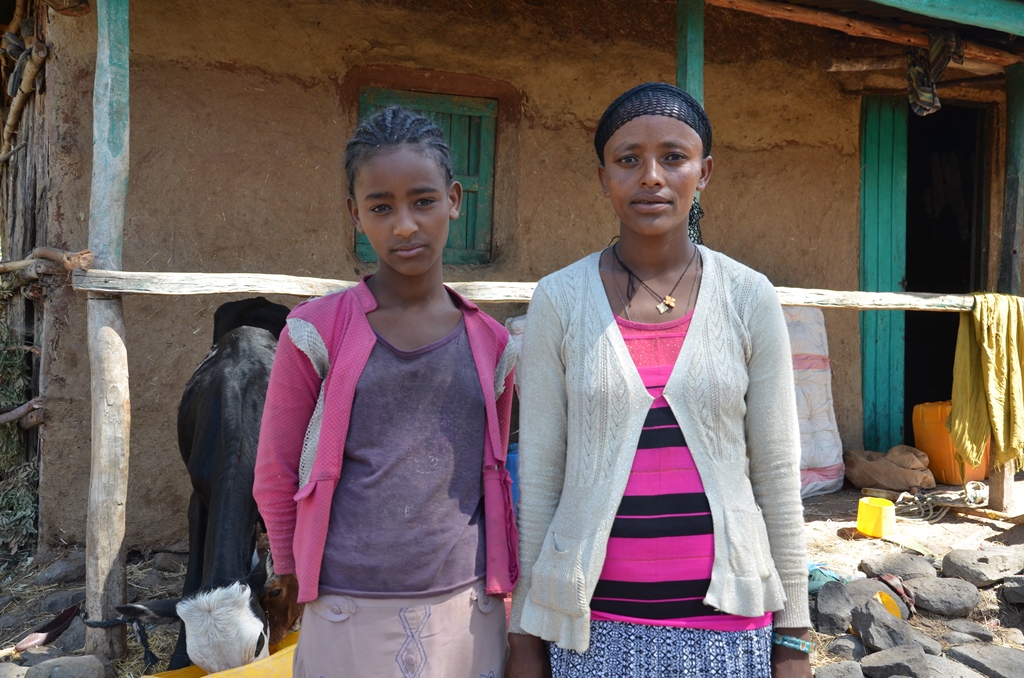 The software application also is helping reduce early marriage. Fanos, 15, a 7th grade student in Oromia state, was recently the focus of a marriage proposal. Her father Abebe received the proposal from a businessman in their village. “I and her mother were happy about the marriage proposal,” he said. At the time, “we did not know that it will harm our daughter.” But Fanos was alarmed. “I was so sad when I heard about it,” she said. “I was very afraid, thinking I would no longer go to school. I do not even know the person.” While the marriage proposal was in process, Alemtsehay, a volunteer, reported it to World Vision using the mobile software application. Fanos and her parents then received counseling against early marriage, and the proposal was canceled.

So far, Alemtsehay has reported seven early marriage cases using the mobile application. “Previously, many cases were left unreported due to the remoteness of our (village),” she said. “But now thanks to this project, we are able to report from where we are and the cases are solved on time.”