At a health clinic in rural Somaliland, Deeqa kisses her three-year-old daughter on the forehead.

“She was so sick, I thought she would die,” says Deeqa while holding Mushtar on her lap.

Eight months ago, Mushtar was so malnourished she had no ability to fight a common cold. 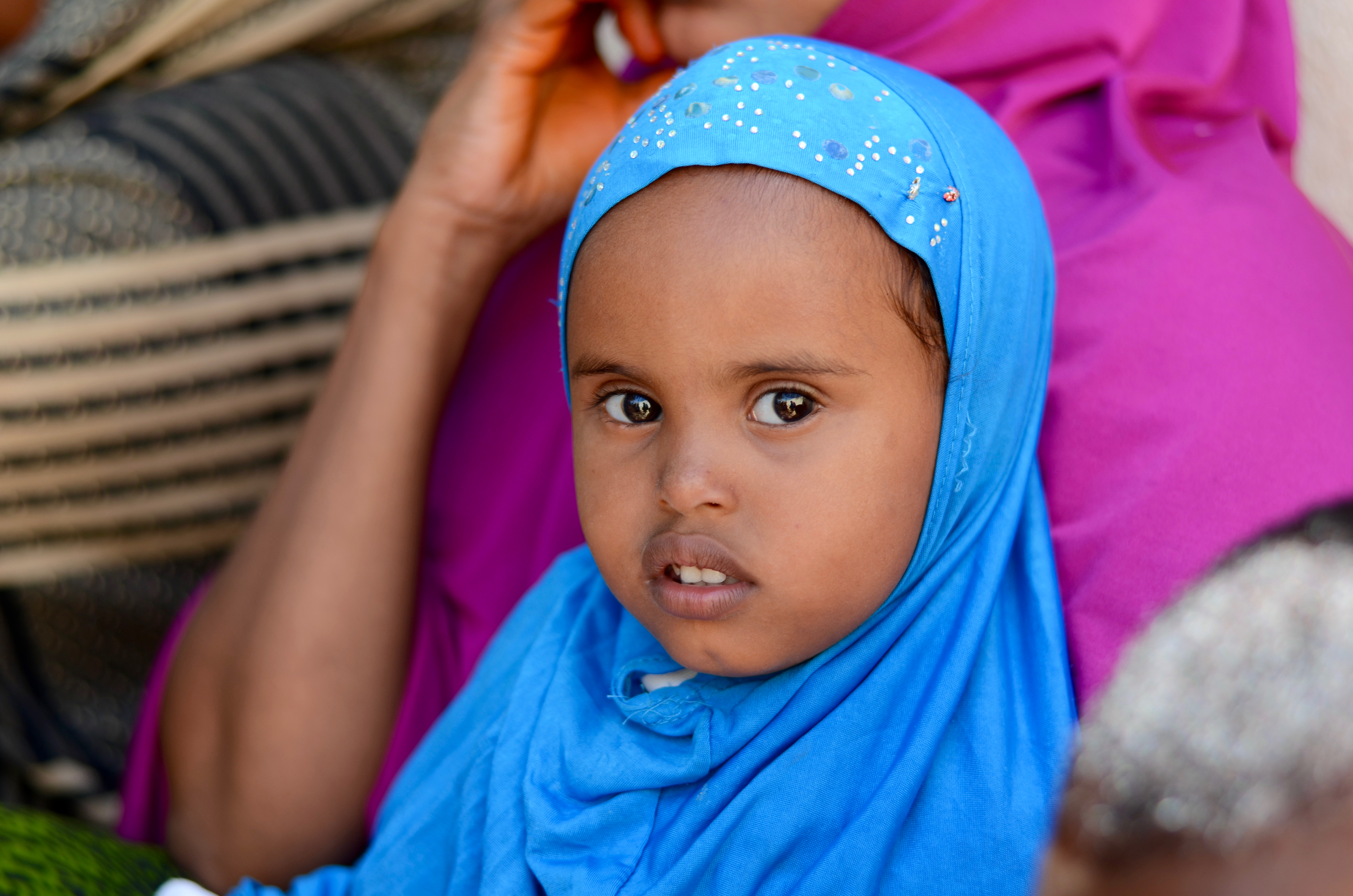 Mushtar at a health clinic in rural Somaliland

A two-year drought killed all of the family’s goats and cattle. Robbed of their only way of making a living, of their investment for the future, the family gave up on the life they knew.

Deeqa, her husband and their seven children moved to town, relying on a relative to provide room to live in their small yard.

They are among 6.7 million people in Somalia who have been punched by a scorching drought. 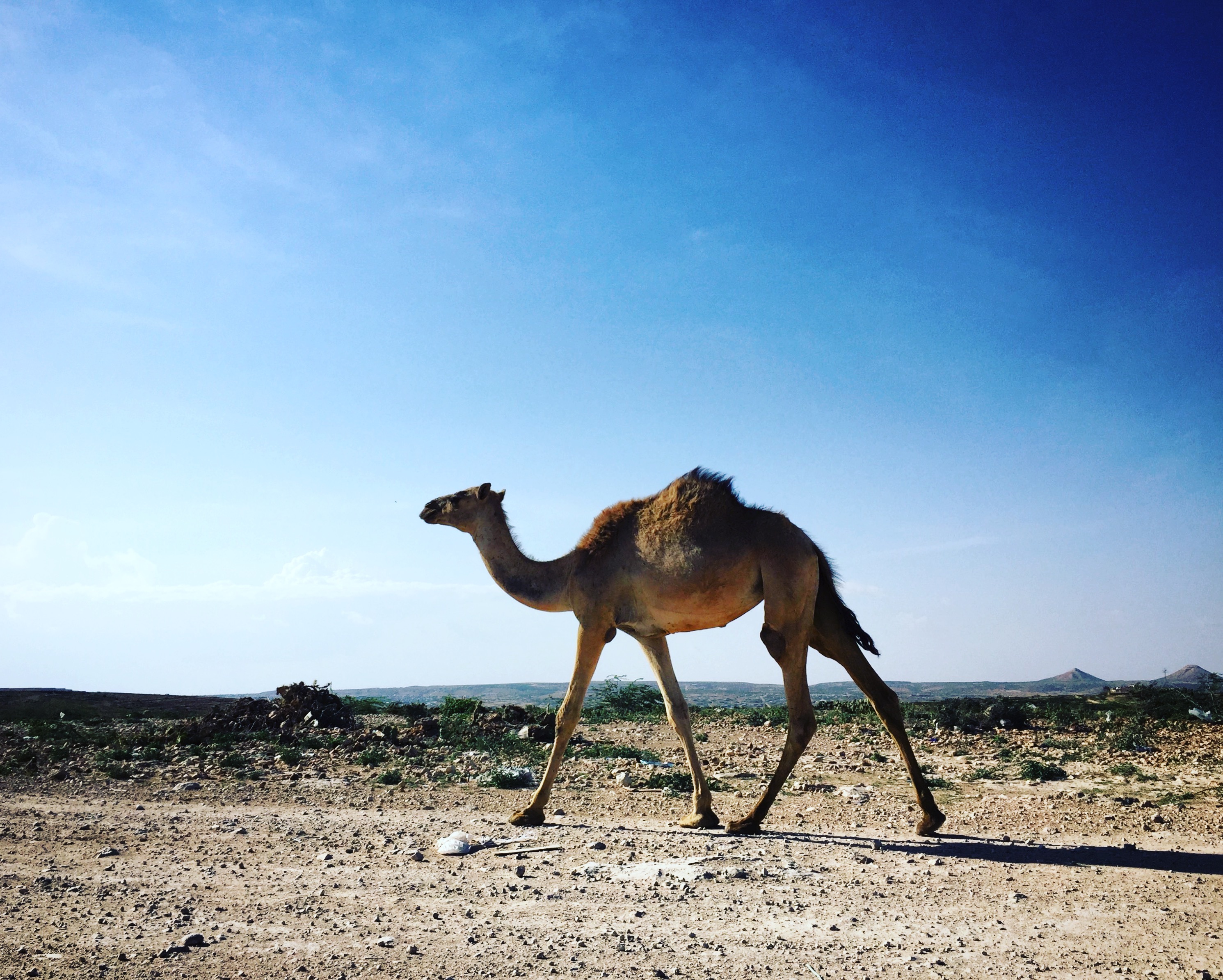 Water points have evaporated.
Crops have withered and died.
Goats, sheep, cattle, even camels – that farm families relied on for milk or meat – starved to death en mass. 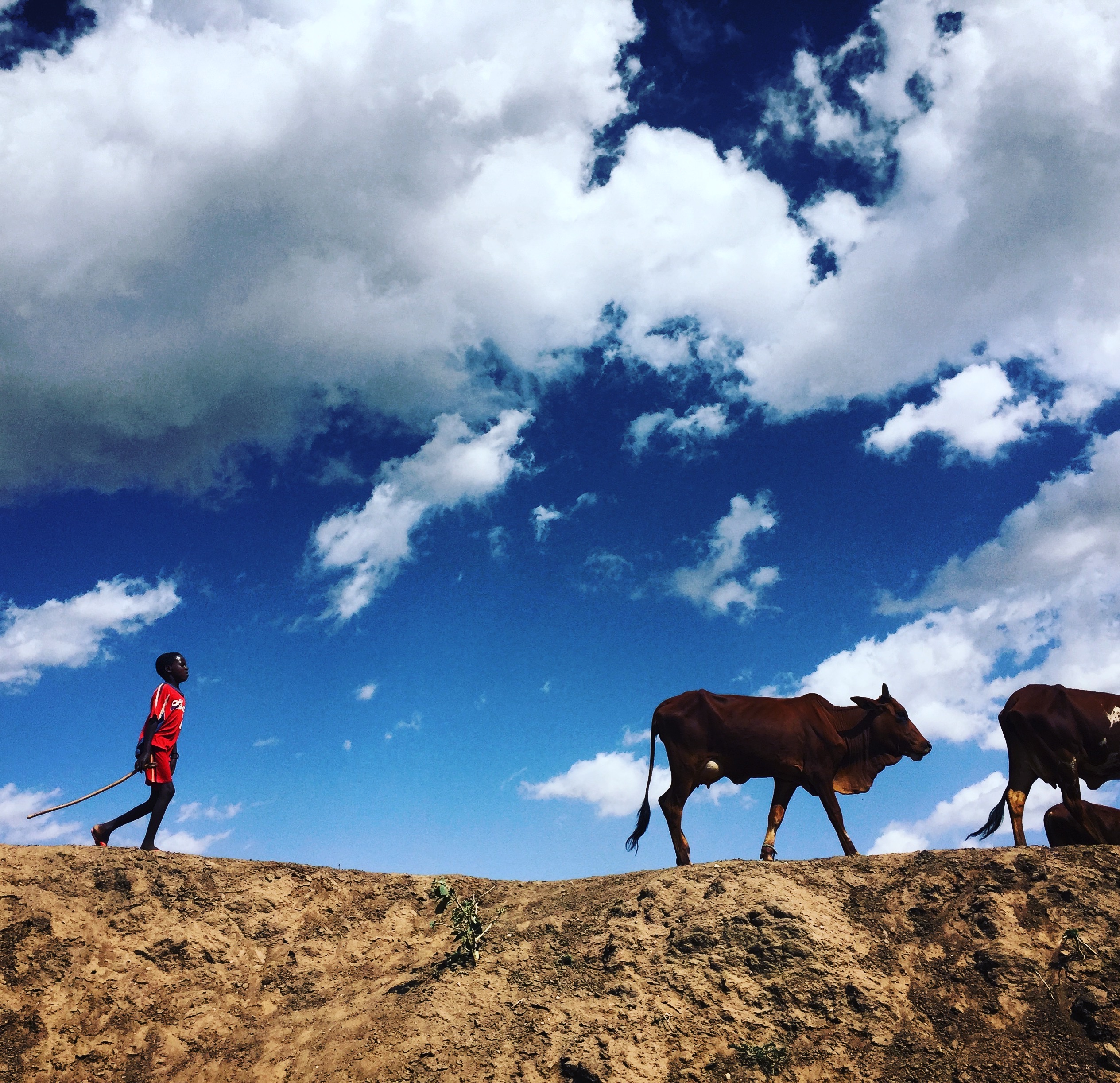 Children are the worst affected. More than 360,00 under age five are malnourished.

At this health clinic, the story is repeated over and over.

Ismahan cradles her 10-month-old wide-eyed daughter Muna in her arms. This is her first child. Malnutrition threatened to steal this girl away too. 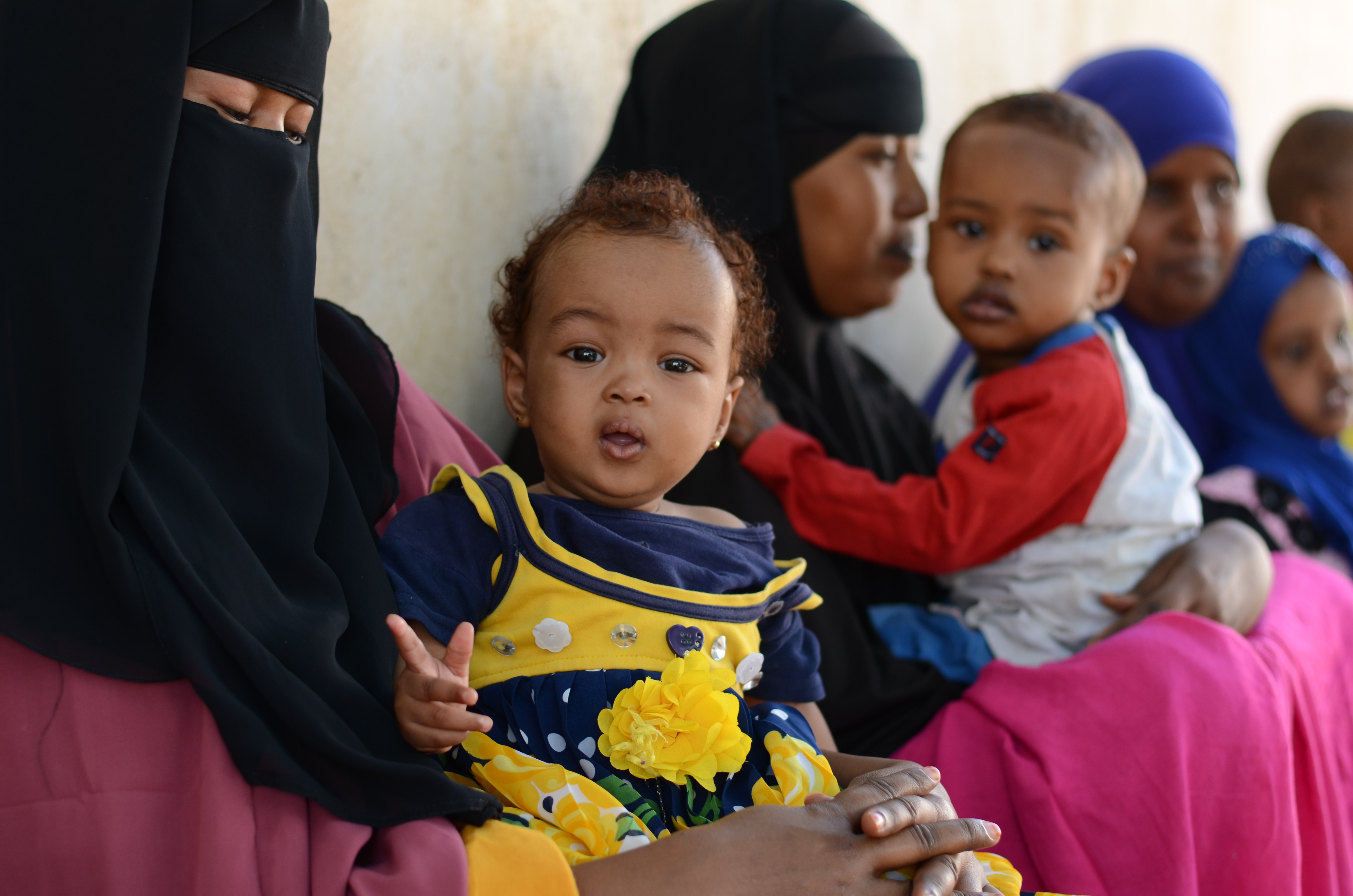 10-month-old Muna was weighed a month ago and identified as malnourished. She now looks healthy after she was started on nutritional packs from a World Vision supported project

It’s the same for Hussien, another 10-month-old, whose weight was drastically dropping when there wasn’t enough food at home.

Muna Omar, a trained nurse who leads World Vision’s child nutrition project in Somaliland, says that the drought has forced mothers – who are themselves malnourished – to rely on feeding their babies breastmilk only, long after the time they are supposed to be supplementing breastmilk with food. 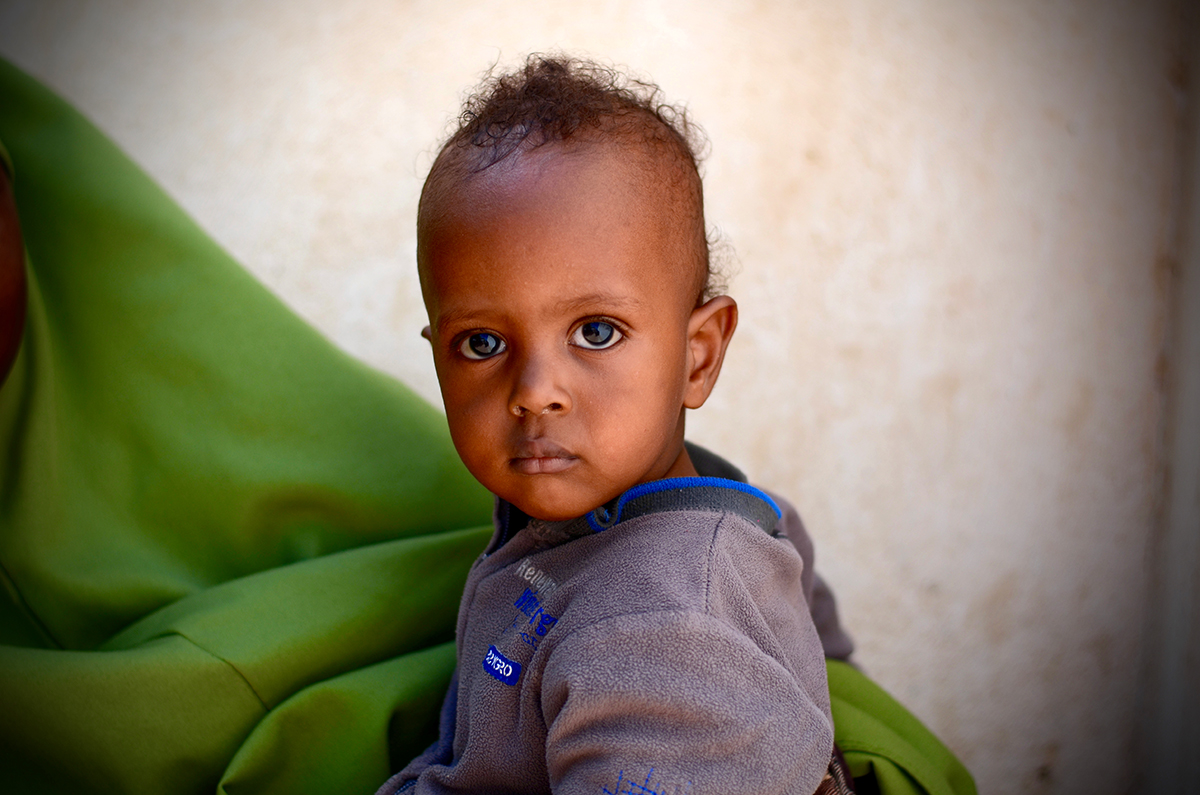 “The drought has seen a drastic rise in the number of children and mothers who don’t have enough to eat. Women are not producing enough breastmilk to adequately provide for their children. It’s one of the reasons we’ve seen this malnutrition crisis,” Muna explains.

And yet, today, at this clinic, the mothers and children are smiling.

The once malnourished babies are cooing.

Mushtar is laughing and making faces at other children. 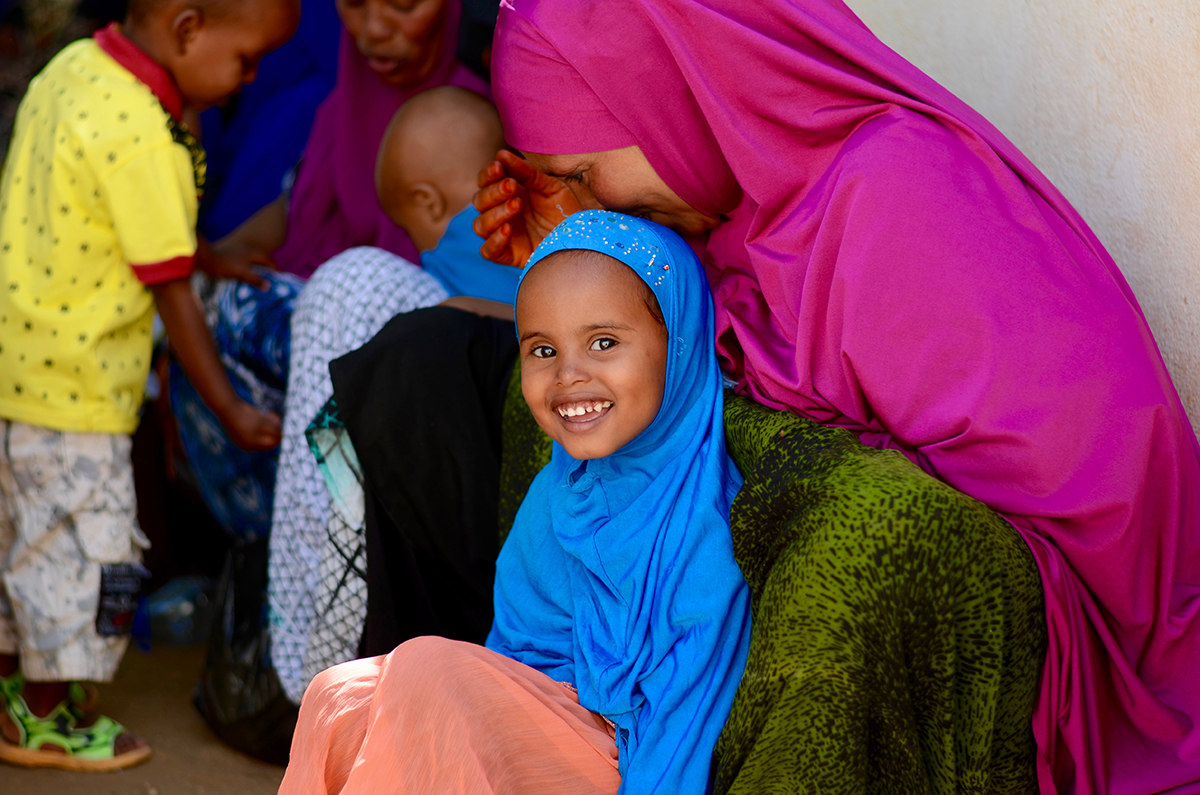 When Mushtar was rushed to the clinic, she was given emergency medication and high energy biscuits – cookies that are fortified with protein, vitamins and minerals. It saved her life.

World Vision, together with the World Food Programme, has provided 16,612 children and 5,684 mothers with ready use supplementary foods and a monthly rations of nutrition packs jammed full of protein, vitamins and essential minerals to help malnourished children gain weight and become healthy.

The results are miraculous.

After two months, Deeqa has completely recovered and is now a healthy weight. Babies Muna and Hussien have put on weight too. 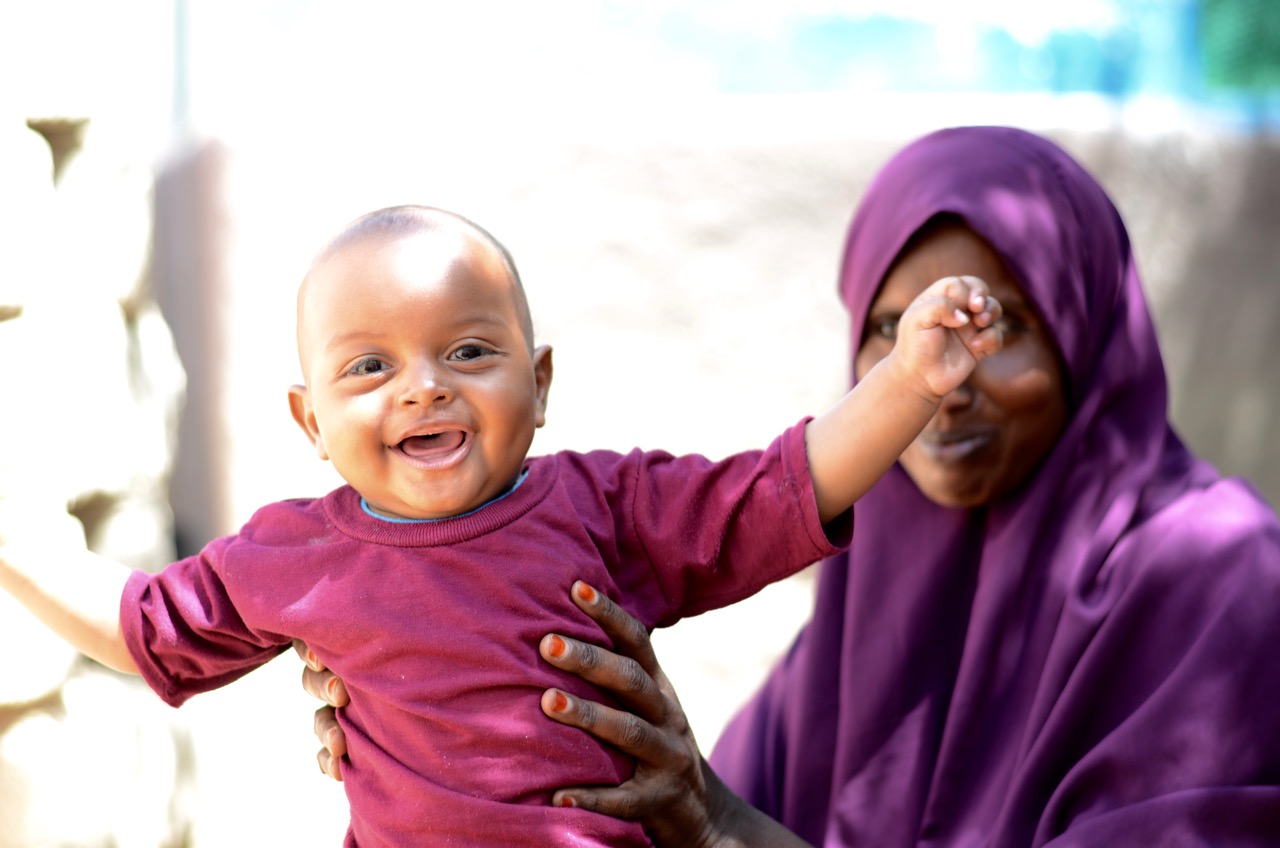 Mothers who were once malnourished now have enough breastmilk and their babies are healthy.

“The nutrition packs prevented children from slipping away. It’s combatting the worst affect of malnutrition,” Muna, the nurse, says.

World Vision and the World Food Programme are continuing their partnership to protect more children and mothers from succumbing to the worst affects of malnutrition.