The districts of Gulran, Kushk Robat Sangi and Kushk e Kohna in northern Herat Province have faced severe shortages of rain and snowfall, preventing farmers from sowing their annual wheat crop. Food insecurity and reduced water availability have brought these communities to the brink of displacement.

Koklam is a large village In Koshke Kohna district, home to about 500 families. The main water supply was a hand-pumped well at a distance from villagers’ homes. Issues were frequent as sometimes the well went dry in the summer, forcing people to use stream water, which often caused health issues in children and the elderly. 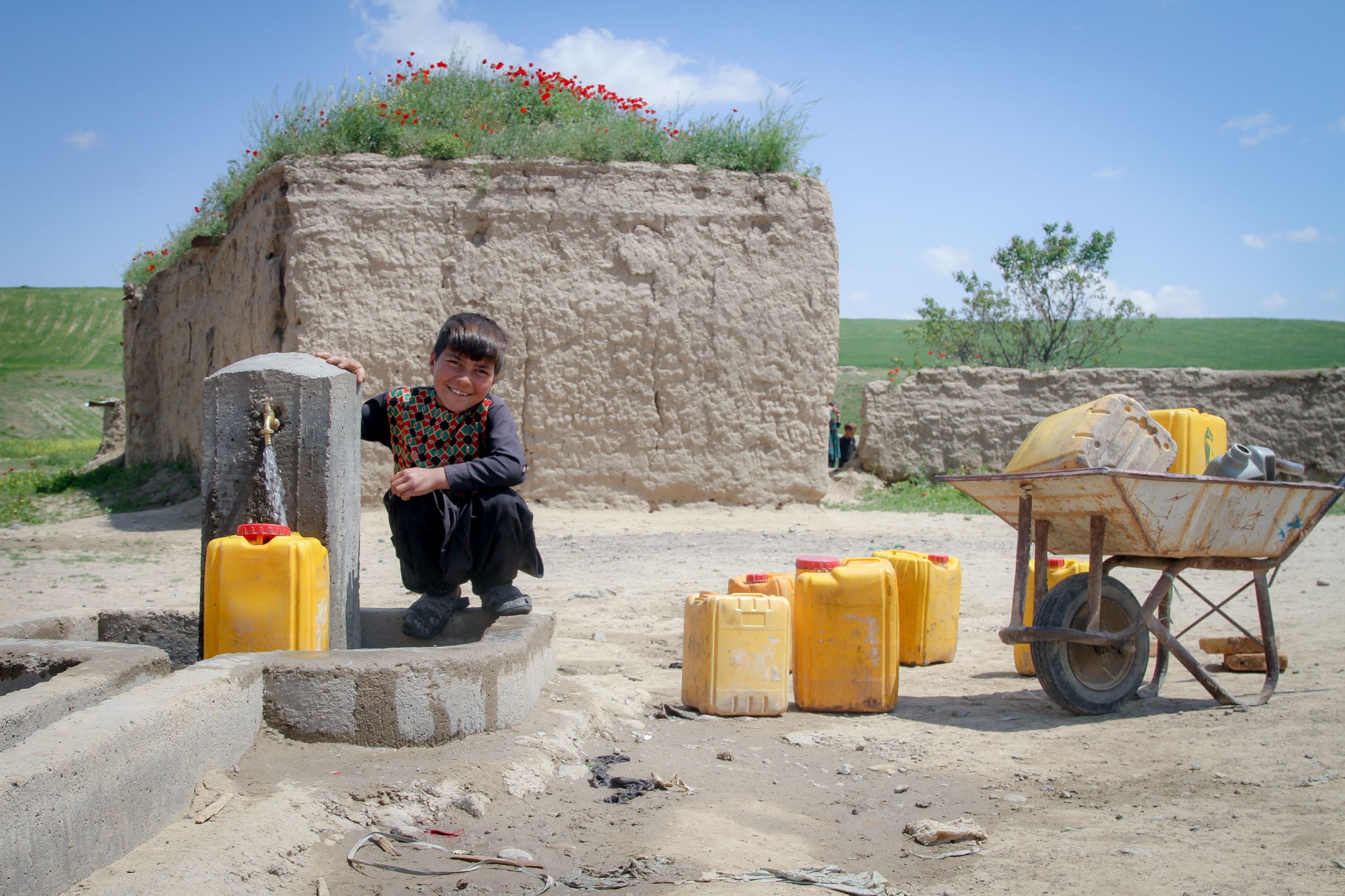 According to Rahmatullah, a community leader, “At the time of drought the wells dried up and people no longer had food to eat nor water to drink. Because the village was far from the provincial capital, nobody thought that the government or organizations could help them.” These doubts forced many local people to migrate to other areas of the country, prompting World Vision to step in.

The organization, says Rahmatullah, “accepted the dangers and difficulties…and came to help people. Along with food and cash assistance, the drinking water network was the biggest aid and a fundamentally [life altering project for] villagers.” 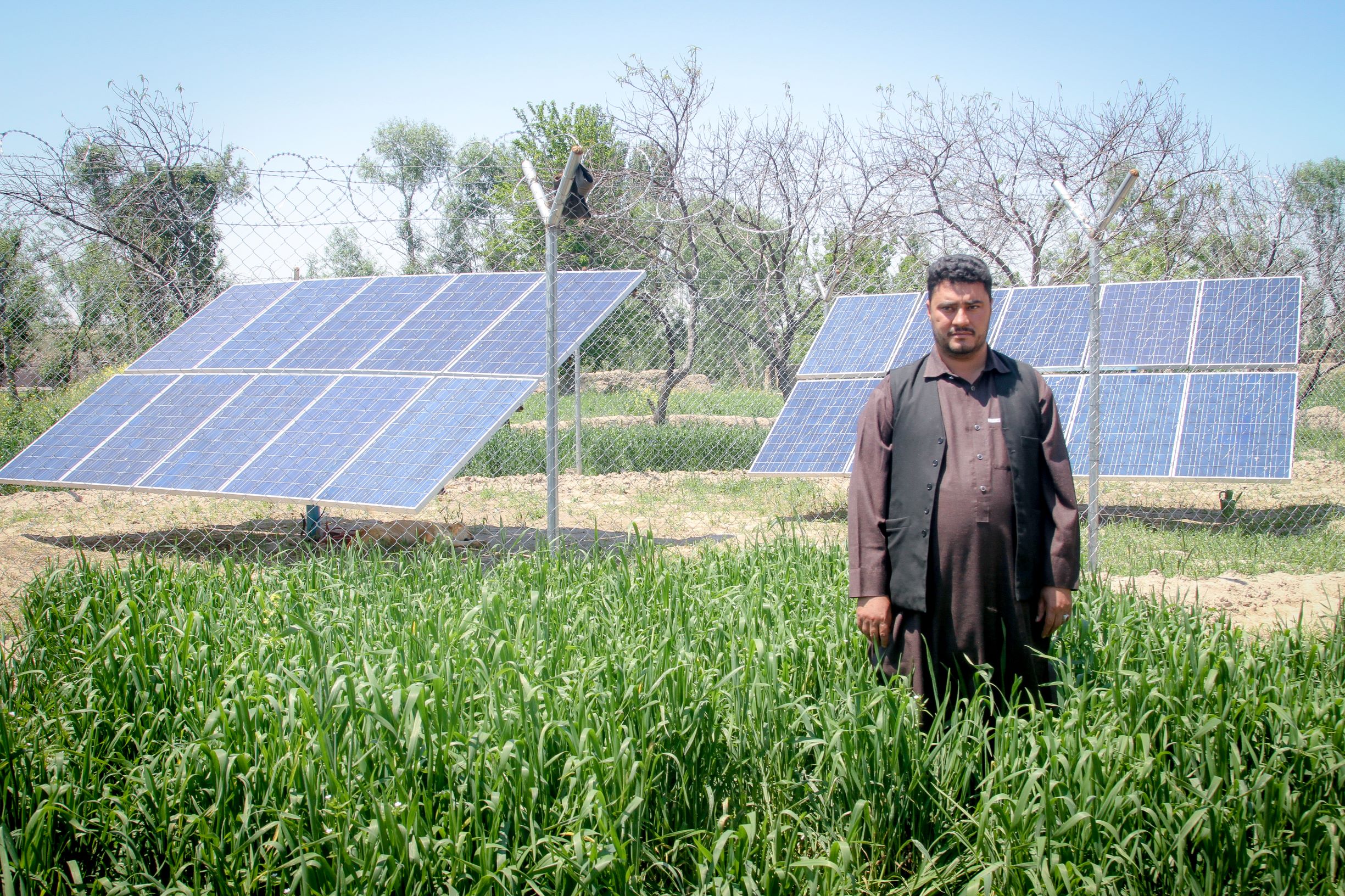 Improved water networks and other features of the Drought Respond project (DRP) in Koshke Kohna district directly led to the return of many local people. Now villagers enjoy a source of clean and safe drinking water much nearer to their homes.

Aziz, 14, lives in Koklam village and is responsible for fetching water for his family. During the drought he had to take his donkey great distances to bring water from mountain streams. It was especially difficult during winter.

“Sometimes I was doing my homework, but I had leave it to go fetch water, and I could not continue [when I returned] because of fatigue.” With a closer water source Aziz not only has energy for homework, but also time to play. 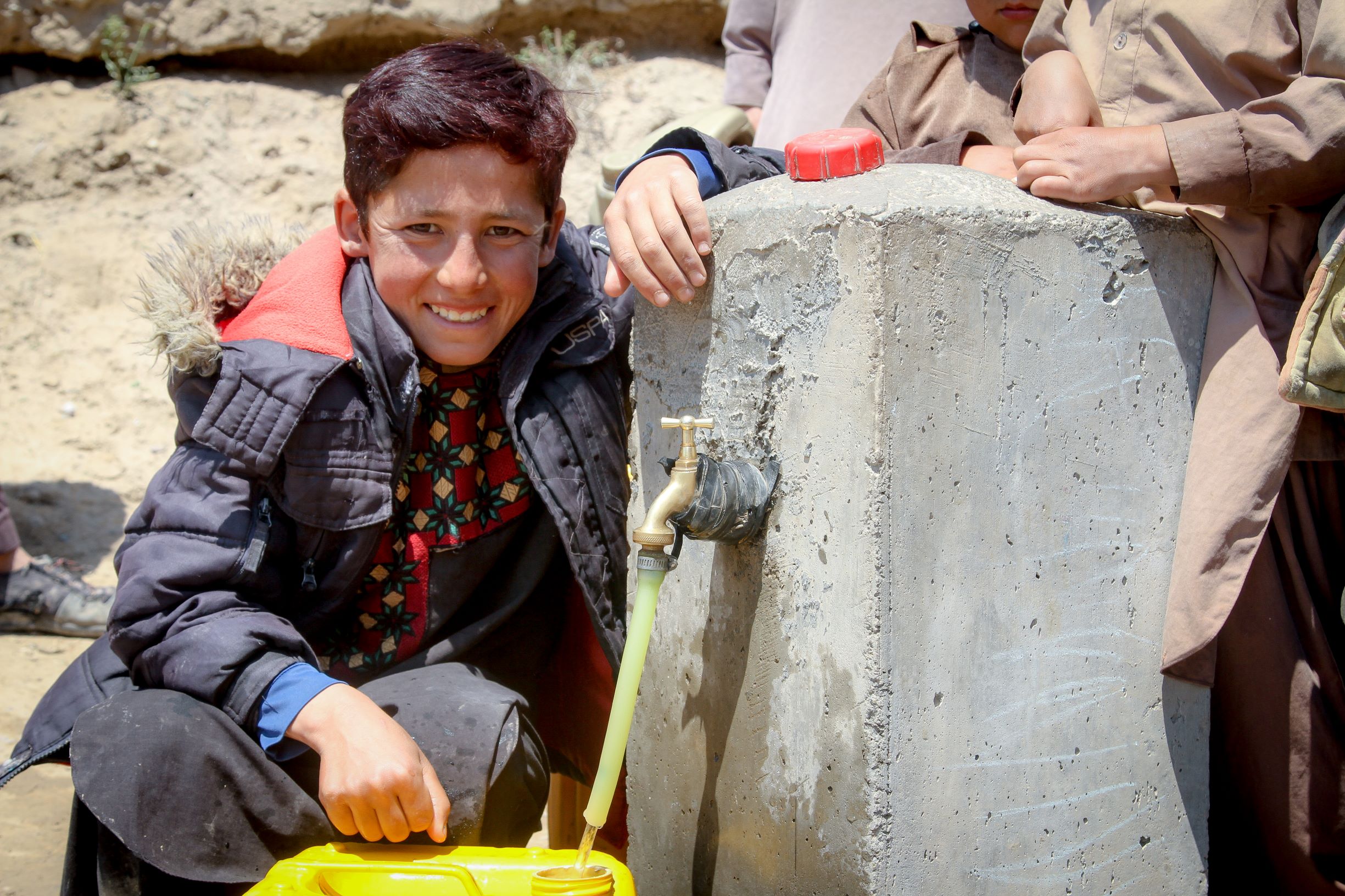 Locals have seen this new facility solve one of their most basic and pressing needs. People from other villages also use this reliable source of water, arriving with their animals. Travel times for them are still long, but until they have a closer source they are happy to access consistently clean water here.

Rahmatullah states that the village hasn’t had any issues with drinking water since WV established the water network in Koklam village. Access has improved greatly and there have been no significant health issues from water quality. Villages in rural Afghanistan lack economic resources but people have expressed a willingness to do whatever it takes to maintain the system in the future.

“This is the best and longest-lasting kind of help in times of drought for these people,” says Rahmatullah. “Other aid such as cash and food are for the short-term, but this facility will [endure]. It provides fundamental support and people welcome these types of projects. Many thanks to WV who [showed up] to help people in need during the drought.”

A proposed project extension will promote both short and long-term social and economic activities for the stabilization of access to safe drinking water in Kushk Robat Sangi and Kushk e Kohna districts of Herat Province. 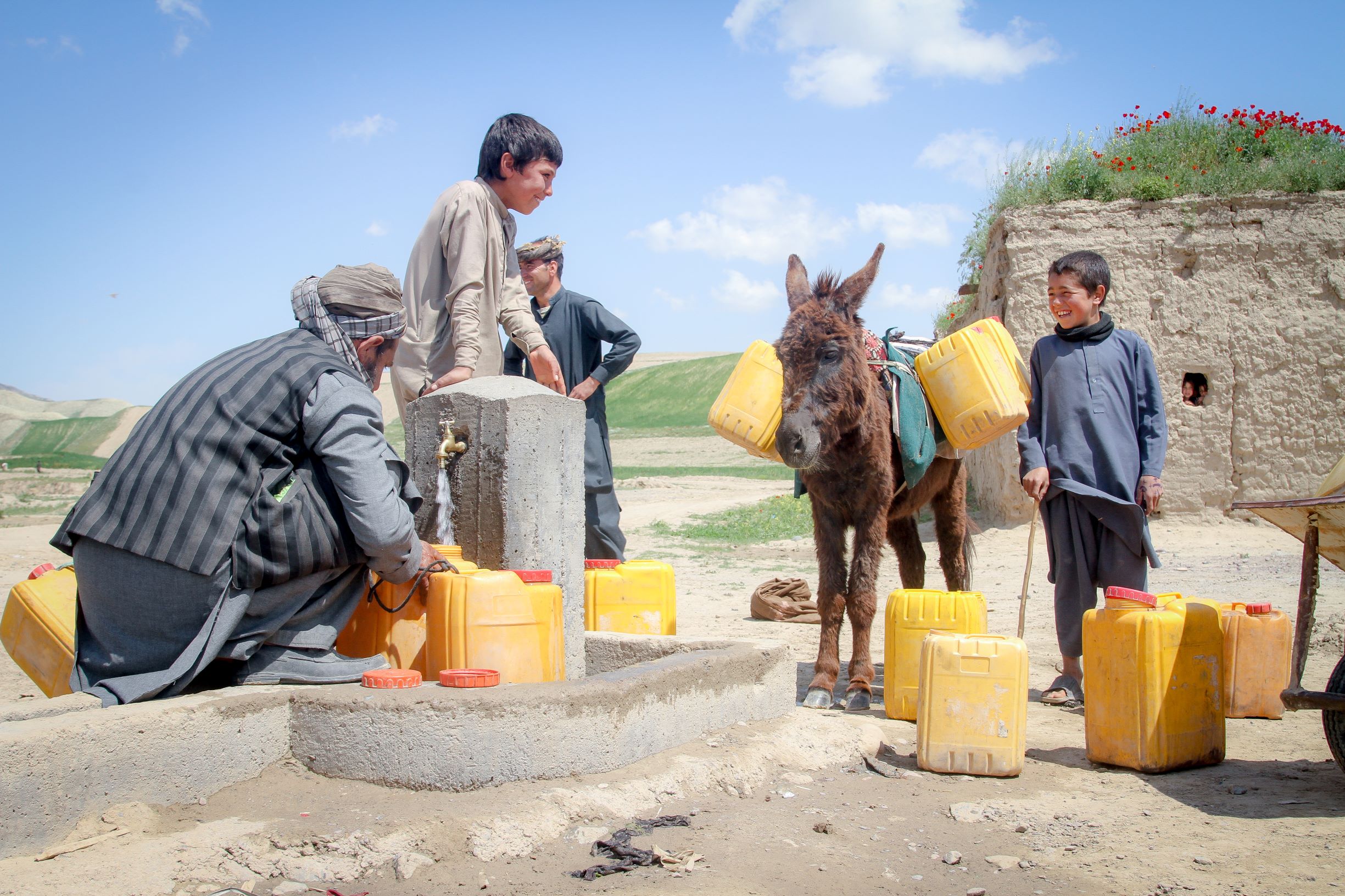 WV rehabilitated an existing solar-powered water network; protected a spring and extended its outlet by one kilometre; constructed a new borehole with hand pump; rehabilitated five existing boreholes with hand pumps; and provided emergency drinking water treatment through the distribution of Procter and Gamble PUR sachets (18 sachets per person for 60 days), and related materials (each household received: one bar of soap, one buckets, one filter cloths, one mixing spoon and IEC materials) in two districts of Herat, addressing the needs of more than 23,177 people (3,311 households).