When Cynthia was born in Mwala, Kenya, her mother Janet looked into her little face and fell in love. There was no sign of the challenges that Cynthia would face or the turns that both their lives would take.

As the days went by, Cynthia smiled, then learned to sit up. She turned six months old and was learning to crawl. But then, she started having epileptic seizures. And suddenly, Cynthia could no longer move.

Janet had to carry Cynthia everywhere – to go to the toilet, when they went to the field, when they went to the market. She had no other option: like many in their community, Janet worked hard just to put food on the table. But as Cynthia grew, it got harder and harder – not just to carry her around, but to bear the barriers that Janet saw growing up around her daughter. By the end of the day, Janet’s body, and her heart, would be aching. 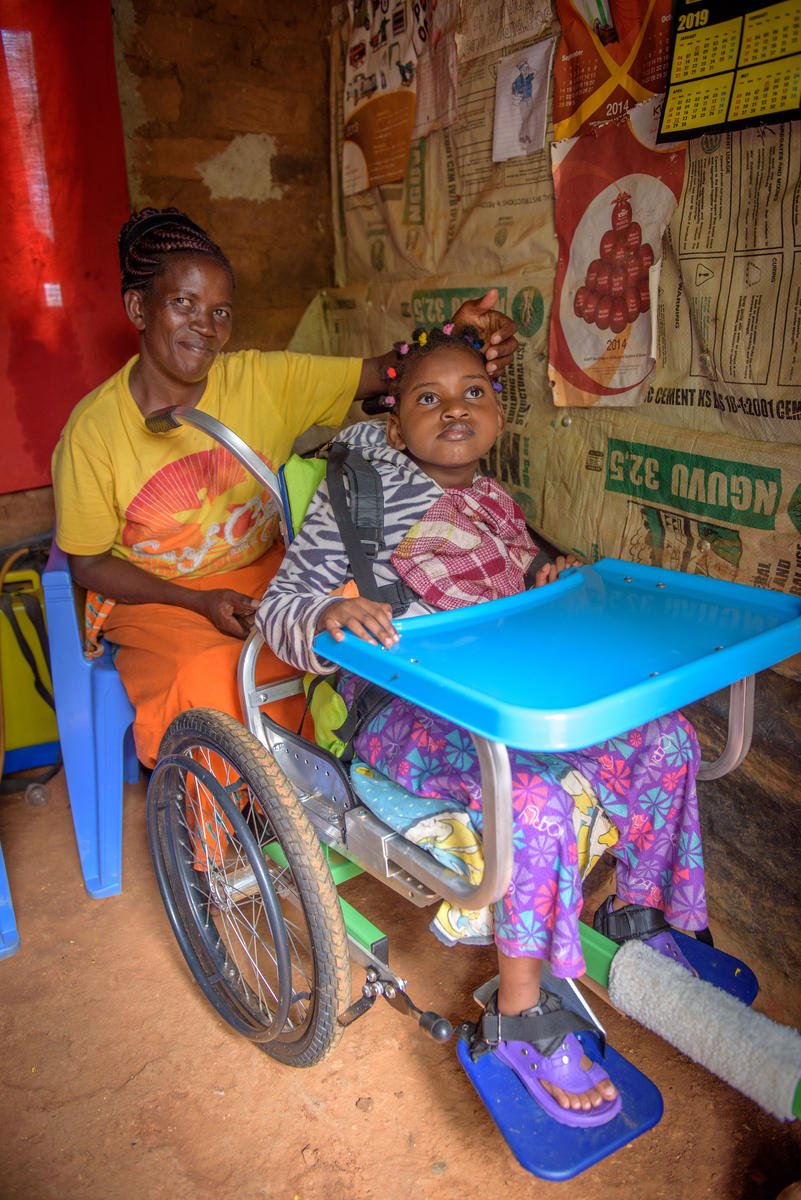 Around the world, people with disabilities like Cynthia face enormous challenges as part of their everyday lives – not only related to their health condition, but because of the social stigma associated with disability. In some places, disability is seen as a curse, or a punishment. At the same time, in many developing countries people with disabilities face a lack of medical care, including trained doctors, clinics and hospitals, treatment options and physical aids, and often live in communities without disability-friendly infrastructure or tarred roads.

“Families see education as an investment in their future, but with limited resources, they often choose not to invest in children with disabilities because they believe they have less potential,” explains James Keitany, a World Vision disability inclusion expert. 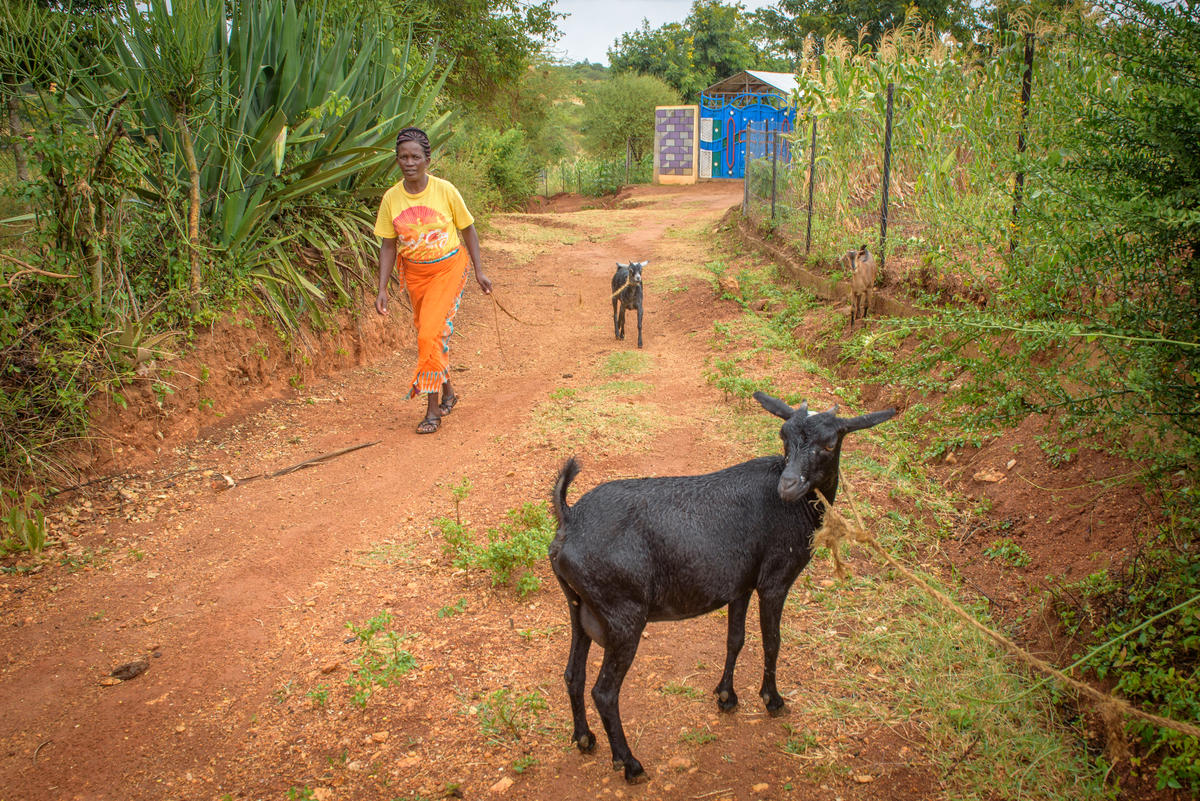 But, because of sponsors, Cynthia’s life took yet another turn. World Vision began working in her community and Cynthia was sponsored. With sponsors’ support, local staff visited the homes of children with disabilities to make sure the children and their families understood their rights and got access to the resources they needed. They encouraged parents to send their children to school and trained teachers how to include children with disabilities in school. And they helped people in Cynthia’s community to form a Citizen Voice and Action group, which began lobbying the local government for better inclusion of everyone in the community. In places where it’s needed, sponsorship has also helped schools to invest in disability-friendly infrastructure like handwashing taps and toilet facilities that can be used by people in wheelchairs.

But for Janet, the most exciting change of all was a brand new, proper wheelchair for Cynthia, who is now eight years old. World Vision’s wheelchair support program, ACCESS, partnered with USAID and a local organisation to identify children like Cynthia in need of a wheelchair, provide her with one, and train Janet how to maintain it and secure Cynthia in correctly.

The wheelchair is so much more than a way for Cynthia to get around – it’s a way for her to be part of community life. Now, Cynthia’s older sister can take her to Sunday school, and “She watches other children and listens to them singing,” explains Janet. “She feels happy. She feels included.”

With a wheelchair, Janet dares to imagine a different future for her daughter

“Now that Cynthia has a wheelchair, her back is stabilising, she’s able to sit,” says Janet. “At some point, she will be able to join school and have a bright future through education.” 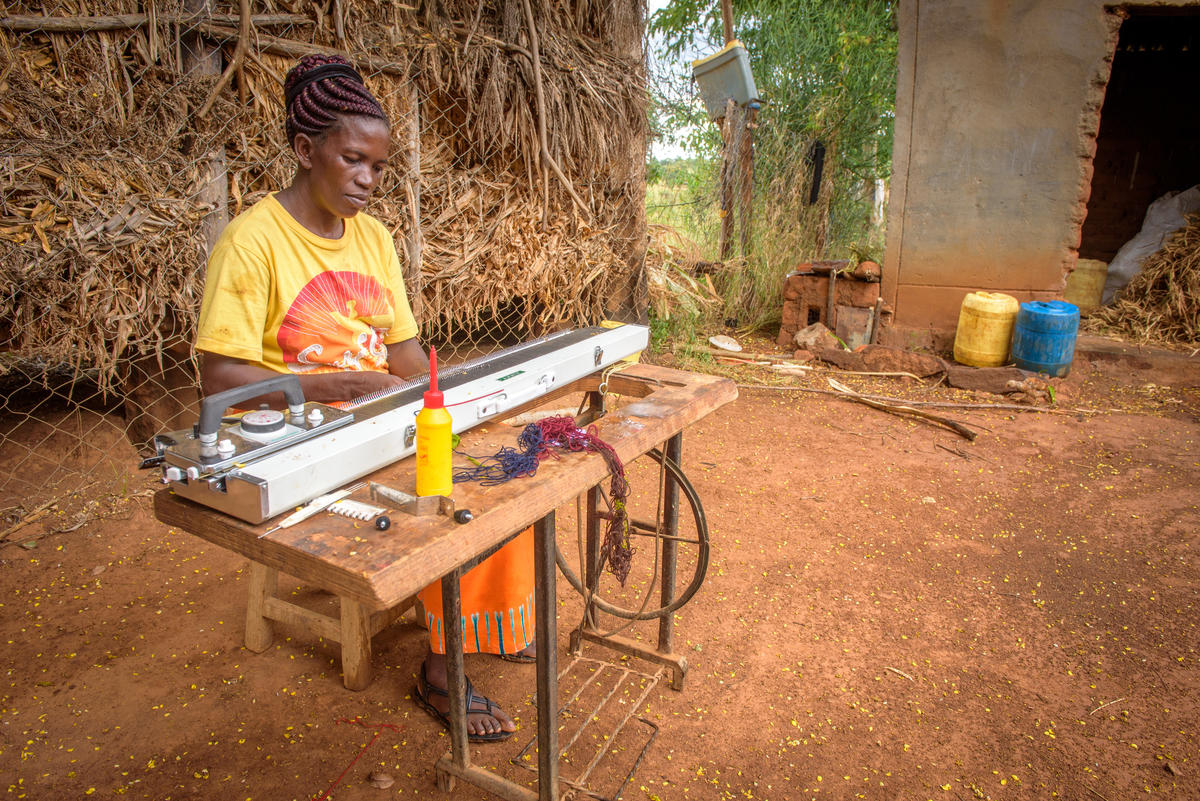 Her sponsor’s support has changed so much for Cynthia. World Vision staff have linked her with government programs designed to help people with disabilities, and now a therapist visits Cynthia four times a month, and trains Janet how to do exercises with her every day. Sponsorship also helped Janet to set up a business making school uniforms to sell, so she can work from home while looking after Cynthia, and make sure they have food on the table each night. The icing on the cake is the goat that Cynthia’s sponsor gave as a birthday present – they can breed it to further boost their income.

For Janet, the support means she is finally free from fear of what the future will hold for Cynthia.

“Since World Vision came into our life, I’ve seen a lot of transformation,” Janet says. “I have seen that the future is bright.”

Right now, thousands of girls urgently need sponsors so they can build a fearless future like Cynthia.