Like millions of other girls, Janet lived in daily fear she would be forced to do something she didn’t want to do. Be forced out of school. Be forced into an early marriage.

For Janet, it wasn’t a far-fetched concern – one in every three girls in her country, Uganda, are married before their eighteenth birthday.

When she was 15, Janet’s fears almost became a reality.

One day, her father took her to her aunt’s house and left her there. Janet didn’t know why. Then her cousin told her: she was going to be married. 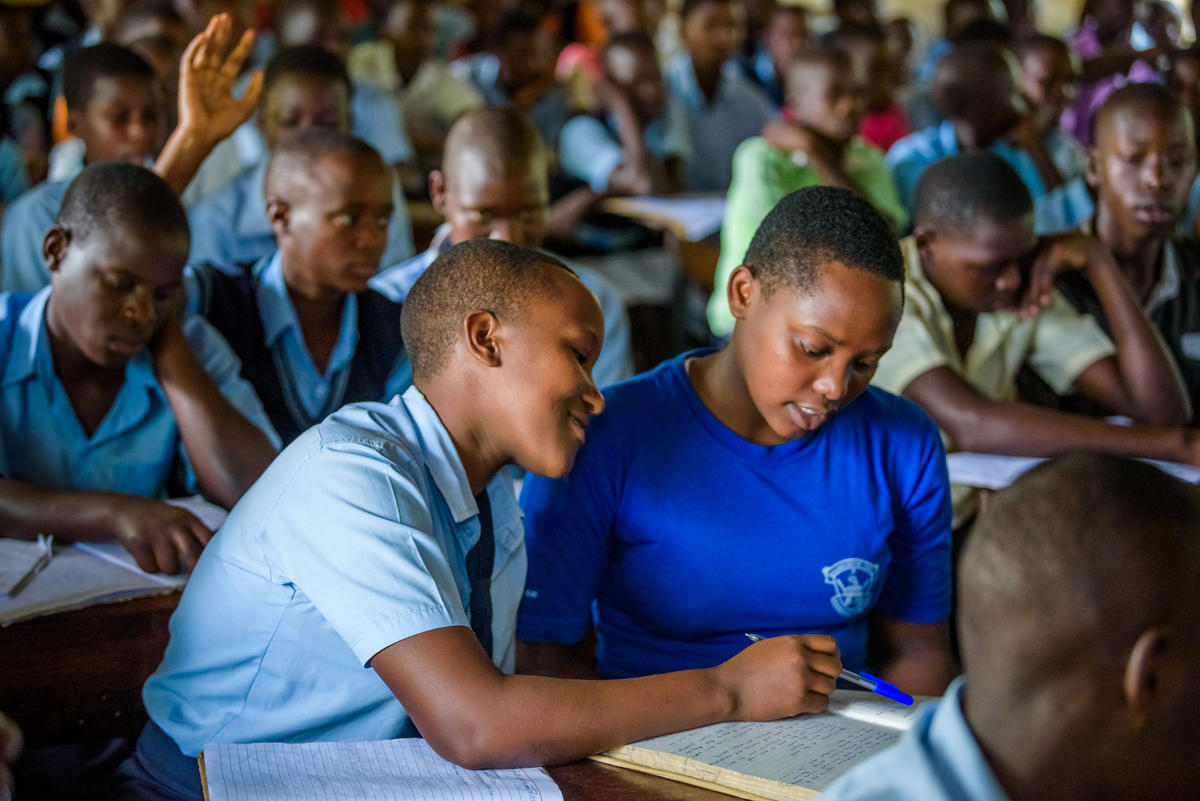 Janet wanted to be a doctor, not a bride. She had already seen what early marriage could do – because her father had forced her sisters to marry early too.

“My father always complained about having all of us in school at the same time,” says Janet. “I remember when my sister had just completed Year 7 in 2011, our father forced her to get married. Because she was still young, her marriage did not work out, and she came back home after a few months. But because the situation at home was not good at all, my second born sister also got married.”

But Janet knew how to fight for her freedom

As the chairperson of her school’s child parliament, Janet knows her rights and knew exactly what to do.

She called her mother, who is no longer married to her father. She understood that Janet was in danger, because sponsors also support work to make sure parents know the damage that child marriage does to girls and communities, and how important it is to protect their daughters from it. Janet’s mother sent her money for a motorbike to come back home, and Janet escaped. 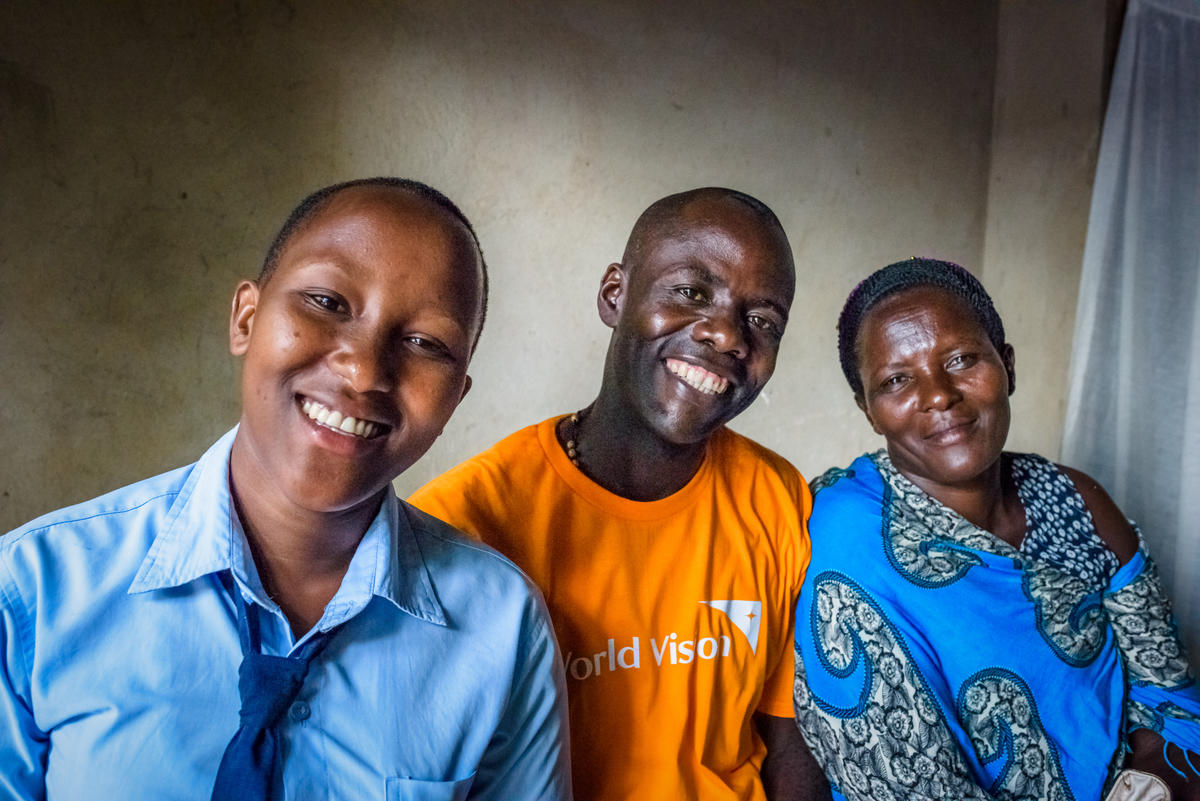 And because sponsors support the community to take a stand against child marriage as well, Janet and her mother had people to turn to for help. Janet told her teacher, Patrick Agaba, about her father’s plans.

“Janet came to school and informed me about how they were going to marry her off,” says Patrick. “She didn’t want it. She came crying, and she didn’t want to go back home.”

Patrick is a member of the local Citizen Voice and Action Group, so he knew what to do to help young girls fight for their freedom.

“I called the chairman of the school management committee,” says Patrick.  “He told me, ‘’I’m going to her home now to see her father.’ But her father refused to pay Janet’s school fees.”

“We got a nurse with the clinic to take her in. She went from the clinic to the school and stayed there for one year. When it was time for exams, she passed.” 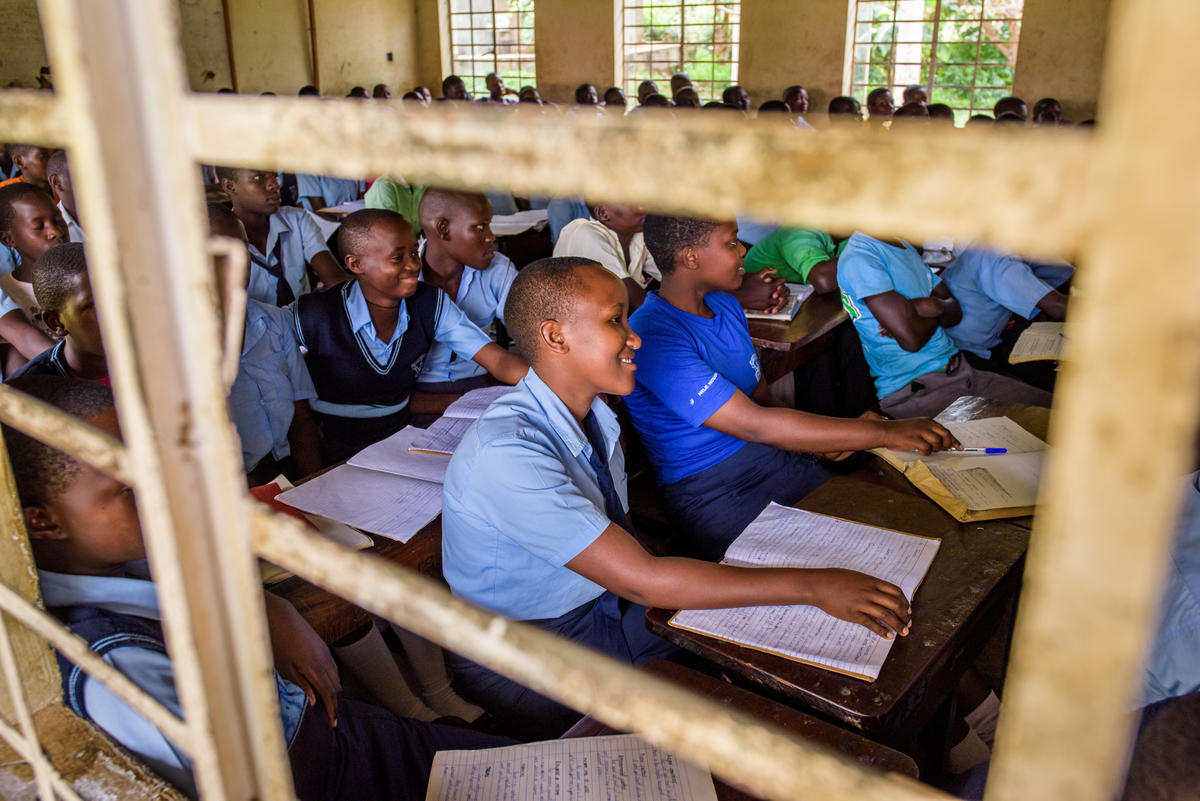 Poverty is often a driving force for families to marry off their daughters at a young age, and Janet’s father, a farmer, struggles to make ends meet. Patrick explains that Janet’s father also struggles with addiction.

“Her father thought she would fail. He says, 'You’re going to be nothing. I would have gotten cows for you.’”

But her father was wrong. Today, Janet is working hard to become a doctor. Every day, she is a little closer to achieving her dream – and sponsorship is supporting her every step of the way.

As well as equipping communities like Janet’s to respond to child marriage, child sponsorship helps them to tackle its root causes by supporting parents to increase their income and improve their financial security, and addressing damaging social norms and attitudes that entrench gender inequality and accept child marriage. Janet’s brother is also sponsored, but the entire community – including Janet – is benefitting from sponsorship’s work to end child marriage.

Patrick has high hopes for Janet’s future. “She will come and help the community,” he says. “She encourages her friends to study. She has even talked on the radio about how children should not be mistreated at home and at school. She is happy.”

Right now, thousands of girls urgently need sponsors so they can build a fearless future like Janet.