Twenty-four-year-old Julieta lives in the community of Milonde in Huila Province. She and her sister Eularia are both part of a Farmer Field School group. Julieta likes to be part of the school, “because it's fun and I like to learn new things, and I can replicate what I learn here, at my parent's farm”, she says.

Most recently, data published in the World Food Programme (WFP)’s Vulnerability Analysis for Southern Africa 2020/2021 report, states that the prolonged drought in Angola affects around 50% of the population, making it harder to plan for long-term interventions.

World Vision’s main goal is to reduce the impact of climate change by investing in drought-resistant seeds. Even though the nature of the climatic conditions is unpredictable, it is crucial to implement response mechanisms that rely on solutions that prepare and prevent the most vulnerable communities from any future climatic catastrophes.

To minimise shocks, we believe in the possibility of introducing these seeds that, even in the absence of rain, can be distributed to families so that they can guarantee their diversified diet. By educating families on climate smart agriculture and providing them with drought-resistant seeds, they are not only equipped with means to continue getting an income, but also gain understanding around what type of crops they should be planting and when.

World Vision continues to seek funding to implement more sustainable projects that will help drought-affected families in Angola to become more resilient, and the Farmer Field School methodology implemented by the organisation for more than 10 years has been successful from the start.

The experimental Farmer Field School in Milonde benefits around 140 people, from the 240 households residing in the community. 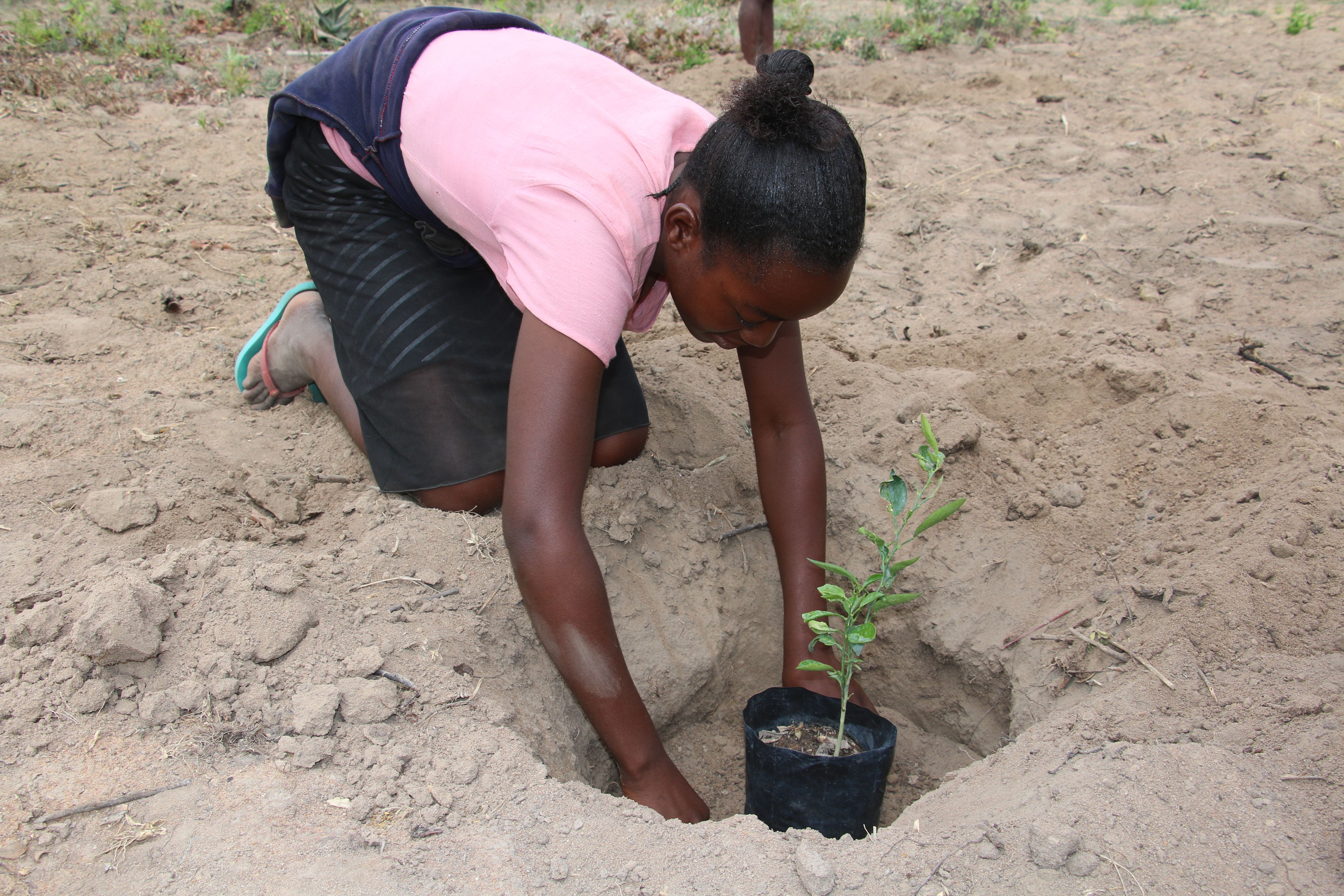 Julieta is currently doing Grade 8 and wants to go to university. However, that would imply her leaving the community, because the nearest secondary school is 10KM away. This is the reason why most young people her age have dropped out of school; there are no options other than helping their parents on the farm, or taking care of the cattle.

“At the moment, our priority is to learn how to produce cassava because this crop from Namibe Province is very resistant to drought and grows better in areas such as that. Besides that, we are also planting soya, lemon and orange trees”, Julieta explains.

The production resulting from the experimental Farmer Field School will be used for the members’ own consumption mostly, and the remainder given to other farmers for further multiplication.

According to Bento Ramalho, World Vision’s Project Manager, several families in this areas are not used to growing these type of crops. “in Milonde’s Farmer Field School, they do experiments with different crop varieties and learn techniques such as the use of cover to retain soil moisture and increase organic matter in the soil, intercropping, the use of natural pesticides, and others”, he shares, further adding that youngsters help with irrigating the fields and get involved in the learning process, even though they are not members of the field school. 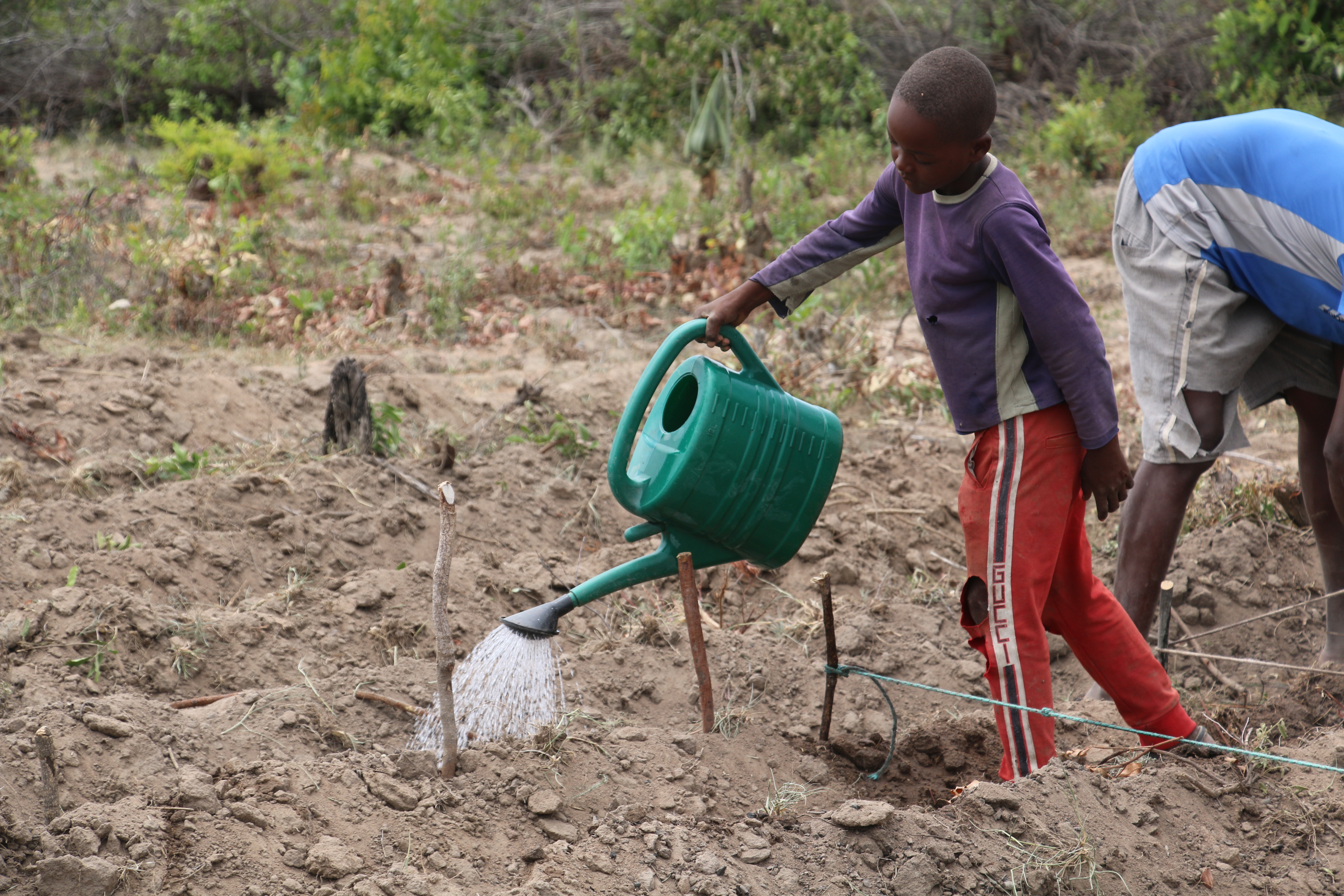 World Vision’s Hong Kong office is funding this project, and the main activities for school gardens focus on the planting of nutritious vegetables and other crops. World Vision’s Angola office will increasingly carry out awareness raising and capacity-building for Farmer Field School members to strengthen their income-generation skills.