It's been three months since fighting broke out in Tigray, one of the poorest regions in Ethiopia, where hundreds of thousands rely on food assistance even under good harvest conditions. Prior to the conflict, however, more than one million people in the region were already reliant on aid and more than 600,000 grappling with hunger.

To make an already difficult situation harder, COVID-19 and desert locust infestation further hindered the ability of families to provide for even their basic needs.  The conflict, which displaced hundreds of thousands, only made things even more difficult.

According to UNICEF’s situation report from January 14, 2021, 4.5 million people need emergency food assistance in Tigray, as many as 2.3 million of whom are children.

Leges, 30, a mother of six, is among those who have been displaced. Together with her six children and many others on move, she suffered greatly on the way to Shire, where she is currently living in an Internally Displaced (IDP) camp. They had to hide in the forest for six days before making the six-day walk to Shire.

“I just rushed to flee leaving behind my house and all my properties to save my children’s and my lives. I hope one day we would be back in our home,” she says, explaining how the cold weather, lack of sleep and lack of food is affecting her and her children.  "I came here expecting at least to get food, water and shelter. Unfortunately, I am getting little or no food,” she adds. 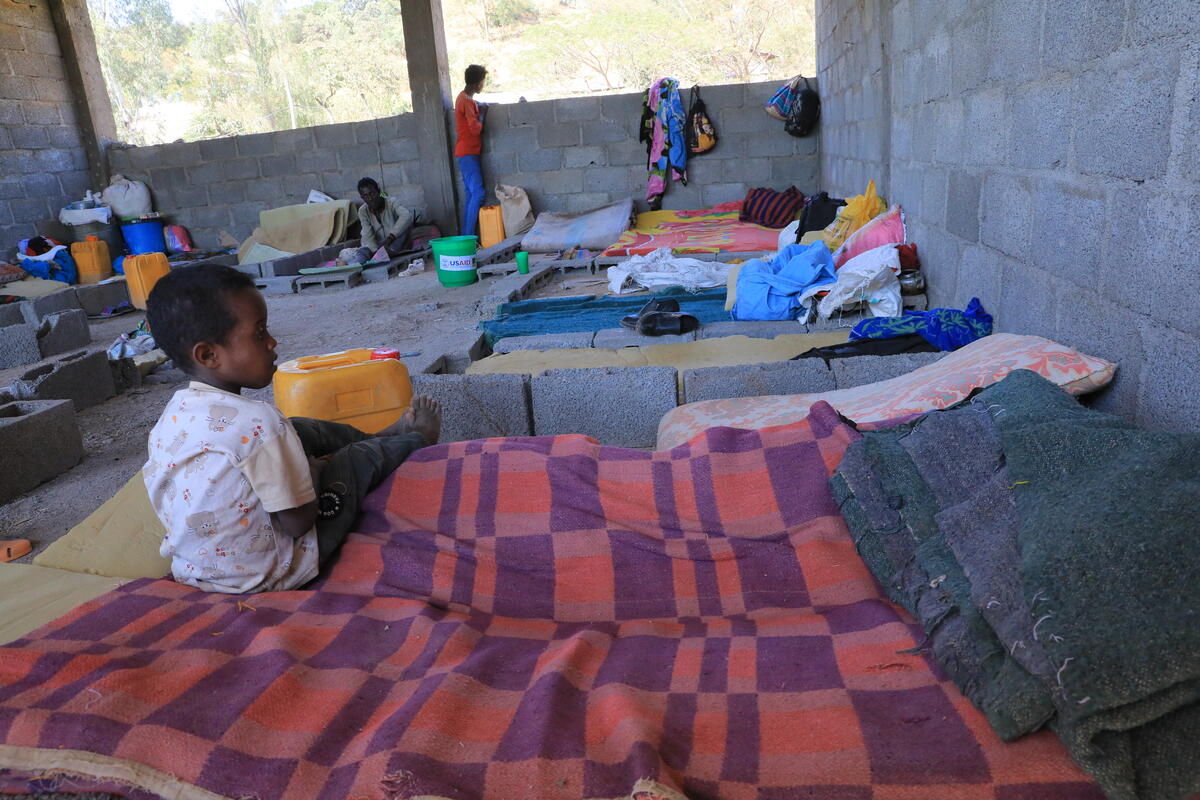 Currently, there are 12,000 people at the Imbadanso IDPs site, where Leges also sheltered. Most fled with nothing. Their needs are enormous.  They all desperately need food and other non-food items. Many have resorted to begging for food during the day.

Tehagos, 34, is a mother of four is another IDP. “I heard a gunfire at 4am and immediately rushed to flee to save the life of my children. I left behind all by belongings including my house and properties,” she explains bitterly.  “We spent two weeks hiding... Some good people provided us with food on our way to Shire."

After two months at the site, Tehagos is desperate to provide for her children and regularly resorts to begging for food. But even that doesn't always work. "I [often] get few or sometimes no food” she says.

According to UNICEF, 1.3 million children are out of school due to prolonged disruption of schooling, because of COVID-19 pandemic and conflict in Tigray. There are at least 222,413 IDPs (majority are children and women) within the region who mainly displaced from Western Tigray and other parts of the country.

Although food is a primary concern, we are also concerned with the 1.3 million children who are enduring a prolonged disruption of their education because of COVID-19 and now conflict. 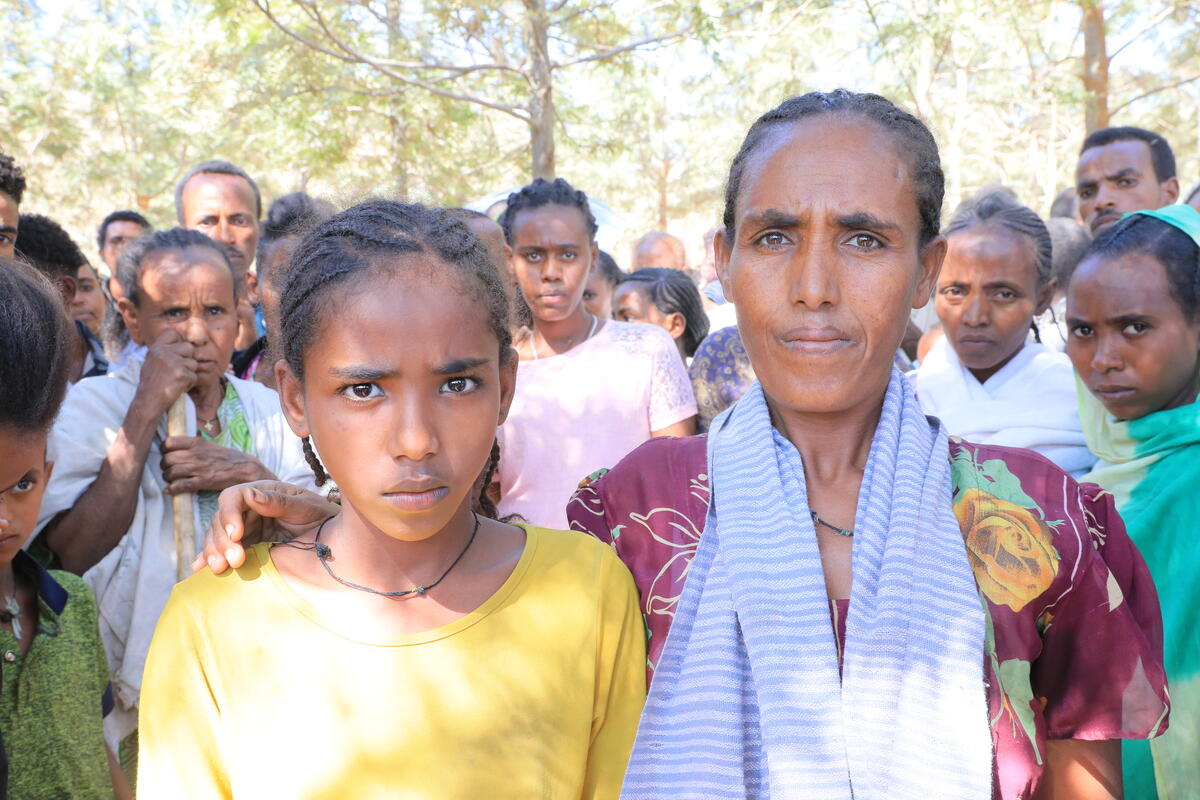 Samrawit, 14, dreams of becoming a doctor when she grows up. Unfortunately, now she is quite uncertain of what tomorrow holds, let alone her dream being a doctor. “I came here with my mother," she says. "We suddenly left our village when we heard a gunfire. I don’t know the whereabouts of my father,” she explains sadly.  “I need food to eat and to hug my beloved father,” Samrawit says.

World Vision has been working in the Tigray region for more than 40 years. Learn more about how our teams are mobilising to meet the needs of the most vulnerable affected by these recent crisis.