As a child, Levison Mashalubu, now aged 25, the first-born and only boy in a family of six, dremt of having a career in medicine. Poverty, however, stood in his way.

A ray of hope had shone in 2002 because he became a sponsored child with World Vision. Like many other children in his community, in 2008, Levison received a special gift of 21, 000 (about $140 USD) from his sponsor which would change so much in the future.

“I was in standard 8 that time and I decided to use part of the gift I received from my sponsor to buy a nanny goat which started multiplying. [This allowed me to attend] a private secondary school because I was using the proceeds from the sale of the goats to pay my school fees of about K12, 000 per term, until I completed my studies. I thank my sponsor for the kind heart because my parents could not afford to pay schools fees for me,” says Levison.

The sponsorship spurred him on to work hard in school until he completed studies in 2012. In 2014, he was selected to pursue his primary school teaching career at Blantyre Teachers College. 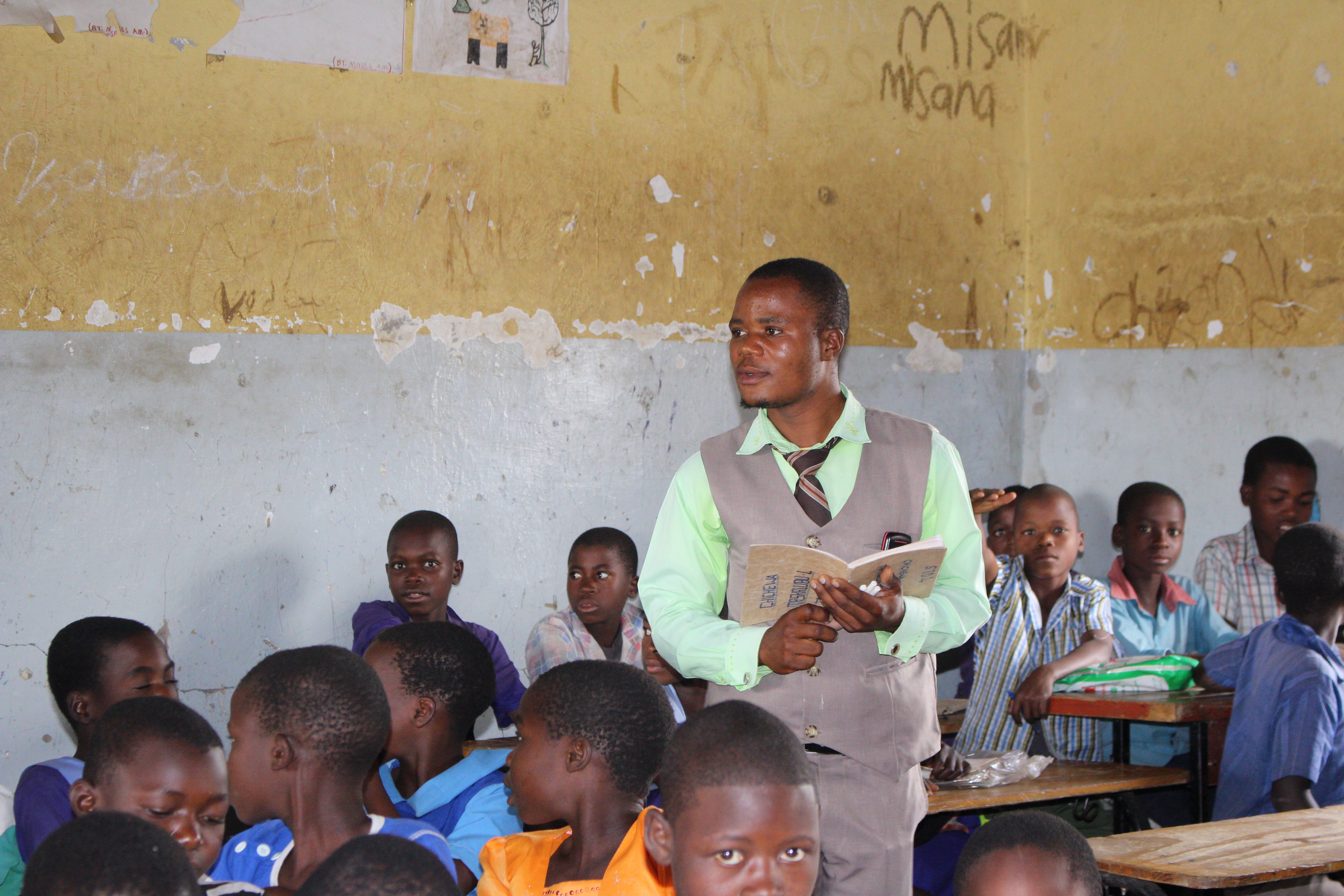 “When I finished, the government employed me and posted me here at my home school, Chisengereni Primary School in 2017 where I teach English and Chichewa in Standard 4,” explains Levison, 25, from nearby Mkoko Village, Traditional Authority Jenala in Phalombe.

He adds that the cash gift he received from his friend through World Vision revived his dreams of a better future because it showed that while his family could not manage to meet the financial obligations, someone far away had a kind heart to contribute towards his success.

“When I finished [my studies], the government employed me and posted me here at my home school, Chisengereni Primary School in 2017, where I teach English and Chichewa in Standard 4,” explains Levison.

Levison is grateful for the gift he received. Through World Vision, his dreams of a better future were revived because it showed that while his family could not manage to meet the financial obligations, someone far away had a kind heart to contribute towards his success.

“I was the first person in my family to get a Malawi School Certificate of Education (MSCE) and that as the only boy and firstborn, my sisters were looking up to me for inspiration, hence I wanted to do better,” he said.

With all this achieved, Levison has set his sights on a new goal; to obtain a Degree in Theology at a College in Zomba, which he started studying for in 2018.

As World Vision transitioned from his community to a new one, Levison said he would forever remain grateful to his sponsor from Germany, adding that he was hopeful, the sponsor was equally happy with what has been achieved in his (Levison) life.

"By choosing to sponsor me, so many things happened in our community", said Levison, flanked by the children he teaches. "We got clean water, this school we are at and others got constructed and food security improved because of their decision to choose me and other children".