“I used to walk for 15 kilometers every day to fetch water from neighbouring villages. Most times, people fight at the few available hand pumps to get ahead of each other, says Abuk, a 33-year old mother of four.

“For the first time in our lives, our families can drink clean water from the community. Thanks to World Vision for heeding the people’s need”, she adds.

The residents of Riang-Awet tried to be resourceful by digging a well for both human and livestock consumption, especially during the dry season. They also collected water during the rainy season.

“It was not safe for children but we have no option. We wanted to avoid the long walks and the danger of fights in other villages.” A solution came to light in Abuk’s village which is a part of Warrap State’s Tonj North County.

Three handpumps were drilled by World Vision’s Greater Resilience through Enhancing Agriculture and Nutrition (GREAN) Project funded by the Government of Australia's Department of Foreign Affairs and Trade (DFAT) through the Australian NGO Cooperation Program (ANCP).

“After the drilling of the hand pumps, we realized that having clean drinking water prevented diseases like diarrhea, typhoid, and cholera caused by poor sanitation and hygiene”, Abuk says.

The people in Abuk’s community depend on farming and cattle rearing. As they prepared for the dry season vegetable farming, she said that clean water in the community has greatly changed their lives.

“We will have enough food this year for our families now that there is enough water for our gardens and our animals”, she continues. An estimated 3,000 people benefit from clean water provided by the pumps.

Nyibol Aleu Ayieny, 38 and mother of six children further adds, “I can expand my farm to increase our food supply and fight hunger.”

Nyibol recalled that before World Vision brought clean water, she spent most of her time fetching water. She said she planned to focus on pursuing a livelihood and generate income for her family.

The GREAN project aims to sustainably increase agricultural production and productivity through input support and training. It also provides access to water, sanitation, and hygiene facilities for people and crops.

An estimated 60,000 people from Warrap State and Rajaf County in Central Equatoria can potentially enjoy increased income and fight hunger. So far, over 1,000 households were supported with agricultural inputs. 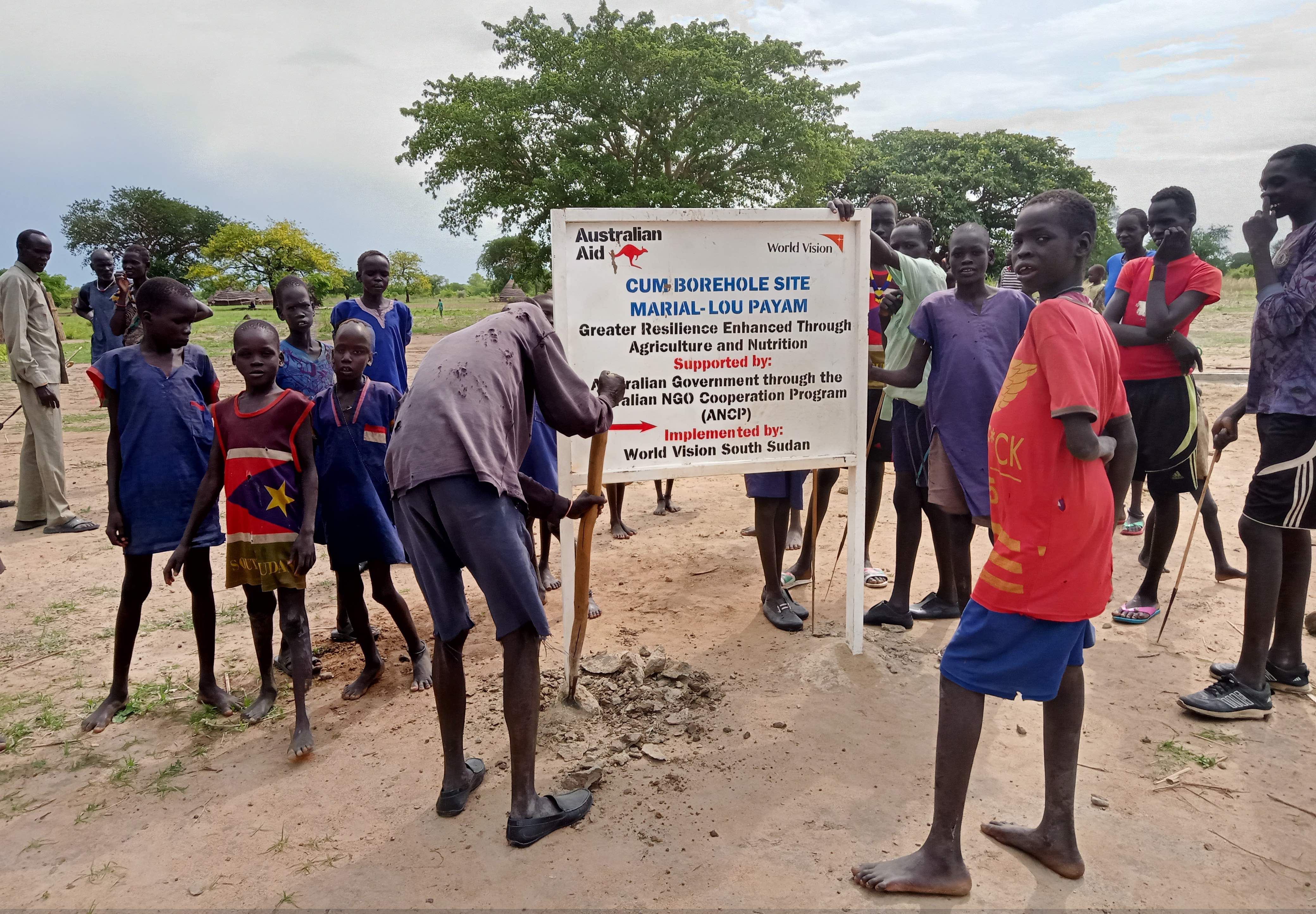 “Providing clean and safe water for communities’ means protecting the women from gender-based violence, diseases, and hunger. They will have enough time to raise food for their families", says World Vision’s project manager Michael Mach in Tonj North.

“Women usually move to swampy areas during the dry season in the search for water supply. It is not safe, but there is no option. The demand for clean water is still high in many areas of Tonj North where people drink from open water sources exposing them to water-borne diseases”, Mach concludes.