“I was reluctant at first. Planting vegetables during the dry season did not make sense. But I had a change of heart and challenged myself to give it a try”, says Akech, a 45-year-old mother and farmer in South Sudan’s Warrap State.

Most of the time, community women in the country like Akech are responsible for nutrition and food for their families. Out of the estimated seven million people in the country in need of food security and livelihood, 50 percent are identified as women.

Yet, when it comes to decision-making on food production and use, they are hardly given the priority or opportunity. Akech appeals, “Giving women the chance to participate will boost agriculture and secure food and nutrition in our own communities. I share my story and inspire women to join.”

Dr. Mesfin Loha, World Vision’s Country Director explains, “South Sudan is a very patriarchal society, especially in the area where Akech is from. What she did showed that despite the challenges and misconceptions, it is possible for women to provide leadership if given the support.”

Akech further shares, “This is the challenge I have committed myself to do so I can contribute to reduce hunger.” As the women’s leadership is strengthened and they are provided access to resources, they become more confident in contributing to society.

I started cooking the vegetables and watched as my children become healthier. This encouraged me to expand by adding more crops, the surplus I began selling in the market for extra income I used for my children’s education and needs.

With this decision and supported by World Vision’s food security and nutrition project implemented through South Sudan Grassroot Initiative for Development (SSGID) funded by the German Federal Ministry for Economic Cooperation and Development Cooperation, Akech set to work and face the challenge head on.

“I embraced the responsibility and got involved in planting the recommended crops like okra and Jew mallow”, she shares. Her inspiration grew as her garden flourished.

“I started cooking the vegetables and watched as my children become healthier. This encouraged me to expand by adding more crops, the surplus I began selling in the market for extra income I used for my children’s education and needs”, Akech says.

Akech is a real game changer because she not only changed her life because of hard work and resilience but also influenced perceptions about women working hard to feed their families and communities.

Seeing the improvement in her life, the women in the neighborhood got inspired to follow Akech’s example. She was more than generous to share her success. She adds, “The group increased as women came to us to participate. We kept growing and I was happy to share.”

Akech eventually became the leader of Hadic Farmers Group composed of 30 members from the community. In two years’ time, Akech and her group gained skills in improved and eco-friendly agricultural practices that included soil treatment, line planting, use of improved seeds and tools, among many others.

As a leader, she also helped manage the group’s savings. On her own, and from what she has learned, Akech embarked in developing an orchard and a nursery of mango trees that can grow well with the soil that they have.

The SSGID’s efforts to focus on marginalized but interested farmers have worked well tremendously. With proper support and provision of seedlings, tools and training of modern agricultural techniques, they became motivated to change the course of their lives for the better.

Mawac, Akech’s neighbour whose wife joined the farmers group, shared how he was resentful in the beginning and even though of driving her out of the house. He says, “But when our family began to enjoy the healthy meals she prepared from the garden, I also began to appreciate her efforts and contribution. Even the men became active in the group seeing the good results.”

He now believes that supporting women in agriculture and other community undertaking can lead to a more sustainable development. “I saw a lot of positive changes inside my household after my wife joined the project”, he adds.

Loha concludes, “Akech is a real game changer because she not only changed her life because of hard work and resilience but also influenced perceptions about women working hard to feed their families and communities.” Akech is our everyday hero doing her share to make the world a better place for children. 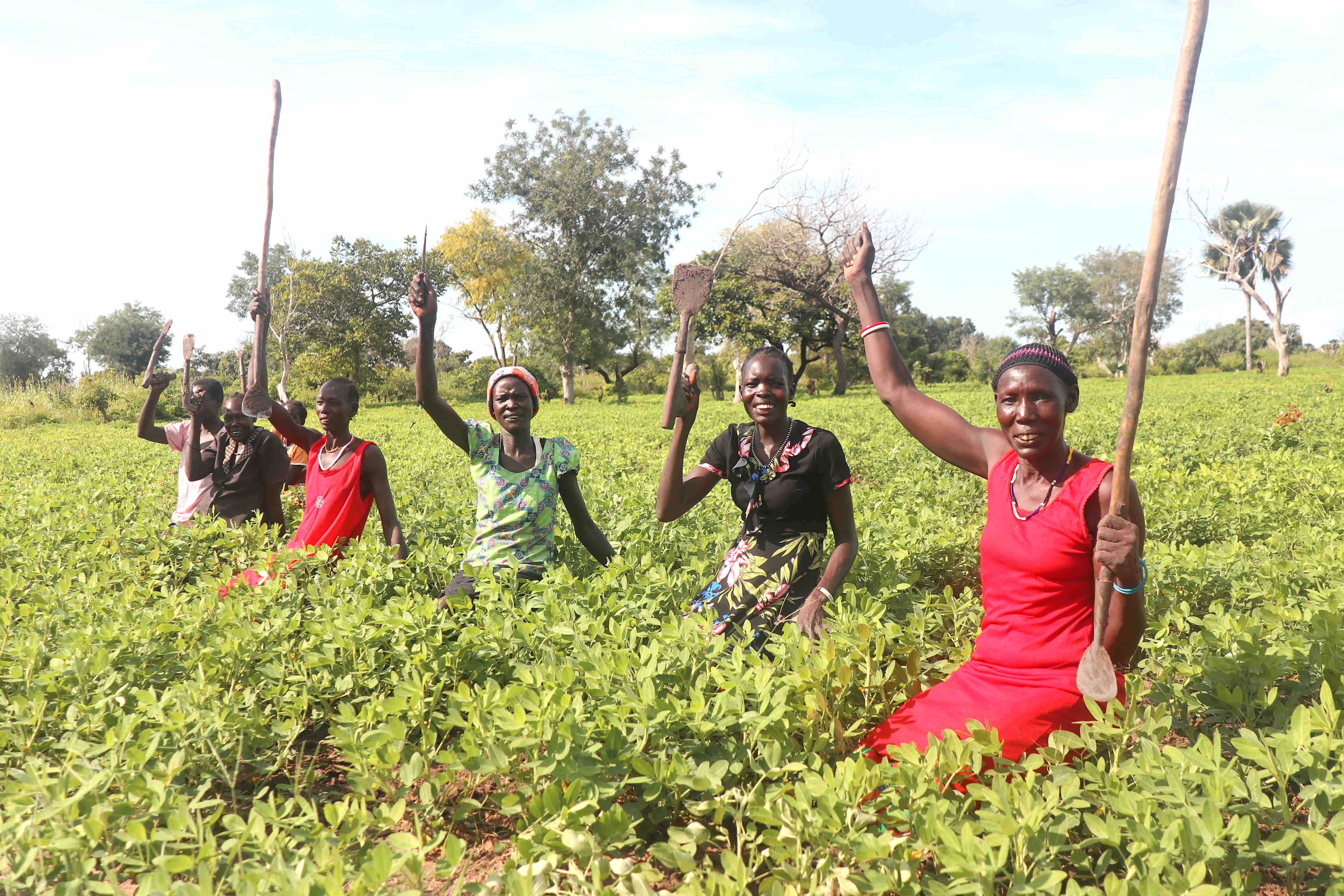