“The early child care activity has contributed to my brother’s recovery from malnutrition and his general wellbeing”, 15-year-old Mayen Ngor Kuol shares.

The first 1,000 days of life is the period between conception and the child's second birthday. It is an opportunity where foundations of health, growth, and brain development are established.

The lack of good nutrition may cause irreversible damage to a child’s brain resulting in reduced ability to learn, thrive, and grow into a productive adult.

Akech, an 18-month old boy was found with moderate acute malnutrition, and a measurement of upper arm circumference (MUAC) of 11.8cm. He was admitted for treatment at World Vision’s Mayen Gumel Nutrition Center in Kuajok, Warrap State in June 2020.

“When Akech got sick, he stopped playing with me and with his fellow children as he used to”, says his older brother Mayen.

Play is the main component of early childhood stimulation and is central to good mother-to-child interaction.

On admission to the program, Akech was also provided plumpy nuts and the medication he needed. The children were also taught how to make play items from locally available materials to enable them play at home.

“During follow-up days, Akech was involved in play activities, while my mother and I were encouraged to be responsive to his actions. The World Vision staff informed us that before three years, the brain grows and develops fastest. I did not want my brother to miss the opportunity to grow to his full potential”, Mayen adds.

Akech was discharged two weeks later with a MUAC of 13.1cm, good appetite, and was playfully running up and about the nutrition center compound. “He plays well with his peers now”, Mayen says with a smile.

World Vision organized a 14-member mother support group, among them Ayuen Lual, who were trained how to develop play items for children as part of the early childhood activities in nutrition. 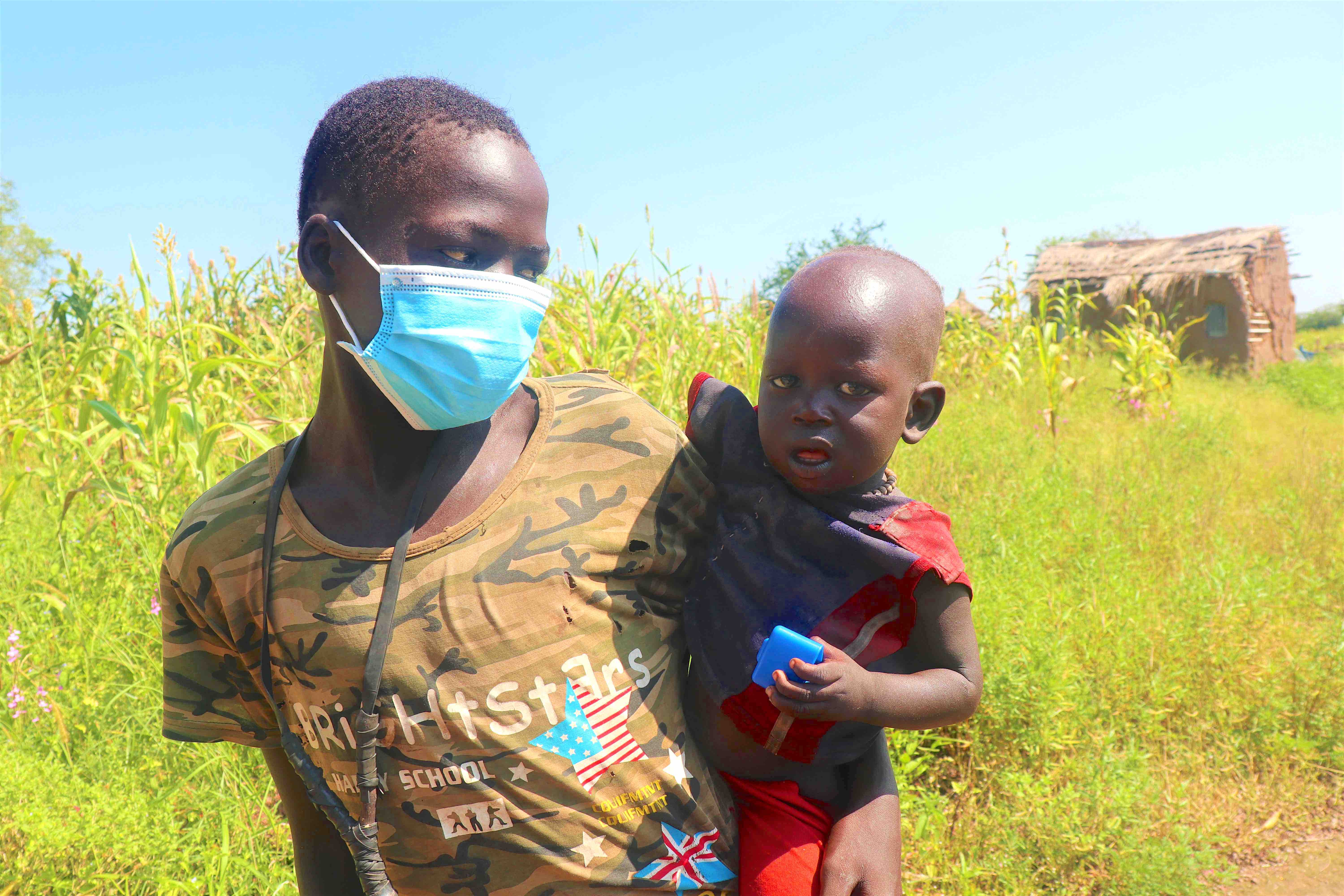 During their weekly meetings, the group facilitates discussion among mothers on issues related to their children’s health and nutrition. The play items they develop are used in the the child-friendly spaces.

World Vision intends to scale up ECD activities in Tonj North and Twic counties in 2021 with support from UNICEF since there is substantial evidence that if mixed with nutrition, it will produce significant positive benefits to children's cognition, general wellbeing, and nutrition status.