At a young age, Janet Abishai fled to the Central African Republic (CAR) as conflict intensified in Western Equatoria State, South Sudan. She has no idea when she was born but she estimated her age to be around seven years old.

“I remember traveling on foot with my parents and siblings for four days until we reached the refugee camp”, she recalls. Life in CAR was very difficult for a girl. For 10 arduous days, the family traveled on foot without enough food and drinking water.

Janet recalls, “I was young but I can still remember I was made to carry a tin full of ground nuts. My older siblings carried household items which we exchanged for food along the way.” She described the experience as a horrible one especially for small girls like her as she recalls,  “My legs got swollen with walking and all of us endured sleepless nights. As we traveled by foot, we were looted and harassed.”

Janet helped her parents plant in a big garden for the family’s needs and she had to cultivate her own small garden for her personal needs. “We are a big family and we needed to work hard to eat. I even learned to fish in the nearby river so I can sell something in the market and earn my own money”, she says. Janet has a total of 13 siblings and she belongs to the second family.

At around 14 years old, she got pregnant and married to a fellow student and became a mother to four children. The marriage did not last long. When the family moved to Uganda in 2009, they were already separated as she struggled to raise her children alone.

In between motherhood, her sister and mother supported her to finish school until she completed her Diploma in Administration and Management. Life was so hard, she says, that “Most of my family lost hope for our lives to improve but I was determined to change it for the better because of my children.”

“Money was always tight as a single mother. I would always try to budget my income as I sent my children to school”, she explains. The educational system is still being revived in South Sudan thus her four children are left studying in Uganda being cared for by her sisters.

All her efforts and persistence are gradually paying off. Today, Janet is in-charge of the reporting of World Vision’s food assistance program in Juba and Upper Nile benefitting approximately 90,000 people. Janet joined World Vision as Food Assistance Reporting Officer in 2010, a position she holds until today.

The job covers the Protection of Civilians (PoC) camps in Juba, the nutrition centres and the rapid response mechanisms (RRM) sites in Upper Nile State. “Despite the very tight reporting schedule, I have to make sure they are met on time because any small reporting delays can impact the next delivery of food assistance. Thousands of people are dependent on this program”, she adds.

She believes it is important for women to have an education. “When I was in Uganda, I saw women speaking in English, driving cars and working in the banks. What I saw challenged me to be like them. If peace finally comes to South Sudan, many women will not be tied in the kitchen”, she shares with conviction.

“We can do more and contribute to our country. We will not just sit and wait for our husbands to provide for us”, Janet concludes. A UN report states that there are over a million South Sudanese refugees who are still in Uganda, 82 percent of them are women. 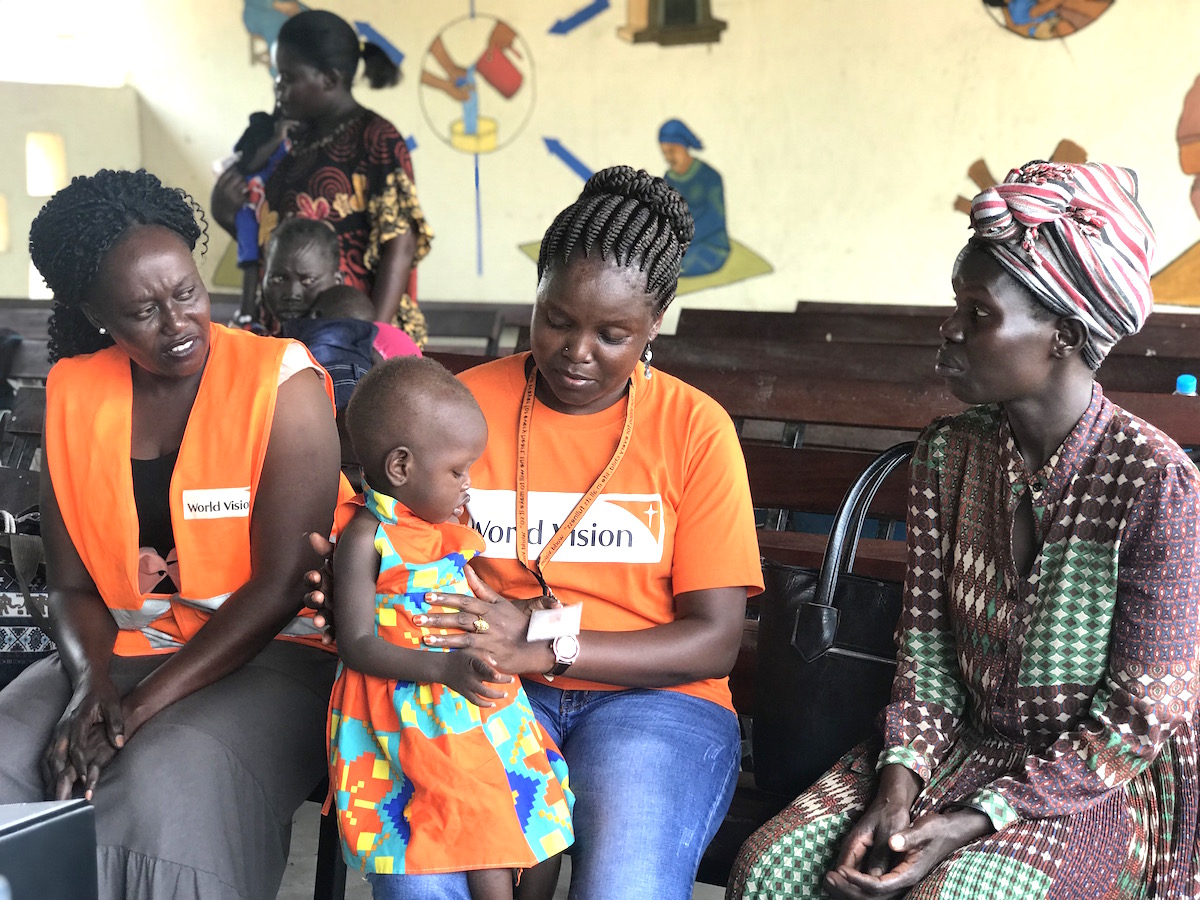