“The conflict in Baliet County, and neighboring counties, affected our attendance and concentration to learn in school”, shares 15-year old Aben.

Aben was born in Baliet County, a part of Upper Nile State located south east of Malakal County and has a population of around 48,000 people. Aben and thousands of people in the county got displaced by conflict in 2015 and fled to Melut County for safety.

“I was nine and I can still remember how we walked for several days to Melut. I witnessed a lot of children getting sick, and some dying due to hunger. I was disturbed by what I saw”, she says.

She adds, “In 2016, I tried attending school in Dingthoma 1 Primary School but my family and the teachers realized that I needed time to heal. I suffered difficulty in learning and was always behind my classmates.”

World Vision's Multi-Year Resilience Project, with support from Education Cannot Wait, introduced the Remedial Learning Program in five schools of Baliet County. The project aims to support struggling learners like Aben so they can catch up with others through remedial classes outside the regular school days.

Remedial learning focused in assisting schoolchildren who have difficulty in achieving core academic skills especially in literacy and numeracy.

In 2017, Aben’s family decided to move back to Baliet due to difficult living conditions in Melut IDP camp. “There were few people who went back. I was already 11 years old and decided to go back to school”, Aben shares.

There is a remarkable improvement in the children’s performance due to the project. I hope more children will be included in the remedial program.

She says, “The children were few in the school so they just combined us with the existing class. I started catching up on Social studies and Science, but struggled with English and Mathematics.”

“I got lucky to be selected among pupils in English and Mathematics in my class for the five days remedial learning. This helped me catch up. In the last term, I scored 66 in Mathematics and 77 in English. I became confident to ask questions and learning became easier”, Aben adds.

“Someday I want to become a doctor to support children in my community. I witnessed a child being overdosed with medicine because the mother did not understand the prescription well. I also want to become a role model to other girls”, she shares.

Yout Toung, Aben’s father, says, “I support Aben and I want to see my daughter achieve her dreams. I do not want my child to get married early like the other girls in the county.”

“The only thing I learned from my parents is farming and cattle keeping. This should not be the fate of my girl. I can see she loves learning and I will support her on that”, Yuot adds.

Yong William, Baliet Primary School’s head teacher explains, “There is a remarkable improvement in the children’s performance due to the project. I hope more children will be included in the remedial program. Forty children were included from our school.”

James Ring Ring, ECW Project Manager says, “This activity contributes to the outcome of retention and transition under Multi-Year Resilience Program since 2020. So far, a total of 134 children were reached with Remedial Learning Initiative in Baliet County.” 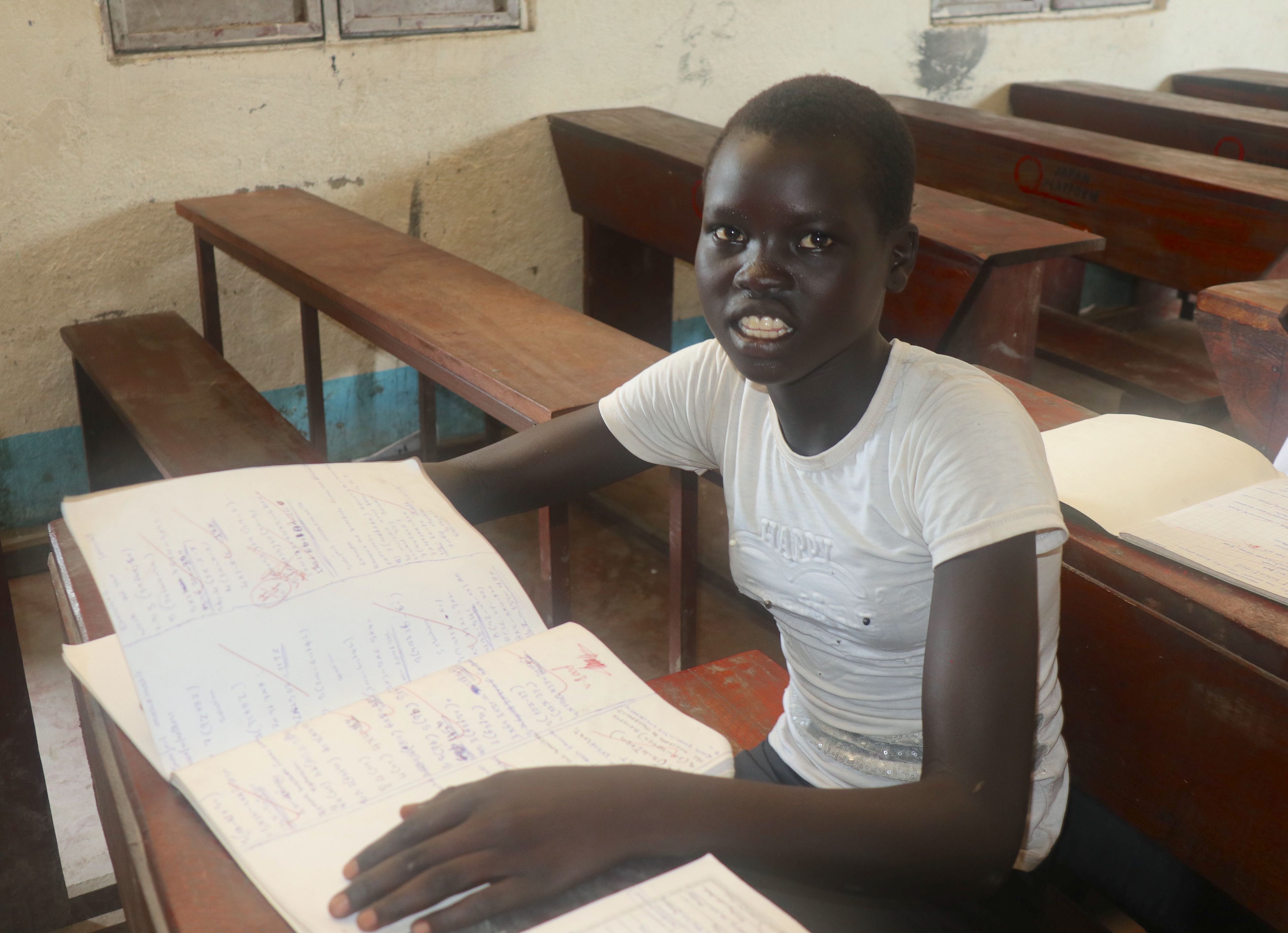