The vegetables are ripe, colorful and ready for harvest. Fifty-year-old Nyebol, a mother of eight and the deputy leader of the food security project organized by World Vision in Kodok County said they are at their happiest when working at the garden.

Indeed, it is. After the intense fighting in 2017 that drove the majority of the people in the county to nearby towns and villages, the women in Kodok despaired with what had happened in their small, quiet town. World Vision was among the very few organizations that stayed behind and supported the people as they trickled back home.

Mary Nicola, 42, expressed her gratitude for the support the garden provides for her family’s needs. “My seven children eat healthy food from the vegetables we grow. We can sell them in the market and still have a supply for our families”, she shares as the other mothers nodded in agreement.

Sixty women coming from four villages in the county actively participate in the endeavor assisted by two staff from World Vision’s Food Security and Livelihoods team. Mary proudly says, “Even our husbands are very supportive of this project.”

World Vision’s Food Security Officer Stephen Okouch has built a strong bond with the group, guiding them as they improve the way they farmed and organized themselves together. The team taught them new ways of planting and better agriculture techniques.

“We have provided them with tools and seeds to start this project, including the water pump that brings water from the nearby Nile River”, he says. The families were also provided with 150 livestock composed of sheep and goats. The tools included farm hoes, water cans, and diggers.

But Okouch credits the group’s hard work and passion in turning the once-barren place into a thriving garden. He adds, “What matters the most is their interest in making this succeed. As they sell the vegetables in the public market, all the more they realize how beneficial the garden is not just for their families but also for the whole community.”

Kodok is gradually recovering from the conflict. There are still empty stalls in the market and some houses need rebuilding but people are optimistic that the situation will continue to improve with the ongoing peace negotiations.

Nyebol finally adds that the most important impact of the project is bringing the women together and giving them the opportunity to learn and keep their children healthy. “We learned how to market and take pride that we have the income to buy our children’s needs”, she says.

Not only has the garden has formed a happy place in Kodok but a land of promise that the women hoped will spread in other villages and towns.

"With World Vision's support, the farmers are now producing enough for their own families' consumption while selling surplus harvest to the markets in Kodok, Aburoc and even supplying Malakal's Protection of Civilians Camp. This provides them with extra income for other household needs", says John Waswa, Food Security & Livelihood Officer.

The food security initiative is funded by the Office of Foreign Disaster Assistance (OFDA) and supported by the United Nation's Food and Agriculture Organization (FAO). 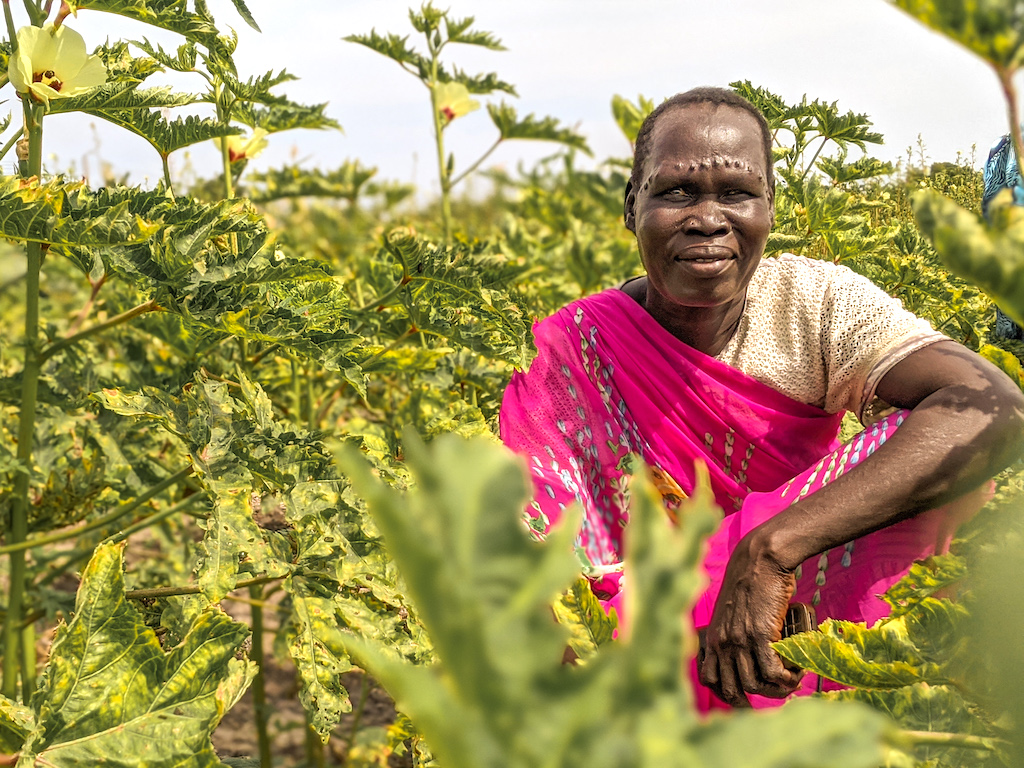