Faiza, a 22-year-old mother of three, is among the millions of South Sudanese faced with the hunger crisis. Displaced about two years ago from her home due to inter-communal clashes, her mother, a widow,  struggled to feed 14 people in the family.

“I got separated from the father of my two children during the fighting. Since then, I lived with my mother to survive. The situation frustrated me. I thought getting married was the solution. But when he got me pregnant, he also disappeared”, Faiza shares.

On her 7th month of pregnancy, she was found suffering of malnutrition due to lack of food. “Before I got pregnant, my elder brother and I support our mother with the farm work. This stopped with the dry season and I became malnourished”, she further adds.

Eleven years after its independence in 2011 that brought high hopes to people, conflict in some parts of the country drive people to hunger and insecurity.

The South Sudan Humanitarian Needs Overview recently released by UNOCHA stated that an estimated two million people, 67 percent of these are children and 33 percent pregnant and lactating women, are at risk of acute malnutrition.

Faiza was admitted in January 2022 with a mid-upper arm circumference (MUAC) of 22.7 which is below the 23 cm normal measurement. This malnutrition is a result of inadequate dietary intake of the unborn child that can result to growth retardation if not averted in time.

According to Faiza there are a lot people in their house who all share from the little food supply that they have. She shares, “I have never eaten enough. Last December, I completely lost my appetite and became weak. I feared it was over for me and the baby. The staff in the health facility told that I am malnourished.”

The biggest issue always is poor nutrition. The families, especially the displaced, have no food to eat, even those enrolled in the nutrition program.

The initiative provides ready-to-use therapeutic food (RUTF) and cereal base soya blend (CSB++) respectively. for a period of two months.

Faiza worries for her two-weeks old baby Justin. She says, “I am more worried my baby might also get malnourished. Only the CSB++ keep me nourished. I try not to share with anyone at home.”

Nutrition community worker David Kazima says, “Faiza’s situation is improving. We monitor her through the mother-to-mother support group in her community. The biggest issue always is poor nutrition. The families, especially the displaced, have no food to eat, even those enrolled in the nutrition program.”

Kazima said that often, the women end up sharing the supplies with their family members which makes it difficult for them to recover.

“I urge the government to improve the security of the villages in Yambio. We want to go back to our homes where we can work in our farms and eat well. I am grateful to World Vision for the support to women and children”, Faiza adds.

In 2021, World Vision was able to reach over 1.3 million people through its nutrition programs. Over 891,262 children under age-5, and 503,132 pregnant and lactating women, were screened and supported with the assistance of trained 317 community nutrition volunteers. 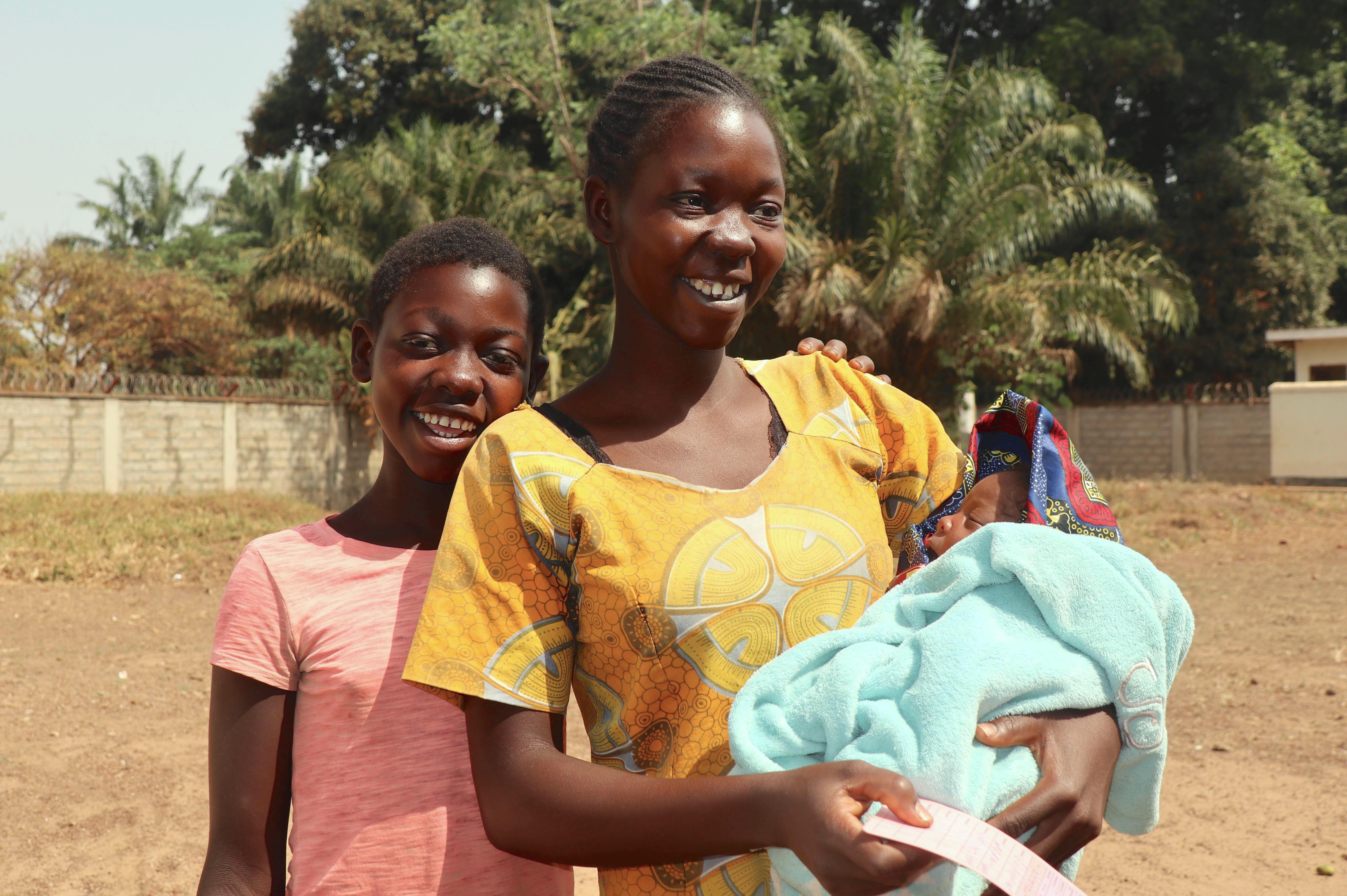