“I will continue to use my skills to help the community in the fight against polio and see to it that the virus is driven out of South Sudan”, says Anthony, 64.

Anthony Stephen is a community key informant who work as a volunteer with World Vision in Makpandu Refugee Camp in Western Equatoria State. He is a happy father of 10 children and is a teacher by profession.

“I am a teacher but I am also passionate about being a community worker, I used to teach primary three and four Mathematics and Social sciences in Makpandu Primary School”, he shares.

He felt his life was not as exciting and challenging but he maintained his teaching to keep himself busy and occupied. What Anthony had in mind that one day he will serve his community. Little did he know that World Vision will be a vehicle to answer his prayer and bring him the joy he craved for a long time.

In 2004, a World Vision staff paid a courtesy visit to Makpandu to invite people for a two-week training in Yambio. Anthony was then chosen by his community to participate due to his active involvement in educating his village and also his ability to read and write.

“At first I was reluctant and didn’t know what to expect from the training. But I decided to accept the offer and the challenge”, Anthony recollects.

Anthony eventually became a community mobilizer after that learning opportunity. He learned how to identify, detect cases, sensitize, and create awareness about polio, measles, and other diseases common in his community.

“We were given bicycles to mobilize people and monitor work in the community. Our salary was just SSP 200 (around USD5), which was a lot of money then”, he recalls.

“I stopped teaching and focused on the community mobilization work for two years until my contract ended”, he says. Out of work, he found other livelihood to support his family.

I will continue to use my skills to help the community in the fight against polio and see to it that the virus is driven out of South Sudan.

After more than three years, Anthony decided to volunteer with the USAID- funded CORE Group Polio Project. “I was just at home doing my charcoal business. The training was for free, there was no reason why I should not help and use my skills, I got back”. He expressed.

In 2011, Anthony was trained again by the project in Yambio as a social mobilizer promoting awareness to increase interest and demand for immunization and work with community key informants to timely detect and report suspected acute flaccid paralysis cases.

“What motivates me to work hard is seeing the children live healthy lives”, says Anthony.

In October 2020, Anthony was doing routine checks on the children when he came across Justine, a paralyzed toddler who was once walking and normal but fell ill. With the skills learned from World Vision, Anthony identified the baby was suffering from polio.

“Justine was weak, cannot move his feet and had high fever. I reported the case to World Vision who in turn involved the World Health Organization’s field officer”, Anthony adds.

Justine’s sample was taken, tested and it came out positive. “I kept visiting Justine to see if there were changes but to no avail. I felt heartbroken to see the baby paralyzed,” Anthony sadly says.

Anthony shares that he is extremely happy to be part of the fight against Polio. He excitedly elaborates that he will remain in history due to his good work in community mobilization and his ability to detect the first circulating vaccine derived poliovirus case in Yambio.

“I will continue looking for more cases even without pay. I get pleasure in helping the people as it brings me more joy than doing  business. I keep reminding parents that children should be vaccinated to live healthy lives”, he adds.

Rumbe Samuel, Deputy Director of the CORE Group Polio Project says, “The project has trained 1,809 community key informants in South Sudan. Anthony is among the 181 trained in Yambio to help campaign against diseases like polio, measles, Ebola virus disease, yellow fever and adverse events after immunization in their communities.”

“They play a big role in the community, saving lives of children as they identify and report the cases. This made disease surveillance effective and working in the county”, Samuel concludes. 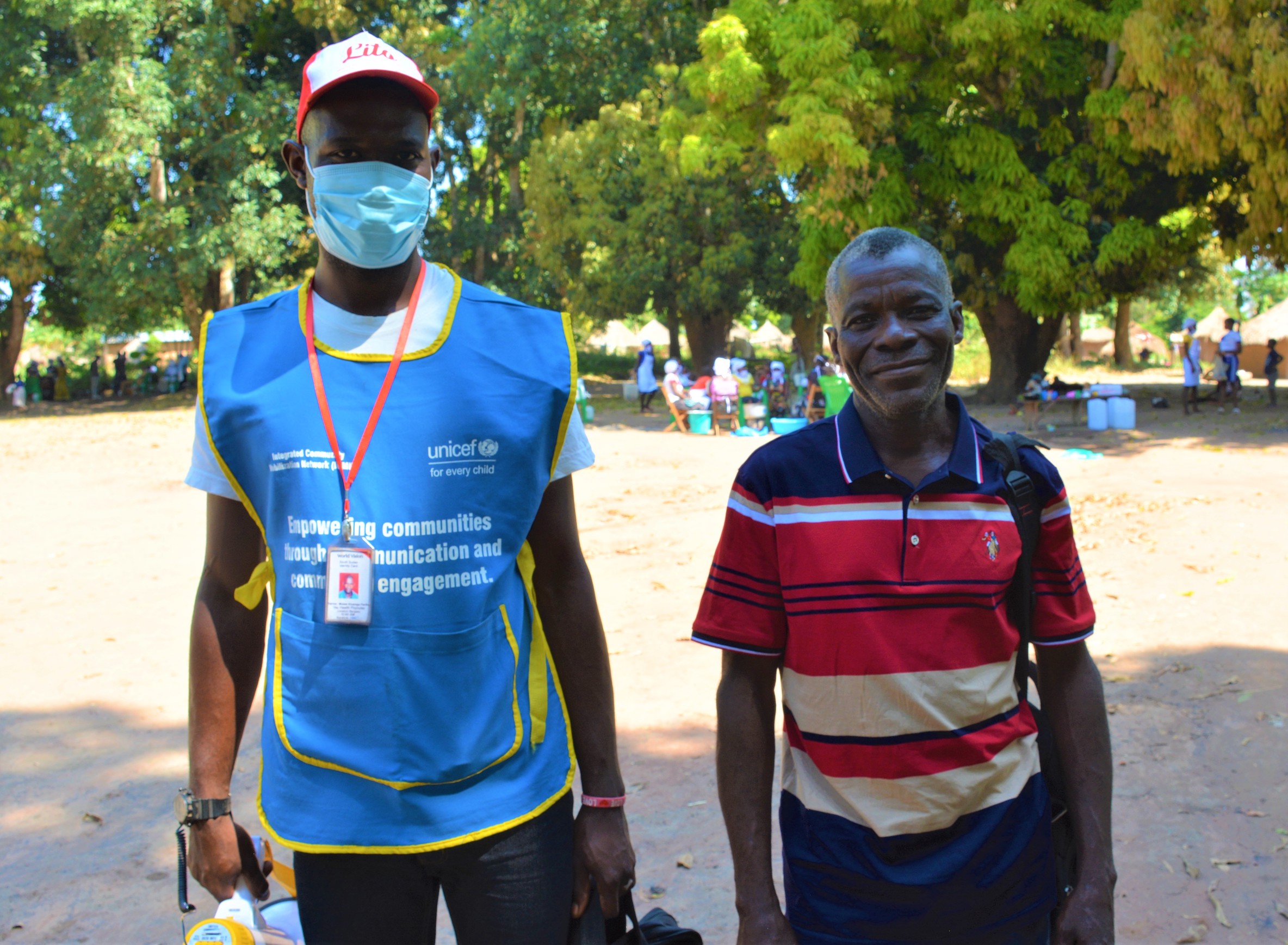