“We have the working bulls, but having an ox-plough was a difficult thing for most of the local farmers”, Longar Majok, a 41-year lead farmer in Marial Baai shares.

Agriculture plays a significant role in the lives and livelihoods of smallholder farmers in South Sudan. Millions of farmers, agro-pastoralists, and pastoralists rely on farming and livestock rearing for their food and income.

In Jur River County, a part of South Sudan’s Western Bhar-el-Ghazal State, agricultural inputs  and the market sector are not well developed, thus, most goods and services are provided for free to smallholder farmers to help them survive.

The development programs of many organizations for market-sensitive areas in South Sudan were either very little or not at all.

This was the situation helped address by the Food Security and Resilience in Transitioning Environments (FORESITE) Project implemented by World Vision in partnership with the Norwegian Refugee Council (NRC) and AVSI Foundation.

Funded by the European Union (EU), it introduced best practices approached to strengthen agriculture and local markets for the farmers’ products.

The project undertook an extensive market assessment to understand the demand and supply, sector challenges and the opportunities for all those involved in the broader market system.

Atong Mayual Akot, a 40-year old mother of seven says, “I can proudly say that things have improved more than before when we as farmers depended so much on handouts. Now we get the support but also feel a sense of ownership.”

The handouts often increased the farmers’ dependency and distorted the market to such an extent that it has become discouraging for the local traders to operate viably. In reality, the farmers can stand on their own when provided with resources and inputs.

“As a result, a strong connection was established between the traders and the farmers, a win-win situation for the farmers, traders, as well as the people”, Atong says.

“I appreciate the project bringing ox-ploughs closer. It minimized transportation costs, and the subsidy of prices through the payment of 50% was something that never happened before”, shares Akuc Majok Majok, a 39-year old mother of seven.

The project supports 515 farmers in Marial Baai County to improve food production through increased use of climate-smart agricultural technology and advisory services.

In just a year and a half since the market-based approach was initiated, the project managed to sell over 450 ox-ploughs through the dealers on a cost-sharing arrangement.

Majok further says, “This is the first time farmers in Jur River can directly buy ox-ploughs from the local dealers.” The ox-ploughs enable farmers to cultivate more acreage of land allowing them to produce more.

Majok’s group was able to pay 300USD for three ox ploughs with the cost-sharing arrangement effectively subsidizing the price by 50 percent. “The support made it easier for us to afford three ox-ploughs. I am hopeful that food production will increase to fight hunger”, Majok adds.

Majok assured it will not end with farm tools only, but can extend to other food production resources such as crop seeds. The project collaborates with agri-input dealers at a devised cost-sharing agreement where they receive a subsidy when a unit is sold to the farmers.

John Garang, a local dealer in Marial Baai happily shares, “In just six months, I have already sold 75 ox-ploughs to the farmers through the agreement. I have never sold this much quantity in my life with a huge demand and increased sales.”

The project also facilitates engagement of dealers like Garang with wholesalers to stimulate the supply and demand chain for the products produced by the smallholder farmers.

Garang says, “The commercial linkage with the wholesaler in Wau town has significantly enabled me to access a large number of ox-ploughs at one time. It also developed trust among one another.

He expressed strong belief that there is hope that hunger can be eliminated even in other counties if other partners introduce the same initiative.

Tesfu Tesfay, FORESITE Project Director shares, “In just a year and a half since the market-based approach was initiated, the project managed to sell over 450 ox-ploughs through the dealers on a cost-sharing arrangement.”

Tesfay added that this is a an achievement not just by the the project in increasing the availability of vital goods and services to smallholder farmers, but most importantly, in reducing the dependency syndrome of farmers.

“Improving the market and the relationship created between agro-input dealers and smallholder farmers is a key pathway to ensure sustainability”, concludes Tesfay. 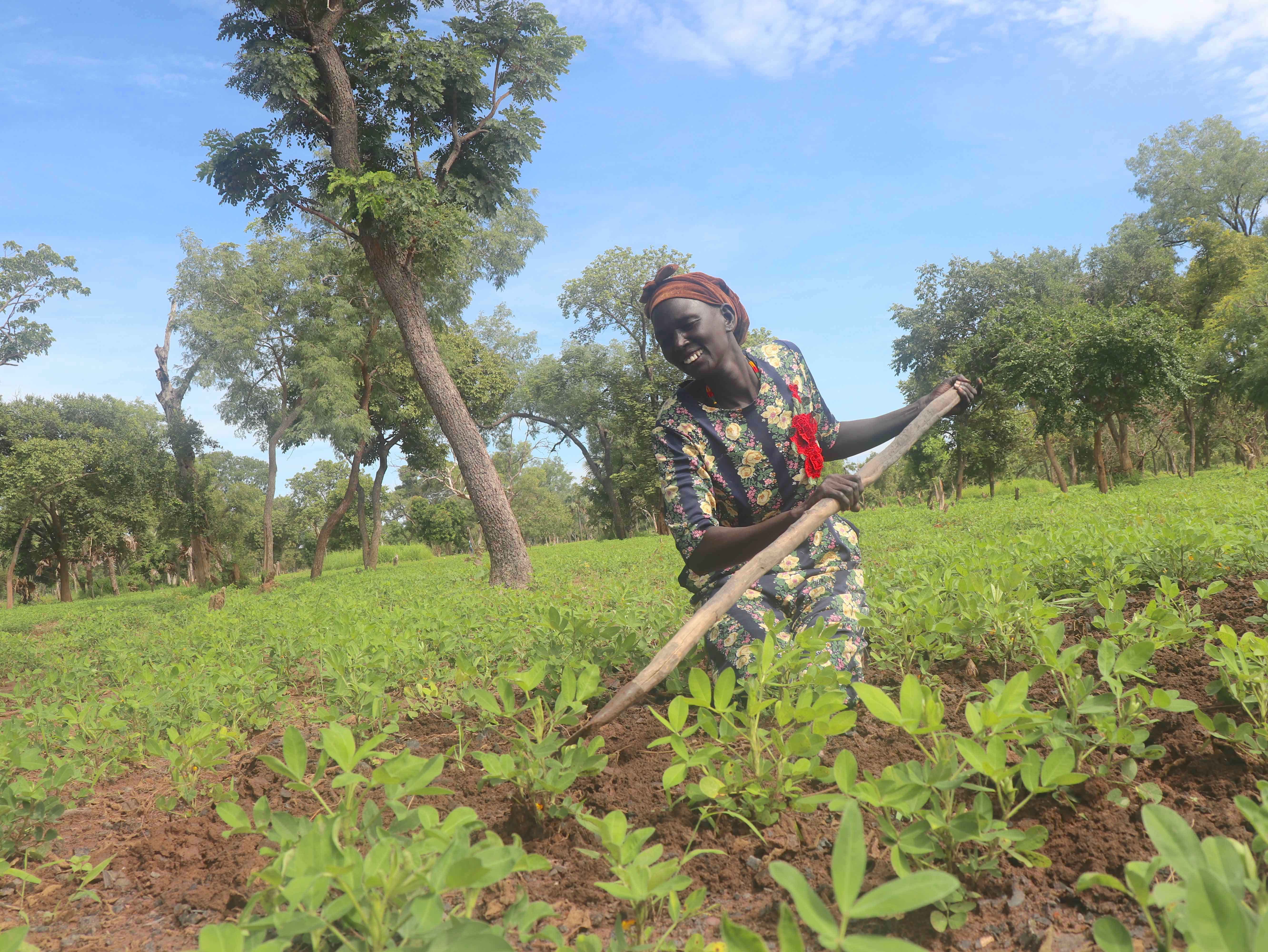