“I want to be a doctor when I grow up,” Grace said. The 10-year-old who is in primary four, is the foster daughter of Betty Meling, a traffic police captain, as well as a community leader at block seven of Rock City, an area in South Sudan’s capital Juba.

The 48-year-old proud mother of four shared her ordeal, “I started working in the police force in 2008. While there, I went through a child care training especially for survivors of rape, abandoned and orphaned children. I was the Director of the Gender and Special Protection Unit at Malakia Police Station until 2015.

She recalls, “During the seven years of my service at Malakia Police Station, I received 29 children whom I handed over to the Orphanage and Confident Children out of Conflict (CCC) Center. These children were picked from the Konyokonyo public market, at the rubbish pits, and the cemetery.”

In February 2010, Betty received yet another abandoned baby at the police station, which changed her life. She shares, “The baby was pale and ill when I first saw her. I took her to the orphanage as well as CCC but was turned down due to her health condition. They feared the baby wouldn’t survive.”

With faith, Betty took a bold decision to take care of the baby. “I said to myself, I am taking this baby home to take care of. If anything happens, God knows I did my best to help and raise her”, she says.

Fortunately, God answered her prayers. With love and care, the baby recovered. “God has been faithful to me. I named her Grace Kiden Oliver. By that time my children were all grown and married. Grace became my child and I told people she is my last-born”, she adds.

World Vision works with different women groups in its Juba Urban Project raising awareness on the protection of children and their rights in different communities. Betty was among the 282 women reached with psychosocial support messages, dignity kits, and livelihood empowerment.

She adds, “Working hand in hand with World Vision especially during this time of COVID-19 has saved many children from child labor as well as early marriage. I am excited that the protection team come for a visit from time to time to remind parents about the rights of children in society”.

Working hand in hand with World Vision especially during this time of COVID-19 has saved many children from child labor as well as early marriage.

As a community leader, Betty takes the initiative to mobilize and reach out to schools to raise awareness on the rights of children, as well as their needs, such as the right to food, shelter, medicine, and even the support for survivors of rape and those abandoned at birth.

Betty says, “It is wrong to keep silent about the plight and rights of the children. This is also a sin against God. I am happy to tell you that I have observed that the practice of abandoning children has been reduced because of our joint efforts”, Betty shares.

She adds, “The year 2017 was yet another year of abundant blessings to my life. I received two male children, both were brought to me in July. The children were malnourished and they had brown hair and had swollen bodies.”

“One of the boys, Michael, if you press his leg at that time, you would see a muscle depression on it. It could take time before the muscle stretches back to its original position. I took them to one of World Vision’s nutrition sites and they were checked and provided with their needs. Today, they are healthy and happy”, Betty shares.

Currently, Betty takes care of eight children. Four of whom are not with her at home but are in the process to being handed over to her for adoption. “Every child has a right to education and that is why I decided to send them to school”, she expresses.

Just like any other parent, Betty is working hard to secure for her adopted children some plots of their own so that in the future they will be able to live in them.

“I do not want my children to go back to the streets when I die. I want to secure for them plots where they will be staying in future”, she says, and adds, “I will counsel them when they grow up before telling them the truth so that they are not left in the dark.”

Malish Clement Jacob, Protection project Coordinator says, “Working with the women groups and engaging them in community-based child protection networks helped World Vision in identifying children with protection concerns for case management in addition to provision of alternative care to those who lack appropriate care like what Betty is doing.”

For the children and the people who have seen Betty’s initiative in the community, she is a hero. 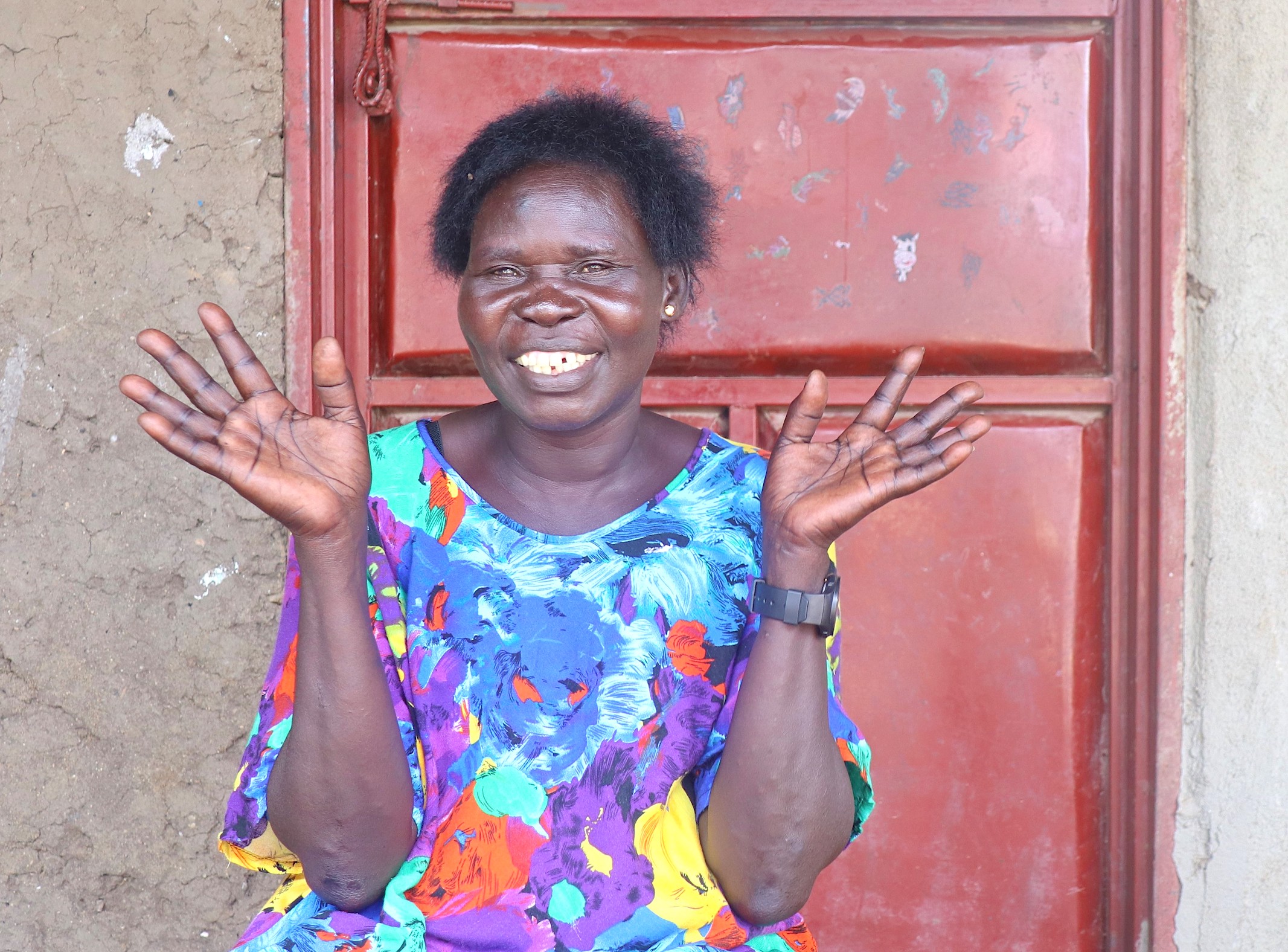