“Every mother cooks but not everyone knows how to cook nutritious meals for their children”, says 35-year-old Larach Patience, a mother of five.

During a cooking demonstration in Khor Romula Nutrition Center, 17 mothers participated to learn how to prepare different kinds of healthy meals for their children. The activity is conducted monthly in all the 15 centers that World Vision supports.

Due to the COVID-19 pandemic, only 10-15 mothers are allowed to participate in the cooking session. To encourage active participation, awareness messages are delivered to the women in the communities. Strict personal hygiene are being observed during the food preparation using clean water.

The nutrition education session includes food grouping, the importance of food groups to the body, preparation techniques for vegetables, meat and others, food presentation. The trained mother-to-mother support groups, along with the nutrition workers, lead the cooking session.

Hygiene awareness is emphasised in cleaning utensils and drying, vegetable washing, and when cutting them. After all the ingredients are prepared, the food preparation follows which include cooking time. Most mothers overcook vegetables which requires only a maximum of 15-20 minutes to prepare.

Mothers were also taught to ensure that the food they prepare is nutrient and energy dense. For example, adding peanut butter to a vegetable increases its energy and nutrients. Preparing healthy desserts such as fruits and salads is also part of the final session, after which the participants enjoy the food they have cooked.

Most of the time, the menu planned during the activity represent all the food groups such as:

Larach shares, “This is the first of its kind for me. Our children suffer from malnutrition not just because of hunger but due to lack of proper nutrition in the food that we serve them. I learned that many mothers like me strip the food of vitamins due to over-cooking.”

Komakech Mandela, World Vision’s Nutrition Coordinator for Juba Urban Project says, “In South Sudan, the Food Security and Nutrition Monitoring System (FSNMS) Round 25 Report stated that only four percent of the children eat the minimum acceptable diet and only 25% of households are able to consume more than five food groups countrywide.”

“Majority of people cannot afford to eat all the meals in a day and different variety of food. With the onset of Covid-19, flooding, conflicts among other burdens the situation is likely to have worsened”, Mandela adds. Perina Albino, 31- year-old mother of three, shares, “The harsh economic condition brought by conflict and the COVID-19 pandemic in the country has left young mother unable to feed their children.”

“My neighbor left behind her two-year-old daughter Mariam, saying that she looks ugly and thin because of malnutrition. I decided to take care of the baby and brought her to the hospital for treatment using the peanut until she got better”, Perina says.

She adds, “More mothers should learn how to take care of their children even with the little resources they have. This cooking activity has been very helpful to us in preparing meals for our families.” 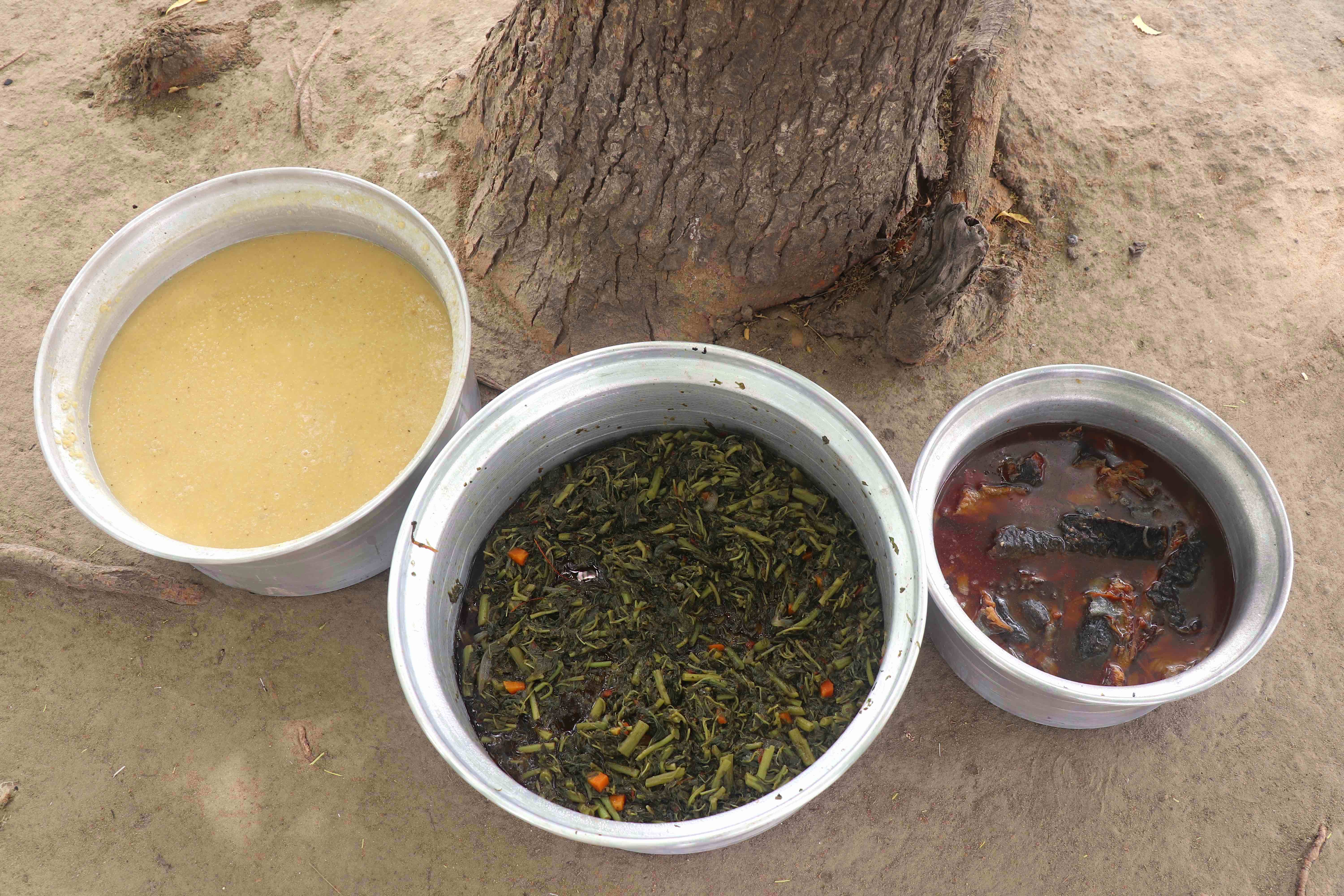 The groups also trained volunteers in the community that serve as caregivers of children on recommended feeding practices. “Every child deserves to live a healthy life. I urge mothers not to be ignorant in raising their children, ensuring their good health,” Larach says.