“We did not believe in the project at first. All I wanted was to receive the food assistance”, says Aluk Akot, a 47-year old widow in Tonj North County and a mother of eight.

Gradually, the determination of the World Vision staff won over the community’s skepticism. “With their persistence, we slowly realized why we have to learn to be self-reliant instead of depending all the time on the monthly food ration”, Aluk shares.

Over 49,000 people, among them Aluk, were being supported with 1,699.17MT of food assistance by World Vision in partnership with the World Food Programme (WFP). This is part of the Food for Assets Project covering the counties of Gogrial East, Tonj East, and Tonj North.

World Vision organized the project management committees to help in monitoring and mobilizing farmers. Aluk was glad they took the challenge and started to attend the training and field demonstrations. While rehabilitating their existing agricultural assets, the food assistance helped them feed their families.

Warrap Zone’s Food Assistance Manager Ekra Komenan shares, “The Food for Assets Project has been instrumental in addressing the communities' immediate food needs while at the same time build their capacity to face future shocks such as natural disasters through training and assets creation.”

Aluk is part of the group of 25 farmers, each owning one feddan of land, and working together. “Working in a group encourages us. By applying what we learned, every member now harvests up to seven bags of groundnuts at 50kgs per bag”, she shares.

I am excited that women are given the opportunity to learn new skils, earn income and take care of their families. For us, it is an achievement.

According to her, they are able to sell a bag at SSP15,000 (around US$30) each during the peak season. In every harvest, they save one bag for next planting season and another bag for consumption.

“I worked hard for the sake of my children. Since my husband died, I am the only one who can support and raise them”, Aluk shares and adds, “I was broken into pieces when my two sons died in the communal conflict. But I cannot let the rest of my children starve so I gathered the courage to move on.”

Aluk said that she has learned and benefited a lot. “I have never seen people who push so hard for someone else to make it in life like what the World Vision team did. I am so grateful for the skills I gained because in the end, it is for our own good, as well as  for the communities.”

Local traders in Aluk’s community get goods from Warrap town, while traders in Warrap town get goods from Khartoum-Sudan. She says, “It has been tough for most people who depend on buying food from the market because of the economic condition and COVID-19 which caused a hike in prices early this year.”

She adds, “Most traders stopped selling food in the market caused hunger among many families. This gap was filled by the project. Our families never run out of vegetables, and sorghum, which is our staple food.”

Akon Cidhou, a mother of nine who is the chairperson of the committee, says, “I am excited that women are given the opportunity to learn new skils, earn income and take care of their families. For us, it is an achievement. We appreciate World Vision empowering our community”.

Komenan added that the project targets to have at least 60 percent of the women in the community to be involved in the project. “It is important for us to empower women.” 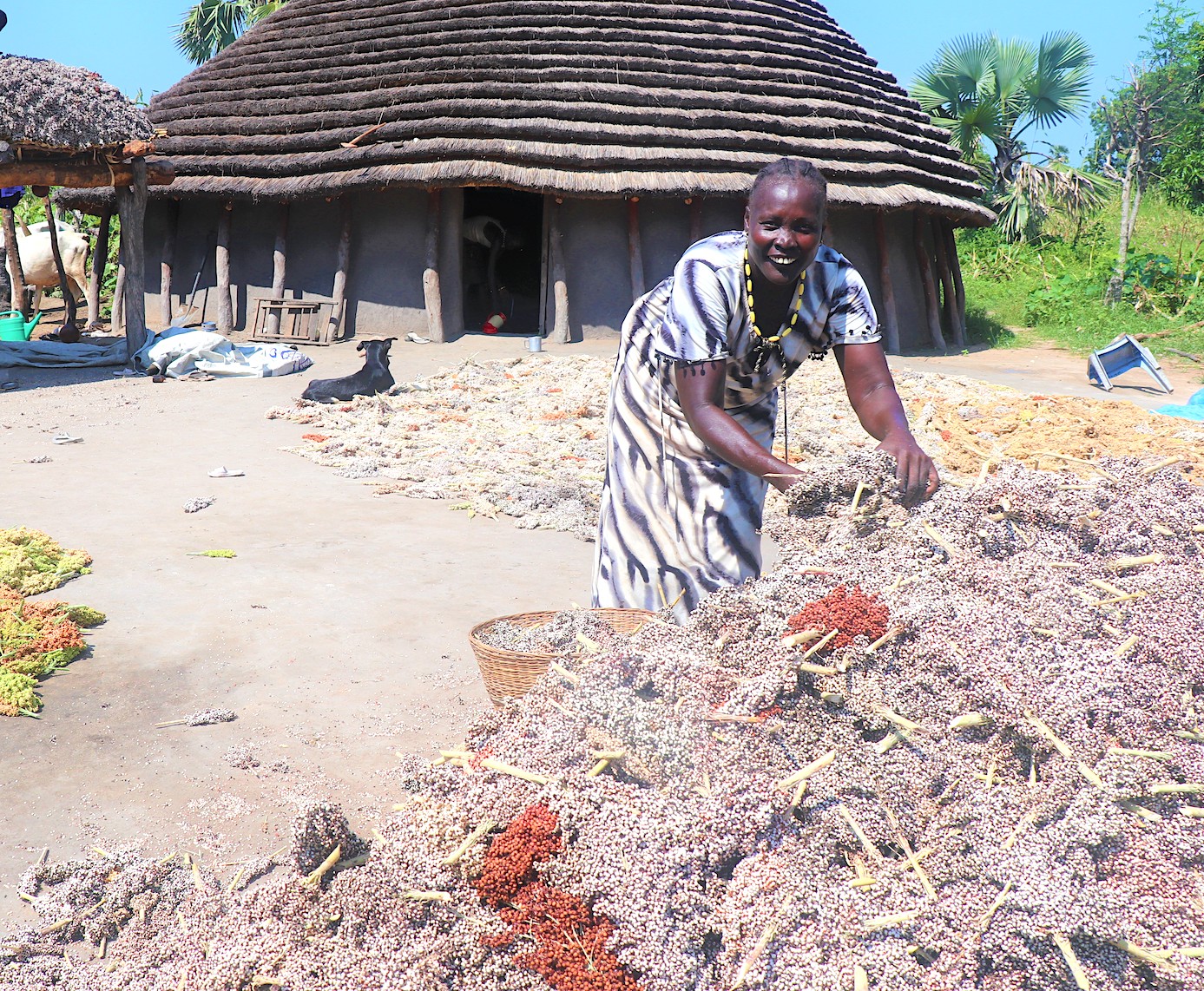