“When I left Syria, I felt my heart break. My eyes started watering, and I could not stop crying,” Feras* recalls how he felt the night he left in 2011, just as the war was unravelling.

Feras and his family are among the Syrian families who frantically searched for a safe shelter during the Syrian war. He and his seven children joined more than 3.5 million other Syrians in Turkey. It was the perfect place being close to the Syrian border, it enforced Feras’s hope of returning back when the situation calms down. Little did he know, he will be spending eight years far from the motherland.

As the family settled, Feras felt a lot of pressure [trying to provide for the family]. ''We could only rely on the monthly humanitarian support,” he tells. He is not the only refugee or displaced person to depend on humanitarian support during a crisis. In Syria alone, more than 14 million people are reliant on relief agencies to ease their suffering; however, as funding decreases, people’s needs can barely be met. Shortage of funding is a serious challenge organisations are facing as they try to support families like Feras. As a result, the same hope that drove Feras to Turkey encouraged him to risk going back to Syria. Even if it meant not knowing what was waiting on the other end.

In 2018, Feras and his family arrived in their hometown. Seeing his home after years made him realise how fortunate he is to live in his old home. But this is not the reality for most Syrians whose homes are destroyed leaving millions without a proper shelter. Feras remembers the way he felt on that day, “when I arrived, I felt pure joy, I forgot what I went through in Turkey as soon as I saw my village”. Once this feeling wore off, Feras began to notice the drastic condition of his home. “It was abandoned for a long time [almost a decade], so the walls were cracked. As soon as I came back I started repairing it,” he shares.

Luckily, he could improve the house with the bit of money he had which meant a significant financial strain on him. To alleviate his family’s situation, he re-opened his own carpentry shop after closing it when leaving for Turkey. He tried to keep it running for three years before realising that people are more concerned about clean water and other bare necessities. This led to the shop’s final closure leaving the family without a source of income. Burdened by the rising living expenses in Syria, the father started noticing that affording water is becoming a luxury as well. 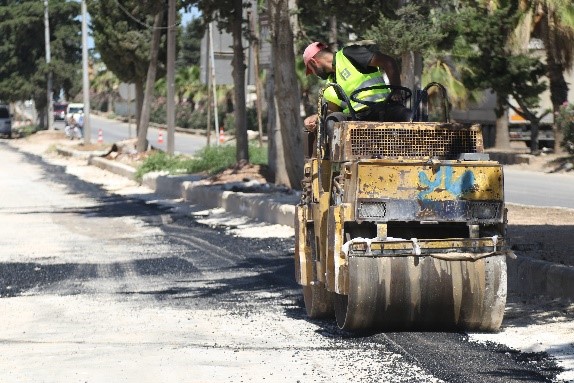 “The water tank costs approximately US$ 2.51 and I need four tanks monthly. This is too high of a price to pay for people who cannot afford it,” he shares. This left the father thinking about ways to provide water for his children. Thankfully, a water trucking project was being implemented through funding from the Bureau for Humanitarian Assistance [BHA]. The project’s main focus was the provision of clean water to vulnerable communities in Northwest Syria.

Through our partner’s dedication and hard work, we were able to reach 65,200 people like Feras and his family. After years of water scarcity, Feras goes to check the tank once in a while, feeling grateful for its availability, “we had not seen this amount of water for three maybe four years. The water even reaches the tank which is on the third floor,”  he shares happily.

*Name has been changed to protect identity.