Hundreds benefit from cash for work done in refugee settlements in Uganda
By: Derrick Kyatuka, Communications Officer, West Nile Refugee Response The civil war that broke out in South Sudan in December 2013, saw thousands flee to northern Uganda for refuge. While they are safe from the roaring guns and tribal conflict, life as a refugee can be quite daunting. They left everything familiar behind and have to fend in a new land as vulnerable people.
Read More

Lina found her hope in the stroke of a paint brush

By Aggrey Nyondwa Kikobera and Derrick Kyatuka-Communication Officials for World Vision in Uganda The ravages of war, the...
Read more

Building the self-reliance of refugees and host communities

Reflections from the UNHCR Global Refugee Forum By Richard Rumsey, Global Sector Lead for Livelihoods As a...
Read more

Alice Joan; the hero in a sick child’s story!

by Aggrey Nyondwa Kikobera, World Vision Communications official, Uganda Being a refugee as a child is tough; growing...
Read more

In response to the increasing numbers of refugees worldwide, the international community will be gathering at this...
Read more

Sitting in front of her mud-walled house, covered with a thatched roof, Mathilda, a mother of 6,...
Read more

Children Use Debate to Foster Peaceful Co-existence in Omugo Settlement

By: Derrick Kyatuka, Communications Officer, West Nile Refugee Response. At exactly 9:30 am pupils from the Ambassador of...
Read more

More than half of the 1.3 million refugees in Uganda are youth who were forced to flee...
Read more

Kitchen Gardening; A New Innovative to Supplement Food Rations Among Refugees in Uganda

“Food is now the least of our problems," says Everest Gato, a jubilant farmer and refugee from...
Read more

World Vision’s rights-based approach to our work with Rohingya refugees is rooted in our faith. We believe that...
Read more

World Vision in Uganda joins the rest of the world in celebrating International Peace Day 2019, under...
Read more

Leading from the frontlines in the Rohingya refugee response

“Refugee children and their families are front and centre of everything we do. Let’s never forget this,”...
Read more

Two years ago, 740,000 Rohingya people their homes in Myanmar to escape violence and persecution. Carrying little except...
Read more

What it means to be Rohingya

The Rohingya are an ethnic Muslim minority from Myanmar. Before August 2017, the majority of the estimated...
Read more

For me, working in the Rohingya refugee response is about renewing hope. A hope that was lost;...
Read more

Refugee Crisis in the Sahel - Escape for Peace

"There is nothing more hopeless than not knowing whether tomorrow your children will have something to eat...
Read more

Working together for refugees: not exactly what you think it is

By Colin Dyer Cover Photo: There are 80,000 people living in Za'atari Refugee Camp in Jordan. Many...
Read more

Faith and fragility: Our calling to do more in dangerous places

On World Refugee Day, Andrew Morley looks at what it means to bring light to the darkness...
Read more

Open our eyes and minds to refugees; a faith perspective

How do Christians stop from shutting ourselves off to the needs and stories of the world's refugees?
Read more 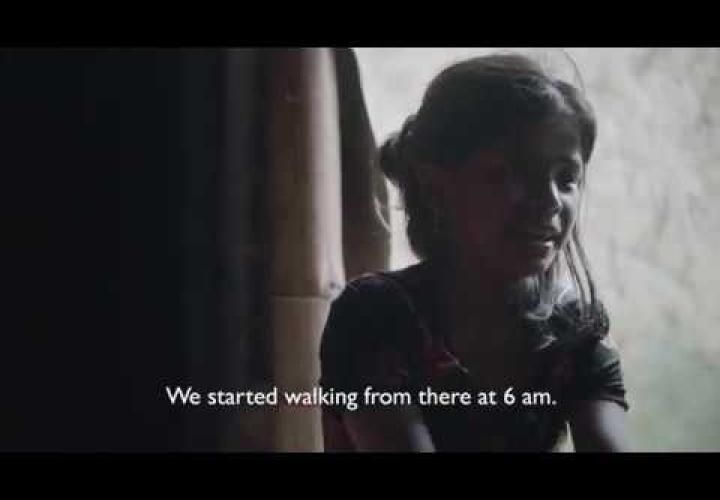 Life changed for Nur when the violence broke out in Myanmar and her family fled to Bangladesh. Despite...
Read more

Walking the long road from Venezuela together

Ummah, 8, is happy that she no longer has to spend her days collecting firewood, thanks to the...
Read more