When playing together without the supervision of adults, children face considerable threats of injury or even death.

Being born in the windy and sunny region of Thanh Hoa, Khanh (Quan Son district, Thanh Hoa province) had in him all representative characteristics of sea people: healthy, happy, and effervescent.

Khanh's parents often complained to his teacher that they did not see Khanh studying at home. But Khanh was actually a very hard working student who always tried to finish all his homework during the recess. This habit saved him time and allowed him to help his parents out with house chores or read a few more pages in his free time.

Heartbreaking Consequences of a Children’s Game

One day in late 2013, when climbing trees with his friends, Khanh accidentally fell from a ten-meter tree. His head smashed against the rock. Blood spilled out from his ears and nose. His face was distorted. He fainted. The emergency process in the district and provincial hospitals did not lead to positive outcomes. 20 days after the accident, Khanh was still in a deep coma.

“It would be very difficult for Khanh to survive. If he lives, he will only be in a vegetative state,” declared Khanh’s doctor in Ngoc Lac general hospital (Thanh Hoa province) when his brain did not respond to any medical intervention for a long time.

After receiving the doctor’s diagnosis, Khanh’s family was speechless. His poor and hardworking parents had sold everything they owned and borrowed some money from their relatives and neighbors to pay for the hospital fees. Now that hope seemed to be so far away, they could not help but feel stunned and desperate to tears. Khanh used to be the family’s hope and “saving”.

Khanh’s case is not rare. According to the Ministry of Health (2017), during the 2010-2014 period, there were approximately 580 child injury cases per day on an average, significantly higher than other countries in Southeast Asia and eight times higher than developed countries. Child injury is indeed the primary cause of child disability and can leave consequences for a lifetime.

Among all causes of child injury, “falling” is often not categorized as having a high risk of death. However, some “falling” cases exceed the human resilience, becoming a major burden for health facilities, families and communities (WHO and UNICEF, 2008).

Deciding not to give up though hope was fragile, World Vision always stood by Khanh’s family throughout his journey at the hospital. The organization connected Khanh’s parents with local authorities and competent healthcare professionals to find a way to save his life. Not long after that, Khanh was transferred to Viet Duc hospital in Hanoi.

With a timely and suitable intervention, Khanh woke up not so long after his admission to Viet Duc hospital. Although the journey ahead is long, his parents and those who care about him could finally feel partially relieved.

After his health became more stable, Khanh was transferred to the Children’s Hospital for a short time before starting the rehabilitation in Sam Son commune, Thanh Hoa province.

Throughout the course of treatment, Khanh's family was never alone. World Vision has joined hand with the community to pay for Khanh’s medical and rehabilitation expenses, as well as keeping their family’s spirit up.

Six months after the emergency, Khanh could finally return home in an immense joy of his family and the whole village. It was an incredible miracle even to his parents.

Khanh’s parents did not have to sell the house - the only property left. They received breeding goats, participated in cultivation training, and joined saving groups to improve the household economy, sustain their life and take good care of Khanh. The money they got from selling goats was spent on Khanh’s follow-up examination and rehabilitation. 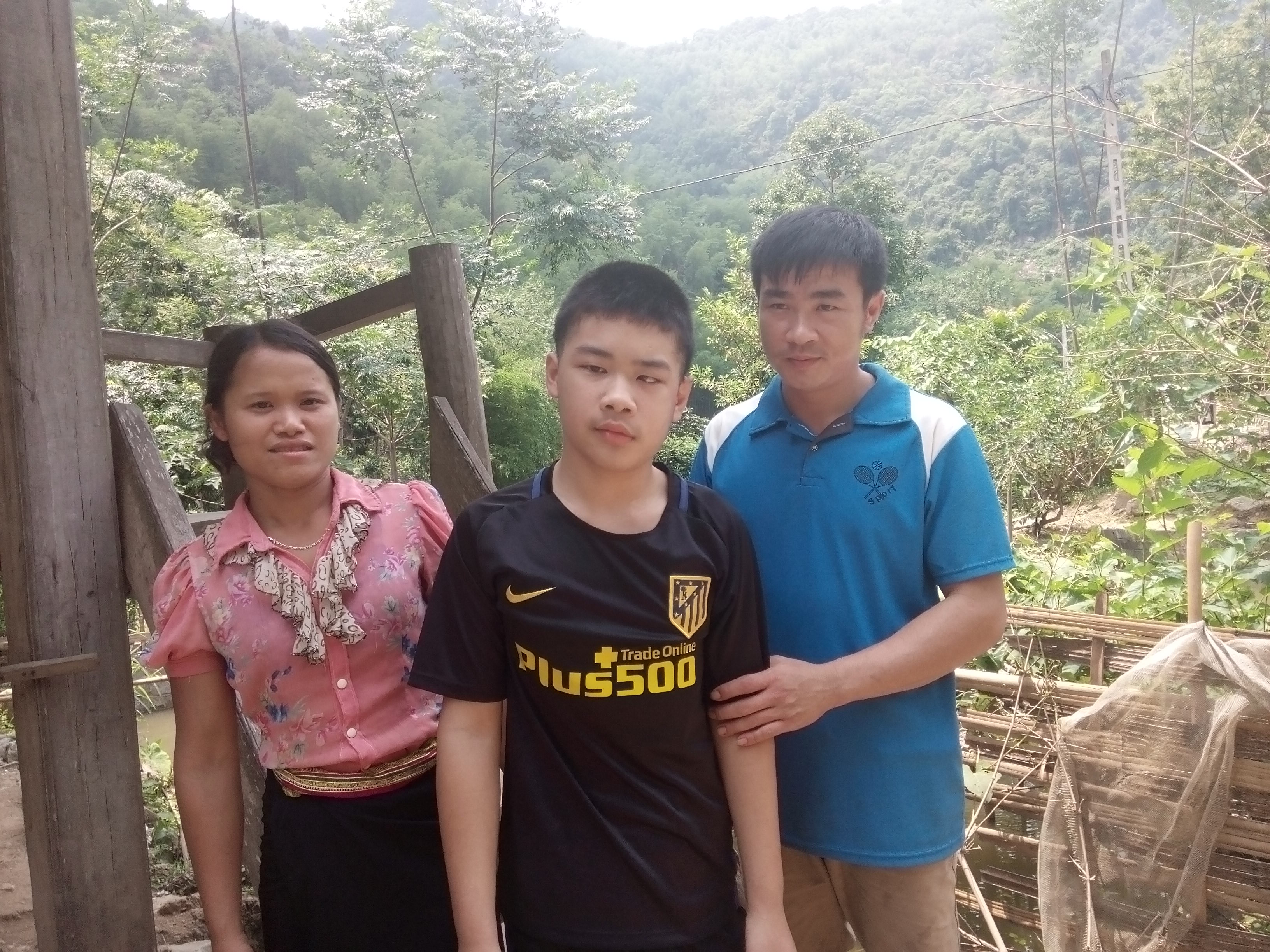 After more than three years of treatment, Khanh is now able to stand up by leaning on the wall and go down the stairs to get to the yard. Khanh could make basic mathematical calculations quickly and accurately. He has a radiant smile on his face again. 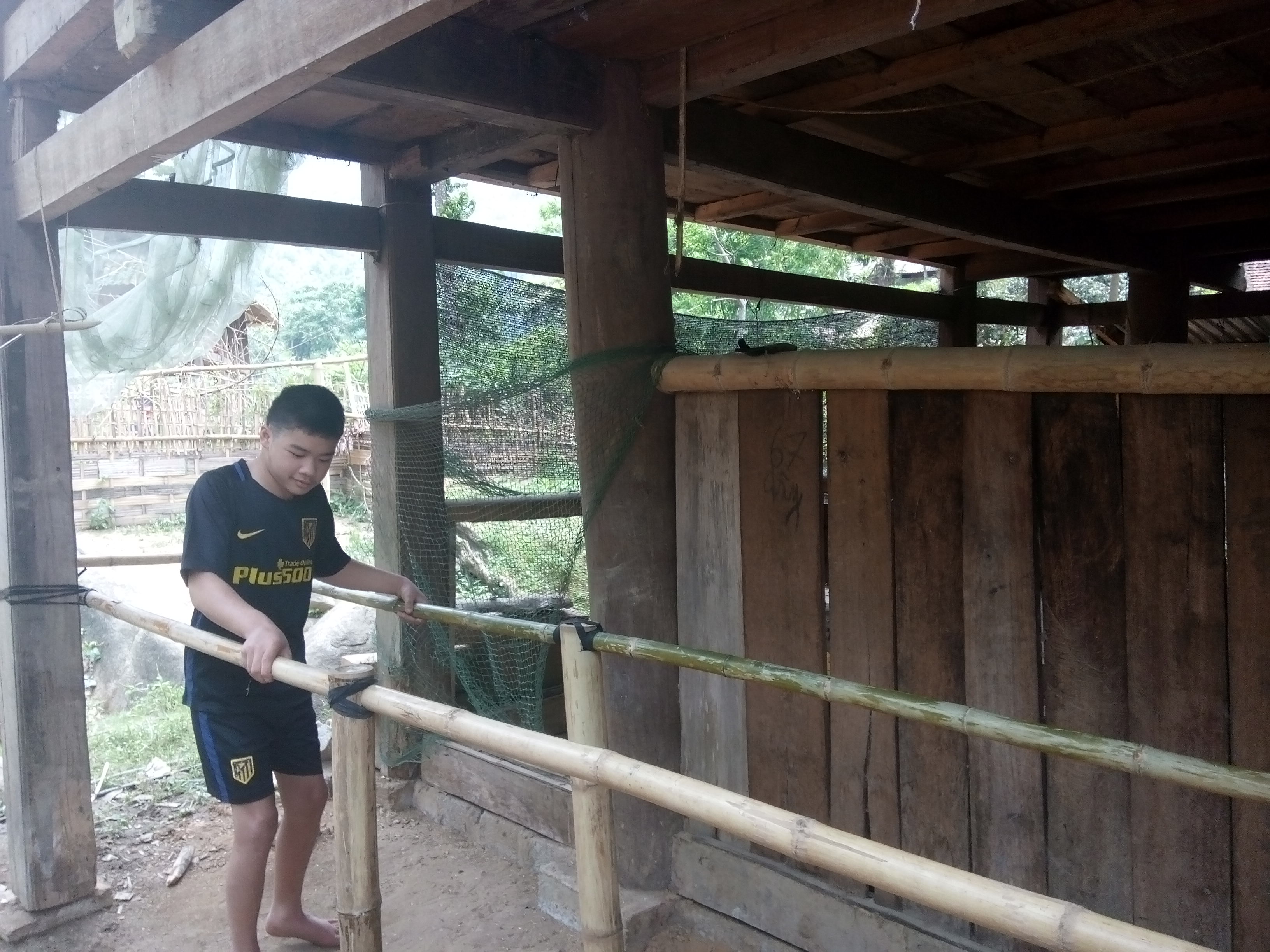 When recalling a hard time, Khanh’s parents still cannot believe in the miracle that occurred to him.

When asked about his dream, Khanh's eyes glowed. He grinned and said: "I want to recover quickly to go back to school with my friends.”

Although Khanh has not fully recovered yet, friends in the reading club often visit him, play and read with him.

"I am delighted that friends come to my house to read with me. Friends, neighbors and World Vision staff, everyone cares for me and gives me strength.”

Khanh is about to recover completely. His parents had a foundation for sustainable economic development. Although Khanh's healing path remains long, the thought itself about the goodwill that has been expressed towards his family, especially in most desperate moments, can warm up anyone’s heart. What Khanh and his family achieve today is the miraculous evidence for the strength of a community united for children.