Sivann,11, is a student in grade 4. Due to a low standard of living, her parents used to practice migration for work. It was a big challenge for Sivann and her brother who needed to go to school.

When we met her, she was playing with her year-old brother beside the community’s new drinking water station. The tanned girl ran around a motor-cart which is used for transporting the drinking water to the village. Sitting on the cart was her father, 43-year-old Rith, who told us of his previous experience fetching drinking water.

“My family used rain water for drinking, cooking food and cleaning. If we ran out of water, the villagers and I fetched more from a borehole about 300 metres from home,” he said. 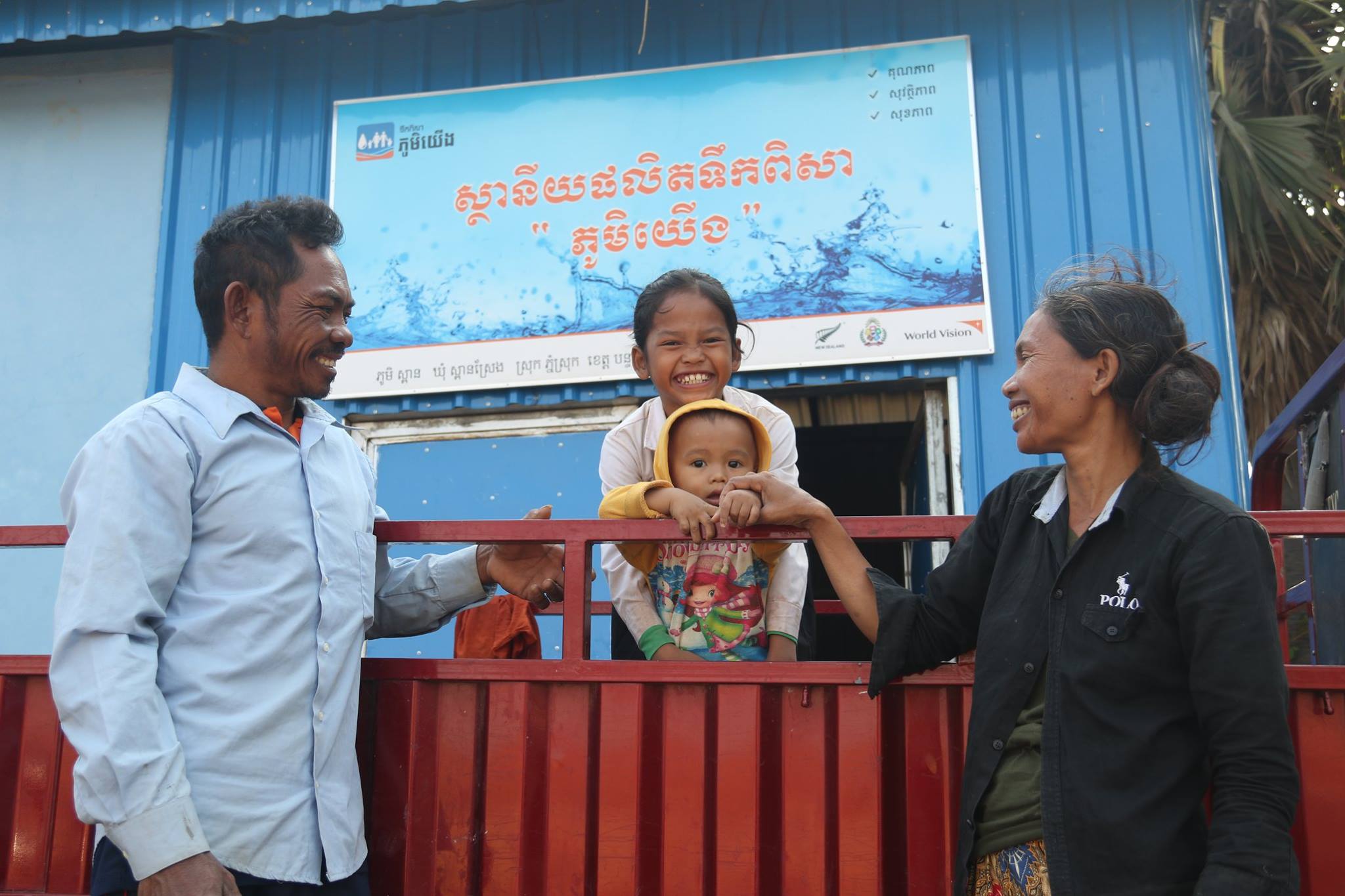 The father of three also shared another story about his community, where children used to die because of unknown reasons, and some died from diarrhea or gastroenteritis due to insufficient clean water and the absence of health centre services nearby.

According to an online commune survey in 2010, only 42% of families in Banteay Meanchey regularly filter or boil water for drinking, and 67% of families are reliant on drinking water from unsafe sources during the rainy season. According to the Cambodia Demographic and Health Survey 2014, 30% of children under age 5 had diarrhea within two weeks of the survey.

Since my father was selected by World Vision to be a station operator, I feel happy.

Sary, Sivann’s older brother, had severe diarrhea when he was 3 months old, at a time when the family had no money. “I had to bring him to a referral hospital in Kralanh,” said Rith. Kralanh hospital is about 15 kilometers from his home. It was difficult to reach the hospital since the road was extremely muddy and bumpy.

To address issues such as this, World Vision’s community and school Water, Sanitation and Hygiene project (WASH) was introduced. It targets to impact 258,000 community members and 7,500 children’s lives.

WASH aims to increase access to improved and sustainable water sources in target communities and primary schools; increase production and availability of low-cost pure drinking water through water retailers; and improve knowledge on sanitation and hygiene in the communities through Community-Led Total Sanitation (CLTS), sanitation marketing and mobile technology. 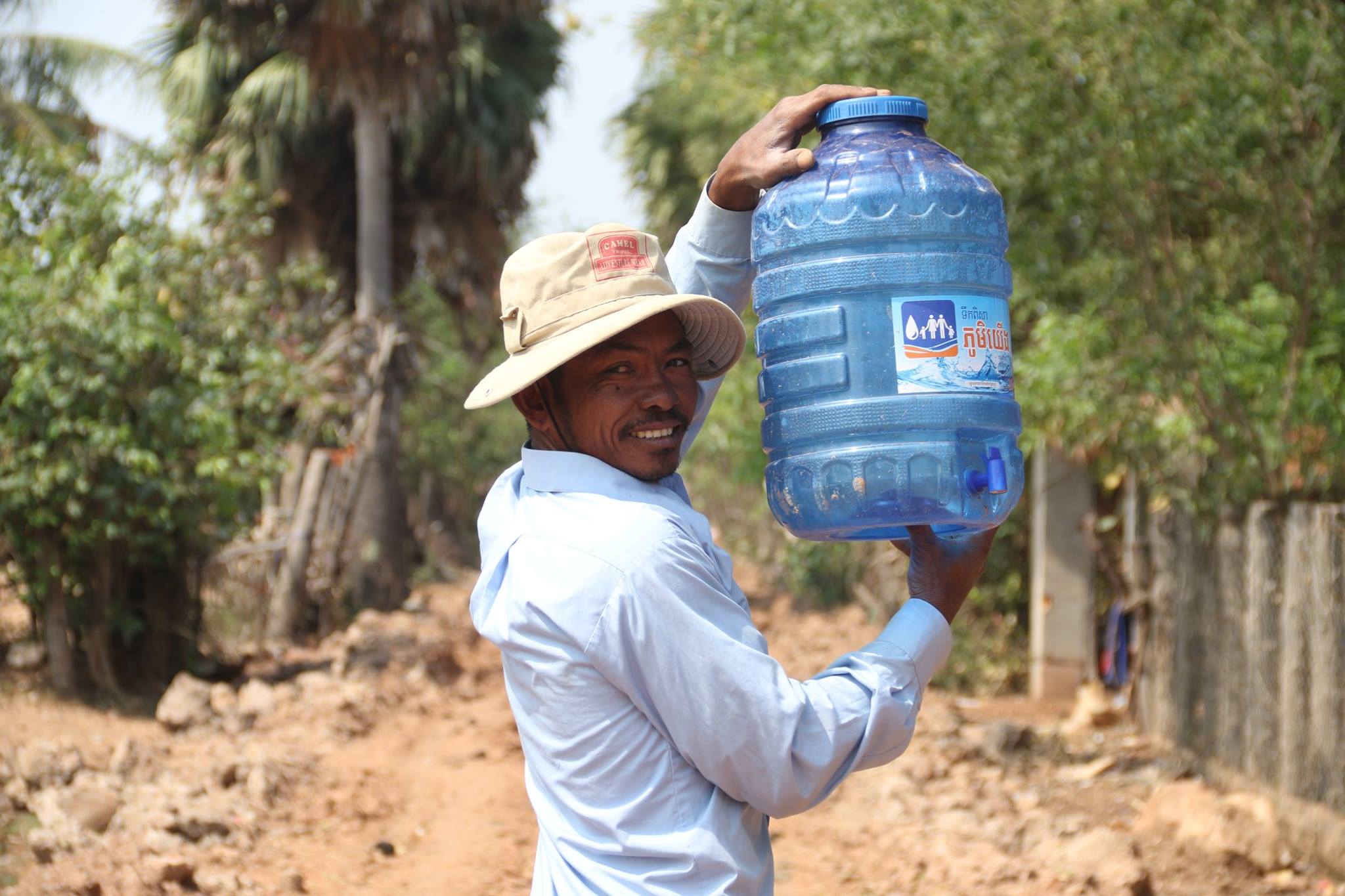 In June 2017, Rith started to engage in project activities. Through training, he was introduced to water treatment awareness and volunteered to join a committee of three for the drinking water station.

“Since my father was selected by World Vision to be a station operator, I feel happy because my brothers and I can live together with my parents in the village. He now has enough money to support my schooling,” said Sivann.

Working at the safe drinking water station has allowed Rith to make 75 US dollars per month with some extra allowance. His team produces around a hundred 20 litre bottles each month. The drinking water is sold at a low price of 1500 riels (0.38 US cents) per bottle, to guarantee that families living in poverty can afford clean water. It is available to three villages.

“I want to see my all friends having pure water to drink, and I hope my parents will eventually be able to build a house of our own,” said Sivann.

Now that her parents are earning a small income, Sivann and her brothers no longer move away from the community or have their schooling interrupted. She dreams of being a teacher one day.

The Banteay Meanchey WASH project is made possible with the support of the Ministry of Foreign Affairs and Trade (MFAT), New Zealand.