“Once, I suffered from bloody diarrhea for three days and three nights in a row. I was eleven then and was extremely scared that I will die and leave my mother forever,” says Sophea, a 14-year-old from Svay Chek district, rural Banteay Meanchey province in northern Cambodia.

Sophea lives with her mother and her 11-month-old brother next to her grandmother’s house. All of them share a toilet behind their houses. Like most in the area, the two households had to share their toilet for a short time.

Before the latrine was installed three years ago, the family defecated outside, close to where they lived or in the bush. Meanwhile, the other villagers did the same thing and they usually defecated somewhere around the lake in the villages which is the primary source of water for the entire community.

Sophea continues “Before, I used to fall sick often, vomiting and diarrhea was regular. I went to the health center a few times every month. I often got a stomachache after consuming food and as a result I used to ask my mother to not send me to school.”

“Not her alone, I was affected too. We were often sick with diarrhea and had to go to the doctor.”, says a 34-year-old Mouk Phos, Sophea’s mother. 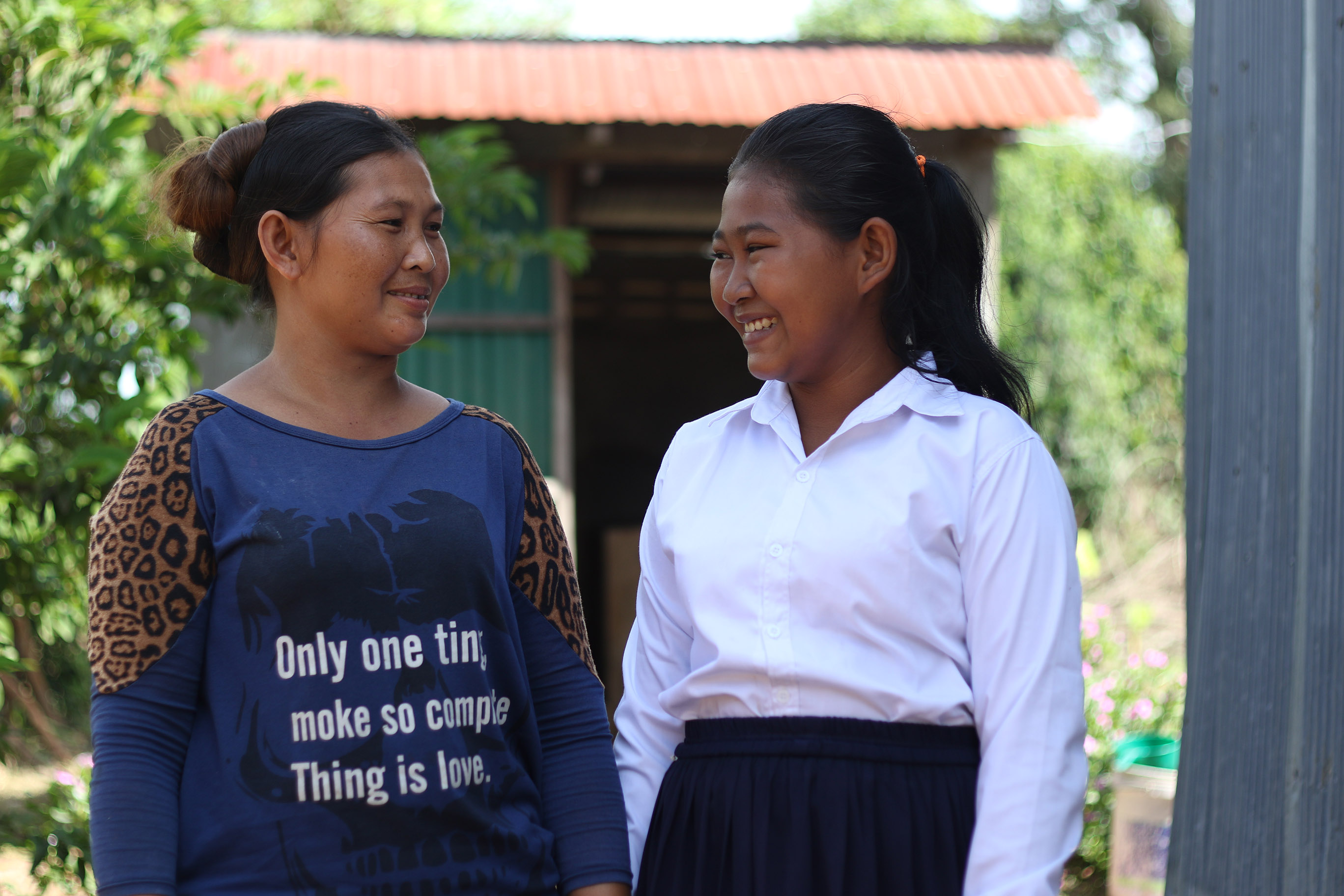 Mrs. Mouk Phos adds “I spent around 120,000 Riels (approximately 30$) every time on treatment while my husband was working as a construction worker in Thailand and could only support the family with 5,000 Baht (approximately 150$) per month. I could manage the household expenses with this kind of money only if we weren’t falling sick so frequently, but since we fell sick 3 to 4 times every month I had to borrow some money from an informal moneylender who charged 5% interest per month. Which meant 5000 Riels for every 100,000 Riels.”

World Vision’s Community School Water Sanitation and Hygiene (CS WASH) project started its implementation in the target community in Svay Chek district Banteay Meanchey since 2016. By employing the Community-Led Total Sanitation (CLTS) approach, hygiene and sanitation campaigns led by trained Sanitation Action Groups (SAGs) aim to change the culture of communities where open defecation free is the norm. This approach is used to empower communities to self-identify that open defecation is an issue that must be addressed together in order to promote sanitation and hygiene to reduce the prevalence of waterborne diseases in the community and among primary school student. 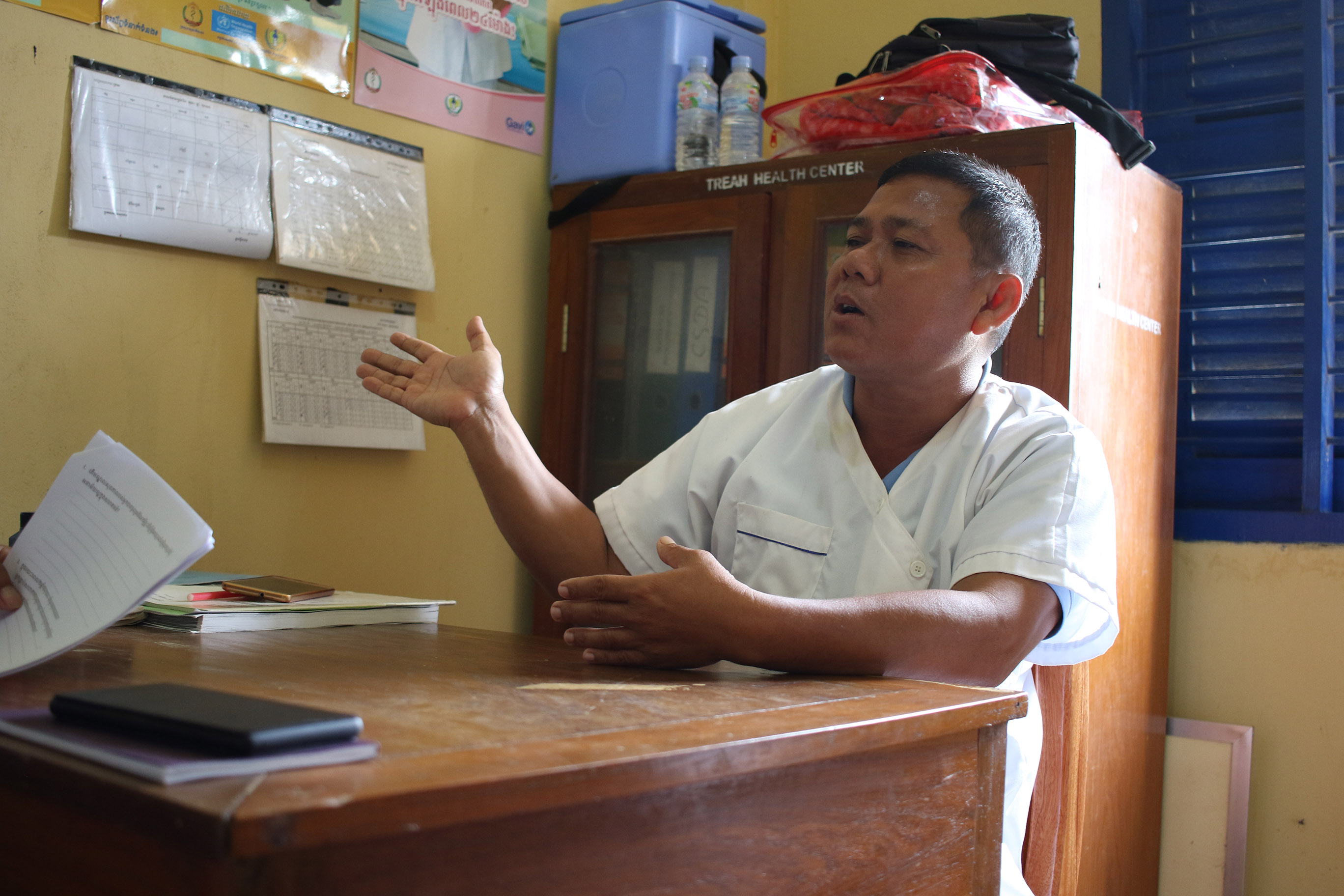 “Almost a hundred percentage of families in the commune have their own toilets at home now and about 5% share with others because some of them are new and some have just started a new family.” said Mr. Khou Sokna, the Commune chief of Treas.

“There is a remarkable change in the behavior of school children now. Before, even while we had toilets the children defecated openly, but now they do not do that anymore. The school has included water and sanitation program into the curriculum and it is taught once a week for an hour.” Shares Vice Principal of Sras Cheng primary school. 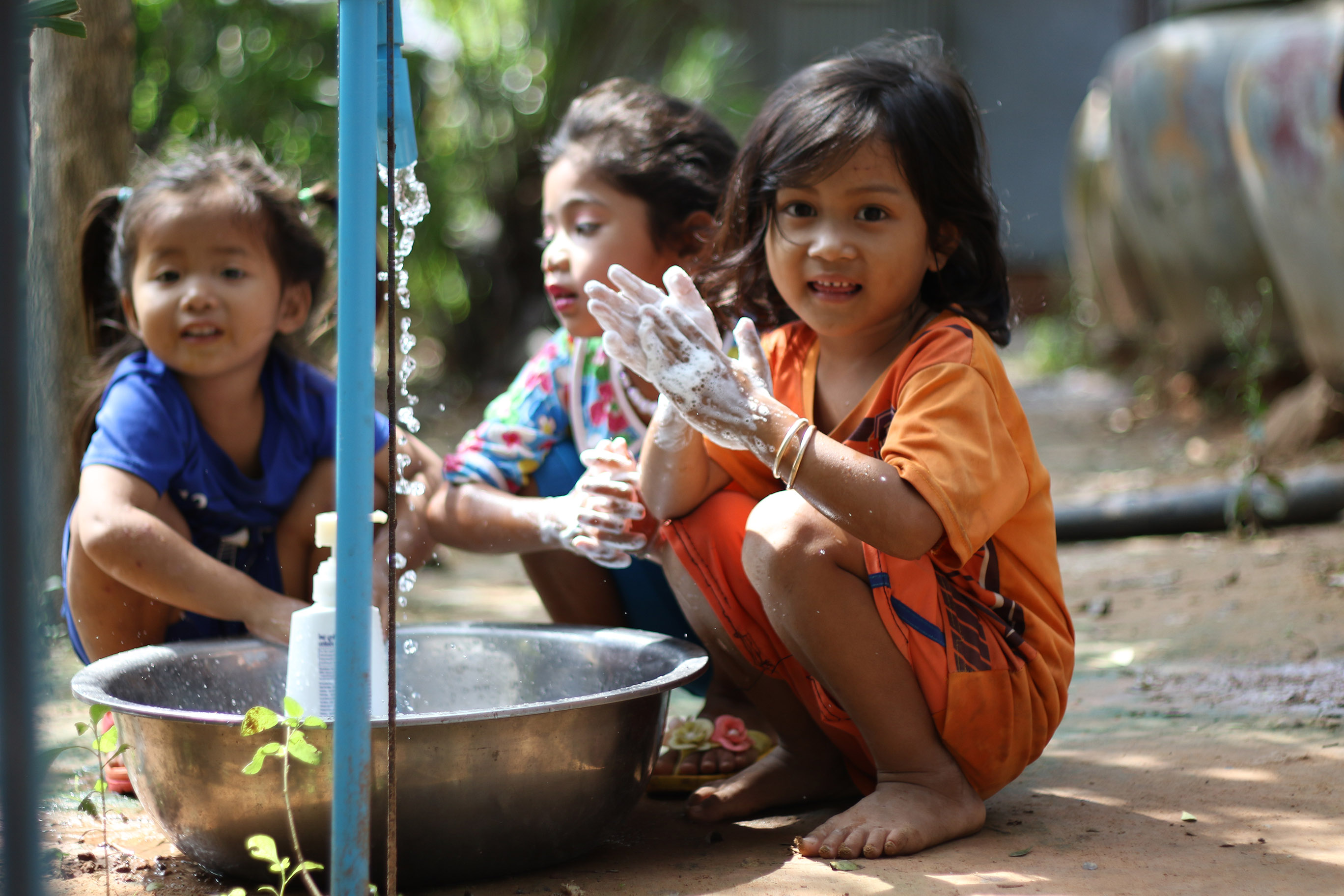 “In the past 3 years, children in the community have experienced frequent diseases caused through the fecal-oral route due to their exposure to unclean water and a lack of latrines. I noticed that about 50% of children in the commune lacked nutrition, compared to the current situation which is down to only 5%.” said the Deputy Chief of the health center, Mr. Ouern Someth,

With a bright smile, Sophea says: “I am so happy and glad that I have my own toilet now. I am happy that I do not have to travel far or in the rain. My family and I are much healthier and happier now.

Sophea’s mother adds, “It would have been better and more cost effective if I had decided to build the toilet earlier because the money I spent on medicines and consultation was far greater than what it took to build a new toilet. Thanks to the consultant by Sanitation Action Groups(SAGs) for all the encouragement and help, I now have a toilet.”

She also adds, laughingly: “I advised my younger sister who just got married to install a new toilet for her family. I quoted from my own experience and told her that she’ll be saving a lot of money and will lead a happier and healthier life by doing so.”

In addition, along with our private sector partner, World Vision CS WASH has supported this community to build new piped water connection system in May 2018 which expects to make better access for 569 households with 2,447 community people (1,235 females) within 2 villages; 720 children, 199 Registered Children, and 10 People Living with Disabilities to this improved water source. As a result, 85% of people in these areas drink a clean water and 38.6% of households have accessed to clean water from this piped water connection based on the progress report in September 2018.

Finally, the commune chief thanked the WVI-C for their support to the commune who have helped through financial aid and technical support on improvement of Water Sanitation and Hygiene. He went on to suggest that WVI-C should look to expand the CS WASH implementation to 6 more villages in the Treas commune.

This story is written by Makara Eam, a communicator with World Vision.