Stories and Photos by: Jason Amoo

The Savelugu cluster of World Vision Ghana held a soccer tournament for girls in Savelugu within the West Gonja district of the Northern region of Ghana as part of End Child Marriage Now! campaign. A total of 14 teams competed in the maiden edition of the tournament.

The goal of the tournament according to Francis Gumah, the Cluster Manager for Savelugu, is to use soccer as a tool for mobilising and educating community members about the dangers of early child marriage, while ensuring that the menace is eradicated.

“The Soccer clinic is to ensure that girls are able to advocate for their own rights to make sure that their parents do not give them out before they attain the age of 18, and we are using soccer because it is the passion of Ghana and enables community mobilization”.

Despite the scorching sun, people turned up in large numbers for the soccer game to cheer the girls playing on.

Although soccer is mostly considered a male sport, it was encouraging to see the girls receive support from faith and community leaders as well as the communities they represented. 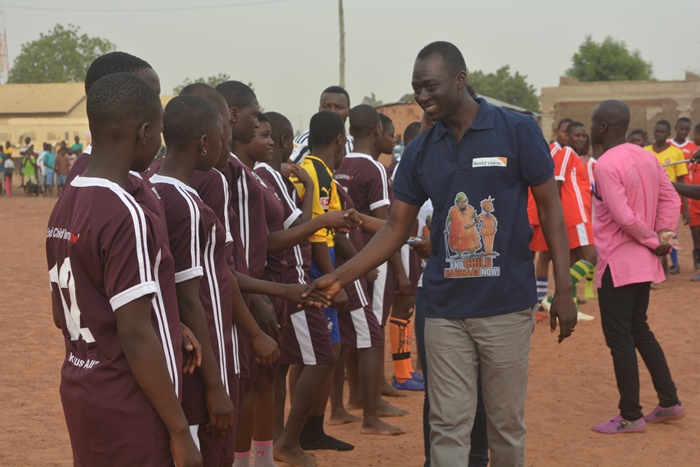 As the teams played against each other, the top teams made their way to the finals after which Pong-Tamale elementary school emerged the winners.

The competitive nature of the tournament made the girls play with keen passion. Many girls expressed how glad they were to have the freedom to play a game that is mostly reserved for boys.

The girls at the beginning of the tournament received coaching from Samira Alhassan, a player of the national team, the Black Queens. Samira groomed and mentored the young girl on football and also counselled them on the need to stay in school and not get married off early.

“I am a northerner and often what I hear is that girls are married off earlier than usual in this region and it disturbs me; that’s why I accepted the offer to come home, train and challenge these girls to rise against any form of early marriage,” Samira noted.

Mariam, a pupil of the Pong-Tamale elementary school team mentioned how encouraging it was to have Samira train them especiall since she (Mariam) was a fan of the Black Queens and has been motivated to aspire for greater heights.

Prior to the commencement of the soccer game some members of the Child Parliament, an advocacy group made up of children from selected schools, engaged community memebers (spectators) on the repercussions of child marriage. This gave both faith and traditional leaders the opportunity to interract with children and parents on measures necessary for mitigating and ending violence against children in their community and beyond. 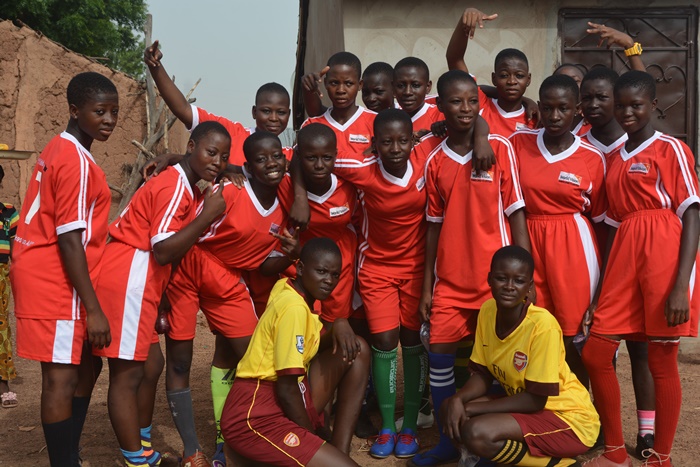 According Francis Gumah, the soccer clinic was an avenue for girls to express themselves and freely talk about issues that affect their development. "This is very effective because we are empowering these children, and parents listening to their children talk about the dangers of child marriage is enough to get some of them to change their minds” he stated.

He added “It is a campaign that has a lot of people on board and has a lot of buy-in and for that matter has agencies that will ensure that as World Vision transitions, they are able to continue this fight of ending child marriage”.

Child marriage cases in the Savelugu-nanton municipality currently stand at 39% and 13% in the West Gonja district. 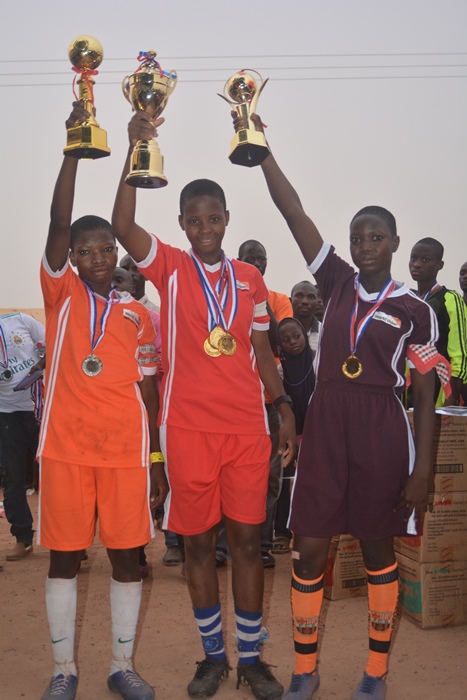