The place was quite but from time to time, peals of giggles and laughter break in the air. Unmindful of the heat and the dust outside, children inside a child-friendly space (CFS) located next to a school in Yambio County were obviously having fun. Among them were 6-year old Anita and 7-year old Faiza. They both ran excitedly as soon as they saw the other children gathering for an activity. Your heart can brim with joy looking at the children. Here they are, in one of the world's toughest places, but obviously there is happiness being shared around generously. 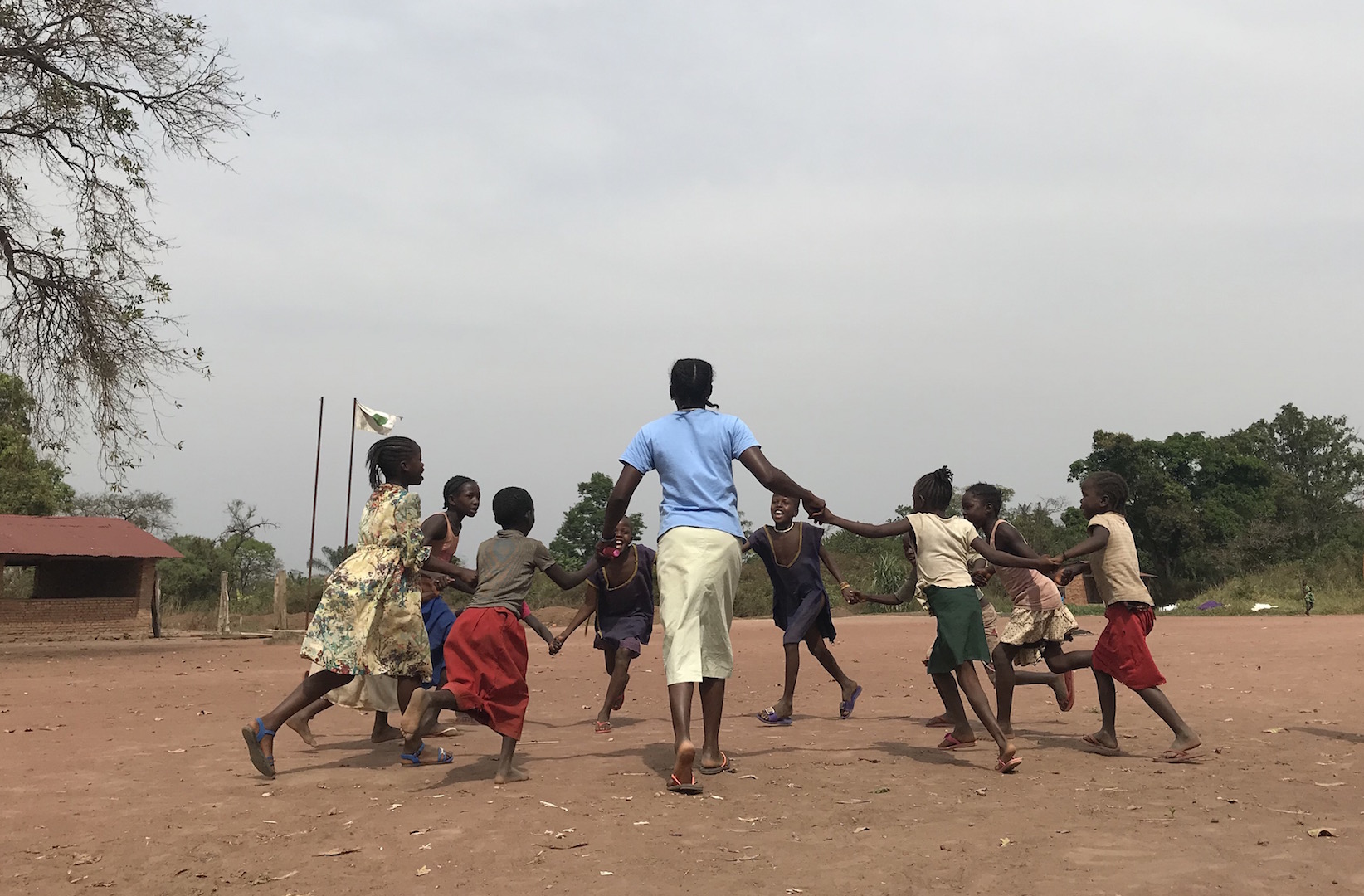 Susan plays with the children. She has become a mother and a big sister providing support and care for their needs.

World Vision has established 15 child-friendly spaces in the county, seven of them in Yambio, which are a haven for learning, play and interaction for close to 10,000 children. Susan Ruben, one of the staff overseeing the CFS said hundreds of children come during break time in school. The play areas, humble as they are, mean a lot for the children who, at the time of the visit, were all engrossed playing and drawing colorful images. 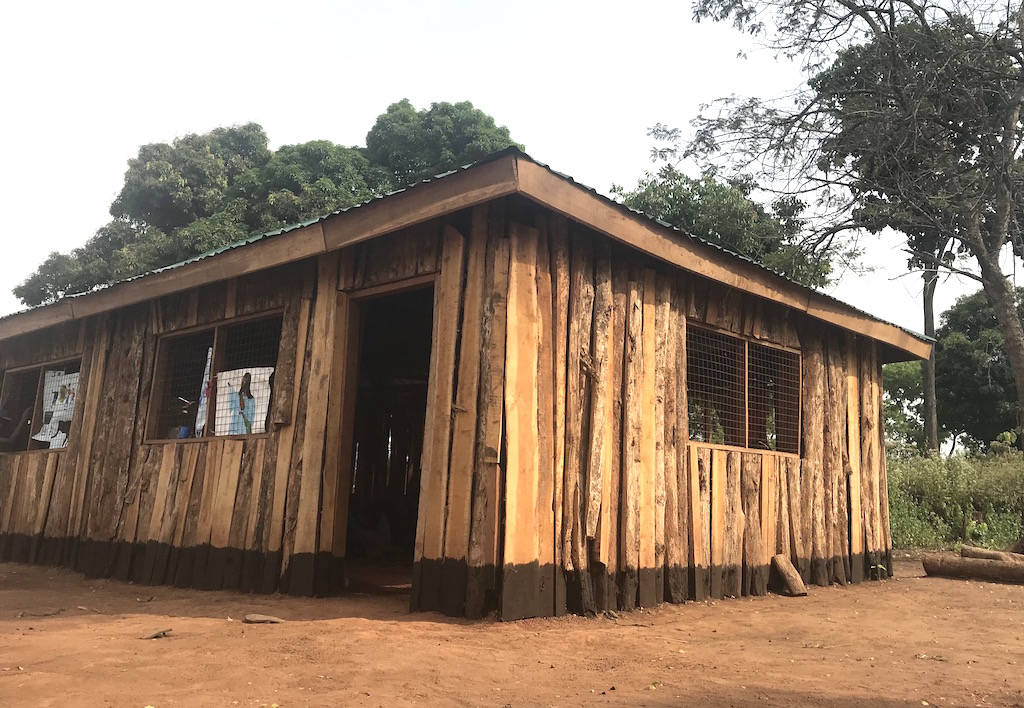 One of the child-friendly spaces that World Vision has built in Yambio County.

Charles James, 14, has drawn a group of children on their way to the school. He said he wants to be a teacher someday. “I want to become a commissioner”, John, 12, declares. The staff said there was an event in the village last week and that was probably where he saw government officials he dreams to become someday. Over 1,100 children attend activities and spend time in Yambio’s seven CFSs. 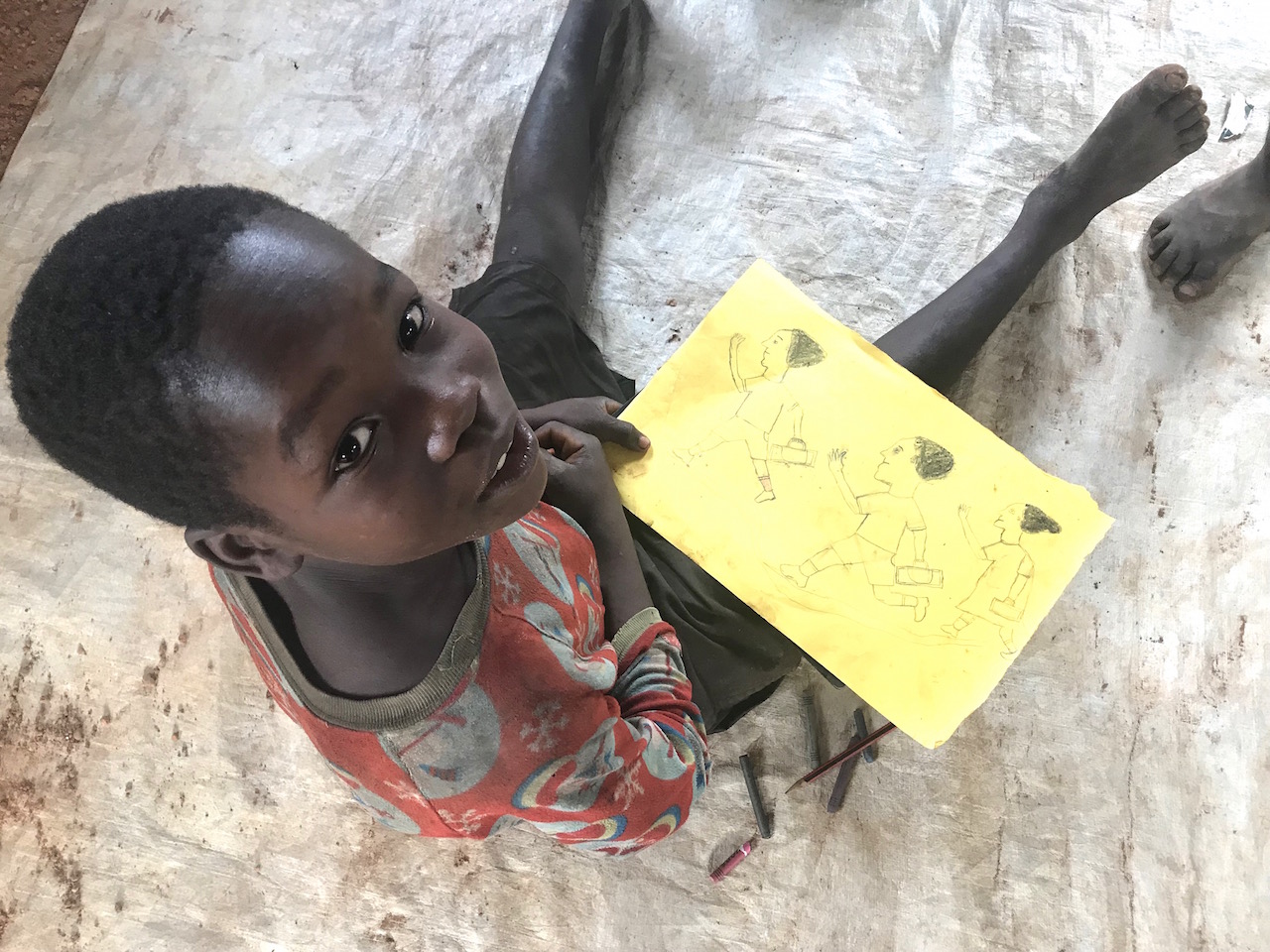 Charles James wants to become a teacher someday. He has drawn children going to school.

A UN report  underscored that out of the four million who were internally-displaced because of the conflict in the country, 60 percent are children. In addition to this, 70 percent of school-aged children are not in school. World Vision’s national campaign, “It Takes a Nation to Protect the Future Generation” advocates for protection, women’s empowerment and an end to harmful practices experienced by boys and girls. 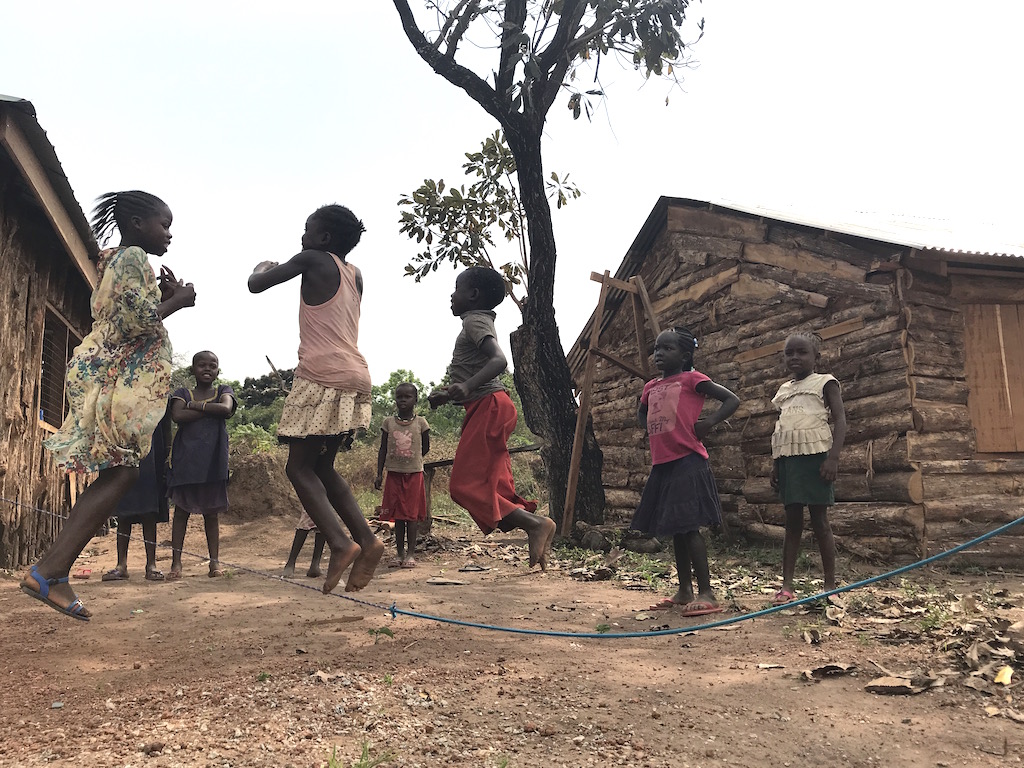 Time to play jumping rope! The space provides opportunity for children to interact and learn not just with adults but with their own peers.

But more needs to be done. Located near the border of South Sudan and the Democratic Republic of Congo, Yambio is also home to World Vision’s interim care centers providing comprehensive support to abducted children turned into child soldiers. World Vision has reached out to over 107,000 children across the country for its protection services and more than 155,000 children for its education projects. 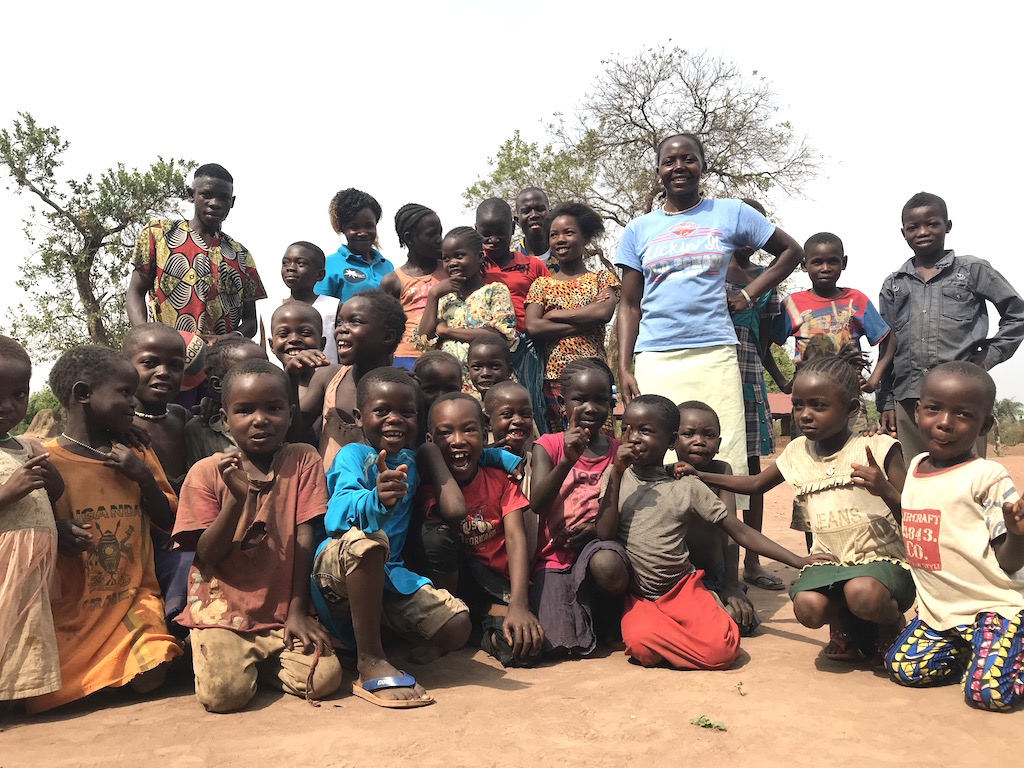