Sitting on the cold mud floor of their small house, *Jamila, had been chewing on chunks of leftover carrots with her four siblings, unaware that these were the last moments she’d be spending with her family; that she - a three-year-old toddler, a quiet girl with shining brown eyes and rosy cheeks - would soon be separated from the comfort of her mother and sisters - forever, and for just US$600.

The choice to sell their daughter - the youngest of five girls - hadn’t come easy, but her parents say that with rising poverty and growing unemployment, it was inevitable. “We are starving; all of us,” her mother Massouma said. “We don’t have anything to eat and we survive picking food from the garbage. That’s why it’s better to sell one of my daughters so that my other four children can survive.” It’s a choice Massouma had never wanted to make, but with her husband unemployed and her children crying for food daily, she didn’t see an alternative.

Jamila had already been born displaced; growing up in a camp of tents and simple mud houses adjunct to Herat’s sprawling suburbs, a city of one million people in western Afghanistan. Years ago, her family had left their native Badghis, a rural province of rolling hills spotted with bright red flowers during spring where water had become too scarce to survive. During the hot and dry summers, most rivers evaporated and groundwater either depleted or was too salty. Jamila’s parents made the move to Herat when farming yields had become too low, pushed by a severe drought that had killed most crops four years ago.

They had hoped for a better life - a steady income, regular job opportunities and education for their children - in Herat, but neither had materialised. They miss their native Badghis; its quietness and serenity; its fresh spring flowers. Years after leaving behind their home and extended family, they were still living in a single-room hut that  Jamila’s father Zaki had constructed himself. They still depended on people’s charity. Things had turned for the worse.

Hunger had been creeping in slowly. The casual labour that Zaki used to pick up daily ceased; the currency deflated with the change of the government last August. “For several days now we didn’t have any flour to bake bread. I managed to collect these carrots because the children were crying and asking for food,” Zaki said, motioning towards his daughters, still chewing their meal. He’s ashamed to admit it: “The farmer had thrown them into the garbage because they weren’t good anymore.”

On the outskirts of the camp that had become the family’s home over the past years, people were often seen preying on children; many of them families unable to have their own, hoping one of the families would agree to an adopting. Others - most of them older men - came in hopes to purchase a young bride.

Jamila wasn’t sold into marriage, but her parents had - reluctantly - agreed to sell her to a family who wasn’t able to have children of their own, and who had hoped to adopt. With adoption still uncommon in Afghanistan, the process is usually handled informally: Jamila’s parents would receive US$600 in exchange for their daughter. No papers would be signed, no government would make sure she’d be treated well. “It’s better to give one of my daughters away instead of having all of them die of hunger. This way, all will survive,” Massouma said, her eyes filling with tears.

The decision had been one she never wanted to make, but since Afghanistan’s government change last summer, poverty and inflation has skyrocketed. Afghans are feeling the economic strain that has since built. Today there still isn’t a functioning central banking system, while billions of Afghan private assets remain frozen. The United Nations estimate that almost the entire population - 95 percent - aren’t eating enough food - and are living below the poverty line. Acute hunger has increased by 9 million people since last July alone; almost five million face acute malnutrition, the majority being children. Many of them die. Massouma hopes that the money for  Jamila will help her family survive as Afghanistan has plunged into the kind of humanitarian catastrophe that has many more families opt for similar coping mechanisms to guarantee survival.

So far, World Vision Afghanistan has been able to provide food, kitchen garden seeds and tools as well as training to more than one million people - families like  Jamila’s. But it’s not nearly enough. Afghanistan is home to almost 40 million people, and many more are in need. We’ve been working here for more than 20 years, and, with your help, we are determined to stay to make a difference for children like Jamila. 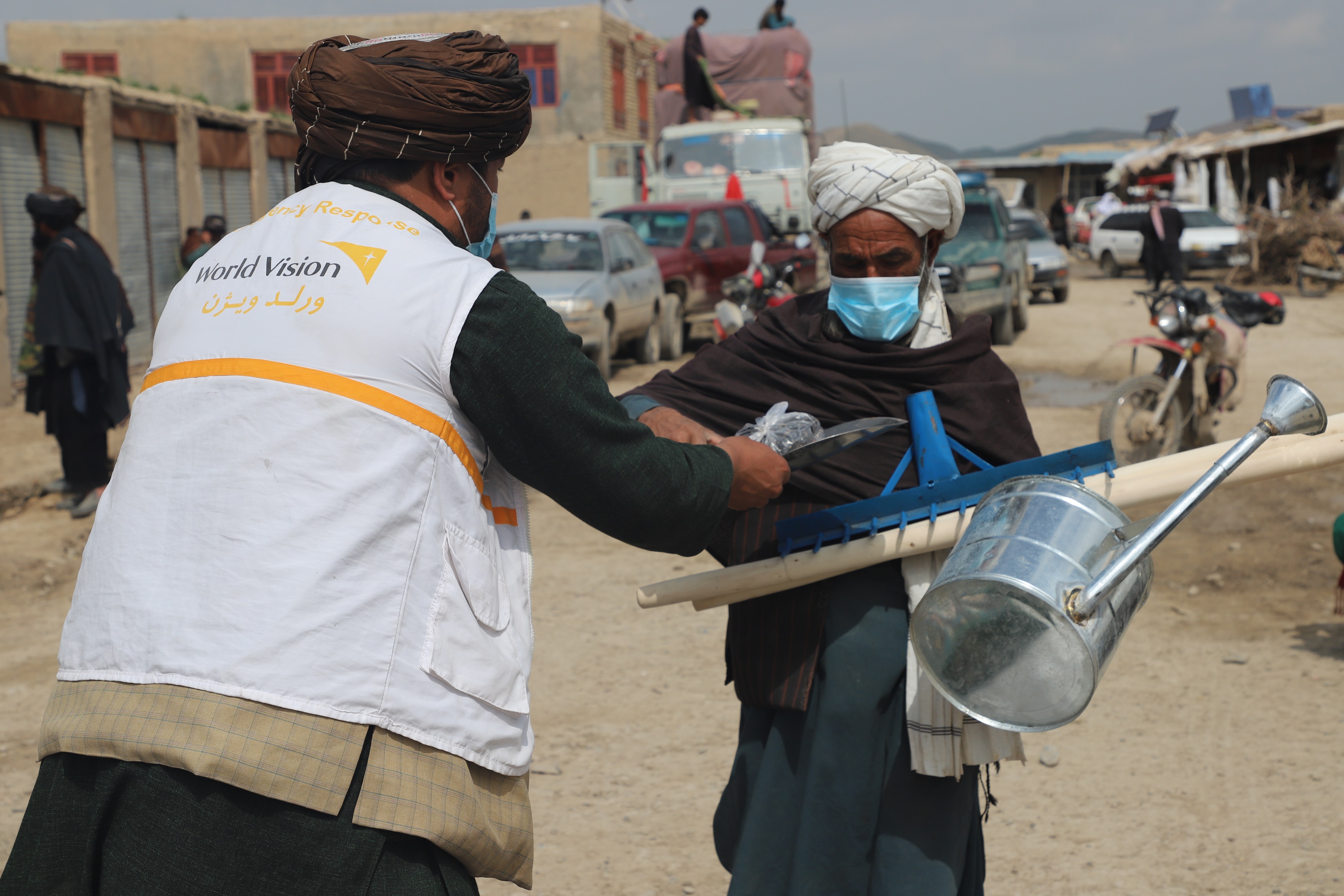