*Names have been changed to protect children’s identities

Esinta* claims to be 16 years old, but looking at her, you would believe that she is much younger. Until, that is, you find out that she is married and expectant.

When Malawi shut its schools in March due to the spreading COVID-19 pandemic, Esinta was in year 4 at primary school. She married a boy soon after schools were closed.

The legal marriage age in Malawi is 18, and World Vision, who runs a development programme in Esinta’s community, has been campaigning to end child marriage through its national It takes a world campaign.

Esinta’s community sprang into action and tried to prevent the marriage. It was brought before the traditional leader Chiwalo, who ruled the marriage illegal and void. Esinta and the boy’s parents were also both made to pay a fine.

But within a few days, Esinta went back to her ‘marital home’ to stay with her husband despite the community efforts. Both parents have tried to reason with their children to come home and accept the annulment, but they are both adamant. And now Esinta is pregnant.

The closure of schools has affected the work of the child protection committee.

James Michael is the chairperson of child protection for Chiwalo in Phalombe District. He took a leading role in trying to rescue Esinta from child marriage. “We have been conducting counseling sessions with them, but they are now set on the marriage,” says Michael.

Michael says that cases of child marriages and teenage pregnancies are not new in the area but have become more common since schools closed due to the COVID-19 pandemic. The closure of schools has affected the work of the child protection committee. In the past, he says, he could send pupils back to school after having counseling sessions with them.

“But now we are failing to convince them of the importance of education because they have no hope for the future,” he concludes sadly. Michael said that so far they have registered ten child marriages with one pregnancy during the lockdown. Malawi’s Education policy further complicates matters; young mothers are suspended for one year before being allowed to re-enrol. 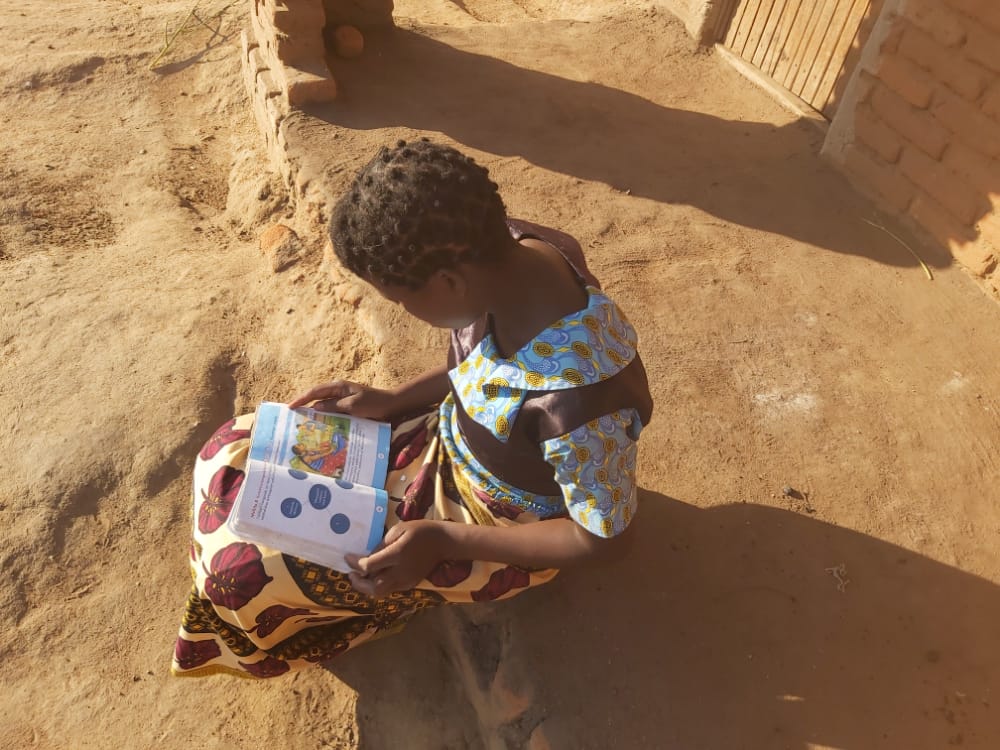 Esinta has no intention of going back to school after delivering her child. To her, schools are closed and chances of reopening are very slim. “I would rather be married than waiting for something that I am not sure of,” she said. “I see no problem being married. I am comfortable, and I will take care of my baby no matter the cost.”

Esinta admits that the closure of schools prompted her to get married because her parents stopped providing her with basic needs like when schools were in progress. “I was lacking many basic needs but am glad that they are now available [thanks to my husband],” said Esinta.

“It will benefit them to end this marriage because it has no future,” said Esinta’s mother.

He commended World Vision Malawi for rolling out good programs that are focusing on teenage pregnancies and adolescent mothers and eradicating barriers that make girls have no access to quality education.

“We can only hope that many girls will go back to their schools once they open,” he says.

World Vision is currently working with the Education Department to run a "Back to Schools campaign” with support of the CVA Committees, Mother Groups and Pastor's Fraternal. Together, they help to bring back to school all learners who have dropped out of school during the pandemic for various reasons.

In our report: COVID-19 AFTERSHOCKS: ACCESS DENIED, we look at how Teenage pregnancy threatens to block one million girls, like Esinta, from returning to school in Sub-Saharan Africa.